Pokémon Legends: Arceus is the engrossing open world adventure Pokémon fans have dreamed of inhabiting since we were kids. It’s not the most graphically perfect game out there, but it’s earnestly charming and clearly dedicated to getting the important aspects of the Pokémon world right.

The spirit of the original franchise comes through in the hidden details, Easter eggs, and discoverable secrets that exist all over the map — here are some of our favorites.

Who needs a compass when you have these little blue dudes?
Credit: Gamefreak

Nosepass are rock type Pokémon with red electromagnetic noses. The Pokédex says their noses align with electromagnetic fields and make the Nosepass function as a walking compass. In Pokémon Legends: Arceus, wild Nosepass will always point due north until they’re distracted by the player or battling. Captured Nosepass don’t seem to retain the ability, though.

2. Sometimes when you let a Pokémon out of their ball, they’re in the middle of a nap. This is the opposite of a surprise, Snorlax.
Credit: Game Freak

One of Pokémon Legends: Arceus‘ more fun features is the ability to chill with your Pokémon whenever you want. Most of the time when you let them out of their Poké Balls they’re ready to chat, play, and otherwise hang out, but it’s also possible that you’ve caught them in the middle of a nap. Sorry, buddy!

3. Your character automatically takes their shoes off inside their house. 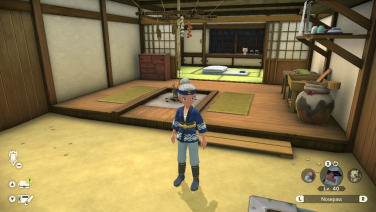 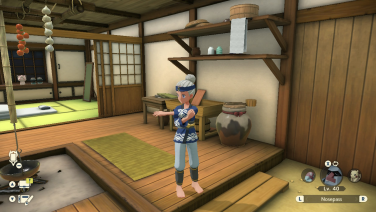 The polite and sanitary tradition of taking one’s shoes off before stepping on someone’s nice clean floors is alive and well in Pokémon Legends: Arceus. Your character will wear their shoes or sandals when they enter their or someone else’s home, but once they cross from the wood to the tatami mat, their shoes automatically disappear.

4. If you complete a village quest with a shiny or an alpha, they’ll stay shiny or alpha in the overworld for the duration of the game. Pokémon Legends: Arceus’ side quests involve capturing a wild Pokémon to give to one of your neighbors, and most of those Pokémon end up staying in the village where you can see them every day. If you happen to gift your neighbor a shiny or an alpha Pokémon, they’ll usually remark on how big or unique it is but keep their special and/or enormous new friend just the same.

It’s technically possible to fill all of the quests with shiny or alpha Pokémon, so there’s a fun challenge for people who want to have an extra cool-looking town.

5. Bringing the wrong Pokémon for the more vague side quests unlocks unique dialogue. Idk, I think both tails are pretty.
Credit: Game Freak

In addition to unique dialogue for bringing a shiny or an alpha, bringing someone the wrong Pokémon for their quest also unlocks some fun responses. For example, the man asking for a Pokémon with a curly tail will be impressed by how cute a Vulpix is but admits he’s looking for a different curly tail.

6. There’s a cemetery in the Coronet Highlands that’s infested with Ghost Pokémon at night. Spooky! Definitely come here at night and see what happens.

7. You don’t have to own the right stones to evolve your Eevee. Most Eeveelutions that require exposure to a particular type of stone require that stone to be held in your inventory. Pokémon Legends: Arceus has all of the Eeveelution stones available to find or buy, but some of those Eeveelutions have a special loophole.

There are magical places on the PL:A map that can evolve an Eevee in your party just by standing near them, so keep an eye out for anything that looks out of the ordinary and save on the cost of some magic rocks 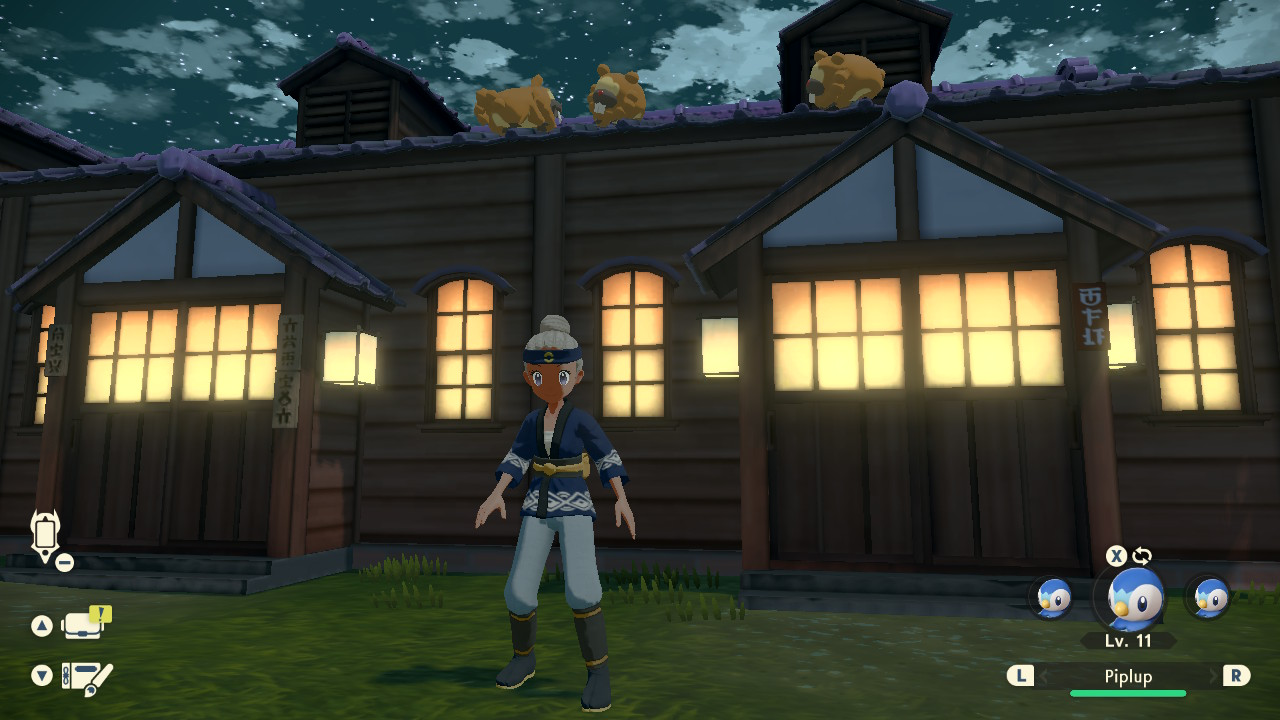 You’ve heard of elf on the shelf…
Credit: Game Freak

After completing the Bidoof side quest, these three little scamps stay in the village to help with construction and sleep here at night. Roof Bidoof!

9. You can get a great view of Jubilife Village from a balcony off Kamado’s office. Between the fact that most of your visits to Kamado’s office cue up a cutscene and the fact that 90 percent of the doors in the Galactic building are useless, it’s easy to miss that the door to the right of Kamado’s desk is functional. It takes you outside to a balcony where you can get the best view of Jubilife town, a closer look at those Magikarp statues, and maybe even a little something else if you look really close. 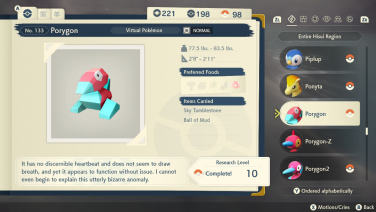 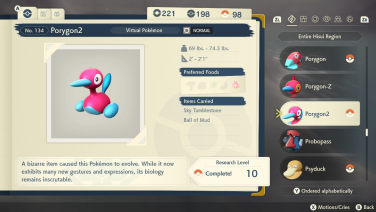 Pokémon Legends: Arceus takes place in the past, long before computers were invented and data-based Pokémon could exist.

You can only catch the “futuristic” Porygon in space-time rifts, and completing its Pokédex page shows that Professor Laventon is having a hard time wrapping his head around what the heck this pink-and-blue thing is. He notes that it has no heartbeat, is “utterly bizarre” and has “inscrutable biology.”

11. Land-dwelling Pokémon get an appropriately sized Poké-raft when they battle in the water. 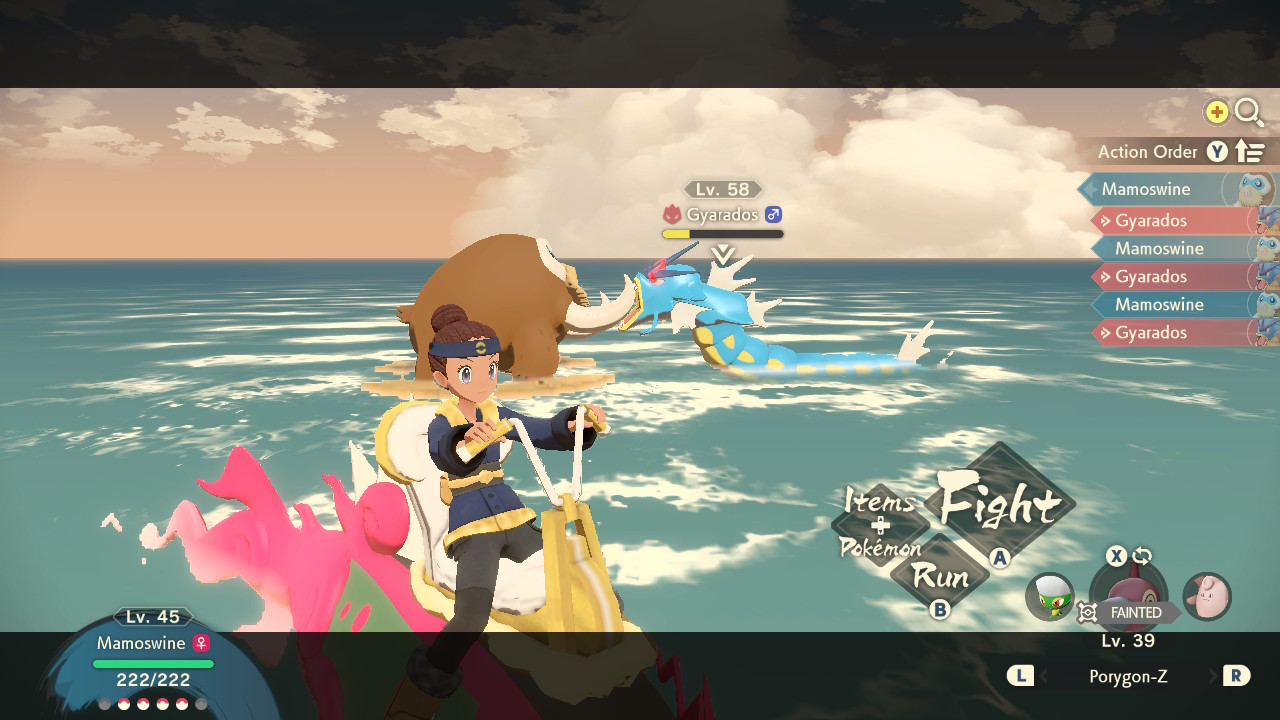 A fish, a mammoth, and a dragon walk into a wooden bar…
Credit: Game Freak

Now we can find out who would win between a Gyrados and a Mamoswine when the Gyrados has home field advantage.