All the biggest news from Netflix Geeked Week 2022 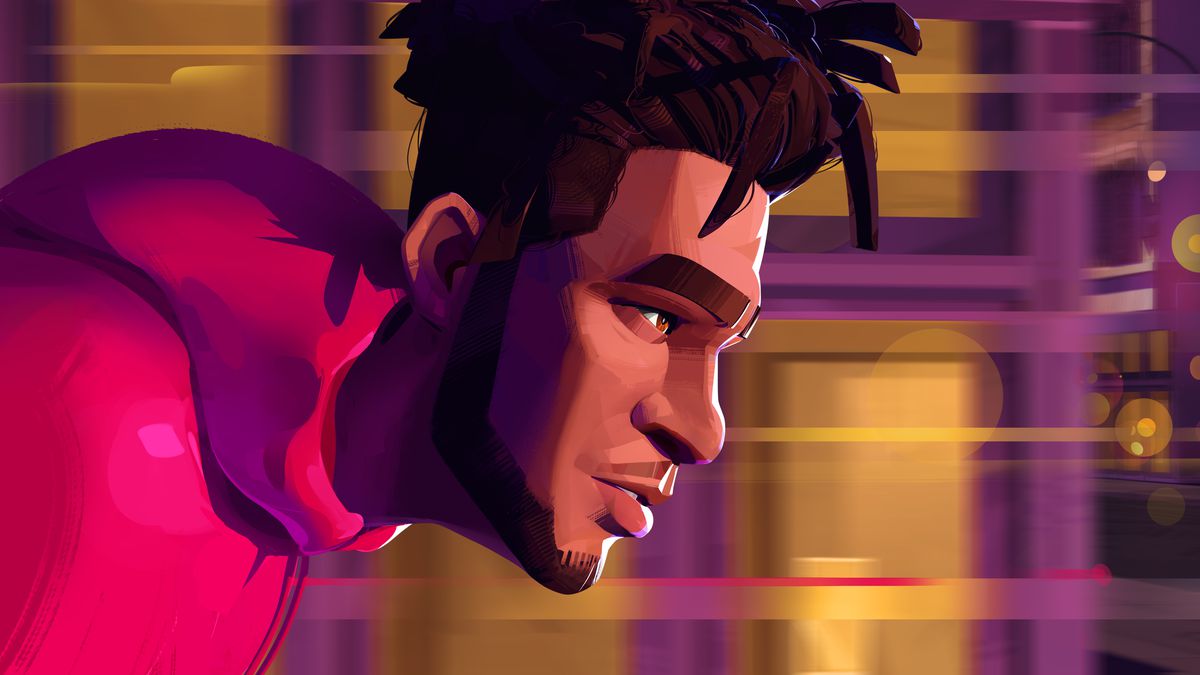 For a second year in a row, Netflix is dedicating an entire week to nerdy new announcements. Geeked Week has returned for 2022, and each day has a different theme. It starts with TV shows on Monday, before moving through film, animation, Stranger Things, and gaming. Basically, there’s going to be a lot to keep track of.

To save you some trouble, we’ll be updating this article daily with the most important and interesting announcements to make things easier to parse — so keep checking back for the latest trailers and reveals.

The Dragon Prince returns for season 4

Fans of The Dragon Prince have been waiting a long time — season 3 wrapped up way back in 2019. But a new trailer reveals what’s described as “the next phase of the saga” for the fantasy story. It’s called “Mystery of Aaravos,” though there’s no word on when it will start streaming.

A first look at Entergalactic

Entergalactic is a gorgeous-looking animated series from Kid Cudi and Kenya Barris (creator of Black-ish). The first trailer not only shows off how much style it has, but also reveals a stacked voice cast. The series is expected to debut this fall.

Last year Netflix confirmed that it was working on an anime spinoff of Kong: Skull Island (as well as Tomb Raider). And while there isn’t a trailer yet, the company did provide a single image of a gigantic footprint.

A Junji Ito animated series in the works

There’s not a lot of detail here, but Netflix announced a new animated series from iconic horror manga creator Junii Ito. You may recognize his distinctive style from terrifying books like Gyo and Uzumaki, It’s called Junji Ito Maniac: Japanese Tales of the Macabre, and it’s coming to Netflix in 2023. In the meantime, you can check out Ito chatting about his work in the video above.

Netflix closed out its animation presentation with the much-anticipated first look at Cyberpunk: Edgerunners, an anime spinoff of CD Projekt Red’s game Cyberpunk 2077. Also important: we now know the series is expected to debut in September.

The Sea Beast represents a pretty big swing from Netflix, going head-to-head with Disney when it comes to blockbuster animated films. It’s directed by Chris Williams — who previously directed Big Hero 6 and served as a writer on Moana — and the latest trailer is filled with plenty of action and other seafaring hijinks. There’s even a cute blue creature. The Sea Beast is due to hit Netflix on July 8th.

A quick glimpse at Troll

Netflix announced a new live-action monster movie called Troll, and while the initial teaser is brief, it’s more than enough to get a sense of the film — and just how big this troll really is. Troll doesn’t currently have a premiere date.

A behind-the-scenes look at Day Shift

In Day Shift, Jamie Foxx plays a regular dude who cleans pools during the day, but has a secret life as a vampire hunter at night. Unfortunately, we don’t have a new trailer for the movie, but Netflix instead released some behind-the-scenes footage that at least shows off some cool car chases and gunfights. Day Shift is coming to Netflix on August 12th.

The debut trailer for Blasted is short, but it manages to cram a lot into that time. It starts out at a wedding, moves to a paintball game, and before you know it there’s a full-on alien invasion. I have no idea what’s going on, but it looks like a lot of fun. I mean, it has the tagline “bros before UFOs.” It’s slated to hit Netflix on June 28th.

A short look at Jordan Peele’s Wendell and Wild

Netflix has steadily been building up its library of original stop motion projects, and one of the latest was co-created by none other than Jordan Peele. Wendell and Wild is described as “an animated tale about scheming demon brothers who enlist the aid of 13-year-old Kat Elliot, a tough teen with a load of guilt, to summon them to the Land of the Living.” The new clip shows a child running terrified through a hallway, before making a very creepy discovery. The movie is due to hit Netflix in October.

A closer look at Spiderhead

Spiderhead has already looked plenty strange and unsettling in its first trailers, and a new extended clip gives a closer look at how this sci-fi prison experiments on its inmates. If it looks intriguing, well good news: it coming out very soon, with a June 17th premiere date.

An extended action sequence from The Gray Man

The Gray Man is a big tentpole for Netflix’s celebrity-filled summer slate, and this new clip gives a good idea of how fun it will be to watch Chris Evans and Ryan Gosling square off against each other. The movie is reportedly the streaming service’s most expensive to date — and it hits Netflix on July 22nd.

The School for Good And Evil gets its very first teaser

On paper, The School for Good And Evil sounds incredible. Directed by Paul Feig, the fantasy film also has an all-star cast featuring the likes of Charlize Theron, Kerry Washington, Laurence Fishburne, and Michelle Yeoh. And thankfully, it also looks great in the first teaser. The School For Good And Evil doesn’t have a premiere date yet, but it’s expected to debut this fall.

Tim Burton is back doing Tim Burton things with this Addams Family spinoff. The teased doesn’t show much of the show, but it does give the first proper glimpse at Jenna Ortega in the title role. The series is listed as “coming soon.”

Fans of Mike Flanagan’s brand of horror — which includes The Haunting of Hill House, The Haunting of Bly Manor, and, most recently, Midnight Mass — are in luck this Halloween. The showrunner’s next series, co-created with Leah Fong, looks to bring much of that same kind of terror when The Midnight Club hits Netflix on October 7th.

We still haven’t seen the show in action, but a new teaser for Netflix’s take on One Piece shows off some of the art and set design behind the upcoming live-action adaptation.

This isn’t the first time we’ve gotten a glimpse at Netflix’s live-action Resident Evil series. But the newest trailer does offer something very important: a look at some terrifying undead dogs.

Finally, we have a proper look at the live-action adaptation of Neil Gaiman’s beloved The Sandman. The new trailer is equal parts dark and dreamy, and also comes with a bit of news: the show will hit Netflix on August 5th.

A brief tease of Guillermo Del Toro’s Cabinet of Curiosities

The first teaser for the horror anthology doesn’t really show much of what you can expect, but it does detail some of the key names behind the project. While del Toro himself is the showrunner and executive producer, he’s managed to recruit some notable writers and directors from movies like Mandy, The Empty Man, and Splice. The easer, meanwhile, reveals some new cast members: Eric André, Sofia Boutella, Ismael Cruz Córdova, Rupert Grint, Kate Micucci, and Charlyne Yi. The series doesn’t have a release date, but it’s expected to debut this year.

The heartwarming post-apocalyptic adventure Sweet Tooth is coming back for a second season. And while we don’t have a proper trailer just yet, Netflix released a behind-the-scenes video confirming that filming has wrapped up. Netflix says season 2 is “coming soon.”

The first teaser for season 3 of Locke and Key

Locke and Key took a darker turn for its second season, and based on the latest trailer, it appears that trend will continue in season 3. The generation-spanning story about magical keys looks like it will be deadlier than ever, and the new teaser also marks the return of a very important villain. Season 3 will mark the end of the series, and it debuts on August 10th.

A clip of Fate: The Winx Saga season 2

Ahead of its next season, Netflix has released a brief clip of Fate: The Winx Saga, focused on a new earth fairy character named Flora. Season 2 doesn’t have a premiere date yet, but Netflix says it’s “coming soon.”

A first look at season 2 of Warrior Nun

If you missed out on Warrior Nun when it debuted, this new trailer will show you A) why you need to catch up immediately and B) why you should be excited for season 2. There’s lots of dark magic and tense shootouts, plus, it appears that the titular warrior nun can now walk on water. Season 2 is expected to hit Netflix sometime this winter.

Filming has wrapped up on Shadow & Bone season 2

We don’t have a trailer for the second season of Shadow & Bone, but Netflix did confirm that production has wrapped, so we’ll likely hear more news — including a premiere date — very soon.

Manifest gets a trailer for season 4

Netflix picked up Manifest — one of a surprisingly large number of shows about disappearing planes — for a fourth season, and debuted a trailer for the series at Geeked Week. The streamer also revealed just how big the season will be: season 4 will be divided into two parts, each 10 episodes long, though we don’t have a premiere date yet.

All of Us Are Dead renewed for season 2

The first season of All of Us Are Dead did something pretty remarkable: it was a zombie story that felt fresh and interesting. So it’s great news to learn that a second season is in the works, though there aren’t any details yet, nor a release timeframe.

1899 is a mix of mystery and horror, and the first teaser reveals just what a tense combination that can be. The period piece stars Emily Beecham, and comes from the creators of the German sci-fi thriller Dark. No word yet on when it will debut on Netflix.

A quick look at The Umbrella Academy season 3

We’re not too far out from season 3 of The Umbrella Academy — it hits Netflix on June 22nd — but you can ease that wait with a brief clip of the show, starring a previously swanky hotel.