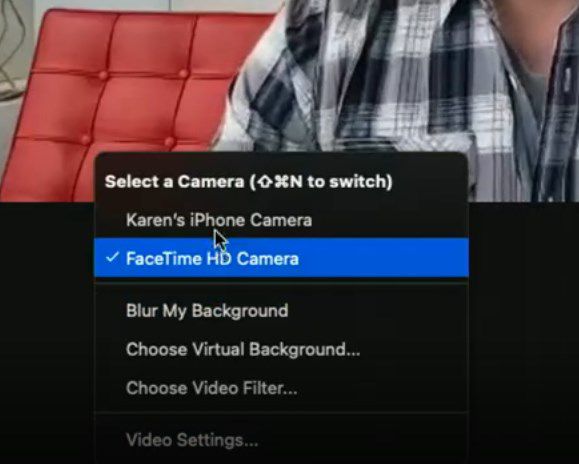 It was easy to laugh yesterday when Apple revealed that you’ll soon be able to stick an iPhone on the back of your Mac to get a better webcam. Some joked that Apple design legend Jony Ive was off crying somewhere. Others wondered whether this was truly the best Apple could come up with after years of grainy MacBook images and how the Apple Studio Display’s camera fell short.

But today, Apple software engineer Karen Xing spent some time explaining how the new Continuity Camera feature for macOS Ventura will actually work at WWDC 2022 — and it sounds seriously impressive. It could make your iPhone a full-fledged camera for Mac, one that does most everything you’d expect and more.

If you don’t want to watch a 20-minute presentation, here’s the TL;DR:

macOS will detect your iPhone as a camera and microphone, period, so every camera app should work. While Apple only showed off FaceTime and mentioned Zoom, Teams, and Webex during the big WWDC 2022 keynote, developers shouldn’t need to do anything to their apps for them to work.

You get Portrait Mode, “Studio Light,” and Center Stage options regardless of the app, too. They’re in a Control Center dropdown menu, alongside your iPhone’s battery.

You can turn your iPhone to any orientation, and it’ll still work. You get a zoomed-in effect if your iPhone’s in portrait orientation. Here’s a quick and dirty image slider of the difference: 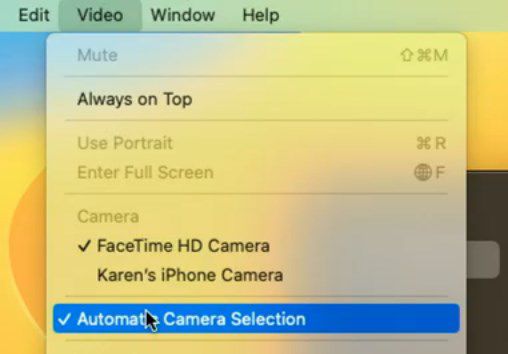 It works wired — not just wireless. USB cables are fine if you’re worried about interference or your iPhone staying charged.

Apps can let your Mac capture photos and video from your iPhone, too. Plus, it can optionally pass along face detection and body detection “metadata,” which sounds a little intriguing and a little creepy at the same time. Captures max out at 1920 x 1440 and 60fps.

There’s an API for Apple’s nifty Desk View mode, too. Apple figured out a way to bend and crop images from the iPhone’s super-ultrawide lens to let you show off things on the surface of your desk without moving your phone. That’s available for app devs, too, and Xing showed it off as a way to present in Zoom:

Unfortunately, none of this works with those old iPhones you’ve got sitting in a drawer. Continuity Camera requires iOS 16 in addition to macOS 13, Xing revealed — and unfortunately, the iPhone 6S, 7, and first-gen iPhone SE and earlier won’t be getting the iOS 16 software update. That’s a shame because it feels like it could be a great way to make use of an older phone that doesn’t have resale value. Still, there are other ways to turn an old spare phone into a webcam.

Formula One driver Zhou Guanyu likely wouldn’t be alive today if it weren’t for the partially closed titanium device that formed a protective layer...
Read more

One of the best ways to restore space to your computer or phone — or to fix a problem that may have been caused...
Read more

Chevy’s first foray into non-fungible tokens was a non-fungible dud. The automaker netted zero bids for its first NFT during an auction last month,...
Read more

One of the best ways to restore space to your computer or phone — or to fix a problem that may have been caused...
Read more
Feature news

How arson led to a culture reboot at Traeger, with CEO Jeremy Andrus