Apple Music Voice plan: Cheap, but you’ll have to put up with Siri 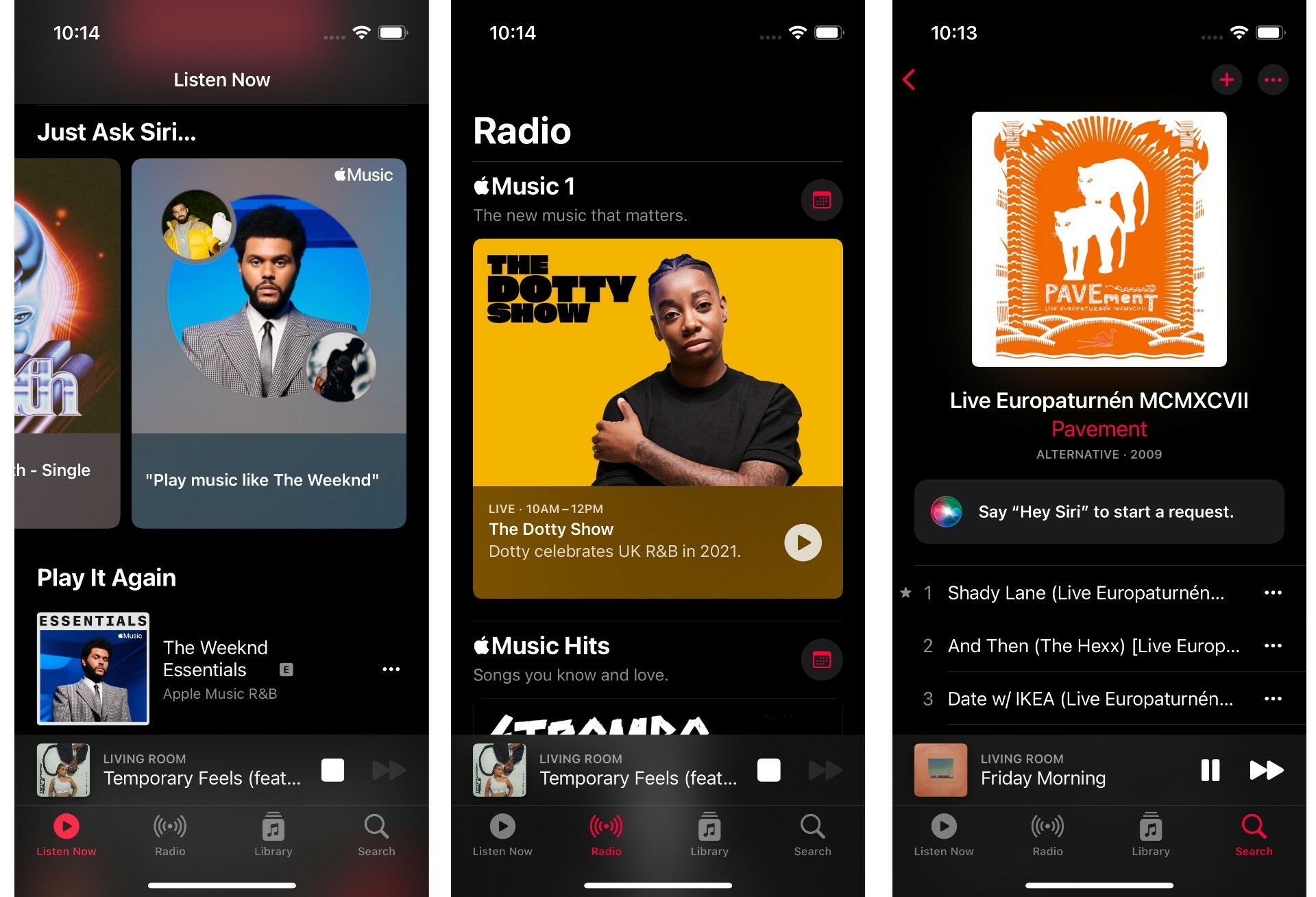 What if you could pay less for music, but you had to rely on Siri to play it?

That, in short, is the value proposition of Apple’s latest music plan, Apple Music Voice. And it works — but it’s definitely not for everyone.

Apple sent me a HomePod mini and an iPhone mini so I could test out Apple Music Voice. I’m fairly deeply invested in Apple’s ecosystem of devices, apps, and services, but I haven’t yet used a HomePod mini, nor was I ever a heavy Siri user. To add to that, I’m a voracious music listener with a big collection and subscriptions to all major music streaming services, and I like to tinker with my music choices. Pretty tough test for Apple’s new “Siri first” approach to music, then.

Setting up was simple and in tune with the Voice plan’s name. I initialized the HomePod mini and said, “Hey Siri, start my Apple Music Voice trial,” and that was enough to start a 7-day preview plan. Pretty cool, though things got less cool once I fired up Apple Music on the iPhone. The thing is, Apple Music Voice is truly a voice music plan, and it doesn’t really work that well on an iPhone. The Apple Music app looks half-baked, and it only gives you previews of songs, nudging you to go through Siri at every corner.

Given that the idea is to rely on Siri for your music needs, that’s what I did. But first, here’s a rundown of what you actually get and don’t get with the Apple Music Voice.

First of all, it’s cheap: $4.99 per month after three trial months, which is half the price of the regular, $9.99 Apple Music subscription. For the money, you get access to the entire Apple Music catalog, with zero ads, but you have to chat with Siri to get the music to play; Apple Music app on your phone will only give you previews. You also don’t get Spatial or Lossless audio quality, or the ability to create playlists or see music lyrics.

Ad-free music for half the price sounds like a pretty sweet deal, but the reality of it is that it only works if you’re not very particular about what you’re listening to. I’d tell my HomePod, “Hey Siri, play something I like,” and it would start something akin to my personal mix tape. Commands like “Hey Siri, play something else,” or “Hey Siri, play some rock and roll” would also work, and Apple mostly did a good job of choosing what I wanted to hear. Finally, if I wanted to listen to a particular track, I could ask Siri for that, and it would comply — and continue to choose similar music after the track was over.

It worked most of the time. But I’m a playlist guy; I love to choose the next track on my phone, again and again. Apple Music Voice simply isn’t designed for that. At a house party, I wasn’t the DJ anymore; Siri was. It may work for some users, but long term, I’d rather upgrade to get more control over what I’m listening to.

Also, Siri’s typical quirks apply. Sometimes I just couldn’t get it to play the right track, no matter how much I tried to speak clearly. And sometimes it was me that was the problem. On one occasion, I wanted to listen to some Khruangbin, only to realize I’m not sure how to pronounce that. After I looked it up and gave it a try, Siri understood it right away. Again, if you’re happy with having Siri choose the music, you won’t have to give her commands very often. If you’re the tinkering type…a full Apple Music subscription might suit you better.

To make Apple Music Voice a bit more compelling, Apple says it added “hundreds” of mood and activity playlists that you can invoke through Siri. These include stuff like “daydreaming playlist,” “vacation playlist,” or “playlist for a day in the park.” I wasn’t able to find an official list of these, but the choice is big enough that simple guessing will often do. This wasn’t without issues either; for example, to my request to play “chillout” music, Siri would play “chill house,” which isn’t exactly the same thing.

There are other limitations. Apple Music is available much more widely than Apple Music Voice. More precisely, you can only get the latter in Australia, Austria, Canada, China, France, Germany, Hong Kong, India, Ireland, Italy, Japan, Mexico, New Zealand, Spain, Taiwan, the United Kingdom, and the United States. This may change in the future, but for now, if you’re not in one of these countries, forget about Apple Music Voice.

Is it worth it?

Apple Music Voice will cater well to a particular type of music listener: Someone who likes music but isn’t too picky about particulars. It also saves five bucks per month compared to the regular Apple Music plan – money that could go toward a HomePod mini purchase, for example. In fact, it’s the cheapest ad-free music streaming plan around, if you don’t count student plans.

The lack of Spatial and Lossless audio does sting a little, but I bet the primary source of frustration with Apple Music Voice will be lack of playlists and the inability to play full songs without using Siri. If you can put up with that, all the other drawbacks will seem minor in comparison.

My verdict is that it’s a decent first step into the world of Apple Music. Try it out, and if you don’t like it, you can always upgrade to a regular Apple Music plan.