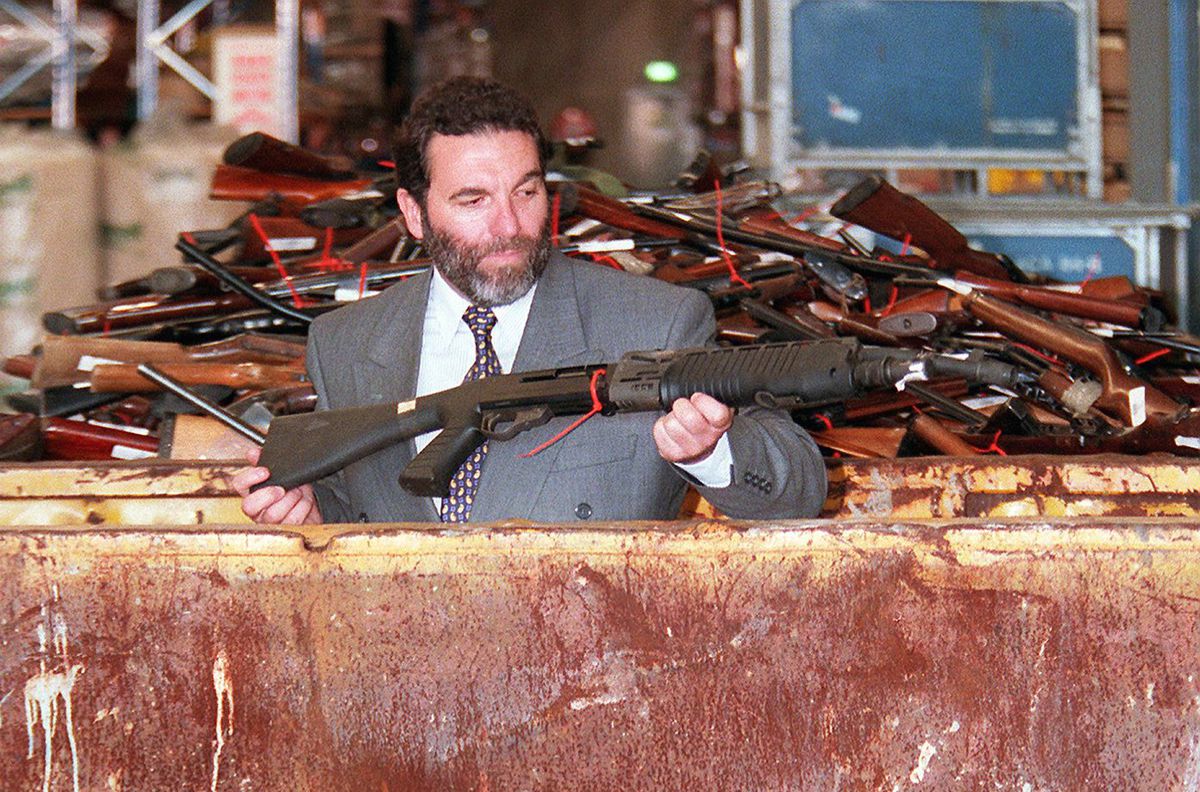 Tuesday’s shooting in Uvalde, Texas, has already kicked off another national debate about gun control. It is worth considering, as one piece of evidence about what policies do and do not work, the experience of Australia in the late 1990s.

Between October 1996 and September 1997, Australia responded to its own gun violence problem with a solution that was both straightforward and severe: It collected roughly 650,000 privately held guns. It was one of the largest mandatory gun buyback programs in recent history.

And there’s decent reason to think it worked. That does not mean that something even remotely similar would work in the US — they are, needless to say, different countries — but it is worth at least looking at Australia’s experience.

On April 28, 1996, a 28-year-old man with a troubled past named Martin Bryant walked into a cafe in Port Arthur, a tourist town on the island of Tasmania, and opened fire with a semi-automatic rifle. He killed 35 people and wounded another 28.

Australia’s prime minister at the time, John Howard, had taken office just six weeks earlier at the head of a center-right coalition. He quickly drew a very clear conclusion from the Port Arthur killing: Australia had too many guns, and they were too easy to get.

“I knew that I had to use the authority of my office to curb the possession and use of the type of weapons that killed 35 innocent people,” Howard wrote in a 2013 op-ed for the New York Times. “I also knew it wouldn’t be easy.”

Howard persuaded both his coalition and Australia’s states (the country has a federal system) to agree to a sweeping, nationwide reform of gun laws. The so-called National Firearms Agreement (NFA), drafted the month after the shooting, sharply restricted legal ownership of firearms in Australia. It also established a registry of all guns owned in the country, among other measures, and required a permit for all new firearm purchases.

One of the most significant provisions of the NFA was a flat-out ban on certain kinds of guns, such as automatic and semi-automatic rifles and shotguns. But there were already a number of such guns in circulation in Australia, and the NFA required getting them off the streets.

Australia solved this problem by introducing a mandatory buyback: Australia’s states would take away all guns that had just been declared illegal. In exchange, they’d pay the guns’ owners a fair price, set by a national committee using market value as a benchmark, to compensate for the loss of their property. The NFA also offered legal amnesty for anyone who handed in illegally owned guns, though they weren’t compensated.

There were fears that the mandatory buyback would provoke resistance: During one address to a crowd of gun rights supporters, Howard wore a bulletproof vest. Thankfully, fears of violence turned out to be unfounded. About 650,000 legally owned guns were peacefully seized, then destroyed, as part of the buyback. According to one academic estimate, this amounted to about 20 percent of all privately owned guns in Australia.

In 2011, Harvard’s David Hemenway and Mary Vriniotis reviewed the research on Australia’s suicide and homicide rate after the NFA. Their conclusion was clear: “The NFA seems to have been incredibly successful in terms of lives saved.”

Australia’s homicide rate was already declining before the NFA was implemented, so you can’t attribute all of the drops to the new laws. But there’s some reason to believe the NFA, especially the buyback provisions, contributed to those declines.

There is also this: 1996 and 1997, the two years in which the NFA was implemented, saw the largest percentage declines in the homicide rate in any two-year period in Australia between 1915 and 2004.

In the years since Hemenway and Vriniotis’s study, there has been a great deal of research examining the precise effects of the NFA. A 2021 meta-analysis of the available evidence, conducted by the RAND Corporation, found that it’s very tricky to pin down the contribution of Australia’s policies to a reduction in gun violence due in part to the preexisting declining trend — that when it comes to overall homicides in particular, there’s not especially great evidence that Australia’s buyback had a significant effect.

Nevertheless, the RAND authors conclude, “the strongest evidence is consistent with the claim that the NFA caused reductions in firearm suicides, mass shootings, and female homicide victimization.” So why these three effects?

As my colleague Dylan Matthews points out, there is good reason why gun restrictions would prevent suicides. Suicide is often an impulsive choice, one often not repeated after a first attempt. Guns are specifically designed for killing, which makes suicide attempts with guns likelier to succeed than, for example, attempts with razors or pills. Limiting access to guns makes each attempt more likely to fail, thus making it more likely that people will survive and not attempt to harm themselves again.

The logic for female homicide victimization is similar. Women are disproportionately likely to be murdered by male partners as part of a pattern of domestic abuse; an abuser with access to a weapon specifically designed to kill is more likely to murder their partner than they would be otherwise.

And mass shootings are rare events undertaken by a small fraction of individuals; reducing the availability of guns makes it less likely for people who want to engage in such actions to be able to do so. A 2018 study found that in the 18 years before Port Arthur, Australia experienced 13 mass shootings — defined as incidents in which five or more people died. In the years since, the country suffered one such incident (there was also a shooting in 2019 that killed four).

Bottom line: Australia’s gun buyback may well have saved lives, likely by reducing homicides and almost certainly by reducing suicides. Again, Australian lessons might not necessarily apply to the US, given the many cultural and political differences between the two countries. But in thinking about gun violence and how to limit it, this seems like a worthwhile thing to look at.

Update, May 25, 2022: This story has been updated to include recent research on the effects of the Australian gun buyback program.