Crying? Laughing? These ‘Euphoria’ Season 2 memes will make you feel it all. 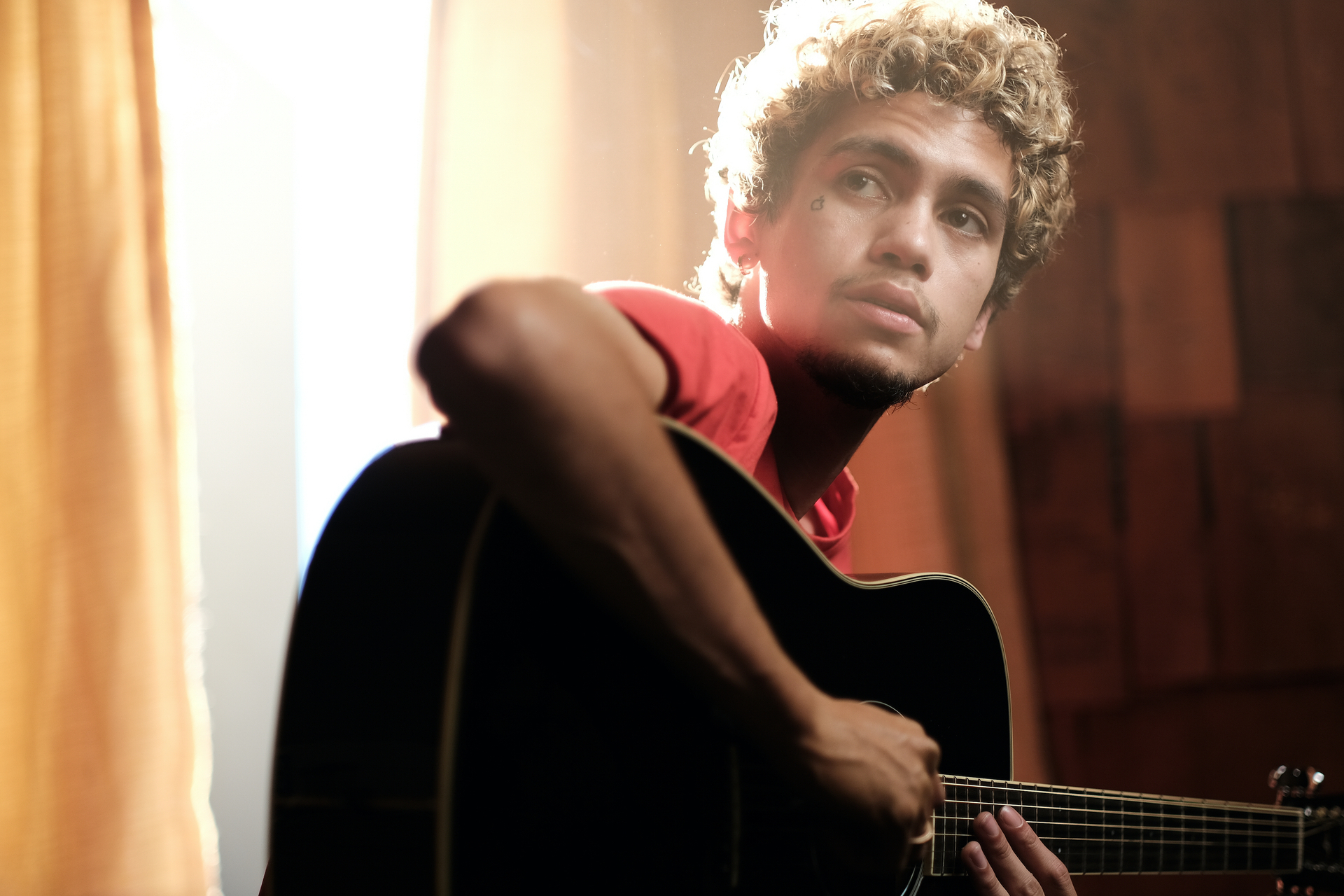 Euphoria‘s second season ended last night (Feb. 27), and so did an era of memes.

Season 2 premiered in January,  and for its two-month duration Euphoria discourse has been inescapable on Twitter and TikTok. Twitter reports that as of last Friday (Feb. 25), Season 2 had been tweeted about 30 million times, making it the most tweeted-about television show of the decade so far. Euphoria is talked about so much on social media that you don’t even have to watch the show to keep up. While many of these tweets are viewers reacting to the show, the show has also inspired popular memes and TikTok trends, successfully overrunning the internet.

Los Angeles Times television editor Matt Brennan argues that the plethora of memes is a result of Euphoria taking itself “painfully” seriously. And he’s right! Much of the online discourse (and meme creation) spurs from the intensity of the show and its signature over-stylized look, which contrasts the mundanity of high school most of us experienced.

Let’s take a look back at the season through the memes and internet trends it spawned.

Euphoria‘s ostentatious outfits and statement make-up has been fueling internet humor since 2019, but it evolved into an inescapable TikTok trend this season. Set to an audio snippet from an episode of Spongebob Squarepants — in which Squidward asks, “And why aren’t you in uniform?” — the trend finds TikTokkers walking into frame wearing an average high school outfit before walking away and reappearing in Euphoria-appropriate attire. The videos usually features text that reads something along the lines of “when you’re leaving for the bus, but you remember you go to Euphoria high.” Over 115,000 videos have been made so far.

Maddy banging on the bathroom door

In the premiere of Season 2, Maddy bangs on the bathroom door at a house party where, unbeknownst to her, her best friend Cassie and her abusive ex Nate are hooking up. It’s a tense and suspenseful moment, so naturally it became a meme. Screenshots of Maddy pounding her fists against the bathroom door circulated Twitter, the clip gained traction on TikTok, and it didn’t take long before Maddy was photoshopped into any imaginable situation.

Cassie hiding in the bathtub

The bathroom scene was so iconic that it inspired yet another meme. When Nate exits the bathroom, Cassie is left hiding in the bathtub, looking scared out of her mind. Cassie curls up in the bathtub with her hand over her nose and mouth, and her teary eyes convey the terror at the prospect of being caught by Maddy as she enters the bathroom.

Users ironically captioned the screenshot of Cassie in the tub with situations where they prefer to conceal themselves, none coming close to the drama of the scene.

Maddy and Cassie aren’t the only Euphoria characters who became internet sensations this season. Fezco, the show’s beloved, soft-spoken drug dealer, was the most talked-about character on Twitter this season thanks to his blossoming relationship with Lexi (according to Twitter, there were over 270,000 tweets about the duo). He also inspired a TikTok trend.

When Fez confronts Rue after a stressful encounter with a drug dealer, he says, “Why you acting like that shit was fun Rue? For real. You pissing me off, acting dumb as fuck right now. God damn, all this smiling and laughing and shit.” The soundbite quickly took off on TikTok, as the soundtrack to people describing annoying situations. Nearly 40,000 videos have been made using the sound.

The season’s third episode gave us the greatest ensemble scene of the show thus far, and like all of life’s greatest moments, it takes place in the girls’ bathroom. Cassie is in the desperate throes of trying to get Nate’s attention through progressively loud outfit choices. She wears a gingham ensemble, which prompts her friends to ask if she’s auditioning for the drama club’s production of Oklahoma. After much confusion, Maddy tells Cassie she’s dressed “like a country music star,” and Cassie asks, “In a good or bad way?” To which Maddy replies, “Bitch, you better be joking” with her signature blunt delivery and skeptical stare.

The screenshot of Maddy saying “Bitch, you better be joking” quickly became a meme on Twitter with users editing the text and Maddy and Kat to make it apply to other TV shows, movies, and songs.

‘I have never ever been happier’

Like the other bathroom scene, both Maddy and Cassie got the meme treatment. Kat asks, “Are you OK Cass?” and Cassie imagines responding with a hysterical monologue where she admits she’s in love with Nate. The monologue climaxes with Cassie cry-yelling, “You can all judge me if you want, but I have never ever been happier!”

Cassie’s meltdown became a TikTok sound before we even knew what a memorable scene it would be. When it was teased in the trailer for Season 2, TikTokker @dcmiegod edited the clip with the song “The Perfect Girl” by Mareux, and it’s been the soundtrack to over 80,000 videos. The sound accompanies users’ describing situations where, like Cassie, they were clearly not at their happiest!

Cassie in HS v. me in HS

A behind-the-scenes bathroom mirror selfie of Sydney Sweeney glammed out in Cassie’s gingham dress became fodder for a meme that, like “Euphoria High,” pokes fun at the unrealistic nature of the characters’ high school attire. Captioned “Cassie in HS v. me in HS,” this meme finds Twitter users posting an image of themselves in high school contrasted with Sweeney’s mirror selfie. Twitter reports that this was one of the four most tweeted Euphoria memes.

Euphoria‘s portrayal of high school has long been a subject of internet debate. Many find the show’s high school setting far-fetched and distracting, while others vehemently argue that their high school was just as messy as East Highland High. A TikTok trend emerged that satirizes that discourse. The trend is text-based, and each video begins with “people say Euphoria is unrealistic, but at my high school…” and then they describe the plot of another absurd TV show, book, or movie.

One example of the trend is @hackedat150k’s video that reads, “People say euphoria is unrealistic but at my high school our weird Spanish teacher snuck into the boy’s locker room and heard a football player singing and blackmailed him into joining the glee club. Then he traumatized his students with a rendition of ‘gold digger.'” Glee ran so Euphoria could walk.

In this meme Twitter users suggest characters that could destroy Euphoria‘s central villain, Nate Jacobs. Or at least put him in his place, since Euphoria‘s creator/director/writer Sam Levinson seemingly can’t. The meme is captioned with something like “get her in a room with Nate Jacobs” or “he could end Nate Jacobs” and are accompanied by a photo of a superior antagonist. Again fans are adding Euphoria to the pantheon of pop culture by putting it in conversation with other iconic TV shows, books, and movies.

In the penultimate episode of the season Lexi debuts her much-anticipated play based on her and her sister Cassie’s lives. Lexi boldly portrays Cassie’s entire friend group in her play. The only thing better than Lexi’s play are the character’s reactions to it. Most notably, Maddy turns to Kat and says, “Wait, is this fucking play about us?” solidifying Maddy as the meme muse of Season 2

This line instantly became a trending audio on TikTok. The soundbite has been used in over 84,000 videos, and TikTokkers are using it to describe instances where they related to a piece of media.

The final noteworthy meme comes from the season finale, in which entire minutes were spent on Elliot (played by real-life singer-songwriter Dominic Fike) singing an extremely repetitive song to Rue. Fans were understandably frustrated, considering how many loose ends were left at the end of the finale — and that frustration resulted in many, many memes. But at least the song itself was written by Zendaya and producer Labrinth, who has composed all of Euphoria‘s signature (and extremely viral) sounds this season.