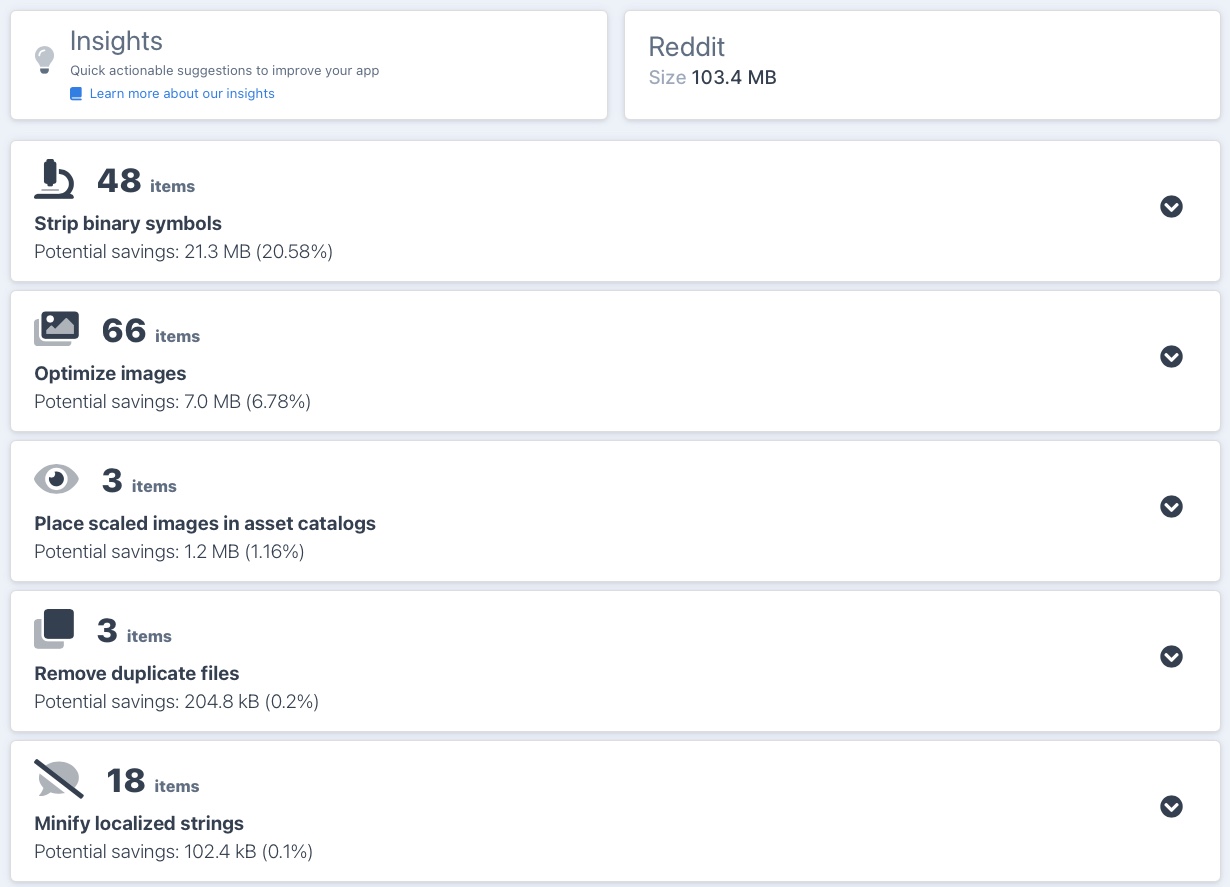 Apps tend to get bigger over time. Adding new features means adding more code, more third-party frameworks, and more assets like images or videos. Resources like fonts or support documents get duplicated, and things slip through the build process without the best optimization or compression.

Keeping apps small has upsides for the users and the developers, but it’s not necessarily top-of-mind all of the time. It’s the kind of thing that, depending on the size of a dev team and its priorities, can get forgotten until someone complains.

Emerge, a company out of YC’s W21 class, is building tools that help to keep apps small — monitoring changes from build to build, and recommending actions that can trim the required storage space.

Why keep apps small? There’s a bunch of reasons, as Emerge co-founder Joshua Cohenzadeh points out. Make your iOS app too big, for example, and the App Store will suggest to your users that they wait until they’re on WiFi — an opportunity for them to lose interest all together (in a recent blog post, Uber said that App Store size limitations cost them up to 10% of installs.) If you’re hoping to build a userbase worldwide, meanwhile, you’ve got to consider that many potential users might be on slower networks or paying by the megabyte — so every byte counts. Plus, who hasn’t been trying to free up some space on their phone and thought “Wait, why the hell is [app x] taking up 400 mb?”

Emerge co-founders Josh Cohenzadeh and Noah Martin have been building things together since they were, quite literally, kids. In highschool they built QuickRes, a menu bar tool for quickly changing the screen resolution on a mac; over the years, they’d build a popular screenshot manager for the Mac, a menu bar widget for controlling a Tesla, and a now-retired tool for A/B testing your Tinder photos that Cohenzadeh says got them on the wrong side of a cease and desist.

After college and stints at big companies, the two decided to stop making what were arguably side projects (or, as Josh lovingly referred to them, “dinky little apps”) and go full time into building a startup. They set out to apply to Y Combinator, and, while brainstorming ideas, came across research on the great lengths users were going to to transfer data in countries with limited mobile networks. This got them looking into where apps were wasting data… and the deeper they dug, the more they realized that app size was something that many teams — even within many big companies — weren’t consistently focusing on.

Emerge provides its insights in a few different ways. It can hook into your team’s GitHub to flag app size changes as comments in each pull request; Emerge’s dashboard, meanwhile, gives you multiple different views into what’s taking up space in your app and suggests ways to slim it down.

The “X-ray” view gives an at-a-glance overview of how much space is taken up by each framework or asset. If you’re only using a certain framework for one or two rarely used features but it accounts for 1/5th of your app’s size, is it worth it? It’ll also highlight files that managed to sneak into your build multiple times. “It’s shocking how many companies have duplicate files,” says Josh.

The “Breakdown” view splits it up by category — how much of your app is the binary itself, how much of it is assets like images or video, etc.

An “insights” tab, meanwhile, offers up the actions that could have the biggest impact on app size — like stripping binary symbols in a Swift binary, using a different image type for a given platform (like HEIC instead of PNG on iOS), or figuring out how to ditch those aforementioned duplicate files.

Curious as to what Emerge might find in your app? There’s one catch: their tools aren’t open to everyone, just yet. They’re currently working with each new company individually — because, as Josh tells me, most of the companies they’re working with require strict security reviews and legal agreements before granting tools like this any sort of access. Emerge plans to launch a “full self-service model” for smaller teams soon, he notes. Pricing varies company by company, based on criteria like number of apps, number of builds, team size, and which platforms they’re building for. When it launched earlier this year, Emerge focused solely on iOS apps; last month the team added support for Android apps.

Emerge recently closed a $1.7M round — its first so far. Cohenzadeh tells me the round was backed by Haystack, Matrix Partners, Y Combinator, Liquid2 Ventures, and a handful of angel investors.