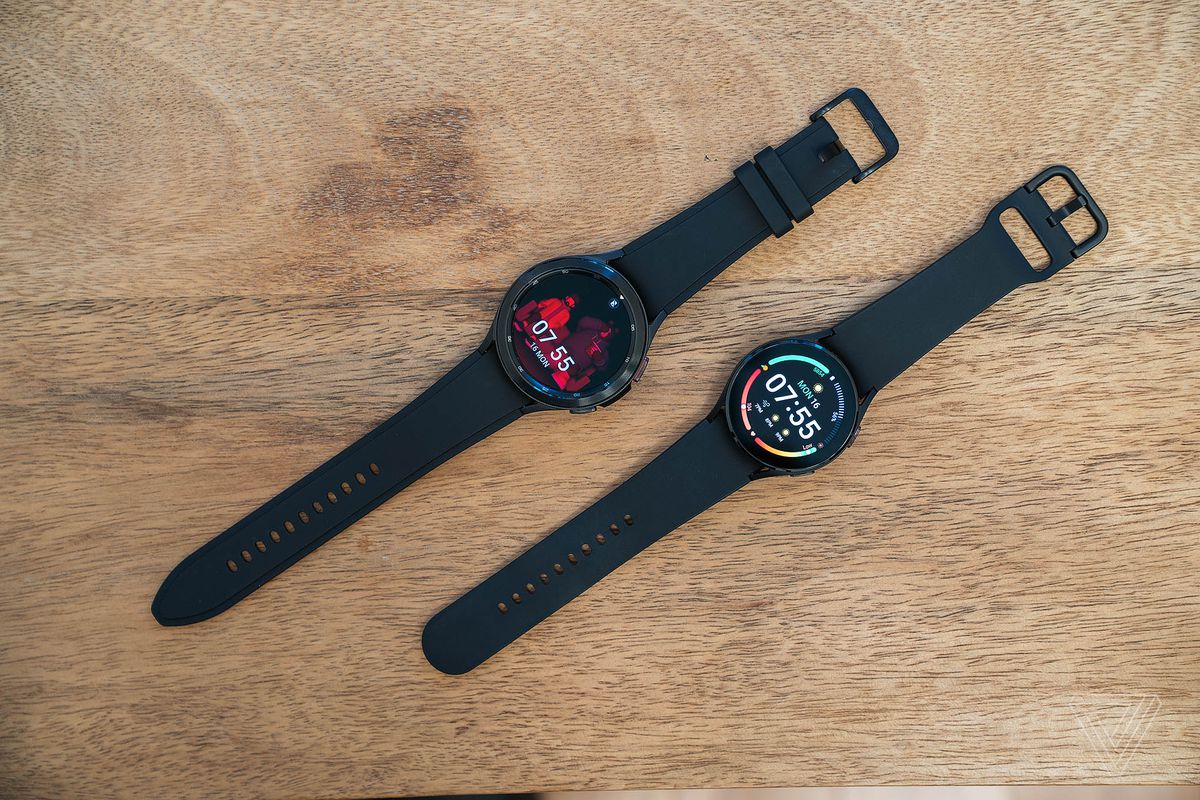 While we still don’t know all the nitty-gritty details about Samsung’s next-gen smartwatches, recent FCC filings hint that you can expect at least one big update: faster charging.

FCC filings don’t reveal too much in terms of features, but they are a good indicator that a product is getting close to launch. The filings were first spotted by 9to5Google and indicate there’ll be three models dubbed the SM-R900, the SM-R910, and the SM-R920. They also confirm basic connectivity specs, like the fact that the watches will support Bluetooth, 2.4 and 5Ghz Wi-Fi, and contactless payments. But as far as the Samsung Galaxy Watch 5 lineup goes, the most eye-catching thing is that the watches can charge at 10W speeds. For context, the Galaxy Watch 4 only supports half that.

The Samsung Galaxy Watch 4 majorly disappointed when it came to battery life. Despite Samsung promising 40 hours of battery life, the Galaxy Watch 4 lineup struggles to get beyond a full day if you enable all the bells and whistles, like the always-on display. And in The Verge’s testing, it only got worse once Google Assistant finally arrived for Wear OS 3 last month.

Adding fast charging could help Samsung dodge similar complaints if the new watches also need daily power-ups — especially since the Galaxy Watch 4 takes around two hours to go from zero to 100 percent. It’s a feature that also already exists on many other smartwatches. Fossil added fast charging several years ago to its Wear OS watches, and Apple introduced fast charging on its Series 7 watch last year.

Besides user complaints, there are lots of reasons why Samsung might be prioritizing a better battery experience. For starters, sleep tracking. Samsung — and Apple — have tended to lag behind in this area compared to Fitbit and other fitness trackers because their smartwatches often can’t make it through the night without a quick recharge before bed. Sleep tracking isn’t everyone’s number one priority, but it is an increasingly popular feature and an area that Samsung seems to be interested in. In February, it expanded its sleep tracking features with a coaching program. That said, it’s hard to make a splash if your sleep tracking device can’t make it ‘til morning.

Another reason may be due to the all-but-confirmed “Pro” version of the Galaxy Watch 5. This watch is rumored to sport a 572mAh battery and charging that, at 5W speeds, would be turtle-like by today’s standards. The standard Galaxy Watch 5 models are also rumored to have larger batteries this time around. The Galaxy Watch 4’s two-hour charging time already wasn’t ideal, and stretching charging times beyond that would be a major misstep.

Samsung usually launches its wearables in late summer, so it won’t be too much longer until we know more about the Galaxy Watch 5 lineup. And it’s important that Samsung gets this right. There was some leeway last year with the Galaxy Watch 4, given that it was — and still is — the only Wear OS 3 smartwatch available. That’s not going to be the case in a few months.

Not only is Google launching its own Pixel Watch (which is rumored to not have fast charging) later this fall, but certain existing Wear OS 2 watches are also expected to get the upgrade to Wear OS 3 before the end of the year. Android users are about to get more viable options than they’ve ever had on the wearable front. Samsung doesn’t necessarily need to nail multi-day battery life, but it can’t afford to faceplant on fast charging. Not if it wants to stay ahead of the pack.