Home Technology Fires in the Amazon are out of control. Again.
Technology

Fires in the Amazon are out of control. Again. 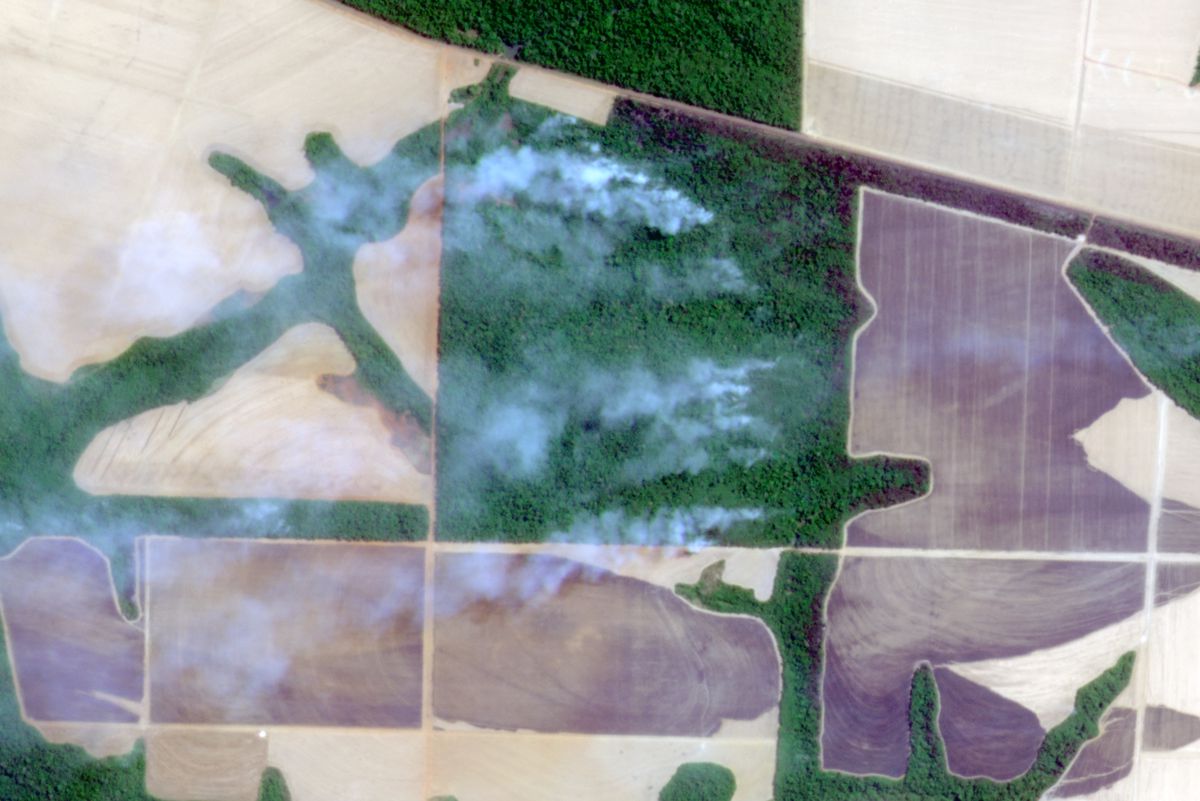 In the summer of 2019, the Amazon captured the world’s attention when large chunks of the iconic rainforest went up in flames and smoke darkened the afternoon sky above São Paulo, Brazil’s largest city. The following year proved to be even worse.

It’s not looking good so far: More than 1,000 large fires have burned across the rainforest since January. Experts say this year is on track to be as bad as 2020, when fires razed more than 19 million acres of the world’s largest tropical forest.

Conservation advocates aren’t counting on help from the government of Brazil, which is home to some 60 percent of the Amazon. While President Jair Bolsonaro banned unauthorized outdoor fires and deployed troops to the Amazon earlier this year, experts say these efforts haven’t worked in the past — and question the president’s commitment to ending rampant forest loss. A populist and ally of former President Donald Trump, Bolsonaro has dismantled a number of environmental protections since taking office in 2019.

The situation today is especially dire given that new research reveals that parts of the Amazon are already so damaged that they now emit more carbon than they absorb. Meanwhile, the landmark United Nations climate report published earlier this summer shows that the rainforest — which stores 123 billion tons of carbon and is a haven of biodiversity — is heating up and drying out at a much faster clip than other parts of the world. Drier forests, naturally, are more likely to burn.

For some, this may seem like a distant problem. But the Amazon is one of the world’s best defenses against climate change, so its fate affects us all.

Almost all wildfires in the Amazon are deliberately ignited by people, who typically burn trees after cutting them down or, less commonly, when they want to clear a swath of forest, said Ane Alencar, science director at the Amazon Environmental Research Institute in Brazil. So where you find forest loss, you tend to also find forest fires.

There’s certainly been a lot of recent forest loss. Over the past 12 months, the Brazilian Amazon lost more than 2.5 million acres, by some estimates — the highest level of deforestation since 2012, according to Imazon, a nonprofit research institute in Brazil. That’s sparked concern among experts like Alencar that fires will be especially bad this year.

“There’s lots of fuel material on the ground right now, waiting to be burned,” Alencar said. “This means we’re going to have lots of fire.”

Making matters worse, much of the Amazon is now extremely dry. Central and southern Brazil are experiencing the worst drought in more than 90 years, due in part to the weather phenomenon known as La Niña, prompting several Brazilian states to warn of water shortages. That means that when someone lights a fire, it’s more likely to escape and spread, Alencar said. Research shows that fires in the Amazon are more common in years of drought and during La Niña events.

More than 1,000 major fires have burned in the Brazilian Amazon this year, according to Monitoring of the Andean Amazon Project (MAAP), a forest monitoring project affiliated with the nonprofit Amazon Conservation Association. Many of those fires are illegal and burned in areas that were previously deforested, the group said. MAAP data also shows fires in the Bolivian Amazon. Thousands of acres of forest have burned this year in Bolivia, some of which were in the Amazon, Reuters reports.

Other data sources paint a similarly bleak picture: Brazil’s National Institute for Space Research estimates that fires in the Brazilian Amazon scorched about 2 million acres through July. The institute, known as INPE, also reports that there have been more than 50,000 fire “outbreaks,” or hot spots detected by satellites, from January through late August, in the Brazilian Amazon. (Large fires or fires that burn for many days may be represented by multiple “outbreaks,” so a single outbreak doesn’t necessarily correspond to one fire.)

Is that worse than last year? It depends on the source of data.

According to MAAP, there have been nearly double the number of major fires in the Brazilian Amazon through late August compared to the same period last year. “So far this year has way more major fires through the same date,” said Matt Finer, a senior research specialist at Amazon Conservation Association who leads the MAAP project. “This year could be worse than last year, which ironically was actually way worse than the infamous 2019 year.”

Brazil’s INPE, meanwhile, estimates that there were slightly more fire outbreaks through late August in 2019 and 2020 in the Amazon, and much more acreage burned, compared to this year. MAAP and INPE use different monitoring tools, which is why they report different figures, according to Mikaela Weisse, a forest monitoring expert at the DC-based think tank World Resources Institute.

The worst may be yet to come, Alencar said. The southern Amazon was hit with a few cold fronts earlier this year, she said, which delayed the start of the fire season. Now it’s picking up.

Rampant wildfires in the Amazon are never a good thing, but the consequences of three years of severe fires are increasingly troubling and far-reaching.

We count on forests to suck up loads of carbon dioxide that humans, companies, and countries emit through the burning of fossil fuels. The Amazon has always performed this essential function.

But as scientists are now learning, wildfires are putting that function at risk. A groundbreaking study published in July found that parts of the Amazon are now emitting more carbon than they absorb, due to climate change, deforestation, and wildfires. These regions, which are largely concentrated in the southeast, have warmed by as much as 4.5 degrees Fahrenheit over the past four decades in the dry season, the authors found. That means we’re undercutting one of our greatest bulwarks against climate change.

Worse, wildfires are pushing the Amazon toward a dangerous tipping point that, some scientists say, could turn large swaths of the forest into a dry savanna. Hundreds of billions of trees in the forest pull water out of the ground and release it through their leaves, producing what some have called a “giant river in the sky” that keeps the forest wet. As the Amazon shrinks, so does this airborne river — further drying out the biome, and further increasing the risk of fires.

That tipping point may already be here, suggesting the window to restore the Amazon is extremely narrow, according to authors of a 2019 essay in the journal Science Advances that popularized the idea of a rainforest tipping point. “The precious Amazon is teetering on the edge of functional destruction,” they wrote. “And, with it, so are we.”