‘Firestarter’ review: Life is dull and frustrating enough without subjecting yourself to this 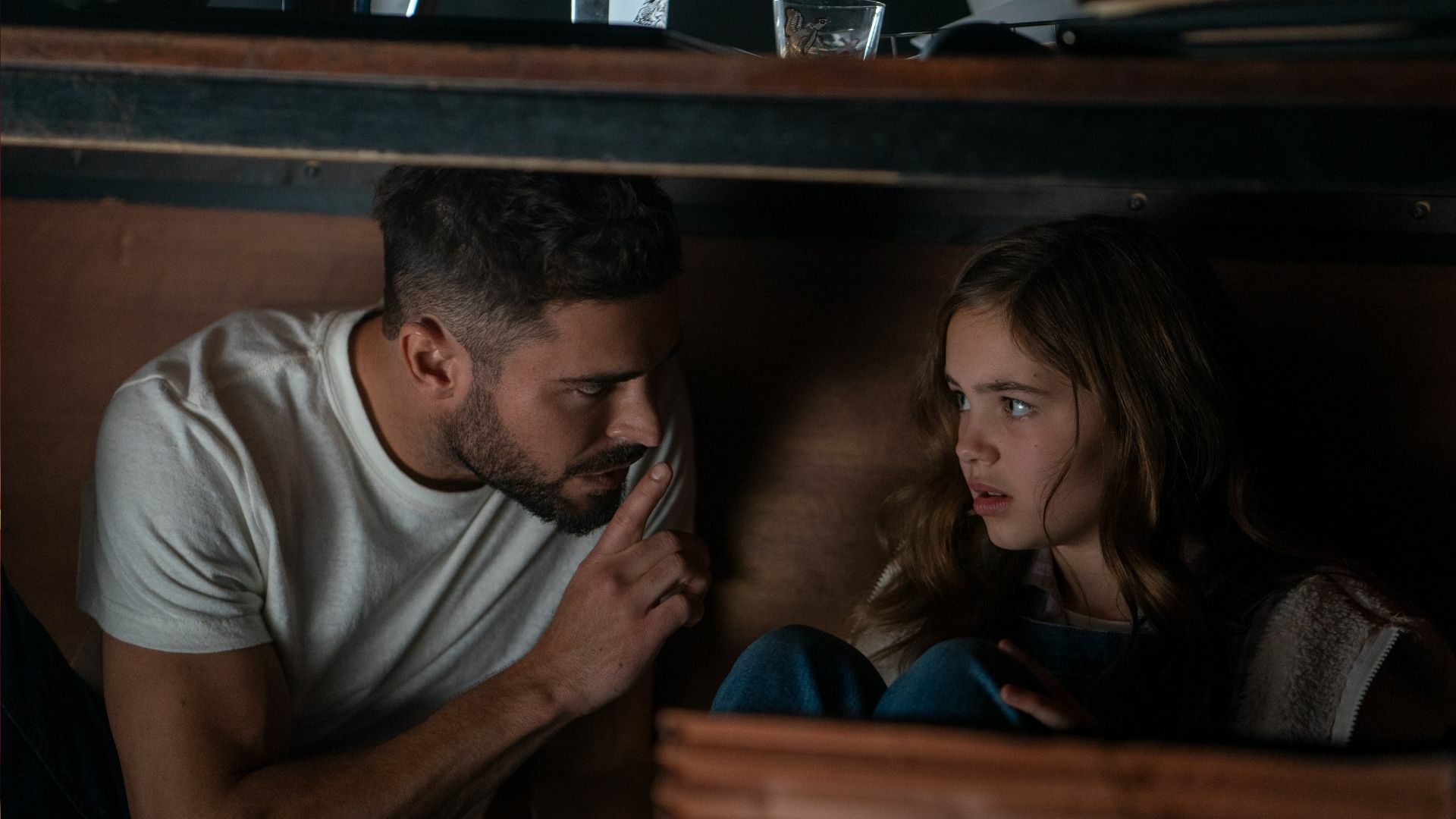 When setting out to make a remake, there has to be a point beyond cashing in on IP recognition. Otherwise, you end up with a movie like the new-to-Peacock bore that is Firestarter. A remake of the 1984 Drew Barrymore vehicle based on a 1980 Stephen King novel, this dreadful horror offering makes changes to the story, but misses out on any of its heart or heat.

Adapted by Halloween Killsscribe Scott Teems, Firestarter follows the misfortunes of Charlie McGee (Ryan Kiera Armstrong), a young girl who has the power to manifest fire with her mind. The product of a telepathic father (Zac Efron) and a telekinetic mother (Sydney Lemmon), she has a power that’s mighty but untamed. Extreme emotions cause it to burst forth, so her father urges her to just repress that. But as we’ve seen in the first Firestarter as well as Frozen and Turning Red, repression isn’t going to squelch the problem. Still, the McGees have a more immediate threat: the sinister government agency hunting them down to do further study and experiments. None of which sound ideal for creating a nurturing environment for a child.

If you watch one horror movie this week about a telekinetic kid, make it ‘The Innocents’

Whether at elementary school or on the run, Charlie must face off with a world determined to misunderstand and fear her. This could be a great context to create an allegory for LGBTQ+ youth, who face bigotry from classmates, parents, and politicians to horrific degrees. Likewise, Charlie’s persistent anxiety could be a means to explore how parenting toward a child’s mental health has shifted since the ’80s. But nothing so deep or interesting will happen here. Instead, the mental health profession is marred by Andy, a “life coach” who uses his mental powers to brainwash his clients under the guise of hypnosis. The moral grey area of this isn’t explored; there are fire explosions that must be gotten to. There’s no time for depth or even character development. So, the meet-cute of Charlie’s parents at a science laboratory is a hasty montage played through the credits.

The fire effects themselves are uninspired. It’s the wind machine to a young girl’s long hair, then a reverse shot of fire. Sometimes, there are grisly burns, rendered nice and gnarly in practical effects. But the violent act itself is repeated so often with little variety to its visuals that it feels increasingly lackluster, even when Charlie begins to taunt her victims: “Liar, liar, pants on fire.”

Further frustrating is how unformed Charlie feels here. She is defined by her rage at not being “normal” (relatable!). Presented as a bit older than Barrymore’s version, she has a vocabulary about her feelings and stressors that is a little sharper. (“I’m not special. I’m a monster.”) But Teem’s dialogue across the board has all the subtlety of an ’80s-era made-for-TV movie, with the two-dimensional characters to match. The performances from the film’s stars can’t rise above that level and end up feeling forced and false. Scenes of high drama are loud, but not profound or poignant. Even when they end in violence, there’s little impact. The ’84 version may have been hokey, but at least its emotional beats were heartfelt.

Not all horror movies need to be scary, but creepy kid movies usually are! And it’s all the more frustrating that Firestarter is so dull when you realize its director, Keith Thomas, was responsible for one of the best horror films of 2019. The Vigil brought a distinct and Jewish spin to the demon horror genre, embedding audiences in a surreal and spooky night watch that was spine-tingling and soul-shaking. Yet here, there’s no mood, no originality, just a mundane aesthetic that makes Firestarter look like hundreds of other subpar horror movies littering streaming services. 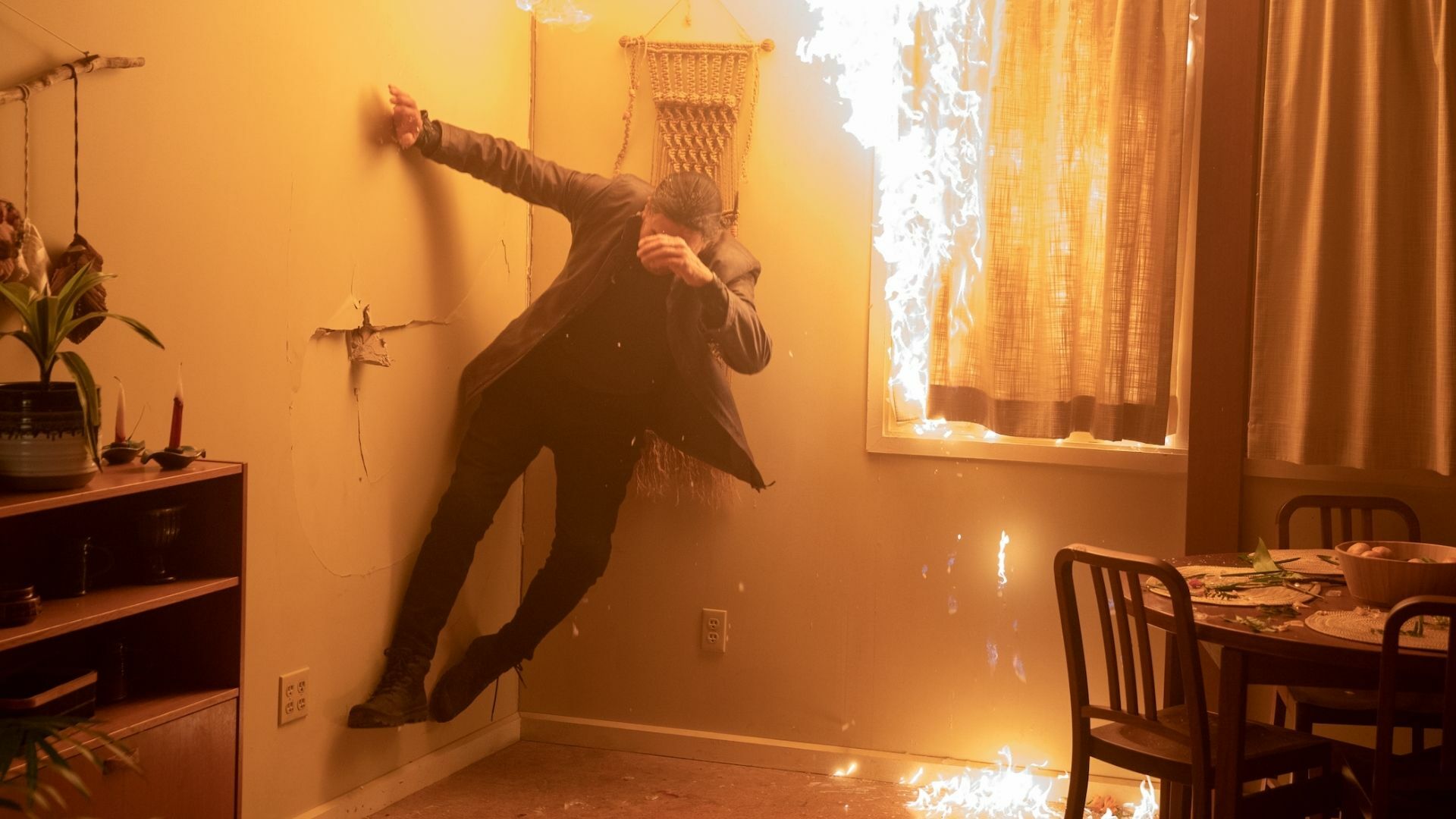 In the end, this Firestarter feels more pointless than perturbing. It’s a story we’ve seen again and again. And while this version has some superficial differences from the Firestarters that have come before, nothing distinguishes it as exceptional, exciting, and certainly not essential. It feels like a movie you might throw on while fiddling on your phone or folding the laundry. For that it’s fine. But it could have been more. The concept was there to tell a tale of kids today, who feel forced to hide who they are because others don’t understand them. It could have explored the horror born from such repression or the nightmare of having a government body try to control an individual’s body. It could have taken big swings in its changes, creating something that sets it apart from other creepy telekinetic kid tales or other coming-of-age-with-power stories. It should have been spine-tingling considering it comes from a horror director of such promise. And yet, this Firestarter lacks the spark to be anything more than mediocre.

Firestarter is in theaters and streaming only on Peacock.