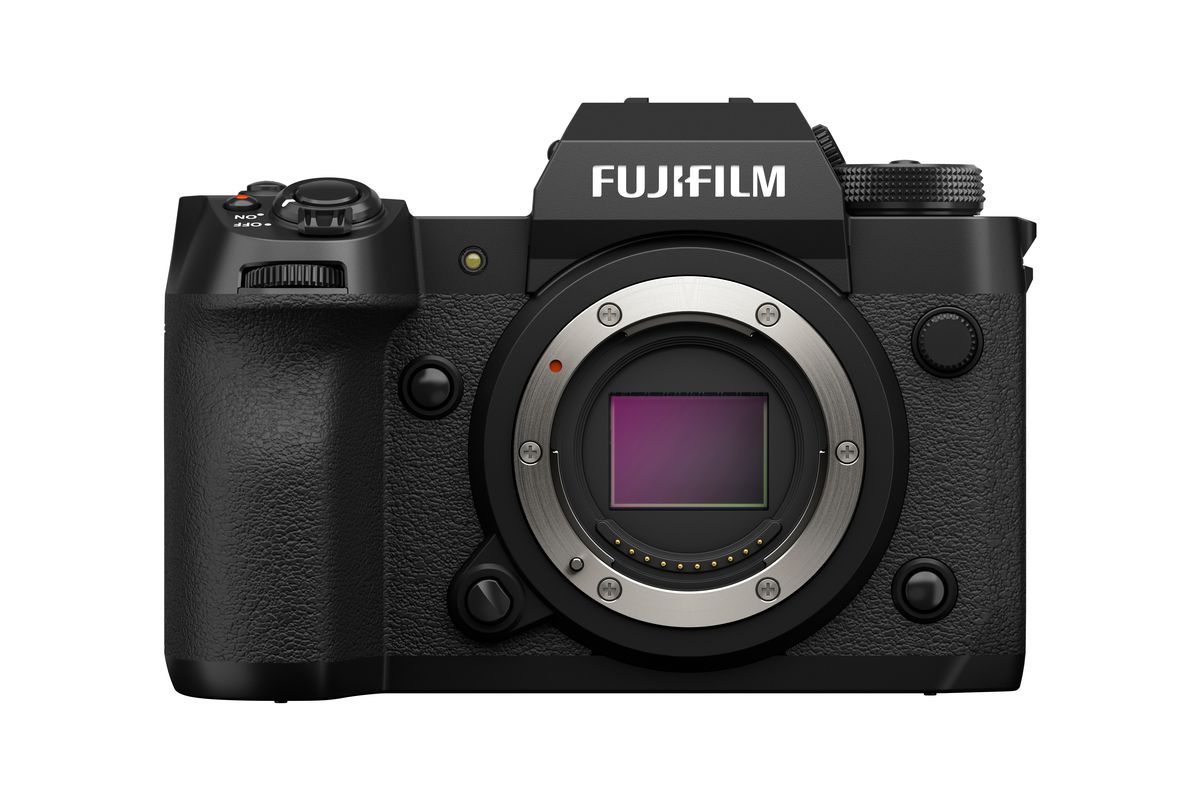 After years of APS-C mirrorless cameras with resolutions in the 20-something megapixel range, Fujifilm is finally pushing things forward with the latest camera in its X-series line. At its X Summit event in New York City today, Fujifilm is announcing a new high-res X-H2 camera with a 40.2-megapixel X-Trans sensor with 8K video. This pro-oriented camera looks just like the recent X-H2S it’s based on, matching it with the same processor, in-body image stabilization system, dual card slots, electronic viewfinder, and more. It’s nearly the same camera with a different sensor for those who value megapixels most. Though the higher resolution counterpart will cost about $500 less than the X-H2S when it ships in late September for $1,999.95 (body only).

Accompanying this announcement are two new Fujinon lenses: the $999.95 XF 56mm f/1.2 fast-aperture portrait lens and the $2,499.95 medium format GF 20–35mm f/4 ultrawide-angle zoom. The 56mm will be available in late September alongside the X-H2, while Fujifilm GFX owners will have to wait until October for the new zoom.

The Fujifilm X-H2 looks to be pretty much exactly what was teased back in May. It’s the same X-H2S body with a different flavor of sensor for those who prioritize resolution. The 40.2-megapixel sensor of the X-H2 is not a stacked design like the X-H2S, meaning it doesn’t achieve the same burst shooting and readout speeds. For example, the X-H2 maxes out at 20fps with its blackout-free electronic shutter, yielding images that are slightly cropped at 1.29x. That’s half the speed of the X-H2S, which is not cropped, and the slower sensor of the X-H2 will mean a more pronounced rolling shutter effect in stills (when using the electronic shutter) and video. Though, since these cameras share the same mechanical shutter, the X-H2 still achieves up to 15fps at full resolution. Oddly, one area of speed that the X-H2 has an edge over the X-H2S is a faster electronic shutter speed of 1/180,000th of a second — though, rolling shutter effects may potentially limit the uses of that speed as well as its ability to shoot blackout-free without distorting moving subjects.

The X-H2 can go further than its native 40.2 megapixels by way of a multishot mode. It takes a burst of 20 pixel-shifted images using the in-body image stabilization to create a 160-megapixel behemoth of a picture with Fujifilm’s Pixel Shift Combiner software. And if that’s not enough to make your storage drives wince in pain, the X-H2 also supports 8K video at 29.97fps. But once again, while it reaches higher heights of resolution, it’s also rated for slightly lower dynamic range, lacks open gate recording, and misses out on 120fps video in 4K when compared to its X-H2S sibling.

It’s not all bad news, though, as low-light stills shooters may feel some comfort knowing the X-H2 maintains the same high-ISO speeds as the X-H2S (12,800 ISO, expandable to 51,200) while offering a slightly lower base ISO of 125. There are generally always going to be sacrifices made for the sake of megapixels, and for a camera clocking in at just under $2,000, the X-H2’s tradeoffs seem at least understandable.

This two-pronged camera formula of one model for speed and one model for resolution is not a new concept, as photo brands like Canon, Nikon, and others have followed this playbook for years. It is new for Fujifilm, however, which has, up to this point, only kept its medium format horses in the megapixel race. Since Fujifilm is one of the few brands without a full-frame system in its lineup, its APS-C line now has to try to meet the needs of demanding users who want high-resolution stills, video, speed, and versatility in one system.