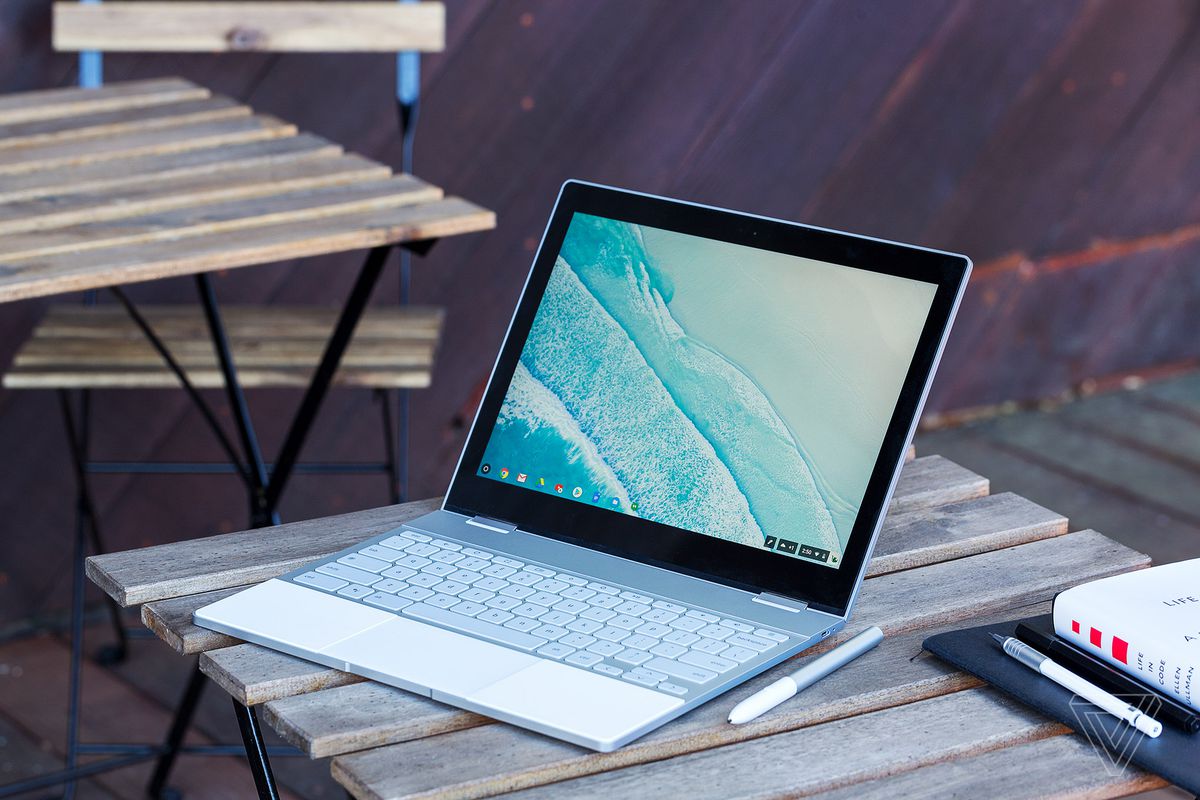 Google has canceled the next version of its Pixelbook laptop and dissolved the team responsible for building it. The device was far along in development and expected to debut next year, according to a person familiar with the matter, but the project was cut as part of recent cost-cutting measures inside of Google. Members of the team have been transferred elsewhere inside the company.

As recently as a few months ago, Google was planning to keep the Pixelbook going. Ahead of its annual I/O developer conference, Google hardware chief Rick Osterloh told The Verge that “we are going to do Pixelbooks in the future.” But he also acknowledged that the Chromebook market has changed since 2017 when the original (and best) Pixelbook launched. “What’s nice about the category is that it has matured,” Osterloh said. “You can expect them to last a long time.” One way Google might be thinking about the ChromeOS market is that it simply doesn’t need Google the way it once did.

Sundar Pichai, Google’s CEO, has been saying for months that he intends to slow down hiring and cut some projects across the company. “In some cases, that means consolidating where investments overlap and streamlining processes,” he wrote in a July memo. “In other cases, that means pausing development and re-deploying resources to higher priority areas.” The Pixelbook team and the Pixelbook itself were casualties of that consolidation and redeployment.

“Google doesn’t share future product plans or personnel information; however, we are committed to building and supporting a portfolio of Google products that are innovative and helpful for our users,” Laura Breen, a communications manager at Google, told The Verge. “In regards to our people, in times where we do shift priorities we work to transition team members across devices and services.”

Google’s hardware strategy, particularly with the Pixel devices, has been both to make good products and to try and show other manufacturers how to do the same. It began investing in Pixel phones as a way to show off what Google’s take on Android could look like. More recently, the company is reengaged in making smartwatches, with the Pixel Watch to come in a few weeks, and in building an Android tablet due to ship next year. Both of those latter devices exist in categories where most Android devices have failed. Google is trying to convince developers, manufacturers, and customers that they can be good.

In a similar way, Google spent nearly a decade trying to prove to the world that a high-end Chromebook was a good idea. With the first Chromebook Pixel in 2013, it went deliberately over the top, putting ChromeOS — an operating system Google’s then-CEO Eric Schmidt had said would be featured on “completely disposable” hardware — onto a gorgeous device with a $1,300 price tag. Google never meant for the Chromebook hardware to matter, but the hardware does matter, and so Google made the best hardware. Still, the Pixel and the later Pixelbook models were niche devices with high prices, and while Google doesn’t break out its Chromebook sales, it was clearly too expensive to make real noise in the broader laptop market.

In 2017, when Google launched the Pixelbook, the case for ChromeOS had changed somewhat. No longer was it just a beautiful, useful laptop — it was also a convertible, flipping device that could be used like a tablet. Google even built a stylus, called the Pixelbook Pen, to accompany the device. The Pixelbook was Google’s attempt to combat the iPad and the MacBook Air in a single product. It had Google Assistant built in, it could connect to a Pixel phone and use its data, and it could run Android apps. It was all of Google’s computing vision in a single body. (It also had one of the all-time great laptop keyboards.)

Since that device, Google has mostly failed to recapture what made the Pixelbook great. It continued to chase and Chrome OS-ize everything that looked like the future of computing: first, there was the disastrous Pixel Slate, a tablet with an attachable keyboard that looked an awful lot like the Microsoft Surface. Then there was the Pixelbook Go, a smaller and slightly cheaper version of the Pixelbook that, by the time it launched in 2019, just couldn’t keep up with the competition. “Comparable Chromebooks cost at least a hundred bucks less for similar features,” The Verge’s Dieter Bohn wrote in his review of the device. “So with the Pixelbook Go, what are you paying for?”

By 2019, a strange thing had happened: Chromebooks were good! Acer, Asus, and others had begun to actually invest in non-disposable hardware for their ChromeOS devices. Lenovo had a Yoga Chromebook, and Dell and HP were starting to sell Chromebooks across a wide range of prices and specs. Chromebooks had gone from “the crappy but cheap option” to a genuine alternative to Windows. And most of those options were also substantially cheaper than any of Google’s Pixelbooks.

The devices have been particularly successful in education, but as Brian Lynch, an analyst at research firm Canalys, said last year, “Chromebooks are well and truly a mainstream computing product now.” There are good Chromebooks available in all forms: you can buy Chromebooks that flip, Chromebooks that fold, Chromebooks that detach, Chromebooks with ThinkPad-style trackpoints. Even the high-end market has become competitive, with devices like the Acer Chromebook Spin 713 and the Samsung Galaxy Chromebook 2 bringing some of Google’s design prowess to the space.

In the early days of the pandemic, as students needed to attend school from home, Chromebooks boomed. ChromeOS devices outsold Apple’s Macs for the first time, according to data from analysis firm IDC. And Canalys said that Chromebooks grew 275 percent between the first quarter of 2020 and the same period in 2021. But as the PC market has slowed down after a huge early pandemic boost, ChromeOS has fallen more than most: research firm Gartner predicted Chromebooks will be down a full 30 percent in 2022.

Meanwhile, Google hasn’t shipped a new laptop of its own in almost three years, though the Pixelbook Go is still for sale in the company’s store. In recent months, some have speculated that Google’s Tensor chip might be a reason for the company to reinvest in the space, looking for ways to bring its AI prowess to ChromeOS and laptops — and to solve the Android compatibility problem once and for all.

Going forward, it’s clear the company is focusing where it believes the Android ecosystem needs it: smartwatches and tablets. It’s also possible that after years of trying to make luxurious, cutting-edge Chromebooks happen, the company has realized that schools and students are likely to keep being the best ChromeOS customers and that those customers will never pay Google’s prices.

To be fair, though, Google has a long history of giving up on projects before eventually deciding to try them again — smartwatches and even Google Glass all come to mind, and remember three years ago when Google said it was getting out of the tablet business to focus solely on laptops? — so Google may someday decide it needs to help juice the Chromebook market again. But for now, the ChromeOS market is strong, and Google’s no longer trying to move it forward.