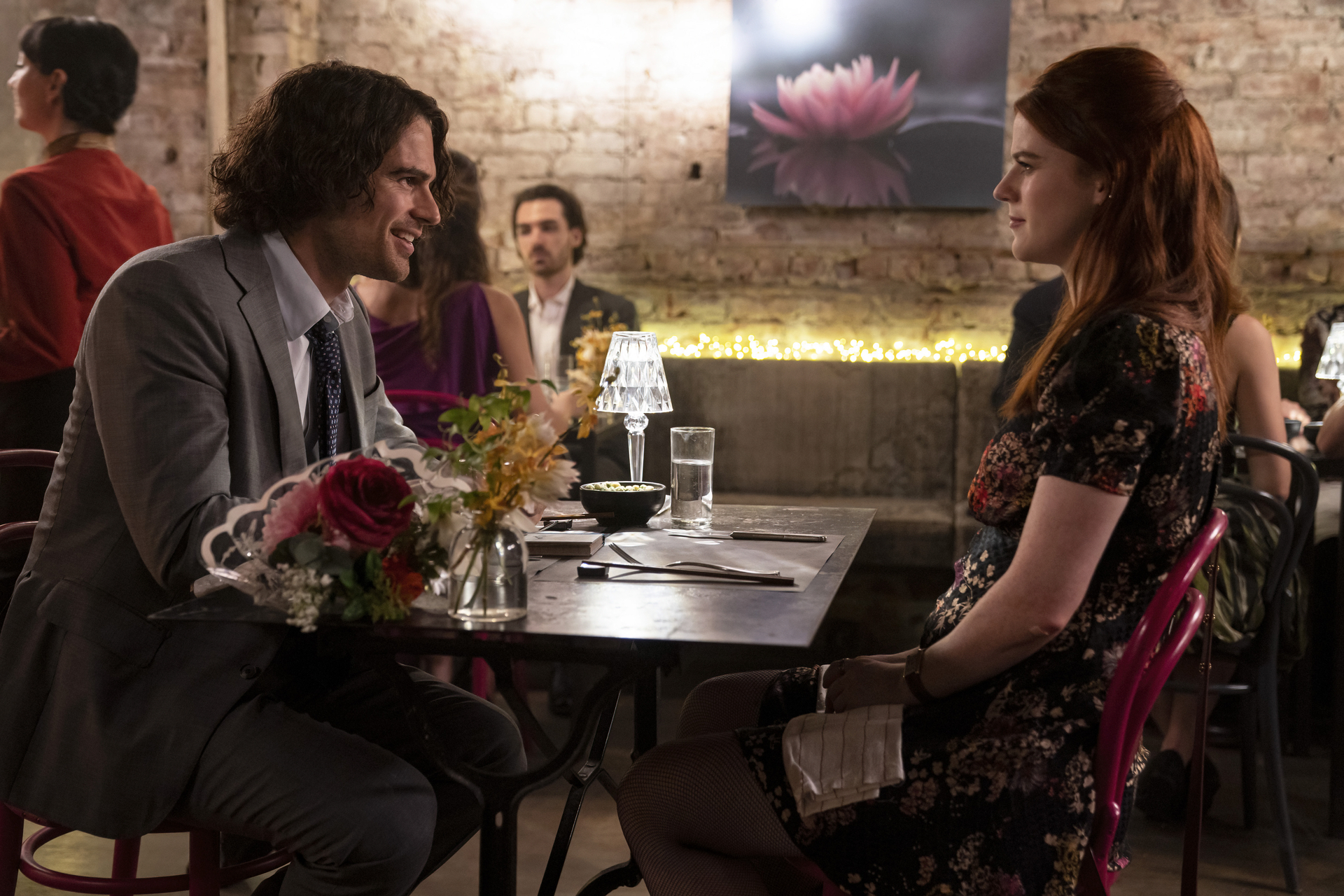 Audrey Niffenegger’s 2003 novel The Time Traveler’s Wife has been adapted to the screen twice: as a film in 2009, and now as a TV series on HBO.

The story of The Time Traveler’s Wife — a science-fiction romance spanning decades — is extremely tricky to adapt. Clare Abshire (Rose Leslie) meets her future husband Henry DeTamble (Theo James) when he has involuntarily traveled back in time, at which point she is 6 and he’s 36. The novel tells the story of their relationship out of chronological order, including their first meeting in the “present” and their marriage.

As with any adaptation, screenwriter Steven Moffat’s new version of The Time Traveler’s Wife has to make some adjustments. But which ones work, and which ones fall flat? Here are the biggest changes from the novel so far. Beware: the list includes spoilers for the show and the books.

Right off the bat, the first episode of The Time Traveler’s Wife hits us with a structural change. The series opens with Henry and Clare recording videos of themselves speaking directly to camera about their relationship to time travel. This framing device isn’t in the novel, but Moffat uses this direct address in order to lift some prose directly from Niffenegger’s novel, specifically from the prologue. Why are they making videos? Who are they speaking to? Only time will tell.

The fight about Ingrid

This first date ends up very differently in the book.
Credit: Macall Polay

Definitely the biggest change between the book and the show in the first episode is Clare’s reaction to finding out Henry has a girlfriend, named Ingrid (Chelsea Frei). Clare finds Ingrid’s toiletries in Henry’s bathroom and fights with him, calling him an asshole and storming out of his apartment. Only an intervention from Henry’s older self makes Clare consider seeing Henry again.

In the book, Clare’s reaction to seeing Ingrid’s stuff is a lot milder. She thinks, “Whoever you are, I’m here now. You may be Henry’s past, but I’m his future.” Henry explains the situation with Ingrid and apologizes to Clare, and that’s that. Show Clare’s reaction might be a bit more realistic than book Clare’s, but the fight also puts Henry and Clare’s relationship on a far more antagonistic path.

Moffat adds some new time travel lore to The Time Traveler’s Wife. In the show, parts of Henry’s body, such as his baby teeth, are able to time travel separately. The first episode also explores this idea with the double whammy of a time-traveling pool of blood and a time-traveling pair of detached feet. These moments, all show-only creations, foreshadow the darkest moments of Henry’s future. On the other hand, they raise some questions about what other bodily… fluids of Henry’s are just time traveling willy-nilly across the world.

Episode 2 of The Time Traveler’s Wife features 20-year-old Clare and 28-year-old Henry still arguing about Henry being a jerk and cheating on Ingrid. They keep fighting, and Clare even tries to change the future and get away from their date. However, since the future’s already set in stone, the date goes on anyway.

While Clare and Henry begin to make up this episode — with Clare even admitting she’s been horrible to Henry too — the choice to make them so antagonistic from the start really sours their relationship. Where’s the care for each other? Where’s the tenderness? Henry and Clare’s love story is already embroiled in discomfort given that they met when she was 6 and he was fully grown. Why make it even harder to root for them by making them both so relentlessly mean? This whole sequence just feels like Moffat mistook an argument for playful romantic banter. Sorry, it doesn’t work.

A message from the past

The main focus of The Time Traveler’s Wife‘s second episode is showing just how much the death of Henry’s mother Annette (Kate Siegel) impacted him. We see the fateful Christmas car accident play out a few too many times if you ask me. Later, Henry watches his younger self (Jason David) try to warn his mother about the accident in a show-only scene that emphasizes how Henry is unable to change the path.

Henry and Clare’s second date culminates in a trip to the Newberry Library, where Henry plays Clare a recording of one of his mother’s performances. He asks Clare if she has anything she’d have liked to ask his mother while she was still alive, at which point Henry reveals that Annette answers Clare’s question — “How does any couple get together?” — in the old recording. Annette tells future-Clare that couples don’t get together. They get together for a short amount of time, but relationships always end. And that’s okay because it’s better to have been happy for a little while than not at all. Sweet, I guess?

While this speech is new to the show, it sets up the tragic end of Henry and Clare’s relationship and continues to play with the mechanics of time travel. It also allows two very important people in Henry’s life to interact in a way they normally couldn’t have.

The Time Traveler’s Wife airs on HBO and streams on HBO Max.

We’ll be updating this list weekly with the release of every new episode of The Time Traveler’s Wife, so be sure to check back in to learn more about the differences between the book and the show.