Home Technology How Jackson, Mississippi ran out of water
Technology

How Jackson, Mississippi ran out of water 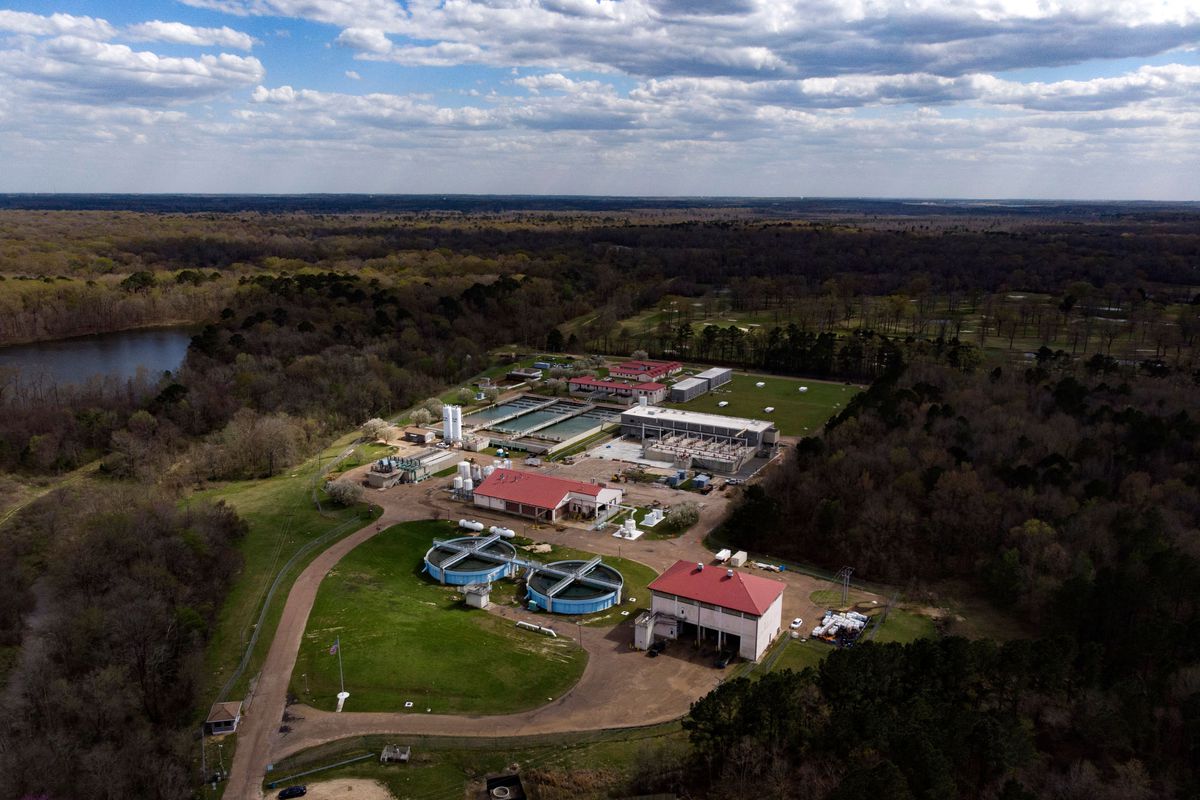 The water system in Jackson, Mississippi, the state’s capital and largest city, failed earlier this week.

On Tuesday, most of the city’s 150,000 residents were without safe drinking water, prompting the state’s Republican governor, Tate Reeves, to declare a state of emergency. He warned that there wasn’t enough running water “to fight fires, to reliably flush toilets, and to meet other critical needs.” It’s not clear when the city will have safe drinking water again, Reeves said.

On the surface, the apparent cause of this crisis is damaged infrastructure: Recent flooding strained the city’s largest water treatment plant, O.B. Curtis, which was already dogged with problems. Plus, there was another issue with water pumps at a secondary treatment facility known as J.H. Fewell. As a result, many of the city’s water towers remain nearly empty, leaving the system without enough water or water pressure to fill pipes in homes, schools, and businesses.

But the roots of this crisis run much deeper, and are inextricably tied to white disinvestment from a majority-Black city. Jackson’s water system — which serves a population that is more than 80 percent Black — has been burdened with problems for many years, largely because white flight drained the city of resources. The state’s Republican legislature has also failed to provide the majority-Democrat city with adequate funding for repairs.

“Ideally, infrastructure serves as a shared foundation for economic, environmental, and public health between different neighborhoods and municipalities,” scholars at the Brookings Institution, a nonprofit research group, wrote in March 2021, after Jackson faced another severe water shortage. “However, infrastructure is often poorly maintained or intentionally overlooked in particular places, leading to a lack of access, affordability, and safety for many communities of color.”

With a vulnerable water system, the city is also more susceptible to the impacts of extreme weather events like flooding, underscoring — like so many other events worldwide — how climate change often disproportionately harms people of color and lower-income communities.

Thousands of Jackson residents have no running water in their sinks, showers, and toilets, largely due to a lack of water pressure. And any water they do have is not safe to drink, according to state health officials, who advised citizens to drink bottled water instead, or to boil tap water for at least one full minute.

Jackson water is at risk for contamination. For safety, disinfect water by bringing it to a rolling boil for at least a minute, and using it when it cools for drinking, cooking, baby formula and brushing teeth. For more water safety precautions, see https://t.co/EIQ03u69ks pic.twitter.com/5BTLMgepnY

There are two main issues affecting Jackson’s water system, according to the latest reports.

Days of torrential rain in August flooded Mississippi’s Pearl River and the Ross R. Barnett Reservoir — a 33,000-acre lake that provides water to Jackson. Before that water makes it into homes, it passes through the O.B. Curtis treatment plant.

Floodwaters often contain large amounts of contaminants from runoff that can be hard to filter and change the water’s chemistry. That can, in turn, strain treatment plants and slow down the speed at which treated water fills the city’s water towers, many of which are at extremely low levels. Without water in these towers, there’s not much water pressure to feed the city’s system.

The other problem has to do with water pumps. For weeks now, the main pumps at the Curtis plant — the city’s largest facility — have been out of service and the plant has been relying, instead, on weaker backup pumps. Those backup pumps may have malfunctioned and were processing less water. There may have also been an issue with water pumps at the smaller, secondary Fewell plant, which prevented it from increasing output to fill some of the gap in water supply.

(There’s been some disagreement among city and state officials about which water pumps have failed. This is a developing story; details of the many points of failure are still emerging.)

The current water crisis, though devastating, is just one example of how Jackson’s water system, and state legislators, have been failing the city’s majority-Black residents.

Since July, well before the floods and pump failures, the city had been under a boil water notice, after the state health department detected levels of turbidity, or cloudiness, that violated state health regulations. These kinds of notices are incredibly common in Jackson — health regulators have issued several of them in the last couple of years alone. (To be clear, the current situation is more dire than just a boil water notice. “Until it is fixed, it means we do not have reliable running water at scale,” Reeves said at a press conference.)

In the winter of 2021, a similarly severe water crisis played out, after a winter storm caused pipes and water mains to burst. It left tens of thousands of people without water; in some cases, the shortages lasted for a few weeks.

In other words: Jackson’s water system has been broken for a while.

There’s an important and complicated history that led up to this point — Mississippi Today has a great explainer. But one key problem is this: The city’s water infrastructure has languished for decades because there isn’t enough tax revenue or state funds to pay for essential upgrades.

Wealthier white people fled Jackson, starting in the ’70s and ’80s, following the integration of public schools, which eroded the city’s tax base. Jackson is now nearly 83 percent Black, up from 47 percent Black in 1980, and roughly a quarter of its residents are below the poverty line. That means there’s far less public money for repairing the city’s infrastructure, some of which is more than 100 years old.

Ongoing tensions between the city and state have only made infrastructure upgrades more challenging. While spreading out the cost of repairs to the state would help cover the expenses, many white people in the suburbs aren’t compelled to help and many Jackson residents fear ceding control of such a vital service, Mississippi Today’s Anna Wolfe reported last year.

“It’s twofold,” Wolfe wrote. “Systemic racism is an unmistakable underlying cause for Jackson’s stripped resources, and while it may be clouded by a mutual distrust today, racism continues to prevent future investment.”

The current water shortage could last through the week, officials said, although there’s already some indication that water pressure is improving.

In the meantime, the city will continue doling out cases of bottled water. The demand was so high in some locations that residents waited in mile-long lines and the supply temporarily ran out.

The city is now racing to repair the water treatment plants and install a rented emergency water pump. Earlier this week Gov. Reeves also activated the National Guard to provide assistance, and late Tuesday President Joe Biden declared an emergency for Mississippi, which will funnel federal money into Jackson.

But these efforts will do little to prevent another crisis from unfolding in the months ahead. Jackson needs long-term fixes and sustained investments, amounting to, at minimum, $1 billion to fix the current issues and billions more for long-term fixes, according to Jackson Mayor Chokwe Antar Lumumba.

Federal funding could help — President Biden’s infrastructure bill will provide Mississippi with $75 million in funding for water infrastructure, some of which will likely go to Jackson.

But ultimately, fixing the city’s water system will require addressing deep inequalities that have long starved the city of essential resources, further strengthening racial divides. It’s these inequalities that make cities like Jackson so vulnerable, which is especially worrisome considering that climate change may make floods in Mississippi and other communities of color more common.