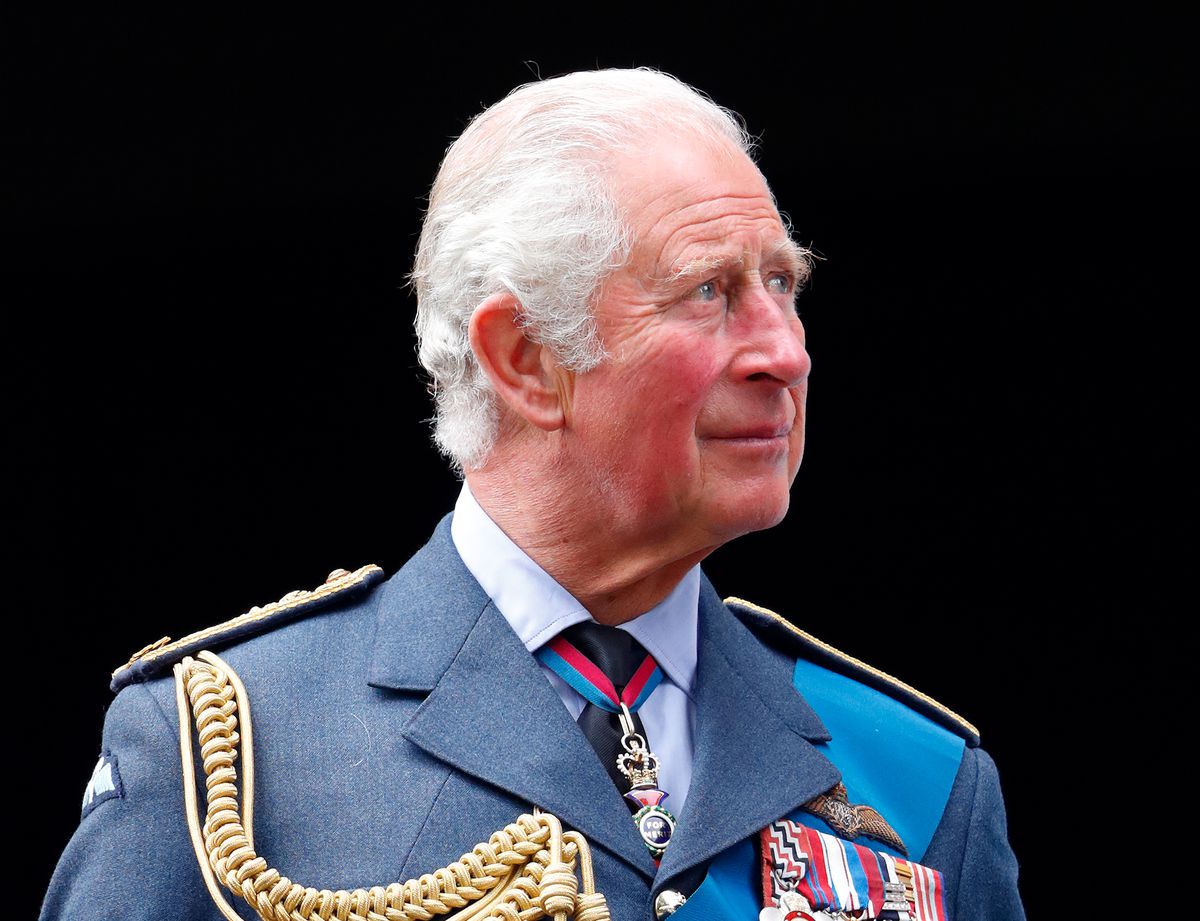 At the COP26 climate conference last year in Glasgow, Scotland, Prince Charles warned world leaders that they must adopt a “war-like footing” to deal with the global threat of climate change and biodiversity loss.

Charles has made similar pleas since and in the years before; he has championed environmental causes since it was a bit unusual for someone in his public position to do so. And now, he may be among the most prominent figures to take up the cause, as he ascends the throne following the death of his mother, Queen Elizabeth II.

The queen died Thursday, at Balmoral, a royal estate in Scotland. The palace earlier in the day had taken the unusual step of putting out a statement saying “The Queen’s doctors are concerned for Her Majesty’s health and have recommended she remain under medical supervision.” She was 96 years old.

Charles is now officially king. The coronation — the crowning ceremony for the new sovereign — won’t happen for a number of months, but his status as king is already set.

As king, Charles is also Britain’s head of state, as well as the head of state for other countries in the “Commonwealth Realm” who still recognize the monarch, including Australia, Canada, and the Bahamas. In 2018, the queen also named Charles the head of the Commonwealth of Nations, which is the United Kingdom plus a group of 53 countries that have cultural or political ties to it, including as part of its former empire.

Charles is the longest serving heir-apparent, and his positions, causes, and scandals have been scrutinized his entire life. Though Charles has taken on more and more royal duties in recent months, it does not change the momentousness of this succession. “There will be moments of uncertainty, and those uncertain moments will be in every field where the monarch has a position,” said Onyeka Nubia, a historian at the University of Nottingham. “There will be uncertainty politically, uncertainty perhaps culturally, perhaps uncertainty socially.”

And Charles will begin his reign at an uncertain time for Great Britain and the world. The United Kingdom has left the European Union, and is trying to establish its position in the world in the aftermath of Brexit. Brexit is testing the unity of the kingdom itself, just as a new prime minister, Liz Truss, has stepped into office amid inflation, energy crises, and the ongoing war in Ukraine.

The British monarchy has always been a tool of soft power, both within the country and without. Charles, after waiting 70 years in the wings, is likely to have his own views on how he can use his soft power and influence. His public record may offer some clues as to how he will rule, but so might the institution of the monarchy itself. “The reason the monarchy has survived is by constantly searching out new roles for itself,” said Ed Owens, a historian of the modern British monarchy. And this may be the guiding principle for the new king: making sure the monarchy survives.

Charles’s succession is monumental, in part because it took so long for it to happen.

Queen Elizabeth II has ruled for an entire generation. “She has helped the nation weather all of these crises over the last seven decades, and so their identity, British national identity, is really wrapped up in the figure of Queen Elizabeth,” said Brooke Newman, a historian of early modern Britain and the British Atlantic at Virginia Commonwealth University.

In her 70-year reign, the longest of any British monarch, Elizabeth ruled during the decolonization of large swaths of Africa and the Caribbean, the Troubles in Northern Ireland, the end of the Cold War, the 2008 financial crisis, Brexit, the Covid-19 pandemic, and more.

Elizabeth took the throne at a young age, being as much shaped by the role as she shaped it. She has maintained a degree of inscrutability, always cautious and careful in what she said, which sometimes has allowed some Brits to project onto her what they want. Charles is not as popular as the queen was, or even as his son William is, but some experts have said Charles’s popularity often has as much to do with which episode of the drama series The Crown people are watching, as it does to what Charles is actually up to.

But Charles has a public record going back 70 years. He’s had scandals, of course, including his separation from Princess Diana. He also has publicly embraced causes, from the defense of fox hunting to alternative medicine to organic farming. The Guardian spent 10 years trying to release memos Charles had written to government ministers, lobbying for various causes. The so-called “Spider Memos” include everything from a passionate demand to end the illegal fishing of the Patagonian toothfish to a call for more equipment for troops in Iraq.

On the other hand, his public persona offers some clues as to what type of king he’ll be. His environmentalism, in particular, stands out. “There’s another role that he’s carefully carving out for himself at the moment, and that is as this environmentalist king-in-waiting,” Owens said. “He’s very much trying to create a new global platform for the British monarchy.”

There are many questions about what this leadership will look like, but as experts said, Charles has a lot of credibility at least on this global issue, as he’s been warning about climate change since the 1990s. The challenge, Owens said, is that Charles doesn’t have any real political power, and ultimately, to tackle climate change, governments are going to need to make tough policy choices and act. But the monarchy can also draw on its soft power — for example, state dinners or visits — to try to advocate for climate action. And of course, by reorienting the monarchy around this global issue, it is a way for the institution to stay relevant and maybe even necessary.

Charles may be the climate change king. But he will also have to grapple with where the institution of the monarchy fits with Britain’s place in the world, and with the very idea of Britishness.

As experts pointed out, the British monarchy is a political institution, but it is also supposed to be above politics. The royal family takes this very, very seriously, even as they use their influence to try to further Britain’s aims. “The key ethos of the House of Windsor is that they’re there by some chance of birth, and it’s their duty to perform these functions which, on the whole, are incredibly, incredibly boring, which they don’t get much out of personally, but they feel it’s important to keep the system of government going,” said Philip Murphy, the director of history and policy at the University of London. “And therefore, yes, there is a duty to the nation and to the British people.”

Charles is also taking over as the head of the Commonwealth, a disparate group of nations that are only connected through very loose ties to Britain. As experts said, Queen Elizabeth invested in this role as leader of the Commonwealth, and in passing it on to Charles, indicated she wanted it to continue. But there is also a lot of historical reckoning that hasn’t really been done, especially when it comes to Britain’s imperial history and its involvement in the slave trade. Some countries who still recognize the monarchy, like Barbados, recently decided to remove Elizabeth as head of state, and others, like Jamaica, are likely to do so as well.

Whether Charles can — or should — maintain his role as head of the Commonwealth is one of the questions he will likely face. He visited Barbados just as it cast off the queen, a sign that the monarchy still sees value in these Commonwealth ties. But as Newman said, a lot of this notion of the Commonwealth came from the queen herself: “Once she’s gone, I think this could unravel.” That could be destabilizing, at least in how Britain thinks of itself and its place in the world.

This is especially acute as the UK is trying to define itself in the wake of Brexit. The Conservative government has touted an idea of “Global Britain” in the post-Brexit world, one where the UK reasserts its power and influence apart from the European Union. That means trade deals with the rest of the world, but also in its strong backing of Ukraine. Figuring out what role the Commonwealth will play in British foreign policy may also be part of that.

And then there is the question of Britain itself. The monarchy has traditionally played a role in reinforcing these ties of “Britishness” — that is, among England, Scotland, Wales, and Northern Ireland.

But Brexit has strained some of the ties within the United Kingdom. It has revived the question of Scottish independence. It has raised tricky questions for the status of Northern Ireland, and it makes the reunification of Ireland a more likely possibility. Even Wales has seen increasing support for independence.

The breakup of the Union isn’t imminent, or even very likely during Charles’s tenure, but he will have to grapple with it. One thing every Brit had in common was the queen; now the question is whether Charles can play a similar unifying role. “It’s really Britishness that’s going to be at the fore — and the degree to which the monarchy can help, cement, or solidify some sort of supranational British identity, which is going to be imperative if Britain remains intact,” said Arianne Chernock, a professor of British and European history at Boston University.

Those challenges pile on top of the greatest instability Europe has seen in decades: Russia’s invasion of Ukraine and the West’s response have exacerbated the Covid- and Brexit-related economic and cost-of-living crises in the UK. But even with these challenges, the British monarchy may not change all that much. Consistency is kind of the monarchy’s thing. How Charles rules, and what causes he takes up, may ultimately be determined by that most of all: the pressure the longest-serving heir faces to keep the institution intact.