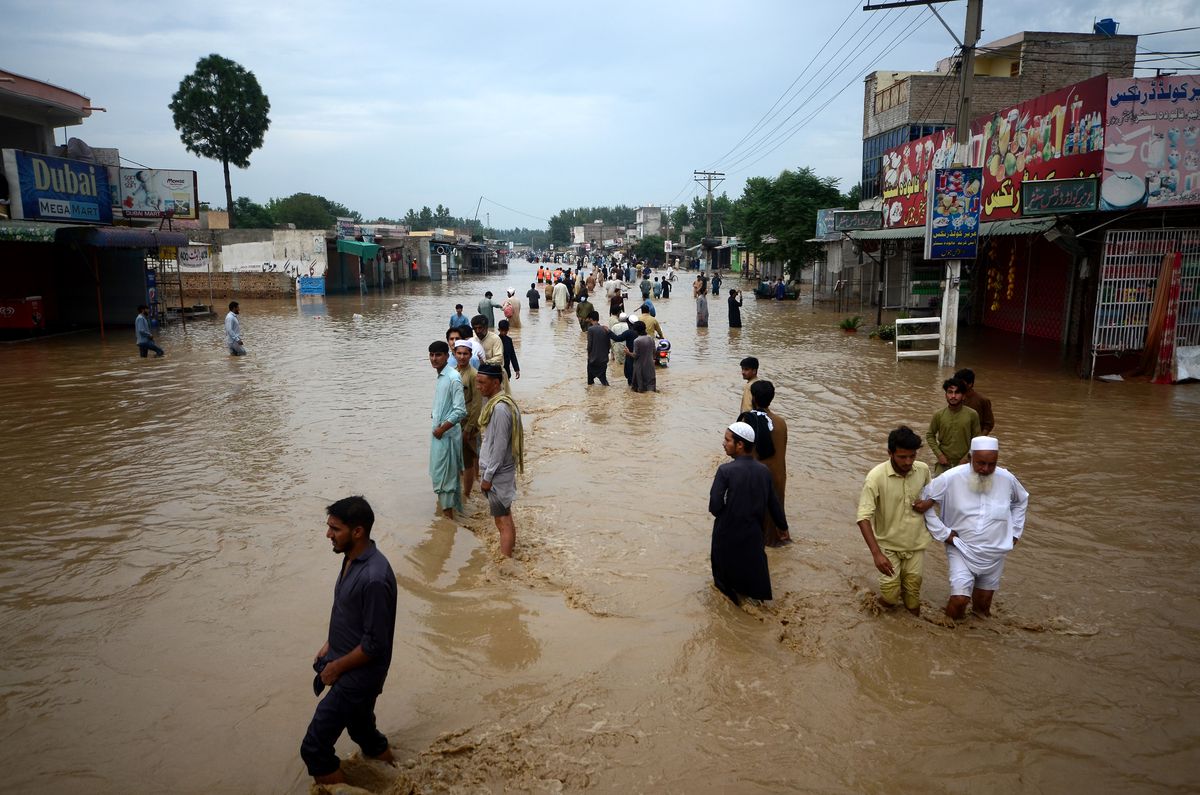 Much of Pakistan is now underwater.

A series of extreme floods has utterly devastated the South Asian nation, which is home to some 225 million people, washing away roads and buildings, destroying farms, and stranding hundreds of thousands. Over the weekend, which brought another bout of torrential rain, government officials said the death toll had soared past 1,000 and water had inundated as much as a third of the country.

The main fuel for these catastrophic floods is rainfall. Summer is monsoon season, and this has been a particularly wet and wicked one, perhaps made worse by climate change.

But there’s another culprit behind the recent devastation: melting glaciers and snow.

Pakistan is home to over 7,200 glaciers, more than anywhere outside the poles. Rising temperatures, linked to climate change, are likely making many of them melt faster and earlier, adding water to rivers and streams that are already swollen by rainfall.

“We have the largest number of glaciers outside the polar region, and this affects us,” Pakistan’s climate minister Sherry Rehman told the Associated Press. “Instead of keeping their majesty and preserving them for posterity and nature,” she said, “we are seeing them melt.”

That means that Pakistan — already one of the countries most vulnerable to climate change — will become increasingly susceptible to flooding as the planet warms. It’s an unfortunate reality for a country responsible for just a tiny fraction of global greenhouse gas emissions, underscoring how the harm caused by big polluters is often exported. Like many countries, Pakistan will bear an unequal burden of climate change in the years to come.

Glaciers are dense masses of compressed ice found in mountains all over the world, from the Alaska Range to the French Alps. It’s normal for them to shrink and grow within a single year — they melt in the summer and expand in the winter.

But on the whole, glaciers have grown smaller over the past several decades because they’ve been unable to regain their mass in the winter. One simple reason is that heat melts ice and the planet is warming up. Higher temperatures can also turn snow into rain, and when rain falls on ice, it further accelerates melting, according to Ulrich Kamp, a professor at the University of Michigan Dearborn who’s been studying glaciers for roughly 20 years.

This is a big problem in Pakistan. The country is not only a glacier hot spot, but melting in the Himalayas — one of the main mountain ranges in the country — is accelerating, according to a 2021 study.

“Our findings clearly show that ice is now being lost from Himalayan glaciers at a rate that is at least ten times higher than the average rate over past centuries,” Jonathan Carrivick, the study’s lead author, said in a statement when the study came out.

Along with melting snow, glacial runoff can cause rivers to swell, even many miles downstream from the mountains, Kamp said. That’s especially worrisome when it coincides with monsoons, which climate change may also be worsening (partly because hotter air can hold more water).

“With this increase of glacial meltwater for the next decades — because of climate change — we will have to deal with floods,” Kamp said.

There’s another way melting ice can cause extreme floods: In the mountains of Pakistan, water from glaciers forms high-elevation lakes, which are often dammed by glacial ice. When there’s too much runoff, those lakes quickly expand and the ice dams can break, producing what’s called a “glacial lake outburst.”

Those breaches are extremely dangerous. In April, one of the hottest months on record in Pakistan, a glacial lake near Mount Shishpar burst, likely because it ballooned too quickly with melted ice, as the Washington Post’s Kasha Patel reported. Water flooded a village in northern Pakistan and swept away a bridge.

Northern Pakistan now has more than 3,000 glacial lakes, and some of them appear to be forming earlier in the year due to severe heat. Alarmingly, 33 of them are “prone to hazardous glacial lake outburst flooding,” according to the United Nations.

This year, there have been more than a dozen glacial outbursts, well above the annual average of five or six. It’s not clear, however, to what degree those outbursts worsened the flooding in recent weeks.

Scientists have yet to determine what role climate change plays in the floods, but it’s clear that warming puts Pakistan at risk. It’s not just the floods. It’s heat, drought, and other telltale symptoms of rising temperatures. Indeed, according to a global climate risk index developed by a German NGO, Pakistan is the eighth most vulnerable country to extreme weather.

Even if global warming is limited to 1.5 degrees Celsius, the more ambitious goal under the Paris climate agreement, a third of Pakistan’s glaciers could still melt. And as they shrink, they could near a tipping point, Kamp said. “Suddenly, when they are that small, everything turns around 180 degrees, from too much water and flooding to drought,” Kamp said.

To that end, Pakistan has called on rich nations to fulfill a pledge they made more than a decade ago to provide lower-income nations with $100 billion a year to adapt to climate change.