How to customize your Windows 11 taskbar 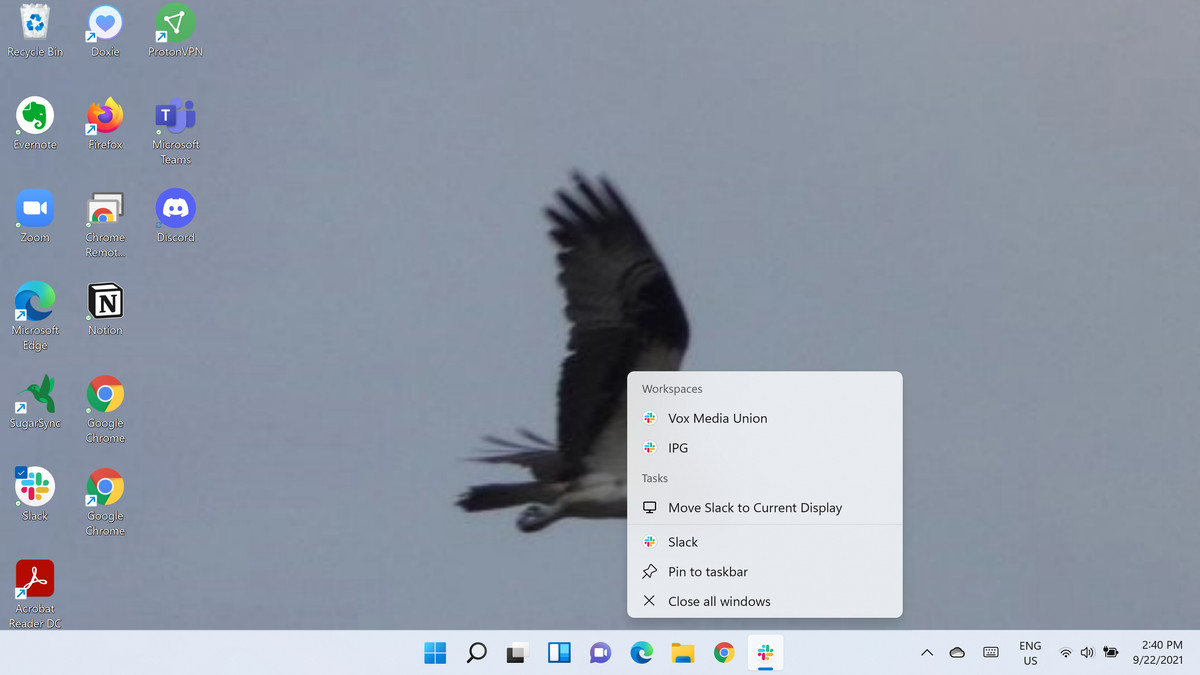 If you’ve updated your computer from Windows 10 to Windows 11, you may find that your taskbar isn’t quite as configurable — and perhaps not quite as useful — as it was before. For example, the old, familiar Start menu with its configurable Live Tiles is now gone. The search box is no longer within the taskbar but is accessed by first clicking on the Start menu — an extra step. (Although the fact that Cortana is no longer automatically part of that search box can be considered, by many at least, as a plus.)

Another thing: the taskbar is now permanently affixed to the bottom of the screen — so if you were more comfortable having it on top of the screen, or on either side, you’re out of luck.

As you might imagine, Windows users are already posting fixes for at least some of these issues — as long as you’re comfortable tweaking your Windows Registry. For example, there’s one that purportedly lets you move the taskbar to the top of the screen, and another that lets you change the size of the taskbar.

It’s possible that Microsoft will bring back some of these abilities in future updates of the new OS. For now, let’s concentrate on how you can adjust the current Windows 11 taskbar.

Pin an app to the taskbar

Pinning an app to the taskbar at the bottom can be a little — well, weird. There are several ways to handle it:

Remove an app from the taskbar

Most apps are simple to remove: just right-click on the icon and select “Unpin from taskbar.”

A few of the icons take a little more effort to remove. The Start menu icon is, as might be expected, unremovable. But there are four other icons that can’t be removed but can be hidden. The easiest way to do that is:

Move your icons to the left

Those of us who having been using Windows 10 (or 7 or earlier iterations) are used to accessing the Start menu from the lower left-hand corner of the screen. If your muscle memory keeps your hand drifting to that corner, you can move the center app icons so they are to your left instead:

Incidentally, the “Taskbar behaviors” section of the settings lets you do more than move your icons to the left. It also lets you automatically hide the taskbar (something that’s been a taskbar behavior for a very long time); show a badge on taskbar apps to let you know if, say, you have any unread messages; handle how the taskbar works on multiple displays; and show a clean desktop by clicking on the far right corner of the taskbar.

While the taskbar corner icons and the overflow window aren’t new, I never actually knew what they were called before. To tell you the truth, when I first saw the phrase “Taskbar corner overflow,” I pictured a bunch of app icons flowing out of the display like Niagara Falls. Turns out the corner icons are the icons in the right corner of the taskbar — the ones that show the time and date, your battery status, your volume level, and your Wi-Fi status, among other things. The overflow is the little pop-up menu that appears when you select the arrow to the left of those corner icons.

For the most part, the icons in the overflow window are meant to notify you when there is something that needs to be done — messages that have arrived or an update that is needed. This is also handy for apps, like Discord, that tend to run in the background; you can shut them down easily from the overflow by right-clicking on the icon and looking for the “quit” selection.

While most of the corner icons that come with Windows are permanent, some — specifically, the Pen menu, the Touch keyboard, and the Virtual touchpad — can be hidden. They can be found on the same taskbar settings menu that let us move the icons to the left; just click on “Taskbar corner icons” and toggle off the ones you don’t want to see.