I need TikTok to stop putting math on my FYP 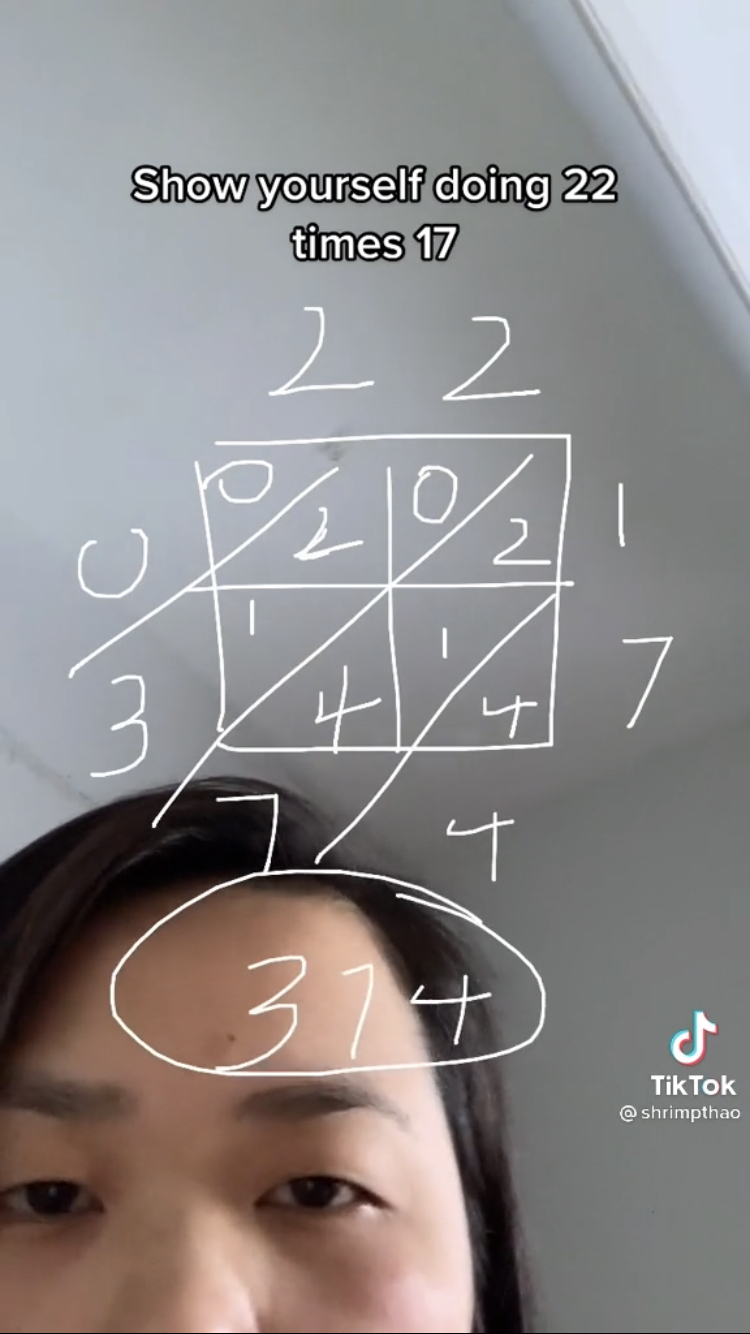 If you thought math was just a fleeting trend, think again.  For a second week in a row, math is making a comeback on our FYPs, along with the Despicable Me 2 soundtrack. Plus, find out why people are listing their (totally irrational) worst enemies on main.

Take a look: ‘Reading Rainbow’ is having a moment on TikTok

TikTokkers are doing math, listening to Pharrell, and fixating on their enemies–sounds like high school to me.

TikTok has gone too far this time. People are recording themselves doing something that should never be done in public: math. God only knows why someone would post their struggles with basic arithmetic, but thousands of people have and the views and likes are pouring in.

Some math problems that have come across my FYP are 93 + 97, 22 × 13, and 952 ÷ 7. These videos are typically soundtracked by a variety of songs, with the most popular being Taylor Swift’s “Shake It Off,” specifically the struggle part when she sings, “I’ve got nothing in my brain.” This trend also utilizes the app’s “Outline” effect that allows you to write directly onto your phone screen.

In these videos, you often watch someone’s face as they work through a math problem — and it’s frankly unsettling to see someone’s eyes searching for the right answer.

Some TikTokkers are using a variety of strategies to solve these equations, including the “lattice method” of multiplication which was not the technique of vogue when my colleagues and I were taught how to multiply. A video of @shrimpthao using the lattice method accumulated over 1 million views and nearly 200,000 likes on the platform.

These videos are often captioned “show how you work out,” followed by the problem in question. This allows for different mathematical strategies to be highlighted in each video. On the bright side, this trend shows that there are multiple ways to arrive at the correct answer.

Just a Cloud Away

“Happy” wasn’t the only track Pharrell Williams wrote for the Despicable Me 2 soundtrack; the lesser-known “Just a Cloud Away” is having its moment nine years after its release on the clock app. It’s a much less annoying upbeat track. “Just a Cloud Away,” is one of those rare TikTok sounds that’s first and foremost a song, rather than a vehicle for a trend. So far it has been used in over 370,000 TikToks.

People are posting all sorts of random clips using the song. I’ve seen everything from Harry Styles thirst traps to cute dog videos with this sound. A popular genre for this kind of song is happy reveal videos where users say something like, “me deciding to go on a walk one day,” and then on the walk they meet their soulmate. My favorite type of video to utilize “Just a Cloud Away” is a parody of overly happy reveals. In these TikToks, users say something they were worried about before revealing that their fear became reality. One example is @lizziemayor’s video that reads, “me as a senior worried I’d have no friends in college,” before transitioning to “now me with no friends in college.” 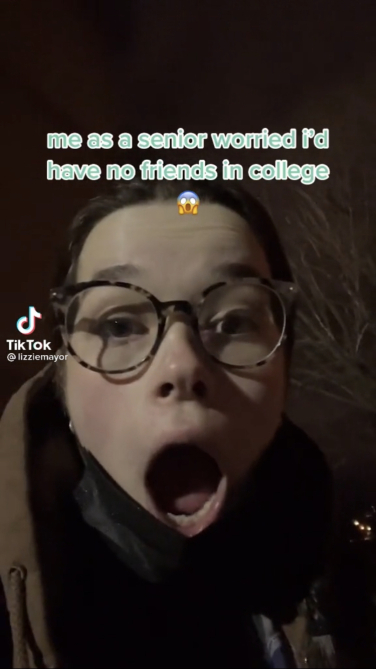 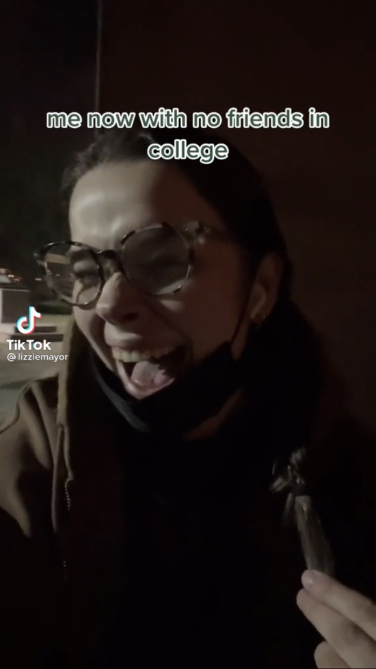 It’s classic, self-deprecating internet humor, but the TikTok reveal format is getting tired. Maybe this was the disruption it needed.

I wouldn’t wish that upon on my worst enemy

A clip from @gonoahgochain’s YouTube video got the TikTok treatment. In the clip, she says, “I wouldn’t wish that upon my worst enemy, unless we are talking about my enemy Gwenyth Paltrow. Fuck you Gwenyth Paltrow, you know what you did.” The creator’s worst enemy being Gwenyth Paltrow is very random, and TikTok users ran with the concept. The sound has been used in over 50,000 videos.

In a not-so-shocking turn of events, TikTokkers are using the sound to show off their worst enemies — and the term enemy is being used loosely. Users are using this opportunity to irrationally hate on everything, from a celebrity to cars with obnoxiously bright headlights. Unfortunately, I have yet to see someone present an extremely petty nemesis that exists in their real life.