Is the mysterious ‘space diamond’ for real? An investigation. 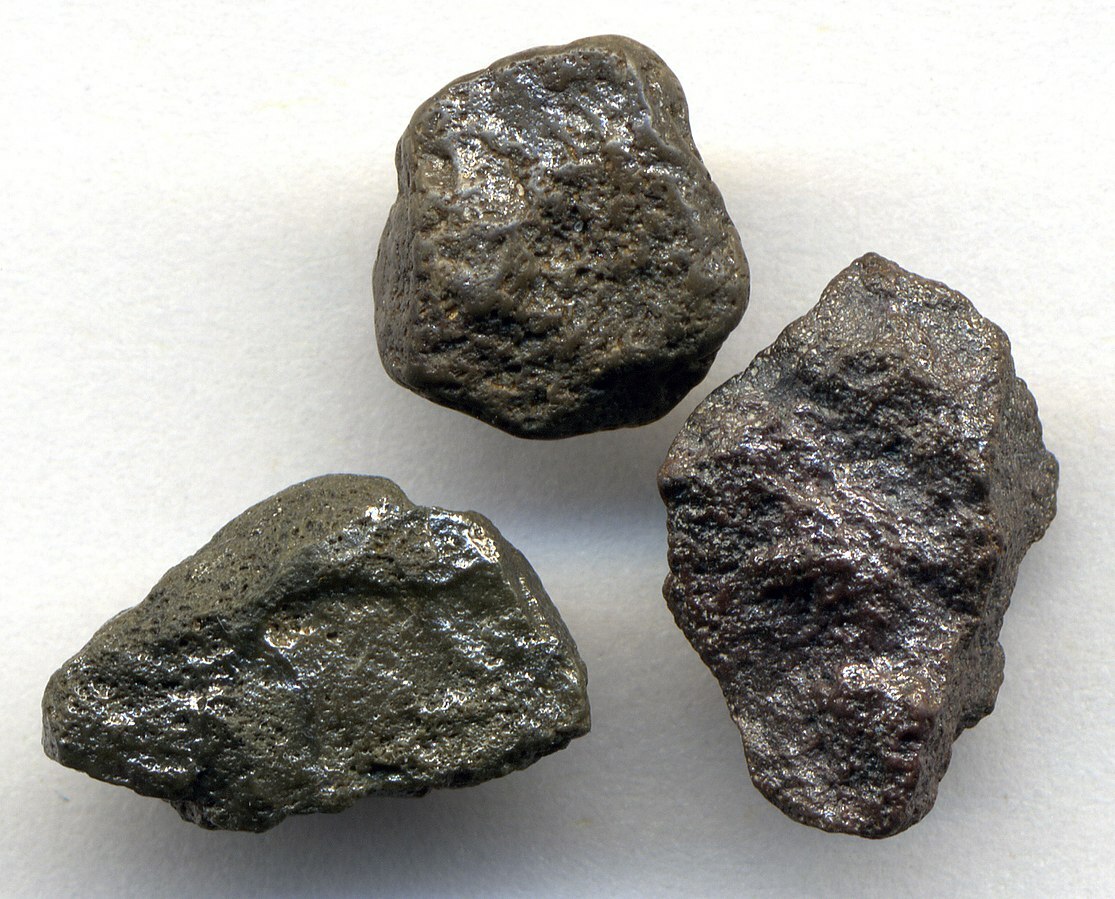 A profoundly curious gem is up for auction.

The pear-shaped jewel called “the Enigma,” cut with 55 gleaming sides, is dark and cryptic. The fine art company Sotheby’s calls the unusual diamond “one of the rarest, billion year old wonders known to humankind.” Bidding closes on Feb. 9, 2022. It may fetch millions.

Most intriguing of all, unlike the diamonds commonly perched atop engagement rings, the Enigma might not have been forged in the deep geologic furnaces of our planet. As Sotheby’s (fairly) notes, this ancient jewel may have come from outer space.

What, exactly, is this dark gem? And how could the origin of such a well-known jewel evade geologists? We asked them.

To those in the gem world, the Enigma is a well-known specimen. It’s an unusual species of diamond, called a “carbonado.” And at around the size of a lemon, it’s a huge carbonado. Like all diamonds, carbonados are made of carbon atoms that, under conditions of immense heat and pressure, form into an exquisite crystal structure.

Miners have pulled some two tons of carbonados from ancient layers of soil and rock in Brazil and the Central African Republic. Unearthed, they don’t outwardly dazzle. Rather, they often look like greyish nuggets, though they often have a curious sheen. Tiny bits of other elements confer a darker color on carbonados, similar to how trace amounts of chromium turn a ruby red.

Yet the Engima, like other carbonados, isn’t a giant, singular crystal. Ancient, still debated processes resulted in many, crystal structures getting fused together into these carbonado nuggets. It’s polycrystalline, meaning comprised of many randomly spaced crystals.

Wallace fiddled with three of his own carbonado nuggets while he spoke with me. “I paid a total of $30,” he said.

Carbonados, an extremely hard type of diamond, weren’t always appreciated as beautiful gems or curious collector’s items. When they were discovered in Brazilian jungles, French colonizers used them to polish furniture, and they were later employed as drill bits to cut the Panama Canal, explained Stephen Haggerty, a diamond expert and distinguished research professor at Florida International University.

What makes the Engima so impressive, other than its size, is it’s been fashioned into a dazzling gem. The carbonado has been cut into 55 faces, and likely polished with a laser. The result is this gleaming, semi-translucent, shadowy jewel.

Perhaps the greatest attraction of the Enigma, however, is its mysterious origins. We know the diamonds common in engagement rings are created on our planet. But carbonados?

Is it a space diamond?

The diamonds popular in jewelry today were forged around 100 miles beneath the ground in Earth’s mantle. Some are 3.5 billion years old; others are hundreds of millions of years old. Eventually, deep volcanic eruptions transported the extremely hard stones near to the surface, where, if discovered, they can become enticing gems.

Today, most diamonds are found in volcanic rock called kimberlite. But, crucially, carbonados are found elsewhere. They’re deeply embedded in sedimentary rocks, which are layers of rock formed by deposits of sediments over time, perhaps transported by rivers or floods (think the well-layered Grand Canyon). It’s quite possible, then, carbonados may not have spawned in the deep Earth, like other diamonds.

And the mystery deepens. The surfaces of carbonados are melted, leaving a shiny luster, similar to some volcanic rocks. What on Earth could have created the extreme heat necessary to form these glossy, diamond-rich nuggets — if not the mantle? Something entirely beyond Earth? These are open scientific questions.

“As scientists, no one really knows. We don’t have agreement,” said Runcevski.

If carbonados formed on Earth, some geologists have indeed proposed they may have been created, through complex geologic processes, in the scorching mantle. Perhaps ancient geologic happenings, like a tectonic plate gradually submerging into the mantle (called “subduction”), could have forged the carbonados.

But, for many geologists, the Earth-origin theories can’t explain another integral feature of carbonados. They are porous diamonds, meaning the gems contain a great number of minuscule holes. If they formed 100 miles beneath the ground, under unimaginable pressure, could there possibly be holes left in these diamonds?

“No way,” emphasized Haggerty, noting other diamonds don’t have these porous features. In the deep, deep Earth, there’s too much pressure.

There are a few compelling extraterrestrial theories. One is that carbonados formed when a meteorite impacted Earth at a tremendously high speed, ultimately creating the intense conditions for diamond formation. Then, there’s the theory that the carbonados already existed, perhaps on a comet or early planetary body in our chaotic, hot, early solar system. One long-ago day, they fell to Earth.

“We might have had a literal rain of diamonds.”

“We might have had a literal rain of diamonds,” said Los Alamos’ Wallace. The granular nuggets could have dropped from a large meteor exploding in the atmosphere.

Haggerty is sympathetic to extraterrestrial origins, in large part because he’s unconvinced by the Earth-origin theories. “I’d be delighted if someone could demonstrate they’re from Earth,” he said.

There’s definitely fodder for diamonds in the cosmos. Diamonds are made of carbon, and carbon is the fourth most common element in the universe. “There’s a huge amount of carbon out there,” Haggerty explained. Diamonds are certainly forming in space, he explained, perhaps even in the hot cores of dead stars, called white dwarfs. There, the heat could smelt these diamonds. “The thermonuclear laboratories in white dwarfs are more than sufficient to melt carbonado,” he said. To know if carbonados exist in space, scientists could one day potentially detect them in our solar system’s asteroid belt, or perhaps chase down a fallen meteorite. Might it be a carbonado?

For now, the notion of extraterrestrial origins remains fascinating. But the truth is elusive.

“It’s an enigma, sorry for the pun, whether the Enigma really originated in space,” said Runcevski, of Southern Methodist University.

What Earth was like last time CO2 levels were this high

How much is the gleaming Enigma — potentially from space — really worth? Millions?

The answer may be as elusive as the origins of the Engima itself. Each of us values different things, in different ways, for different reasons.

“How much is something worth? The answer is whatever a person ends up paying,” Wallace said.