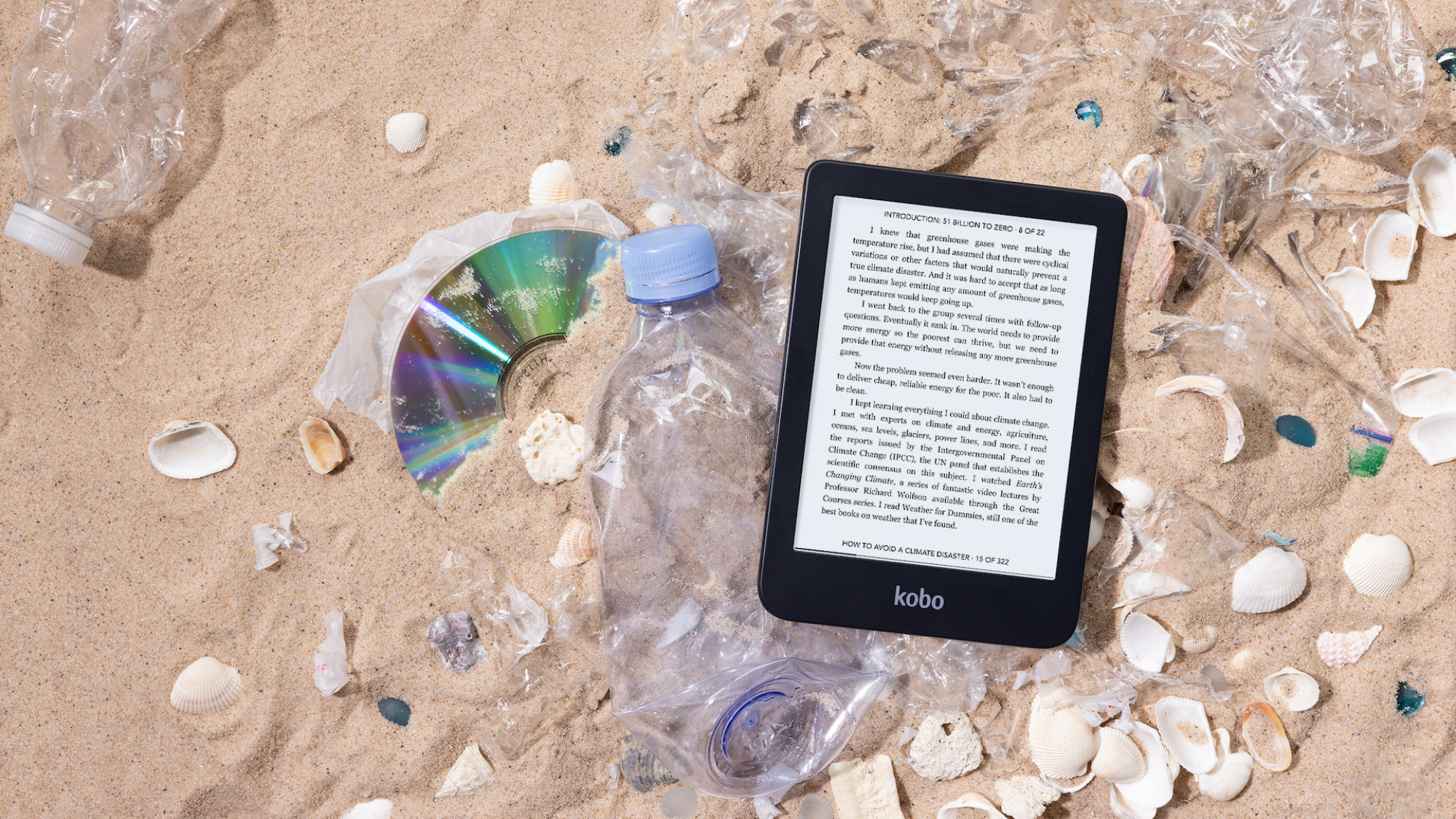 Creating a new tech product made from recycled materials won’t solve the overwhelming plastic pollution crisis (and definitely won’t solve the e-waste issue) but it’s sure a step in the right direction.

Toronto, Canada-based digital bookseller Kobo is launching a new waterproof e-reader, the Kobo Clara 2E, which could give Amazon’s Kindle e-readers a run for their money. According to the company, the device has an exterior made of more than 85 per cent recycled plastic (10 percent of which is supposedly ocean-bound). With up to 12 million tonnes of plastics being swept into the oceans annually, we’d love to see more tech companies leaning into this like sustainable design startups already do.

The Kobo Clara 2E, set for release on Sept. 22 via the Kobo website, comes with Bluetooth tech for audiobooks, 60 minutes water resistance in up to two metres of water, more storage for your eBooks than previous Kobo models (16GB), a six-inch HD E Ink Carta 1200 glare-free screen with dark mode and blue light reduction, and weeks-long battery life. They’ll cost $150.00 (£129.99) each, which is cheaper than the company’s previous Forma model but more expensive than its Nia model.

As well as the exteriors, Kobo’s SleepCovers for the device are made from recycled polyester and an inner microfibre lining made with 40 percent recycled plastic water bottles — they come in different colours including Black, Deep Ocean Blue, Coral Reef Orange, and Sea Glass Green.

E-waste recycling guide: How to get rid of computer parts, old phones

“We believe that each small, thoughtful, and intentionally placed act can make a meaningful impact,” said Rakuten Kobo CEO Michael Tamblyn in a press statement. “So, we’re starting by incorporating recycled materials into the device, accessories, and packaging to complement our booklovers’ favourite features.”

It’s not the whole picture though — make sure you’re looking at what that company is doing to reduce emissions from other elements like deliveries and packaging (including single-use plastics) for a start, not to mention which of their other products aren’t using recycled plastic.

In a press release, Rakuten-owned Kobo said its latest packaging is “magnet-free, made with FSC-certified recycled paper, and printed with soy ink.” The company also said it has plans to divert more than 200,000 plastic bottles from the ocean over a year, as well as removing over one million CDs and DVDs from landfills. Kobo recently committed to offset 100 percent of carbon emissions from shipments of its eReaders (revenue will go to the Great Bear Forest Carbon Project), but by now, I hope we all know carbon offsets come with their own levels of BS — companies shouldn’t purely rely on these to reduce emissions.

The devious fossil fuel propaganda we all use

Don’t get me wrong. I’m not railing on Kobo for using recycled plastic or promoting it in a product’s marketing — in fact, it’s a great if not crucial thing to find innovative ways to repurpose plastic at the rate microplastics are taking over our oceans. I’m just saying it’s good to know more about what else companies are doing to commit to reducing emissions and helping to tackle the environmental crisis facing our planet, and it sounds like Kobo is at least making a start.