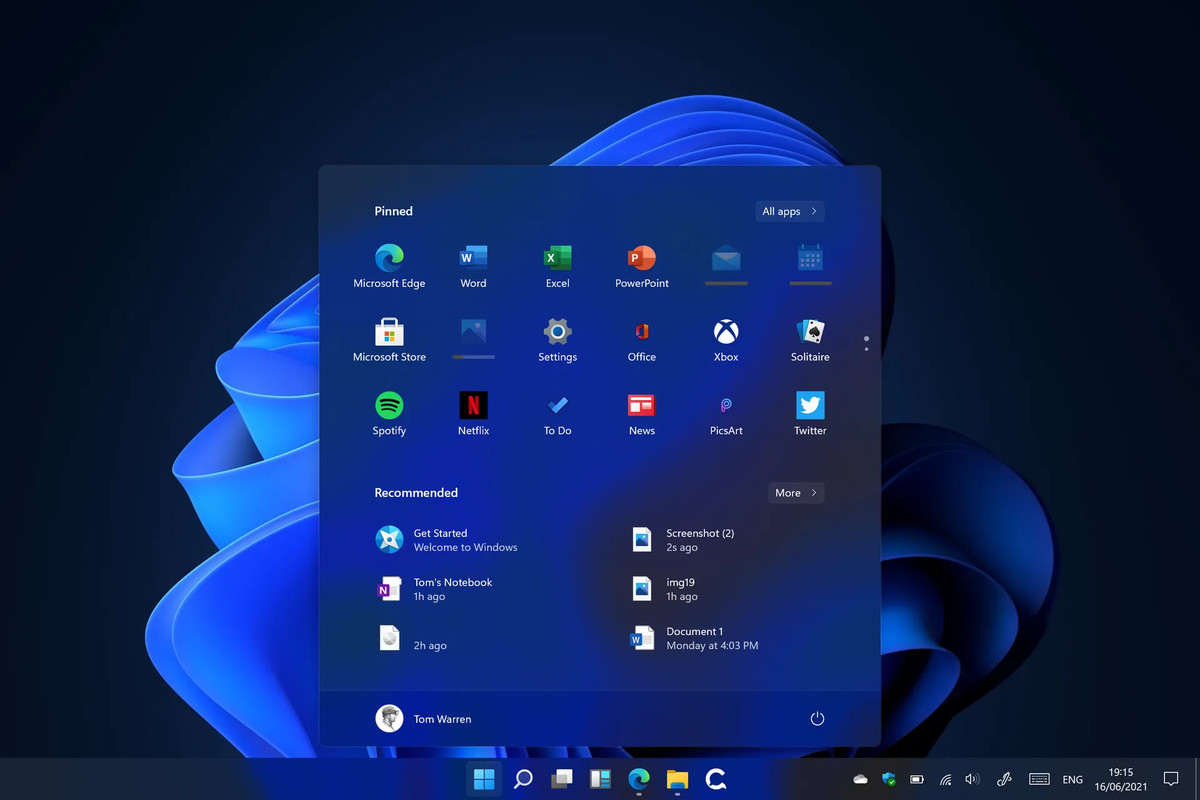 Microsoft is announcing today that it won’t block people from installing Windows 11 on most older PCs. While the software maker has recommended hardware requirements for Windows 11 — which it’s largely sticking to — a restriction to install the OS will only be enforced when you try to upgrade from Windows 10 to Windows 11 through Windows Update. This means anyone with a PC with an older CPU that doesn’t officially pass the upgrade test can still go ahead and download an ISO file of Windows 11 and install the OS manually.

Microsoft announced its Windows 11 minimum hardware requirements in June, and made it clear that only Intel 8th Gen and beyond CPUs were officially supported. Microsoft now tells us that this install workaround is designed primarily for businesses to evaluate Windows 11, and that people can upgrade at their own risk as the company can’t guarantee driver compatibility and overall system reliability. Microsoft won’t be recommending or advertising this method of installing Windows 11 to consumers.

It’s a big change that means millions of PCs won’t be left behind, technically. Consumers will still need to go to the effort of downloading an ISO file and manually installing Windows 11, which the vast majority probably won’t do. But for those happy to install Windows manually, the actual minimum Windows 11 specs mean that CPU generations don’t matter, as long as you have a 64-bit 1GHz processor with two or more cores, 4GB of RAM, and 64GB of storage.

Alongside the workaround to install Windows 11, Microsoft is also tweaking its minimum system requirements to include more processors. Intel’s Core X-series and Xeon W-series will now be officially supported for Windows 11 upgrades, alongside Intel’s Core 7820HQ chip that’s inside the Surface Studio 2.

Microsoft has been testing these processors with Intel, but the 7820HQ is only supported on devices that ship with Declarative, Componentized, Hardware Support Apps (DCH). You may have heard of DCH in GPU drivers, and it’s a cleaner and more secure driver design that Microsoft has been encouraging OEMs and hardware manufacturers to adopt in recent years. Apps like GPU control panels are separated from the driver install with DCH, allowing OEMs to service them separately without having to issue new driver updates.

Microsoft won’t be officially supporting any Zen 1 CPUs, despite testing them recently. “After carefully analyzing the first generation of AMD Zen processors in partnership with AMD, together we concluded that there are no additions to the supported CPU list,” says Microsoft’s Windows team in a blog post today.

Obviously there is a workaround to install Windows 11 on these older AMD systems, but Microsoft says devices that don’t meet the minimum hardware requirements “had 52 percent more kernel mode crashes.” Devices that meet the official minimum specs “had a 99.8 percent crash free experience,” says Microsoft.

Microsoft is now planning to update its PC Health Check app (a preview is available here) to include the new Intel CPUs and provide much greater clarity on why your PC might not be able to officially upgrade. The new PC checker app will let Windows users know if they need to simply enable Secure Boot or TPM 2.0 to upgrade, which is much better than the vague unsupported message that greeted many in June.

Microsoft also details how it arrived at these minimum system requirements for Windows 11. Microsoft wants to push Windows toward modern DCH drivers and modern security with Trusted Platform Module (TPM) support and virtualization-based security (VBS). There’s never a good time to try to change hardware requirements, but with a workaround in place it does cushion the blow of what Microsoft is trying to achieve around improving the security, compatibility, and reliability aspects of Windows 11.