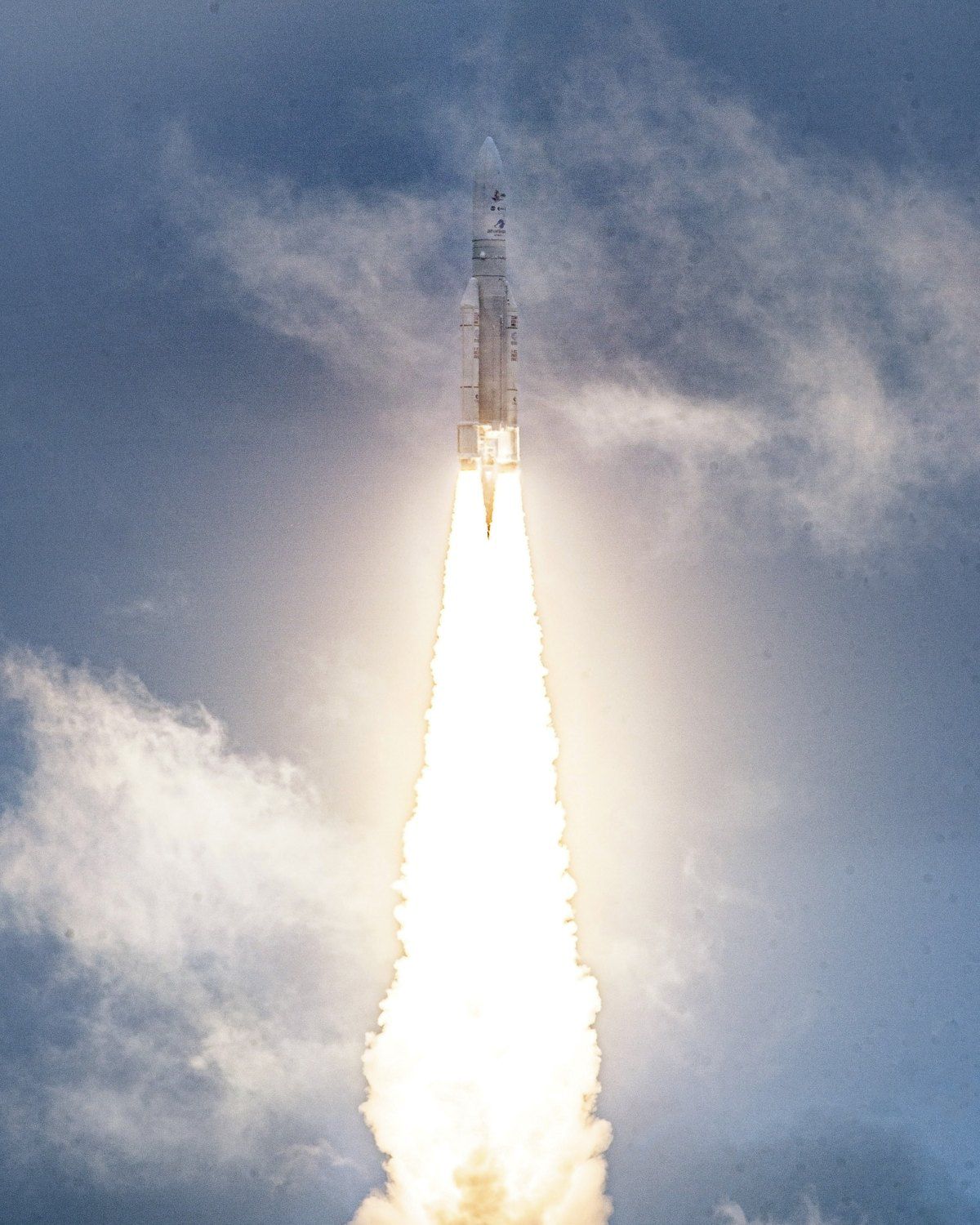 Early Christmas morning, NASA’s revolutionary new space observatory, the James Webb Space Telescope, successfully launched into space after taking off on top of a European Ariane 5 rocket from South America. The launch marks the beginning of one of the most anticipated NASA missions in decades, a program that promises to transform how we study the deepest depths of the Universe.

“From a tropical rainforest to the edge of time itself, James Webb begins a voyage back to the birth of the Universe,” Rob Navias, NASA’s announcer on the agency’s livestream, said at liftoff.

Though the initial trip to space may have been successful, there’s still a risky journey ahead for the James Webb Space Telescope, also known as JWST. Over the next month, the spacecraft will be journeying out to its final location 1 million miles from Earth. Along the way, the spacecraft will be slowly unfolding and reshaping itself to reach its final configuration, a process that is absolutely necessary for the telescope to observe the cosmos. There are hundreds of steps involved and plenty of moments where one bad deployment could jeopardize the entire mission.

But if it all works out, JWST will become one of the most important tools we’ve ever had for peering into the distant recesses of space. With a gold-plated mirror stretching 21 feet, or 6.5 meters wide, JWST will be able to gather infrared light from galaxies that has crossed 13.6 billion light-years through space and time. So when JWST sees these distant clusters, it will be seeing them as they were 13.6 billion years ago, right after the Universe as we know it came into being. Astronomers believe that the Big Bang, which sparked the expansion of our Universe, occurred 13.8 billion years ago.

On top of that, JWST will observe every kind of cosmic object we can possibly see, from distant alien worlds and black holes, galaxies, supernovae, and violent collisions between dense stars. And perhaps, we’ll see some things we were not expecting along the way. “We are, without a doubt, going to see surprises… the likes of which we can only dream of right now,” Thomas Zurbuchen, the associate administrator for the Science Mission Directorate at NASA, tells The Verge.

JWST is often considered the successor to the Hubble Space Telescope, which has been orbiting the Earth since 1990. However, JWST’s mirror will dwarf Hubble’s mirror, which is just 8 feet, or 2.4 meters, wide. This next-generation observatory promises to be 10 to 100 times more sensitive than Hubble and much more capable of picking up distant, faint objects. To emphasize JWST’s impressive capabilities, NASA claims that the telescope would be able to pick up the infrared light emitted by a bumblebee located at the distance of the Moon.

Astronomers have dreamt of JWST’s capabilities for the last two and a half decades, but turning those dreams into reality has been a grueling process. Scientists formally proposed a massive infrared space telescope in 1996, and early mission engineers hoped to launch such an observatory as early as 2007 for a price tag as low as $1 billion. However, creating the spacecraft took much more time and money than anyone anticipated. JWST missed one target launch date after the next, while its budget ballooned by billions of dollars. Congress even tried to cancel the project at one point over the rising costs but agreed to continue funding the mission if NASA stuck to a cost cap of $8.8 billion. However, NASA blew through that, and the entire mission cost now sits at $9.7 billion.

Ultimately, JWST became known for consistently being late, with plenty of testing and construction mishaps on its road to launch. But after all the delays, hard work, and lessons learned, JWST finally arrived at its launch site in French Guiana this October, traveling by boat from California, where it had been undergoing final tests at the site of its primary contractor Northrop Grumman. However, the mishaps followed the telescope to South America. As engineers prepped the telescope for launch, a clamp holding JWST snapped and sent vibrations through the vehicle. And up until launch, flight personnel were working out a communications issue with the ground systems that supported the flight.

After all of those headaches and tension, JWST miraculously made it to space in one piece this morning. “This countdown was as flawless as you can imagine,” Navias said.

But the telescope’s work is just beginning. JWST had to fly to space folded up, as it’s too massive to fit on any existing rocket in its final form. NASA and Europe agreed to fly JWST on Arianespace’s premiere Ariane 5 rocket back in the early 2000s, citing the vehicle’s reliability. Although Ariane 5 is nearly 18 feet, or 5.4 meters, wide, it was still not big enough to carry JWST to space completely unfurled.

Now a long to-do list of deployments is in store for the telescope. JWST already deployed its solar array in order to get power from the Sun, and tomorrow, it will deploy its high gain antenna to communicate with Earth. After that, the telescope will slowly deploy various beams and structures, reconfiguring its shape so that it can observe infrared light of the distant Universe. Perhaps its most crucial deployment is its sunshield, which consists of five thin layers of a material called Kapton. In order to see in infrared light, JWST must stay incredibly cold. The sunshield is key for absorbing heat from our Sun, allowing JWST to remain a frigid -370 degrees Fahrenheit. The shield’s deployment must be perfect to guarantee the mission’s success.

Once that is complete, JWST will fully deploy its primary mirror, which also had to launch to space folded. The final test comes roughly 29 days from today, when JWST fires its onboard thrusters and puts itself into its final orbit 1 million miles from Earth. There it will live out the rest of its life, always pointed away from the Sun, until it runs out of fuel in five or 10 years. NASA is providing live tracking of JWST’s position in space, as well as the status of all of these crucial deployments.

Even if all those steps go well, it’s going to be some time before JWST’s science begins. First, it must cool down to cryogenic temperatures, and then scientists will have to test out all of JWST’s instruments to make sure they work properly. A roughly-six month wait is in store, but if we’re lucky, the first unbelievable images from JWST could be available this summer. NASA won’t say what those first images will be, but they promise to be stunners.

“We want to surprise the world with what these images are going to be,” Amber Straughn, the deputy project scientist for JWST at NASA’s Goddard Space Flight Center, tells The Verge. “And those first science images, of course, are taken to be beautiful, stunning, amazing images. And I myself can’t wait to see what they are and to see what they look like.”