‘Pearl’ review: Gory ‘X’ prequel stands on its own 2 feet 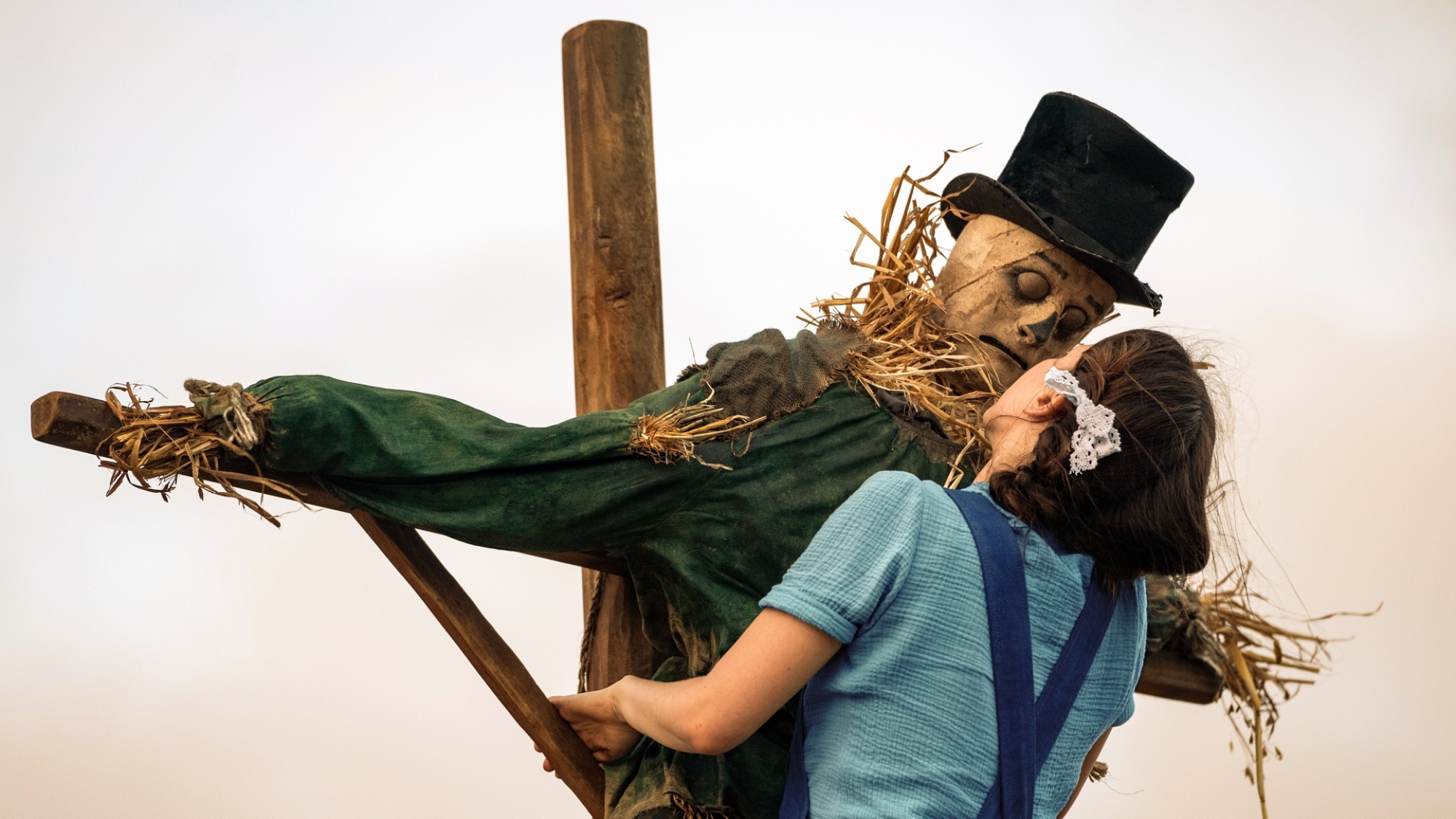 When X strolled into theaters in March 2022, audiences were eager to experience Ti West’s fresh tale of sexy, bloody mayhem on a Texan farm-turned-porno set. I was giddy to discover that the film held more secrets than I first realized — first, and most importantly, it was great, and it was gory, and it was fun.

The anticipation of Pearl is the most fun part of the movie.

The third surprise of X was a trailer for Pearl after the final credits. I saw X on the Thursday night it opened, and most of the theater had cleared out except for those of us who knew the score from social media. The trailer looked vibrant to the point of uncanny, Sirk gone slightly sour or Oz on (even more) acid, and we were stoked.

Fast forward just a few months, and the film that Goth and West secretly co-wrote a script for and filmed after wrapping X has taken TIFF by storm. It definitely seems like it was a gratifying exercise in collaboration and character-building for West and Goth, who got to create an entire, gruesome backstory for the murderous Pearl. Pearl also serves as a time capsule for the particular phase of COVID-19 in which it was written and filmed. West and Goth co-wrote the script for Pearl while self-quarantining in New Zealand in the summer of 2020, before filming for X began. Setting Pearl in 1918 means the characters are faced with the Spanish flu, the pandemic that offers many fascinating (and dismaying) parallels with COVID-19, which at the time in which Goth and West were brainstorming was even more mysterious and virulent than it is now.

In her titular film, Pearl spends a lot of time alone, both because of the farm’s location and because of the pandemic, but it’s not entirely clear if her problems started during isolation or were simply exacerbated by it, though it’s likely the latter. Her husband Howard (Alistair Sewell) is fighting abroad in World War I, and her father (Matthew Sunderland) is catatonic. Her mother (Tandi Wright) is a brittle, religious German immigrant, who is constantly scolding Pearl. Pearl’s only escape is when she gets to ride her bike to town — where townspeople still wear masks and the threat of the Spanish flu is omnipresent — and sneak off to the movies. A neat trick about making a movie during the early phases of a pandemic that’s also about a pandemic is that it explains why there aren’t more people (actors) on set.

When the handsome projectionist (David Corenswet) mouths some empty platitudes about how she should be in the pictures herself, Pearl falls for it hook, line, and sinker. In a truly WTF moment, she pulls down a scarecrow in a cornfield, steals its top hat and dances a duet with it, hallucinates the projectionist’s head on it and screams at it, then humps it to orgasm. It’s tonally jarring and unintentionally hilarious, despite how committed Goth is to the performance.

There’s something wrong with Pearl, and it’s not clear exactly what, but she thinks that the answer is to be a star. If everyone looks at her and applauds for her, that must mean they will love her and never leave her and force her to kill them…. But I’m getting ahead of myself.

You don’t need to have seen X to follow Pearl. 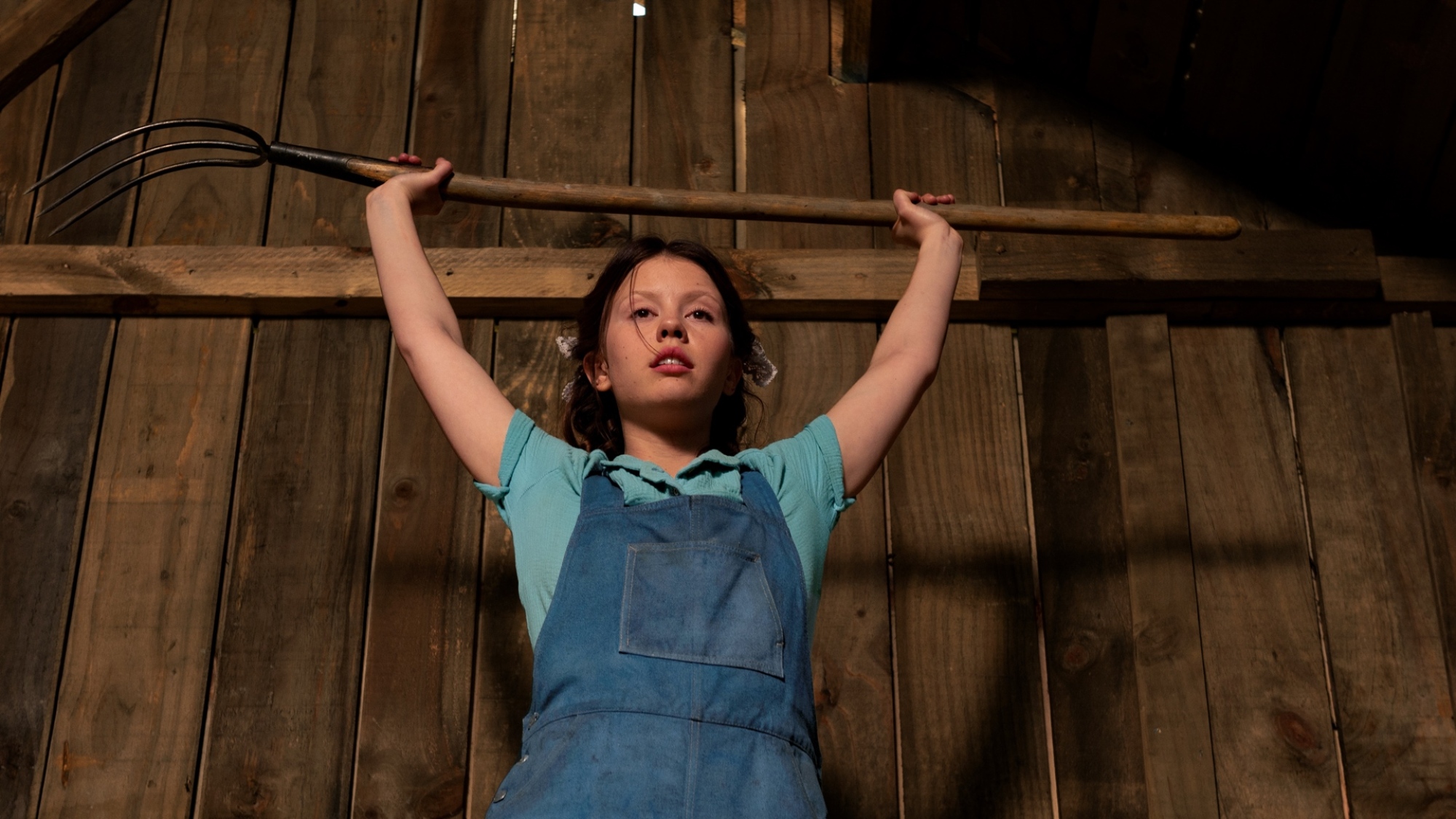 There is allegedly a basket full of Easter eggs in Pearl, but I must have missed them. There are allusions to and echoes of X that I picked up on, like the projectionist’s blue movie aspirations mimicking Wayne’s smooth-talking ways, or Pearl’s predilection for her pitchfork and her creative uses for the root cellar, but nothing really blew my hair back like X’s audacious gore and softcore charms.

Mia Goth’s performance is terrific, which is good because it’s what most of the film rides on, along with its era-appropriate quirks. There are some great scenes where Goth goes wild for the camera, her eyes huge and her smile a desperate rictus as she throws herself into attempting to create a new reality for herself — one where she’s loved, where nothing is wrong, where she hasn’t done such terrible things… But she isn’t, everything is, and she has and will continue to do so for many years to come. It definitely made me want to rewatch X with fresh eyes — a few months from now, maybe.

Honestly, I’m more curious about the intervening years and how she went from libidinous cutie chafing under her mom’s sanctimony to the cranky broad who has the TV blasting Jimmy Swaggart 24/7. Alas, we will have to wait until after X’s sequel, MaXXXine, comes out in another year or so before we can hope for Pearl: The Perimenopausal Years.

Pearl made its North American Premiere at the 2022 International Film Festival, and is now playing in theaters.