Photos: The bizarre deep-sea creatures living on the Endurance shipwreck 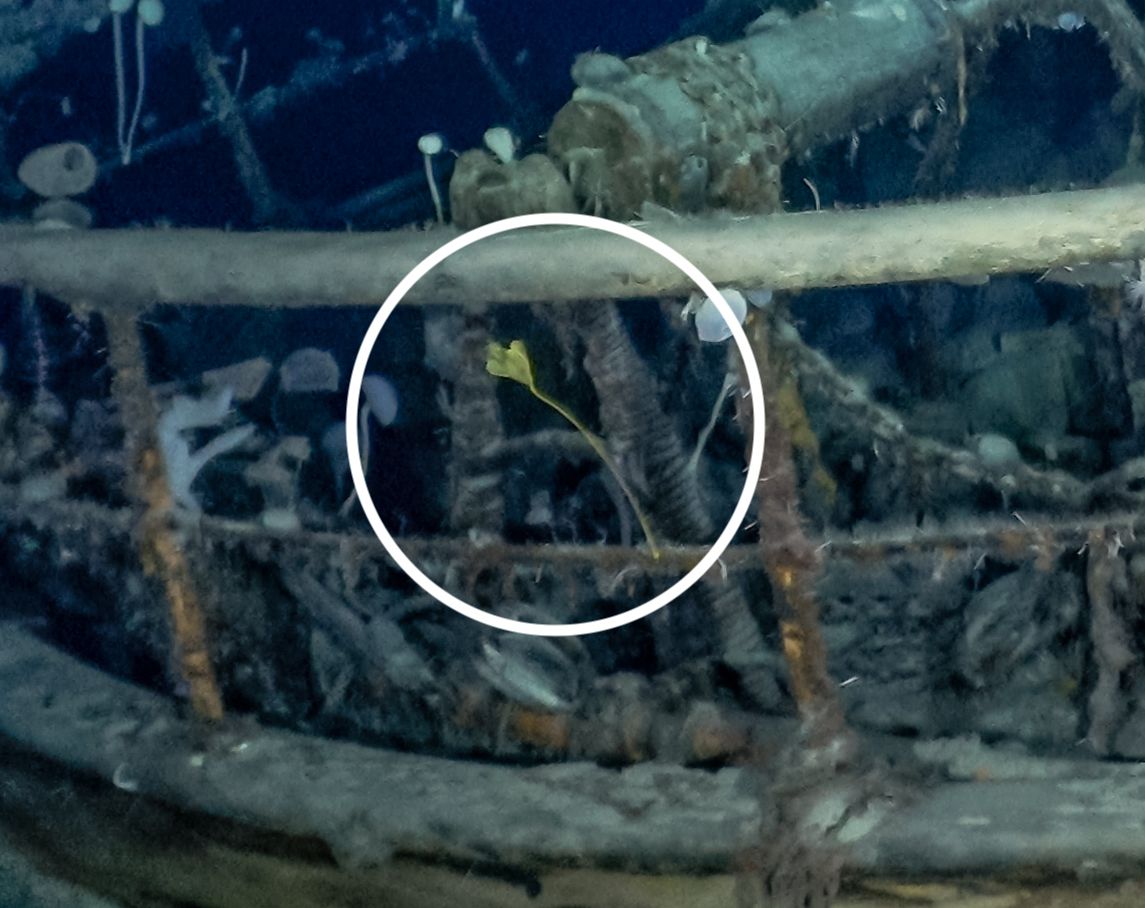 A team of deep-sea explorers announced a groundbreaking discovery this week: The Endurance, a 144-foot ship that sank in 1915 during an expedition led by Ernest Shackleton, has finally been found. It rests nearly 10,000 feet down in the icy waters of Antarctica.

But for some marine scientists, the ship itself was only a small part of the excitement. Even more interesting are the deep-sea creatures that have made a home of it. “The ship is cool, but look at those things living on it,” said Huw Griffiths, a marine biogeographer at the British Antarctic Survey, who was not part of the discovery expedition.

The sunken ship, which remains in near-pristine condition, is an oasis of life for deep-sea creatures, not unlike a watering hole in a desert, he said. In Antarctica, the ocean floor has few other large structures like this — human-made or otherwise — which provides a foundation for fledgling anemones, sea squirts, and other animals to take hold. “Their larvae and eggs are just floating around and this is kind of like paradise for them,” Griffiths told Vox.

Most of the animals are filter feeders — using various grippy appendages, they pull particles out of the ocean, such as bits of plankton or poop, much of which rains down from shallow depths. Though these dark waters may seem desolate and devoid of life, they’re full of nutrients. “There is so much food in Antarctica,” Griffiths said, in part because there’s sunlight for six months out of the year.

The animals down here have evolved over millions of years to withstand frigid temperatures, which reach below -2 degrees Celsius in this region, Griffiths said. Some fish have antifreeze chemicals in their blood, for example, and many Antarctic animals produce “heat-shock” proteins that keep their cells intact. “It seems really hostile to us, but it’s probably perfect for what these animals are adapted to,” Griffiths said.

Rising temperatures linked to climate change are shrinking sea ice in Antarctica — this year, sea ice reached a record low. That’s partly why the team, organized by the Falklands Maritime Heritage Trust, was able to find the ship, Griffiths said.

The creatures living on the ocean floor, however, are largely sheltered from climate change’s wrath, he said. Temperatures down there don’t change much, he said, even as they rise in shallow seas. And while the Southern Ocean is quickly becoming acidic as it absorbs carbon dioxide from the atmosphere, most animals on the wreck lack a skeleton or shell that can easily dissolve.

It’s a good thing, too, because animals in the Antarctic are highly bizarre but also largely unknown. A whopping 10 to 20 percent of organisms that scientists bring back from expeditions are new to science, he said. Griffiths, for one, has two species of sea cucumber named after him.

So what do some of these critters actually look like? See for yourself.

These creatures look like plants — hence their name — but they’re actually deep-sea invertebrates, and ancient ones at that. They date back 480 million years. “It’s a living fossil,” Griffiths said.

Grounded in place with a stalk, the lily uses hair-like structures on its head to trap debris floating through the icy water. They’re closely related to sea stars and bristle stars, Griffiths said.

While most creatures on the sunken ship are fixed in place, Griffiths spotted at least one crab. Remarkably, this is the first account of a crab living in the Weddell Sea, said Griffiths, who wrote a paper on the whereabouts of crabs in Antarctica.

“They’re not known to exist in water this cold,” he said. “It’s the last thing I would expect to find on this wreck. This crab shouldn’t be there.”

Ok so I changed my mind! In one of the higher resolution images shared by @BBCAmos my @BAS_News colleague Dr Katrin Linse and I just spotted a CRAB!!! Probably a munopsid of kiwa (yeti crab)! Crabs have NEVER been recorded in the Weddell Sea before! AMAZING find! pic.twitter.com/02GPWwQHvv

The ship was also covered in large anemones, some of which looked like they could be the size of dinner plates. Deep-sea creatures in Antarctica are able to live especially long and grow large, Griffiths said. The oldest sponge, for example, is 15,000 years old.

“If you want to have a long and happy life, you need something quite stable, and this ship is surprisingly stable,” he said.

Anemones have specialized stinging cells in their tentacles, which guide food into their mouth. “The #Endurance seems to be being steered by a sea anemone at the wheel!” Griffiths tweeted.

Griffiths also saw at least one Brisingid sea star. Unlike other kinds of stars, which hunt or scavenge for food, these creatures filter their prey out of the open ocean by waving their arms in the water.

For animals with such fun-sounding names, sea squirts seem to do very little: “It’s just a big sack of liquid, basically,” Griffiths said. Filter-feeding invertebrates, sea squirts cycle water in and out through tube-like siphons, catching debris floating through.

Sea squirts pump water in and out through their two syphons to collect plankton and marine snow (dead things and poo raining down from the surface). (3) pic.twitter.com/lCN61fvkf1

As primitive as they seem, however, sea squirts have spinal cords and are actually more closely related to humans than anything else you could find on the ship, he said. “They are kind of like the ancestors of all of us who have spinal cords,” he said.