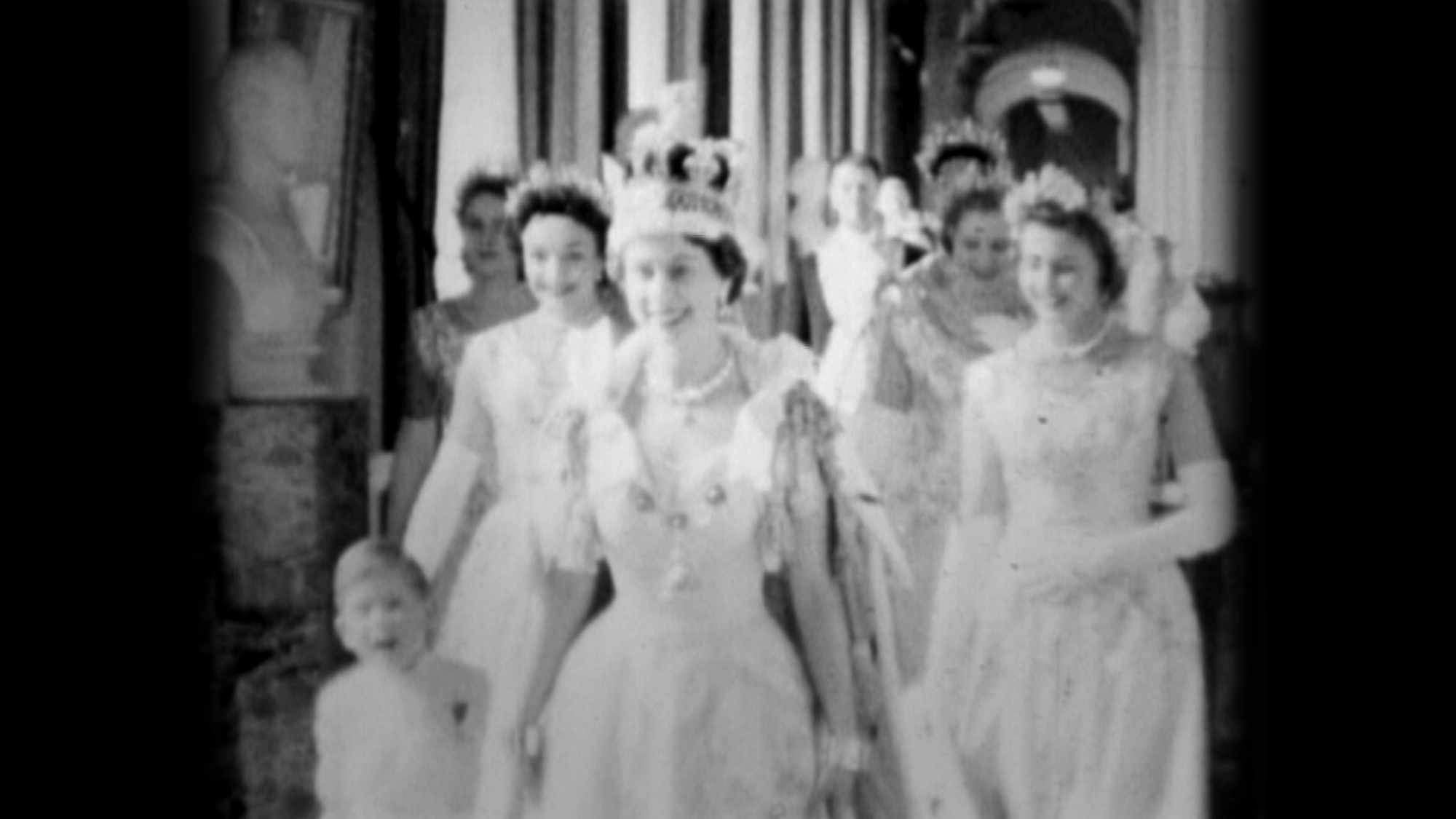 Queen Elizabeth II has died at age 96, the Royal Family has confirmed.

“The Queen died peacefully at Balmoral this afternoon,” a statement issued by Buckingham Palace on Thursday evening at 6:30 p.m. BST read. “The King and The Queen Consort will remain at Balmoral this evening and will return to London tomorrow.”

The Queen had been under medical supervision at Balmoral on Thursday, after her doctors were concerned for her health.

Elizabeth became the world’s longest living reigning monarch after the death of King Bhumibol Adulyadej of Thailand in 2016 and has seen 15 UK prime ministers since she ascended the throne in 1952.

In February 2022, Her Majesty became the first British monarch to celebrate a Platinum Jubilee, marking 70 years of service.

The Queen’s death is likely to cause a huge cultural, social, and political shift in Britain and in the Commonwealth countries, with shockwaves felt all over the world.

What is “Operation London Bridge”?

Arrangements for the succession of the Queen have already been made for some time.

Inside Buckingham Palace, these plans are known as “Operation London Bridge” and they concern the Queen’s funeral and the series of events that will lead to the new monarch’s accession to the throne.

According to details published by the Guardian and Politico, the prime minister (recently appointed Liz Truss) will be alerted to the queen’s death on a secure line by civil servants, who will utter the code: “London Bridge is down.” For the death of King George VI, Elizabeth’s father, the code word was, “Hyde Park Corner.”

When will Prince Charles become King?

In this handout photo provided by Clarence House, Queen Elizabeth II walks down the Principal Corridor with Prince Charles (L) on the day of her Coronation on June 02, 1953 in London, England.
Credit: Getty Images

Immediately. Since authority passes on accession, not on coronation, the Prince of Wales, Prince Charles, “will automatically become king at the time of the Queen’s passing,” Dr. Carolyn Harris, a historian, author and royal commentator based in Toronto, Ontario, Canada, explained to Mashable.

In a statement released Thursday, Charles, now His Majesty The King said: “The death of my beloved mother Her Majesty The Queen, is a moment of the greatest sadness for me and all members of my family.

“We mourn profoundly the passing of a cherished Sovereign and a much-loved Mother. I know her loss will be deeply felt throughout the country, the Realms and the Commonwealth, and by countless people around the world.”

From the moment of Queen’s passing, Charles has become the monarch as there could never not be a sovereign on the throne. The Queen said in her Accession Day speech in Feb. 2022 it is her “sincere wish” his wife Camilla, the Duchess of Cornwall, to be known as Queen Consort.

Charles, who is 73, never hid his impatience to become King. In a series of comments in 2012, he joked about time running short for the biggest role of his life: “Impatient? Me? What a thing to suggest! Yes of course I am,” he said. “I’ll run out of time soon. I shall have snuffed it if I’m not careful.”

Will Charles be called King Charles?

Prince Charles will now be known as King Charles III. Thanks to the Royal Prerogative, royals can pick whatever name they like although there are some traditions to respect:

“Royalty may choose any name as a regnal name but in the past, the regnal name has always been the monarch’s first name or one of their middle names for British monarchs,” said Harris.

It’s rather interesting Charles has not avoided his christian name. The first King Charles was executed for treason after the English civil war, the second (his son) spent nine years in exile and Bonnie Prince Charlie, who led the Jacobite uprising in 1745, called himself Charles III while trying to dethrone King George II. 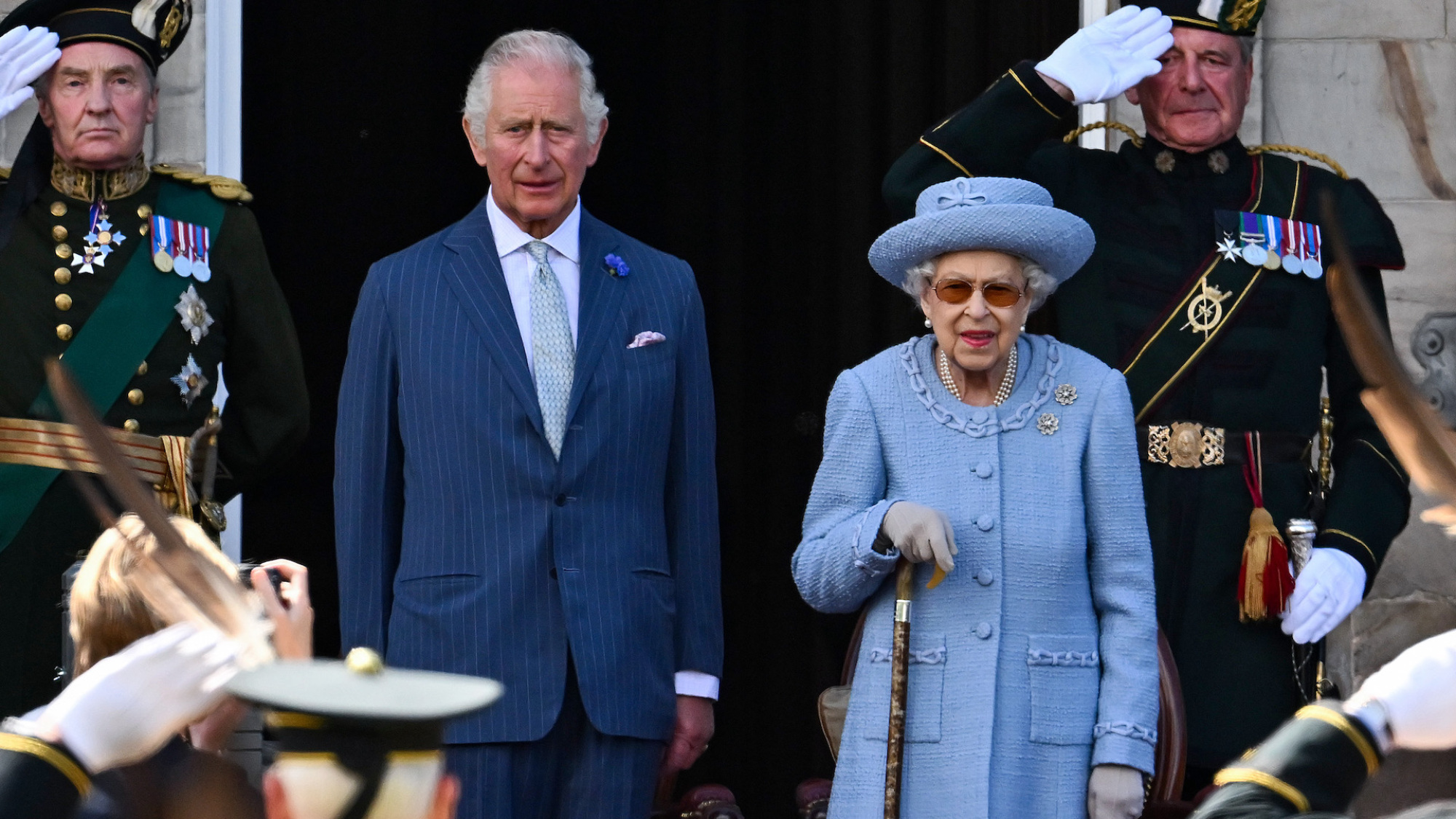 Behind closed doors, the Accession Council will meet at St. James’ Palace in London to formally proclaim the monarch’s successor. The council consists of Privy Counsellors, Great Officers of State, members of the House of Lords, the Lord Mayor of the City of London, the Aldermen of the City of London, High Commissioners of Commonwealth realms, the Prime Minister, and other civil servants.

One of the first acts of the new monarch will be to swear loyalty to Parliament and to the Church of England. The council will also make a “Proclamation of Accession”. This is the most recent, made after the death of King George VI:

Whereas it hath pleased Almighty God to call to His mercy our late sovereign lord King George the Sixth of blessed and glorious memory by whose decease the Crown is solely and rightfully come to the High and Mighty Princess Elizabeth Alexandra Mary: we therefore the Lords Spiritual and Temporal of this Realm being here assisted with these his late Majesty’s Privy Council with representatives of other members of the Commonwealth with other Principal Gentlemen of quality with the Lord Mayor, Aldermen and Citizens of London do now hereby with one Voice and Consent of Tongue and Heart publish and proclaim that the High and Mighty Princess Elizabeth Alexandra Mary is now by the death of our late sovereign of happy memory become Queen Elizabeth the Second by the grace of God. Queen of this realm and of her other realms and territories, head of the Commonwealth, Defender of the faith to whom her lieges do acknowledge all Faith and constant Obedience with hearty and humble Affection beseeching God by whom Kings and Queens do reign, to bless the Royal Princess Elizabeth the second with long and happy years to reign over us. God save the Queen.

“The Accession Council’s proclamation is read from the Friary court balcony at St. James’ Palace by heralds from the College of Arms,” said Harris. “The heralds travel around London and read the proclamation in various locations including the royal exchange, in the presence of the mayor.”

When will the Queen’s funeral take place?

Queen Elizabeth II’s body will be prepared to lie in state, which means to be presented for public viewing to allow people to pay their homage and respect.

During the lying-in-state period, the coffin rests on a raised platform in the middle of the Hall. Each corner of the platform is guarded around the clock by units from the Sovereign’s Bodyguard, Foot Guards or the Household Cavalry Mounted Regiment. 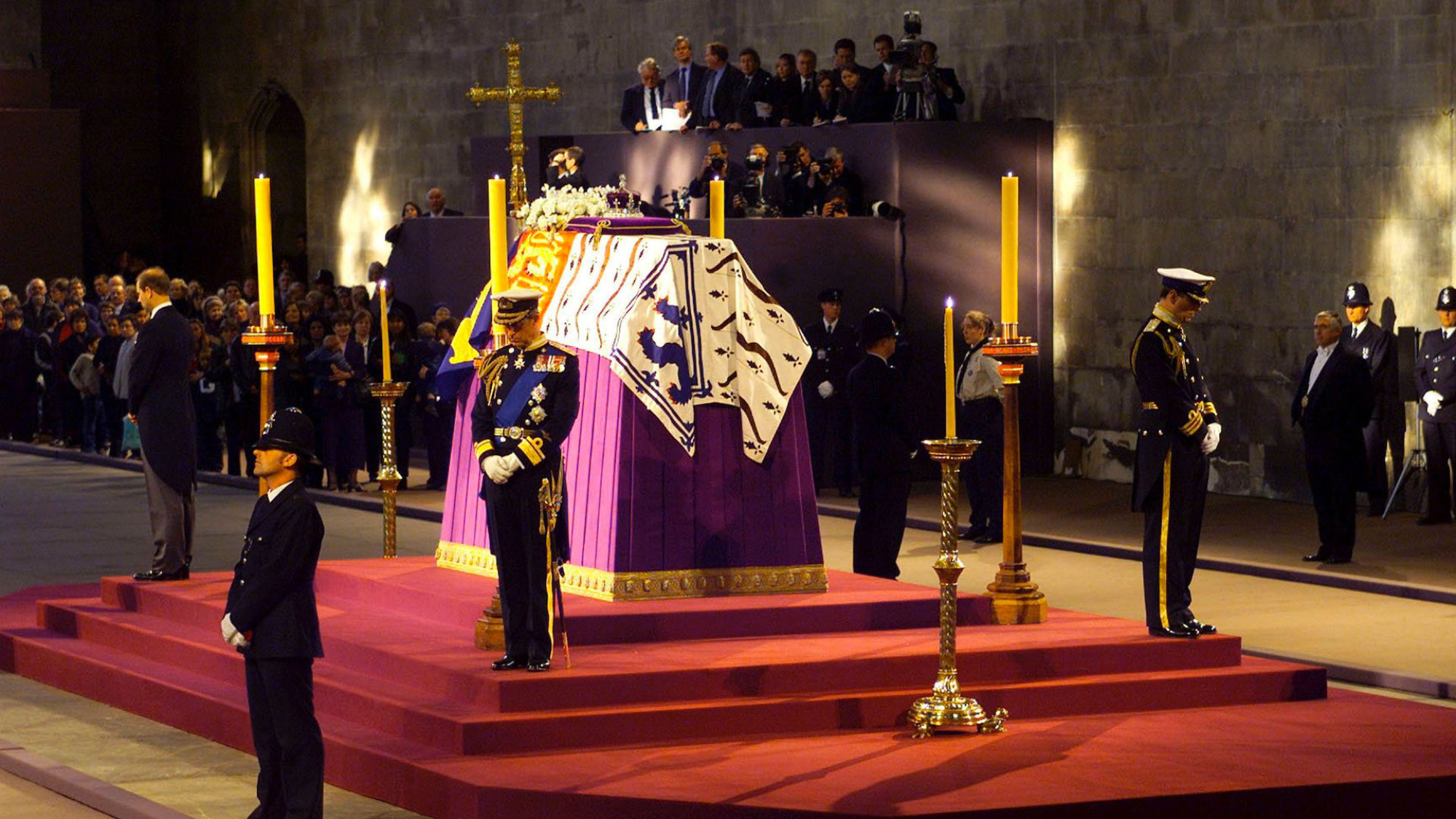 Prince Charles stands in vigil at the coffin of his grandmother the Queen Mother as it lies in state April 8, 2002 in Westminster Hall, London
Credit: Pool Photo / Getty Images

More than 200,000 people paid their respects for the Queen Mother after she died on March 30, 2002. The outpouring of grief surrounding Queen Elizabeth II suggests that her lying-in-state will likely overshadow that.

According to Politico, the Queen’s funeral will take place 10 days after her death, which means there will be 10 days of national mourning.

Then the Queen will be laid to rest in Windsor.

“The Queen will likely be laid to rest in St. George’s Chapel, Windsor Castle, where her parents, King George VI and Queen Elizabeth, the Queen Mother are buried,” according to Harris.

What of the Commonwealth?

The death of the Queen doesn’t only concern Britain, of course. From embassies to former colonies, Commonwealth and overseas territories — the list of entities and countries that swear loyalty to the crown is quite exhaustive.

Naturally, the Queen is head of the countries that are members of the Commonwealth, including Canada, Australia, New Zealand, Jamaica, and others. But that doesn’t mean the future King will automatically have the same post.

“In Canada, the Queen’s privy council for Canada will meet in Ottawa, while in Australia and New Zealand, the federal executive council meets in Canberra and Wellington,” Harris said.

After the mourning period — during which social functions will be cancelled, the Union Jack will be at half-mast and condolences book will be prepared — there is a concrete possibility the Commonwealth as we know it will cease to exist.

Fifty-four countries spanning Africa, Asia, the Americas, Europe, and the Pacific are part of the Commonwealth. Many of these countries felt a strong connection to the Queen and may choose to become Republic with their own head of state.

What else will happen after the Queen dies?