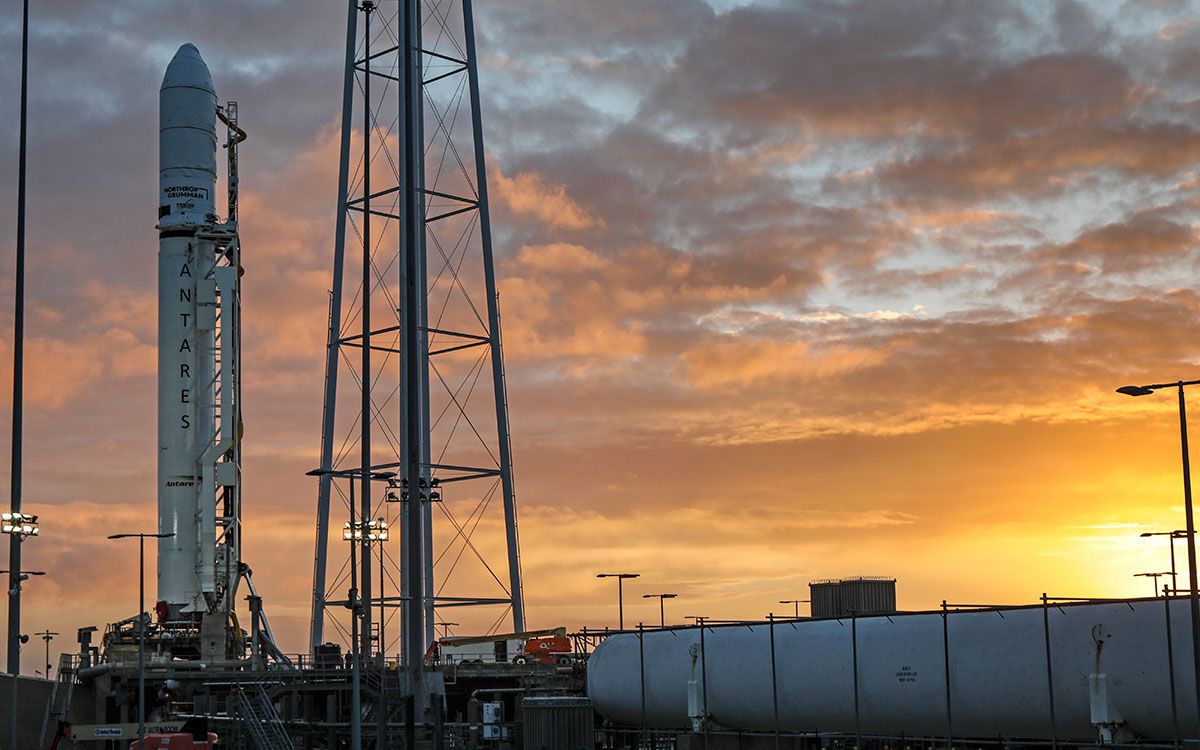 Russia’s state space corporation Roscosmos has issued its latest round of threats in response to global sanctions, this time claiming Russia will no longer sell rocket engines to the United States. Most rocket launches in the US should not be affected, but the decision could changehow cargo is sent to the International Space Station.

The head of Roscosmos, Dmitry Rogozin, announced the new policy in an interview with the Russia 24 TV channel. “Today we have made a decision to halt the deliveries of rocket engines produced by NPO Energomash to the United States,” Rogozin said in the interview, according to Russia’s state press site Tass. “Let me remind you that these deliveries had been quite intensive somewhere since the mid-1990s.” Rogozin also added: “Let them fly on something else, their broomsticks, I don’t know what,” according to Reuters.

The decision would primarily affect two companies in the US: the United Launch Alliance, which is a key launch provider for NASA and the US Department of Defense, and Northrop Grumman, which periodically launches cargo to the International Space Station for NASA. Both companies rely on Russian rocket engines made by NPO Energomash to propel their vehicles to space. However, ULA claims it alreadyhas all the Russian-supplied engines it needs for its rockets, as it transitions to a new vehicle with an American-made engine. As for Northrop Grumman, this decision may pause future flights of the company’s vehicles.

ULA, a joint venture between Boeing and Lockheed Martin, uses Russia’s RD-180 engine to power its workhorse Atlas V rocket, which the company has flown for nearly two decades. However, the RD-180 has been a controversial piece of hardware. Back in 2014, after Russia invaded Crimea, Congress banned the use of Russian rocket engines to launch national security satellites, which would have prevented ULA from using the Atlas V for missions for the Defense Department. That ban was ultimately lifted, but it spurred ULA to begin developing a new rocket, called Vulcan, which would use American-made engines.

I accelerated the delivery of the last RD180s. We have all that are required for the Atlas fly-out in hand, stored at the Rocket Factory in Decatur Alabama https://t.co/jKQHbUdepX

ULA ultimately selected Jeff Bezos’ Blue Origin to develop the engine for the new Vulcan. Called the BE-4, the engine is taking years longer to deliver than originally planned. However, ULA CEO Tory Bruno hints that the first flight BE-4 engines are almost ready. “The first flight BE4s are in the Blue factory now, doing well,” Bruno tells The Verge via Twitter direct message. “We have personnel imbedded to help and monitor.” The very first Vulcan flight, slated to take place this year, will launch a lunar lander called Peregrine for the commercial space company Astrobotic.

Because the Vulcan still isn’t ready to fly, ULA has had to continue relying on the Atlas V to maintain its launch contracts for the US government. Still, Bruno said last weekthat ULA “accelerated delivery” of the last RD-180 engines the company needed before Vulcan begins flying. He tells The Verge ULA has about two dozen more RD-180s in the company’s factory in Decatur, Alabama, which should cover all remaining Atlas missions through 2025. ULA is also transitioning to a new phase of contracts with the US Department of Defense, and Bruno says the company will use the Atlas V for the first flight of that new contract phase. All of the remaining flights in the second phase will use Vulcan.

That means Rogozin’s latest threat should not impact ULA for the time being, though it’s unclear what should happen if the BE-4 is significantly delayed beyond the last Atlas V mission. ULA says the company did have options to obtain more engines if necessary. “We have agreements for technical support and spares, but if that support is not available, we will still be able to safely and successfully fly out our Atlas program,” Jessica Rye, a spokesperson for ULA, tells The Verge in a statement. Roscosmos did note on Twitter that Russia would no longer help service the remaining RD-180 engines in the US.

Bruno maintains that ULA does not necessarily need consultation from Russia to operate the RD-180. “We like to be able to consult with them in the event that the engine might do something unexpected,” Bruno tweeted in response to a question by The Verge. “But, we have been flying them for years and have developed considerable experience and expertise.”

This new policy will probably have the biggest impacton Northrop Grumman’s Antares rocket, which uses NPO Energomash’s RD-181 engine. Rogozin claims that Russia was set to deliver a dozen more of those engines. “As of today, there were plans to deliver an additional 12 RD-181 engines in 2022-2024 and talks were also held with the United States on the delivery of RD-181M engines with improved operational characteristics but we believe that in this situation we can no longer supply the United States with our best engines,” Rogozin said in the interview, according to TASS.

Northrop Grumman’s Antares rocket launches the company’s Cygnus spacecraft, which is used to bring cargo to and from the International Space Station for NASA. Northrop has at least two more flights planned in the next couple of years. In fact, there’s a Cygnus spacecraft at the station right now, which will test out a new capability of boosting the ISS in April.

Northrop Grumman is just the latest casualty in Russia’s ongoing campaign to destroy all of its international space partnerships. Rogozin has been making plenty of threats, delays, and cancelations in response to international sanctions placed on Russia, a direct result of the country’s decision to invade Ukraine. So far, Russia has suspended joint launches with Europe, held a commercial company’s satellite launch hostage in Kazakhstan, and made threats to dissolve its partnership with NASA on the International Space Station.

“We will closely monitor the actions of our American partners and if they continue to be hostile, we will return to the question of the existence of the International Space Station,” Rogozin said recently in an interview with Russian channel RT. “I would not like such a scenario because I expect that the Americans will cool down.” NASA officials have maintained multiple times over the last week that NASA and Roscosmos are still working together to keep the ISS operational.

In the meantime, NASA has other options to get to the ISS, in the form of the agency’s other big commercial partner, SpaceX. The Elon Musk-led company holds various contracts with NASA to send both people and cargo to the ISS on SpaceX’s Falcon 9 rocket. All of SpaceX’s hardware is made in the United States, making the company relatively immune to any of Russia’s ongoing threats.