‘Severance,’ protect Burt and Irving at all costs In Episode 6 of Severance, Apple TV+’s new workplace thriller, we find star-crossed colleagues Burt (Christopher Walken) and Irving (John Turturro) standing in a mysterious plant-filled room on the severed floor of Lumon Industries. Irving just apologized to Burt because he wasn’t ready for their first kiss. And Burt replied, “It’s fine. Just stay. Stay here with me.” They rest their foreheads against each other and silently bask in togetherness.

The intimacy, thick will-they-won’t-they tension, and quiet contemplation resulted in one of the most romantic television moments I’ve ever witnessed. I’ll forever ship iconic workplace couples like Superstore‘s Jonah and Amy, Parks and Rec‘s Ben and Leslie, The Office‘s Jim and Pam, and Schitt’s Creek‘s David and Patrick. But it’s high time we induct Severance’s Burt and Irving into the TV Workplace Romance Hall of Fame.

‘Severance’ review: An anti-capitalist fable with a ‘Black Mirror’ twist

For those who have yet to obsess over Severance, the show follows a “macrodata refiner” named Mark (Adam Scott) and his colleagues, Helly (Britt Lower), Dylan (Zach Cherry), and Irving. Their memories have been surgically divided between work life and personal life, so when they’re home they have no memory of work, and vice versa. Their quest to uncover what exactly they do at work takes viewers on a wild, deeply stressful ride. But once Irving meets Burt, a designer on the company’s Optics and Design team, we get some much-needed respite from the chaos.

Burt and Irving are a match made in, well, unfortunately, hell. But they’re severed soulmates with a shared passion for art and a chemistry so powerful that they give goosebumps simply by sharing the screen. Burt and Irving are a top-tier TV couple, and it’s time we talk about what makes them so great.

The beautiful history of Burving

The meet cute that started it all.
Credit: APPLE TV+

Though nobody knows it in the moment, everything at Lumon changes when Burt and Irving meet in Episode 2, “Half Loop.” After Irving is caught dozing on the job, he’s sent for a wellness check with Ms. Casey. As he’s admiring the painting hanging outside her office, Burt appears and their spark is instantaneous. They bond over their shared love of art, and Burt bluntly declares, “It’s rare to meet a sophisticate.” (Screaming!) When Ms. Casey calls Irving in for his session, his gaze lingers on Burt. It’s clear he doesn’t want their conversation to end, but with a smile and a nod the two part ways.

Turturro and Walken perfectly capture the awkwardness of a first meeting and the joys of successful, simple small talk with a stranger. Their on-screen chemistry only grows as the season progresses.

In the following episode, kismet unites Burt and Irv again. The MDR and O&D teams run into each other in the hallway, and the two men openly flirt as though their colleagues aren’t even present. (For a brief moment, I, too, forgot everyone else on this show existed.) After the teams go their separate ways, Irving stares down the hall — smiling and dreamy-eyed — at Burt. You can practically feel their potential popping off the screen.

Why ‘Severance’s opening credits are the best on TV

Like any quality crush, Burt and Irv think about each other when they’re apart. In Episode 4, “The You You Are,” Burt takes a big risk by visiting MDR to give the team pre-released handbook totes. It’s a thoughtful gesture, but more importantly, it’s a perfect excuse to see Irving again. (We’ve got an expert-level flirter over here, folks.) Before Burt leaves, he gives the group directions to O&D and extends an invite for an informal tour. With a twinkle in his eye, Irv takes Burt up on the offer immediately.

As Burt shows Irving the ins and outs of O&D, they continue gushing over paintings. In a moment of passion, Burt places his hand on Irving’s, and for a few pure, joyous seconds their hands remain together. Eventually, Irving nervously pulls away and rushes out, but don’t worry. They meet again later and clear the air.

“It was a thrill to have someone from MDR come see us — to take an interest like you did,” Burt says. “So if I embarrassed myself…”

“You didn’t,” Irv assures him. Swoon!

Though Burt and Irving are freaking adorable, they aren’t just another charming workplace couple. Their relationship also brings crucial representation to TV screens. Seeing two men over age 60 flirt, explore their sexuality, and form deep, romantic connections with one another is a rarity. And Walken and Turturro approach the roles with the utmost care.

A romance against all odds

What’s so remarkable about Burt and Irving is their ability to conquer the sizable, relentless obstacles that stand in the way of their love.

They’re rebelling against a company handbook that plainly “forbids taking a heart to other employees.” And in case that wasn’t enough to dissuade the relationship, Irving’s colleague Dylan thinks Burt is “a fuck!” He draws his stapler as a weapon whenever Burt enters the room and believes rumors that O&D disemboweled people in a coup years ago. With each passing episode, it becomes clear that Lumon leadership planted the coup rumors to instill fear in the departments. But Burt and Irving are attracted to each other, coup or no coup.

Burving does encounter a mild setback when Irving learns that O&D, which Burt assured him was comprised of just two people, actually has seven members. When Irving asks why Burt lied, he says, “Because we don’t trust you guys. I do, but people just talk about MDR — stupid old stories, jokes even.” He explains rumors that MDR members have kangaroo-like pouches and larval offspring that will jump out and attack if O&D members get too close. But before Irving even has time to be offended, Burt says, “I’d be remiss not to say that in this theory the larvae eventually eats and replaces you, which, Irving, would solve the mystery of your youthful energy.”

When MDR’s hallway privileges are revoked, Burt and Irving still find their way to each other. Together, they even discover that company founder Kier Eagan and his love Imogen met as colleagues. If they can do it, Burt and Irv surely have a shot.

How Burt and Irving set the plan in motion 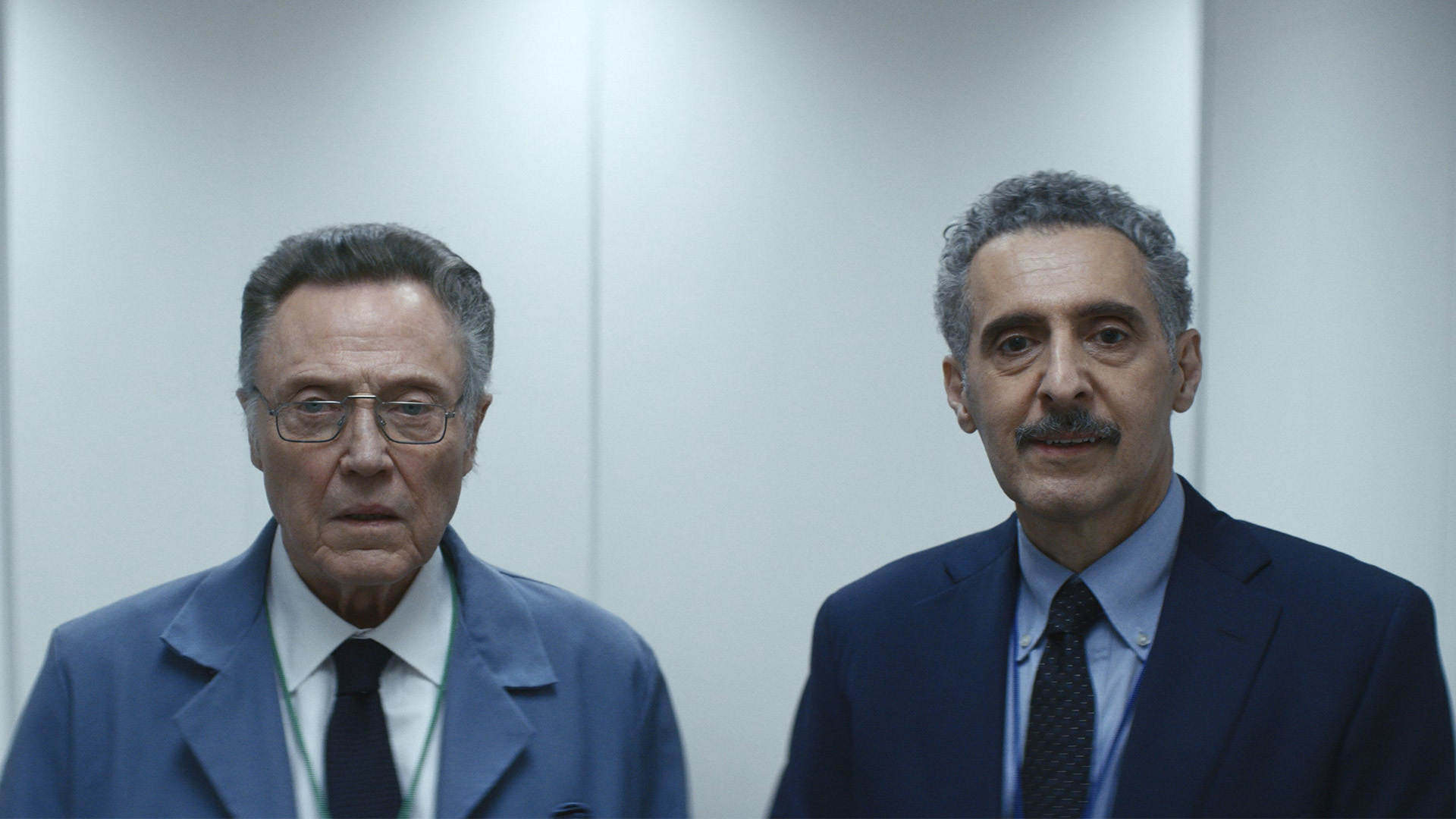 We’ve established that Burt and Irving are compatible and cute as hell together, but it’s time to acknowledge the fact that their relationship changed everything for severed workers. Really take a moment to think about all the major actions Burving set in motion:

An MDR and O&D friendship is crucial to understanding the work being done at Lumon, and everyone has Burving to thank for that.

What does Severance have in store for Burt and Irving?

As Rihanna sang in 2011, Burt and Irving found love in a hopeless place.

It remains unclear if they can safely get together at Lumon, or if they’ll one day pull an Eternal Sunshine of the Spotless Mind and organically fall in love on the outside. But we’re so sweet on Burving that we ship their “Innies” and “Outies” together.

Ben Stiller, if you’re reading this, please — for the love of Kier Eagan — protect Burt and Irving at all costs.