Mercury is a mystery.

Just two spacecraft have ever flown by the closest planet to the sun. Now the BepiColombo mission, a joint European-Japanese science undertaking, is on track to orbit and closely observe the cratered planet in 2025.

The endeavor, involving two research spacecraft hitching a ride on a larger vessel (the Mercury Transfer Module), just completed its first flyby of Mercury on Oct. 1, and it sent back black-and-white images of the planet from some 620 miles (1,000 km) to 1,500 miles (2418 km) above the planet’s surface.

“It was an incredible feeling seeing these almost-live pictures of Mercury,” Valentina Galluzzi, a scientist working on the BepiColombo mission, said in a statement.

The images show the instruments on the Mercury Transfer Module (which transports the mission’s two orbiters to Mercury) in the foreground, and the detailed topography of Mercury’s surface in the background.

An image taken from some 1,500 miles away from Mercury.
Credit: esa / jaxa 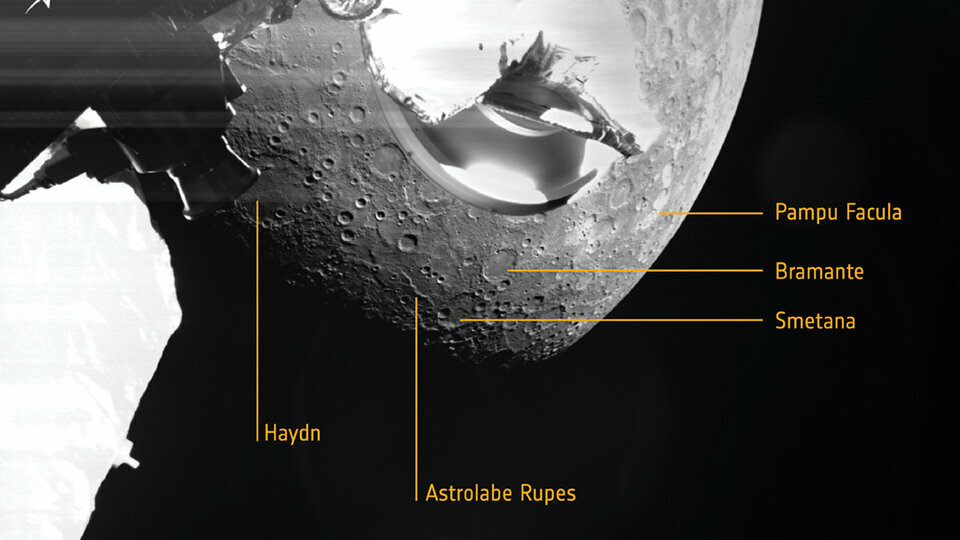 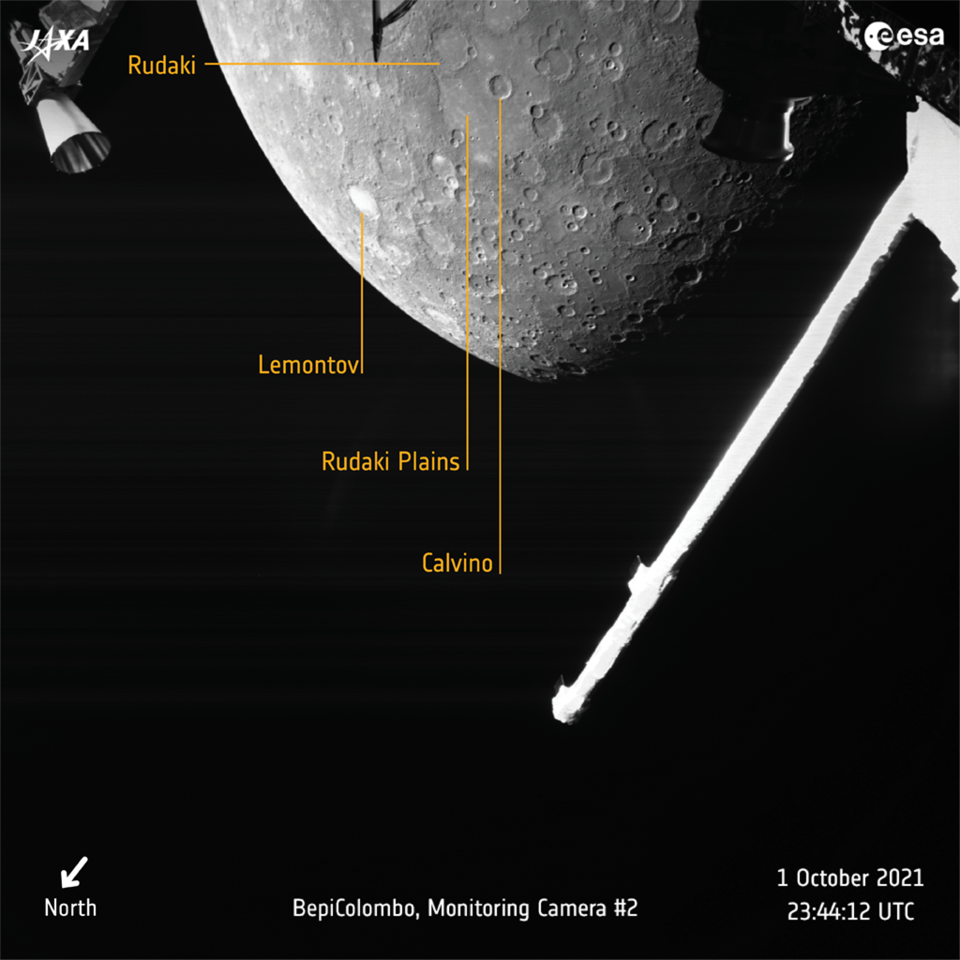 Mercury’s geology as viewed from above.
Credit: esa / Jaxa

Once BepiColombo starts orbiting Mercury in 2025 (after numerous flybys to fall into the planet’s orbit), the probes will start researching the planet’s elusive history.

“For example, [the mission] will map the surface of Mercury and analyse its composition to learn more about its formation,” writes the European Space Agency. “One theory is that it may have begun as a larger body that was then stripped of most of its rock by a giant impact. This left it with a relatively large iron core, where its magnetic field is generated, and only a thin rocky outer shell.”

This outer shell is covered in ancient lava flows that have been pummeled by comets and asteroids for some 4 billion years. The next flyby, with images, happens on June 23, 2022.