Spider-Man: No Way Home’s two credits scenes feature a villain, a hero, and a broken multiverse 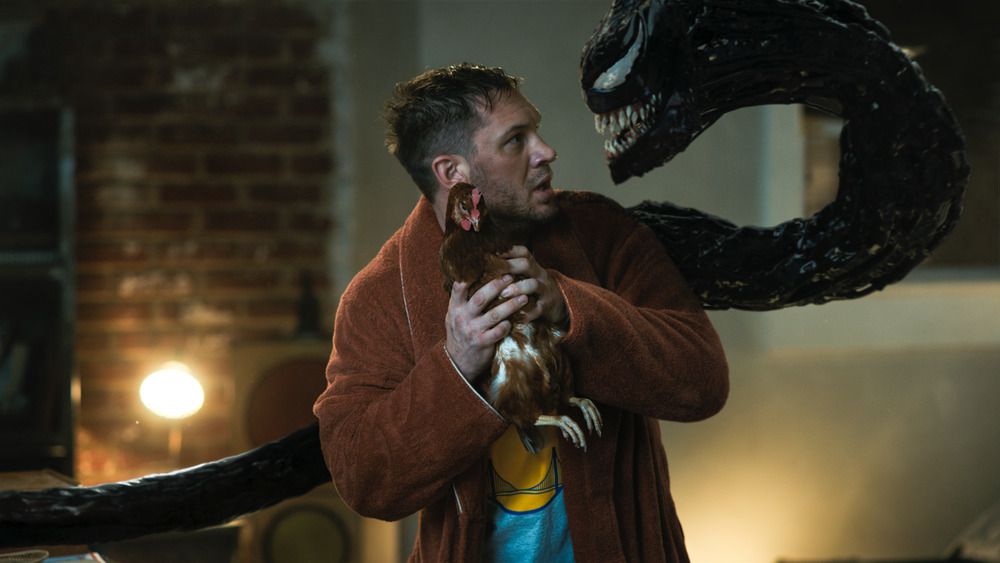 After all that happens in Spider-Man: No Way Home — cameos, reunions, parallel universes colliding, Doctor Strange taking huge L’s, and a blockbuster ending — you’d think the powers that be would allow us a breath to process everything we just watched. But Spider-Man is part of the MCU, and the MCU barrels on.

No Way Home has two credits scenes attached to it that both hint at what’s to come for Spidey and the rest of the MCU. One teases an iconic Spider-Man villain’s appearance, and the other hypes up Marvel’s next big blockbuster. Here’s a breakdown of each and what they spell out for the MCU:

The first credits scene attached to Spider-Man: No Way Home has virtually nothing to do with Spider-Man. Instead, it centers on Eddie Brock (Tom Hardy) and his parasitic alien symbiote Venom.

Last we left them, in the end credits of Venom: Let There Be Carnage, Eddie and Venom were — without much explanation — transported to a different reality (specifically, the Marvel Cinematic Universe) where they could see Tom Holland’s Peter Parker on a television set. No Way Home seems to imply that they’re here because of Strange’s screwed-up spell. The new scene picks up right after that with Brock/Venom talking to a bartender who’s explaining what Thanos did (snapping his fingers and eliminating half the universe’s population). This blows Brock’s mind, and neither he nor Venom can comprehend what’s happening. They decide they need to find Peter Parker to get more of an explanation.

Just as they’re about to leave the bar, they start glowing. At the end of No Way Home, characters exhibit this same glow effect when they’re transported back to their original timeline, signaling that Eddie and Venom are also being sent home via Doctor Strange’s spell. But while the pair are sent back, a small particle of the symbiote is left at the bar in Peter Parker’s universe. It begins crawling before the scene cuts to black.

The scene has two big implications, the first being that Hardy’s Eddie Brock probably isn’t going to be in the MCU. Because of the way Marvel previously sold the film rights to its characters, Venom is a Sony property while Spider-Man is a collaboration between Marvel and Sony. Getting Hardy into the MCU would require a green light from Marvel, which doesn’t seem to be there (yet). That might be sad for some fans who wanted to see Hardy’s manic iteration of Brock and his raunchy, brain-eating symbiote finally come face to face with Holland’s Peter Parker.

Although, as No Way Home and its many crossovers proved, this isn’t to say that Hardy will never be in the MCU. Plus, Brock and Venom would ostensibly keep their knowledge of the multiverse and Thanos even if Doctor Strange wiped Peter Parker from their memory. It would just take at least one more movie to get him there.

The other big revelation is that while Hardy’s Brock is no longer bouncing around in the MCU, the Venom symbiote still is. It wasn’t zapped away. It’s just looking for a new host. And who knows who it will bond with? Perhaps it might even bond with the MCU’s version of Eddie Brock. Whoever Venom latches onto, it now feels as though it’s not a matter of if Holland’s Spider-Man will finally face his comic book nemesis, but when.

After all the credits roll, the second credits scene opens with a voiceover admonishing Doctor Strange about the chaos in the multiverse — which I think took the theater I saw the movie in by surprise. Seconds later, scenes with copious jump cuts start flickering on the screen, and it began to sink in that this was actually a trailer for the upcoming Doctor Strange and the Multiverse of Madness, the next scheduled MCU movie. (I’m using the word “trailer” generously as the clip feels more like a few images and scenes cobbled together after the first couple weeks of post-production.)

Basically, Strange is tasked with restoring order to the multiverse, which he seemingly altered trying to help Peter in No Way Home. He finds Wanda Maximoff (Elizabeth Olsen), whom we haven’t seen since WandaVision, and tells her he needs her help. Interspersed along the way are small clips, including the first live-action look at the villain known as Shuma-Gorath and a shot of the hero known as America Chavez (Xochitl Gomez) and her signature jacket. It ends by saying Doctor Strange will return. We’ll probably get a better sense of Doctor Strange and the Multiverse of Madness as we get closer to the movie’s release on May 6, 2022.