Home Feature news 'Starstruck' Season 2 will make you fall even harder for the millennial...
Feature news 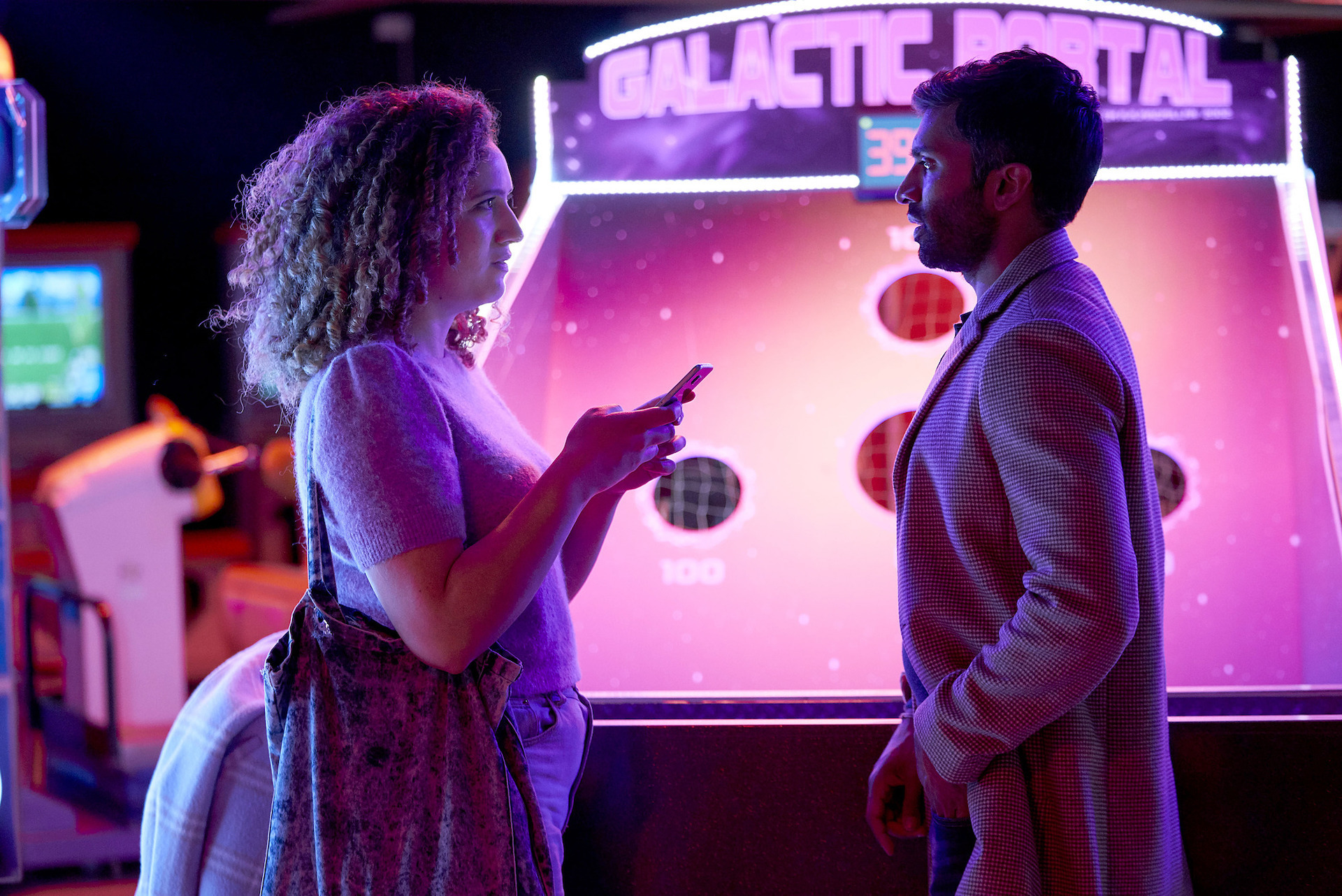 What happens after a grand romantic gesture? After the big finale, now what? Do you sit in silence like the dentist’s aquarium fish in Finding Nemo once they’ve rolled to oceanic freedom (stay with me) or do you fill that awkwardness with so many activities you’ll never have to talk about what’s next?

That’s where things pick up in the second season of Starstruck, the romantic comedy series created by and starring comedian Rose Matafeo that stole our hearts by bringing a new millennial twist to Notting Hill. It was hands down one of the best TV shows of 2021. Co-written by Matafeo, Alice Snedden, and Nic Sampson, and directed by Dead Pixels‘ Jamie Jay Johnson, Season 2 is streaming on BBC iPlayer in the UK, HBO Max in the U.S., ABC in Australia, and TVNZ in New Zealand.

When we last left Jessie (Matafeo) and Tom (Nikesh Patel), they’d been through the horrendously awkward and wonderful clusterfuck that is falling for someone new — especially complicated when one of you is a famous movie star. With the pair of them sitting at the back of the bus en route to Charing Cross, we had so many questions: Would Jessie leave London to go home to family in New Zealand? Would Tom take the big role and head to Ireland?

‘Starstruck’ is a sweet, funny rom-com that leans into the mess of something new

With the will-they-won’t-they set-up anchored, Season 2 moves Jessie and Tom into the next phase of early dating territory, not completely ignoring Tom’s celebrity status this time around but making it slightly less of a focal point. But while the overt Notting Hill comparison may have faded, Matafeo’s respect for the rom-com has not, with the second series both leaning into and skewering old tropes, while hand-delivering a truly superb Love Actually reference in episode 2.

As modern rom-com sage Iris Simpkins (that’s Kate Winslet in The Holiday) says, “I’m looking for corny in my life.” Starstruck delivers on this, reminding us that among the awkwardness and uncertainty of a new relationship, there’s some genuinely lovely cinematic moments that we might miss if we’re constantly calling them out as cheesy.

Matafeo and Patel triumphantly return as Jessie and Tom, wielding their charmingly awkward chemistry and seemingly effortless flirtation in order to tackle new relationship challenges beyond the “what is this?” conversation. Starstruck runs the whole uncharted dating gamut: surviving the pressure of your first holiday season, discrepancies in gifting quality, sending awkward voice notes, engaging in thesaurus-reliant phone sex, meeting family members, snowballing into high-drama moments on New Year’s Eve, and (most predominantly in this season) navigating exes.

Matafeo yet again reigns supreme as Jessie, using finger-gunned humor to maintain the upper ground and keep those emotional walls steadfast, while superbly calling things out as they are. Furiously smashing the proverbial Undo button on her major life decision to leave London, Jessie faces the fact that, yeah, she might have just missed a very expensive flight for love, and what the hell does that MEAN?

Patel, meanwhile, calmly steals every last heart in the room as Tom, who despite his high-flying screen career is awkwardly trying to figure it all out like the rest of us — especially his relationship with Jessie and his own family. Patel’s deadpan comedic delivery and sweet patience make every scene both romantic and relatable, especially when the core pair disagree over something.

One of the strengths of Starstruck is Matafeo, Snedden, and Sampson’s ability to write a combustible argument, in which two people are insistent they’re right, unable to see the situation from another perspective. In Season 2, Jessie and Tom wrangle with this through some unpleasant ghosts, or rather, Jessie’s lurking jerk of an ex, Ben. It’s through Ben that Starstruck explores the potential we all have for self-sabotage, being drawn to toxic people from the past, and the tendency to return to the known for fear of committing to something scarily real and new. 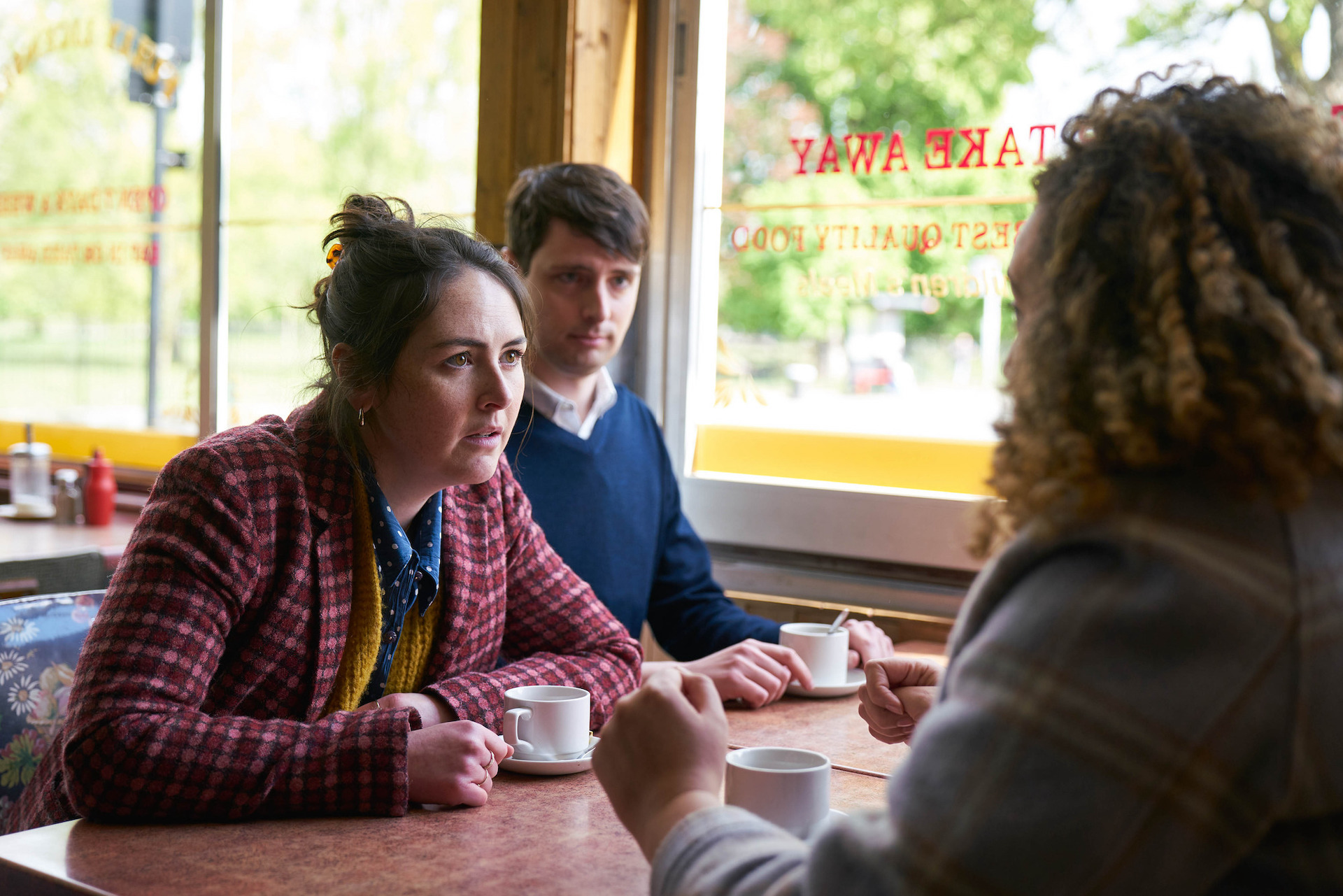 Kate and Jessie’s relationship is one of brutal honesty (and we love it).
Credit: BBC / Avalon UK

Enduring this to and fro between Jessie and Tom with as much commitment and silent screaming as the audience, Stath Lets Flats star Emma Sidi returns as Jessie’s blunt, overly honest roommate, Kate, her anxious boyfriend Ian (Al Roberts), along with friends Sarah (the hilarious Lola-Rose Maxwell) and Steve (the delightful Nic Sampson). Plus, Minnie Driver returns as Tom’s caricature of an agent, Cath.

In Starstruck, Matafeo and her team have created a truly relatable modern rom-com, a fun, sharp analysis of relationships and dating which allows its characters to mess up, acknowledge their flaws, and learn how to apologise. In Season 2, the fear of going all in on something real makes fame look like a walk in the park.

Starstruck Season 2 is streaming on BBC iPlayer in the UK, HBO Max in the U.S. and ABC iView in Australia.