Like every year, 2022 had way too many cool video games for anyone to play. Not even journalists who cover games professionally have enough time to get to them all. It can be too easy to get absorbed by big-budget, 50-plus-hour epics like Elden Ring, God of War Ragnarok, and Xenoblade Chronicles 3.

But with the holidays coming up, it’s likely you’ll have some free time to catch up on the games you may have overlooked over the course of the year. One thing’s for sure: After reading this list, you’ll definitely have a backlog that will last you well into January… or February.

Nobody Saves the World

Sometimes you have to turn into a horse to save the world.
Credit: Drinkbox Studios/Steam

From a consumer standpoint, Xbox Game Pass has been a real gift. At any time, you can hop into Microsoft’s gaming subscription service and find something cool that you’ve never heard of to play. You need to put Nobody Saves the World, which is on Game Pass, at the top of that list.

You play as Nobody, a nondescript little fella who gets a magic wand that lets him transform into a bunch of different forms, including a rat, a slug, a dragon, and much more. Each form has its own abilities that level up as you mow down hordes of enemies in the game’s top-down dungeons, and leveling up also unlocks new forms.

Eventually, you’ll be mixing and matching abilities from multiple forms at once and unleashing screen-filling devastation on hapless enemies. If you like games about watching numbers go up while meters fill in the background, Nobody Saves the World is about as satisfying as it gets. 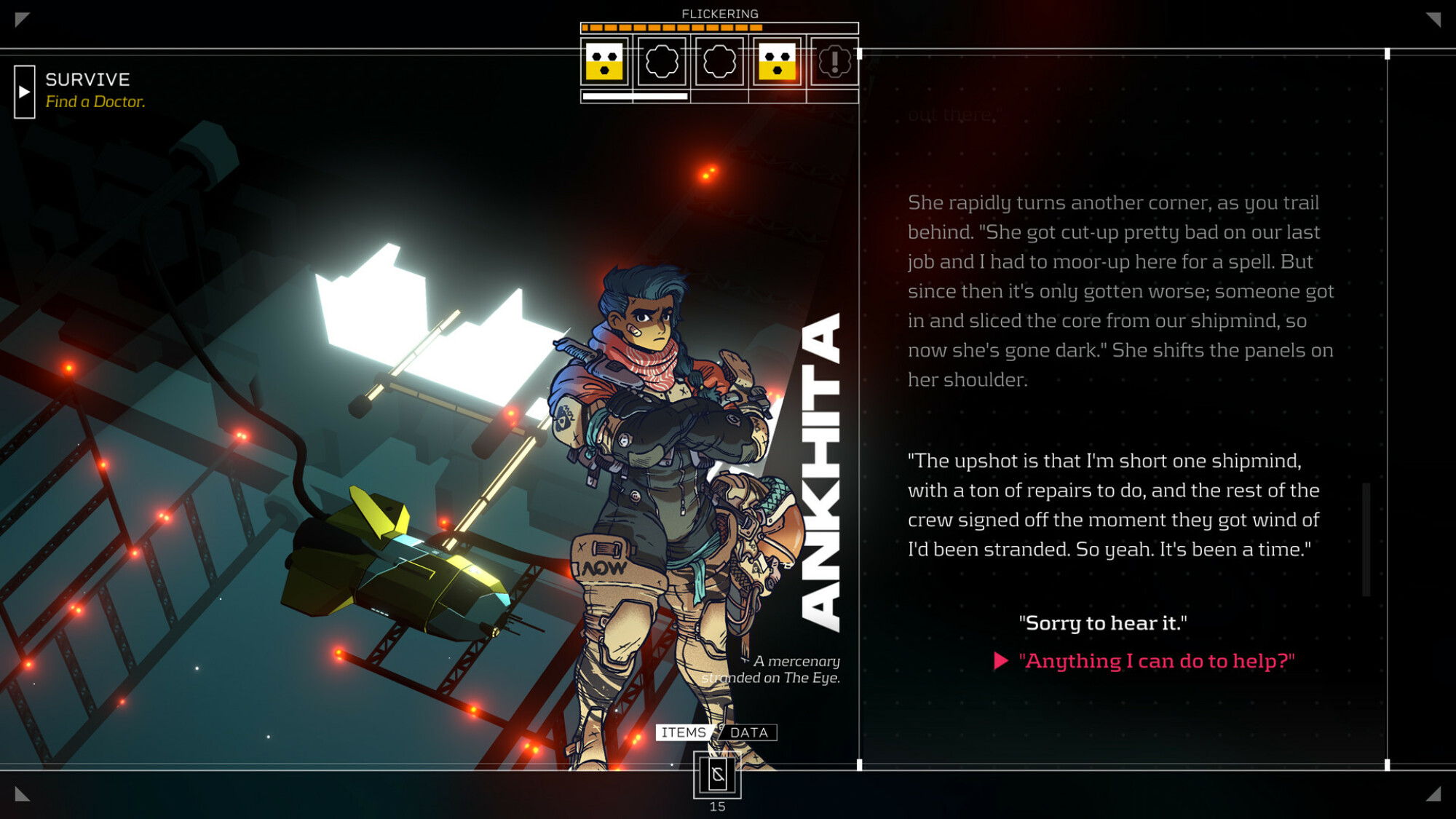 Expect to do a lot of reading in ‘Citizen Sleeper.’
Credit: Fellow Traveller/Steam

Citizen Sleeper is probably best experienced with as little information going in as possible. It’s also on my personal backlog. However, given what damn near everyone I know has been saying about this game all year, it seems like a can’t-miss proposition for fans of compelling, branching narratives in games.

Set on a space station that’s become a sort of lawless nation, Citizen Sleeper follows a worker android who’s escaped from the job they were built for. It’s all about going through a daily routine of trying to survive, making friends, taking on odd jobs, and anything else you can do with a dice roll.

Like a tabletop role-playing game, Citizen Sleeper uses dice rolls to determine the outcome of your actions and the narrative can branch depending on what happens. Oh, and get this: It’s on Game Pass, too. 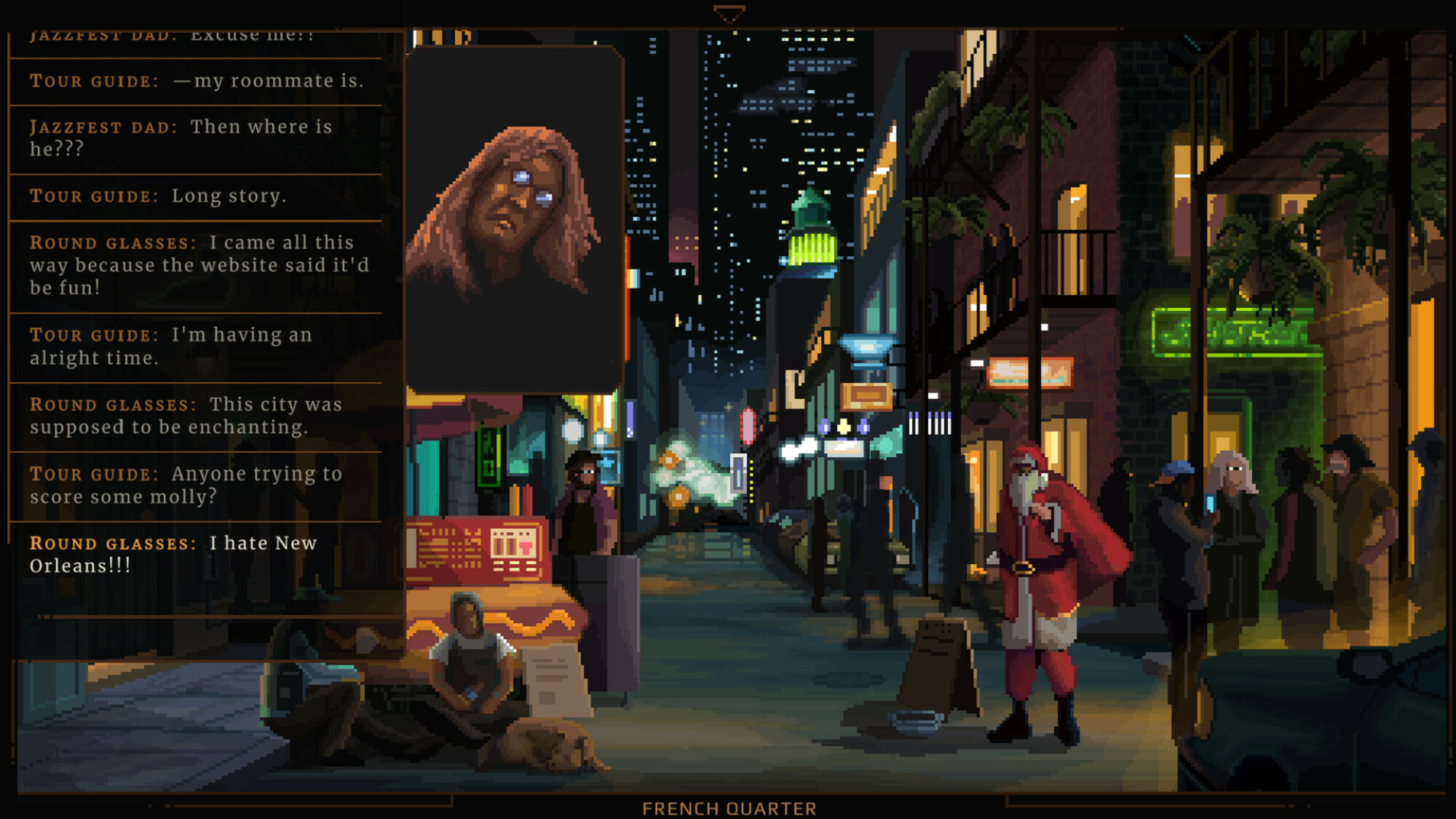 Continuing down the road of narrative-heavy adventure games that have something to say about the real world, Norco has been heralded as one of the best games of the year by people who actually got around to playing it. It was PC-only for much of the year, but as of mid-November, you can play it on consoles, too.

Norco is a point-and-click adventure game with stunning pixel art that’s used to draw you into Norco, Louisiana, a fictionalized version of a real town with the same name. It’s rare for any game to be set in the deep south and much more rare for any game to directly confront the realities of capitalism, climate issues (the real Norco has experienced multiple oil refinery explosions), and everything else that kind of sucks about living in America right now.

It may not be an action-packed blockbuster, but dig into Norco and you might find something real that no big-budget game could deliver. 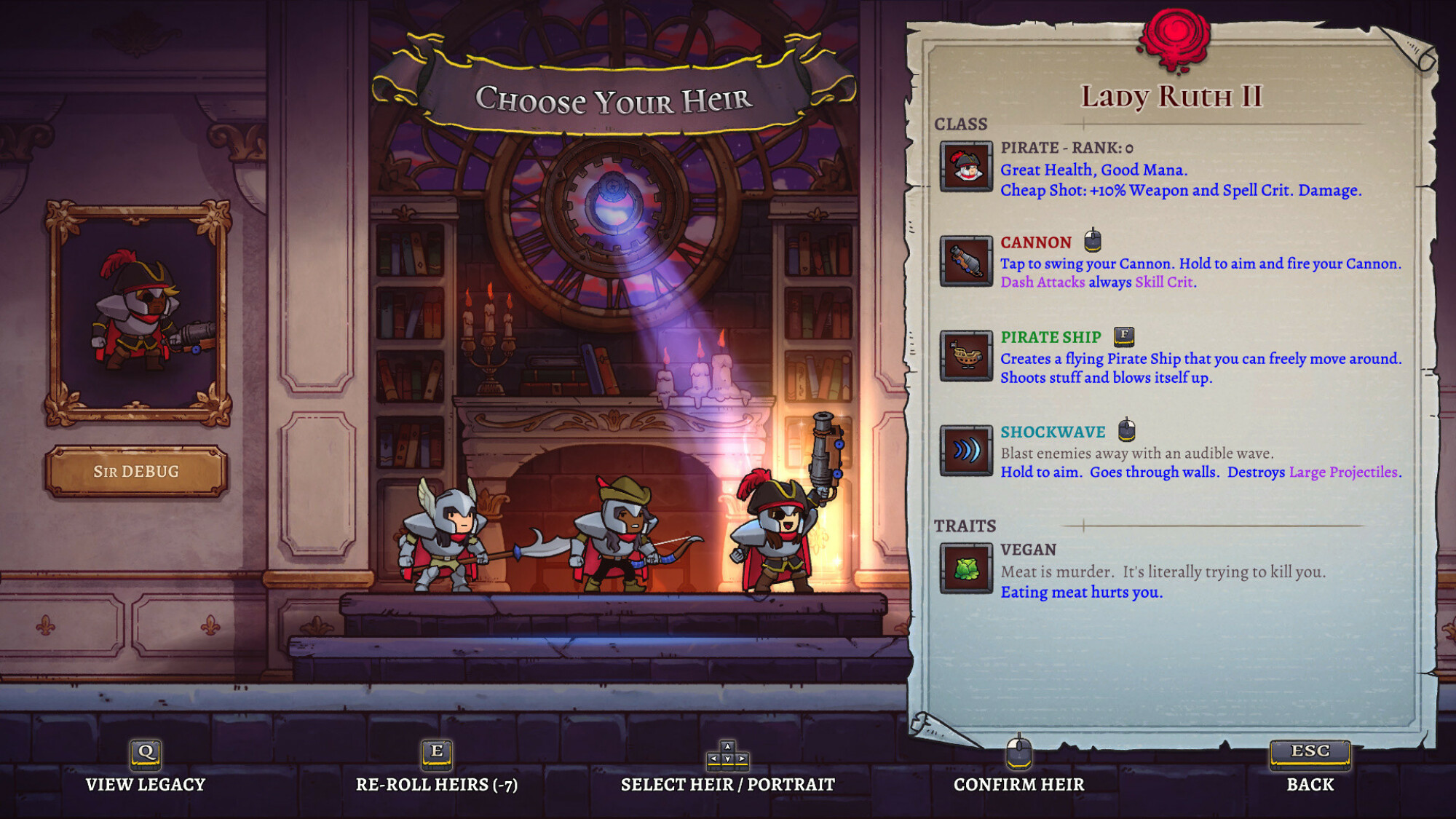 The original Rogue Legacy made big waves in 2014, generating a profit within its first hour on sale. Its gameplay loop of entering a shapeshifting castle, fighting until you die, and spending the money you earned on upgrades that your offspring could use next time around was hard to resist. You never knew exactly what would happen on any given run, but the steady upgrade incline made each progressive run a little less scary.

The good news about its 2022 sequel is that it’s even better than the original. Rogue Legacy 2 takes the first game’s formula and adds a ton of new classes with their own unique weapons, new spells to use in combat, and movement abilities that make getting around the castle much more fun than before. It’s never been more satisfying to hit enemies with a scalding frying pan.

At its core, Rogue Legacy 2 is kind of the same game as the first, but everything is leveled up. That’s perfectly fine. Remember the golden age of 3D platformers? Back in the late 1990s, it seemed like every other video game starred a plucky mascot who was real good at jumping on things. Super Mario 64, Banjo-Kazooie, Crash Bandicoot, and Spyro the Dragon were the kings of gaming. Sadly, Mario is the only one still putting in the work on a consistent basis.

Enter Tinykin. This Game Pass diamond-in-the-rough is a charming little platformer where you play as a shrunken little guy running around a regular home. I love the “little character in a gigantic version of a mundane room” trope. Your character quickly learns how to catch and command the titular tinykin, color-coded creatures who can perform different tasks on your behalf.

It’s essentially a mix between Super Mario 64 and Pikmin, to put it simply. You can finish it in a weekend and I highly recommend doing so.

The Case of the Golden Idol 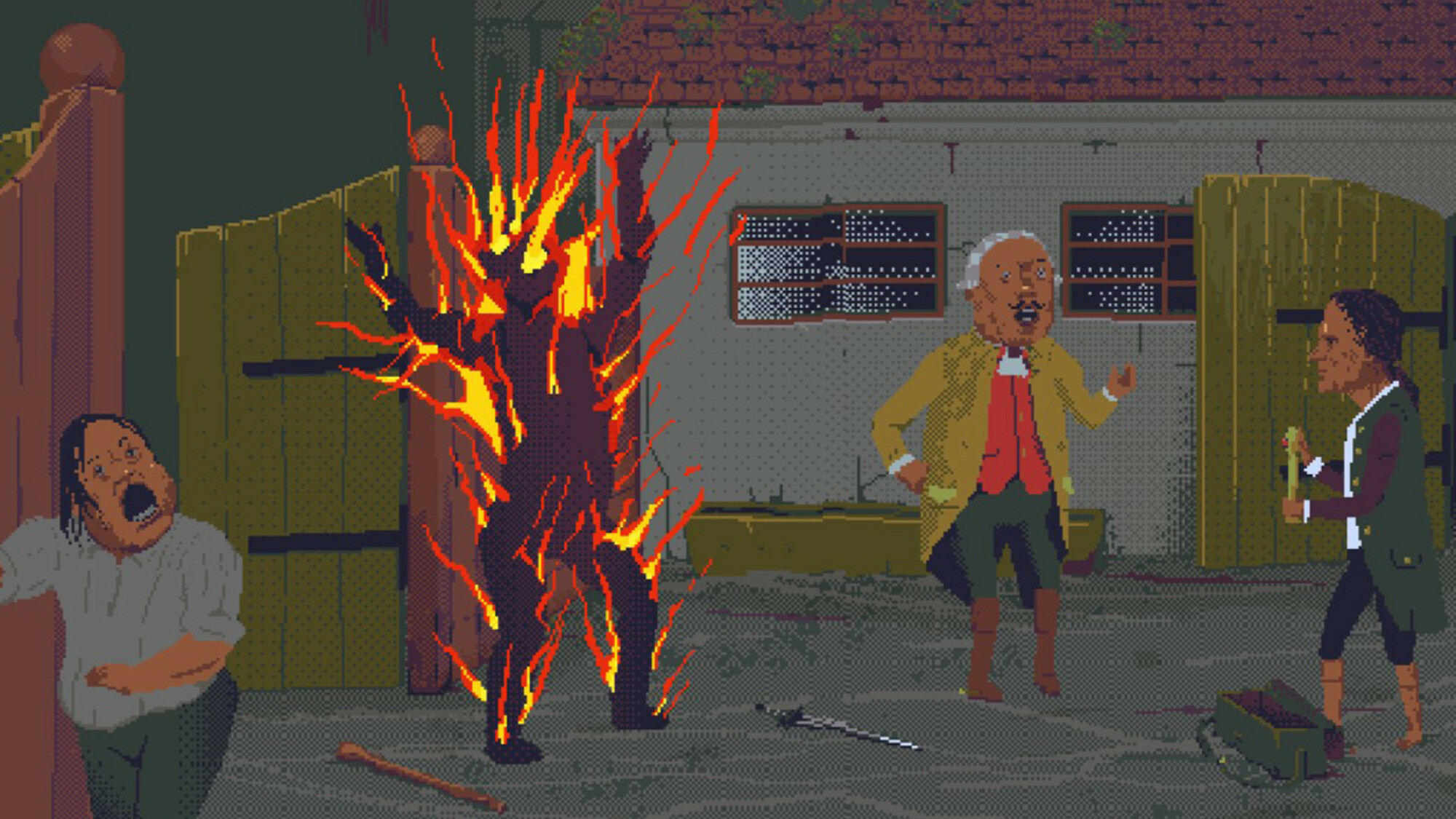 That guy’s having a bad day.
Credit: Playstack/Steam

Do you like solving mysteries? Of course you do. Right now, you’re here to solve the mystery of “which games to play while I’m on vacation.” Consider giving The Case of the Golden Idol a shot, in that case.

This PC-only adventure game has wickedly cool pixel-based visuals to go along with a murder mystery involving 12 cases that may or may not be related. It’s all about interviewing suspects, picking out the right words from their testimony and related evidence, and slotting those words Mad Libs-style into a chain of events until you figure out what the heck happened.

The Case of the Golden Idol is definitely a game where you may want to keep your own notes. It may also just be the answer to your holiday gaming mystery.

I don’t have much to say about Redout 2 except for “Yo, look at how fast this game is!”

A futuristic racer in the same vein as F-Zero or Wipeout, Redout 2 is about speeding very quickly down, up, over, and around wild sci-fi racetracks. There’s a good degree of technique involved here, as boosting too much can overheat your vehicle and end a race prematurely. If you’re like me, you’ll constantly ride the line between “going faster than everyone else” and “exploding horribly.”

It’s a great time, even if I’m terrible at it. 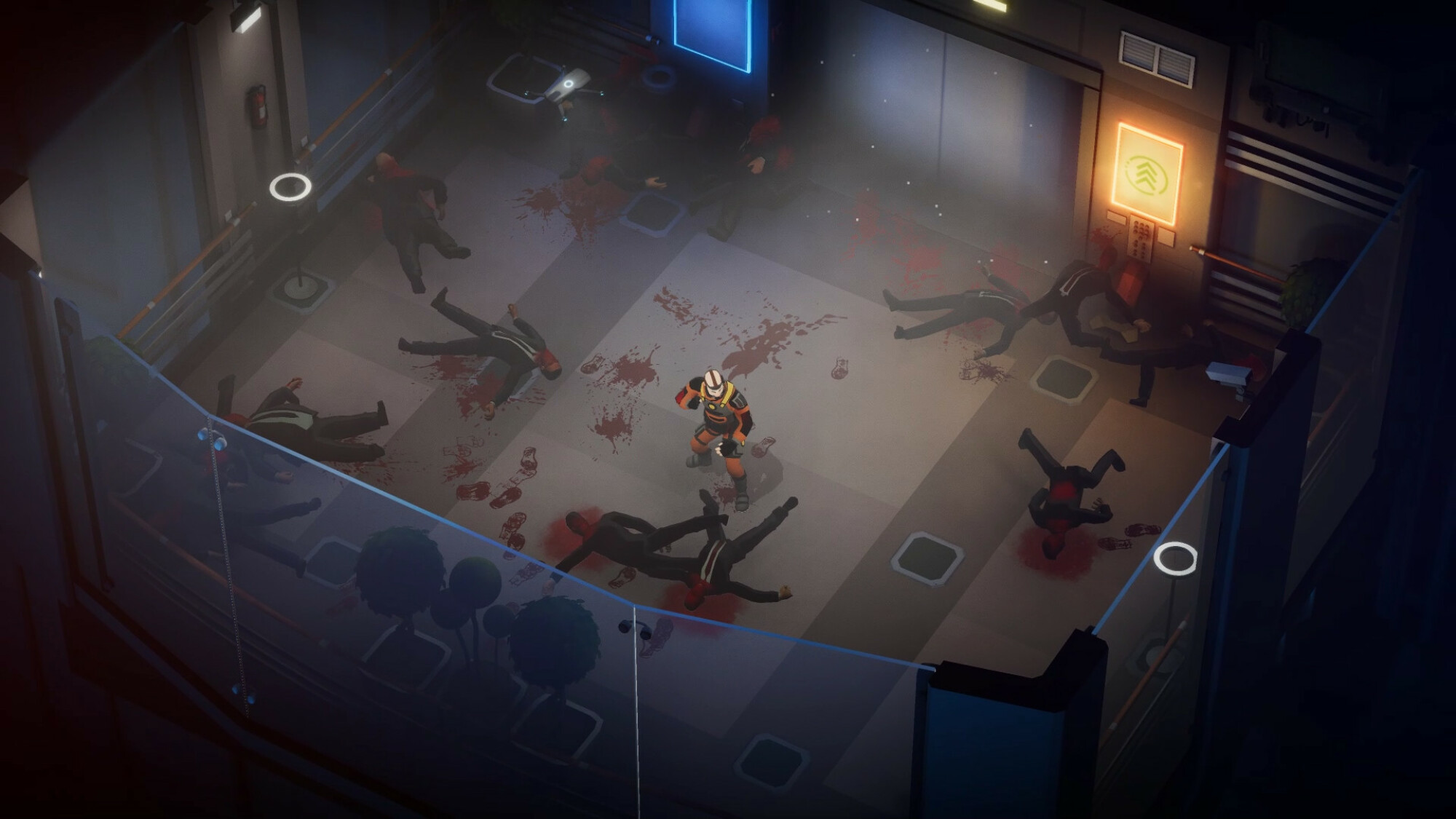 Midnight Fight Express is about beating the holy hell out of enemies. It’s devastatingly simple at first, but quickly gives way to something much more dynamic and varied.

Don’t get me wrong, it’s never not about beating dudes up, but the ways in which you can do that keep expanding as you play. At first, you just button mash through combos. Within a couple of missions, however, you’ll be pulling off counters, finishers, using folding chairs as throwing weapons, sticking dudes with knives, and even engaging in some gunfire. It’s easy to pick up, but leaves plenty of room for high-level mastery.

Oh, and the bass-y, electronic soundtrack is sick. 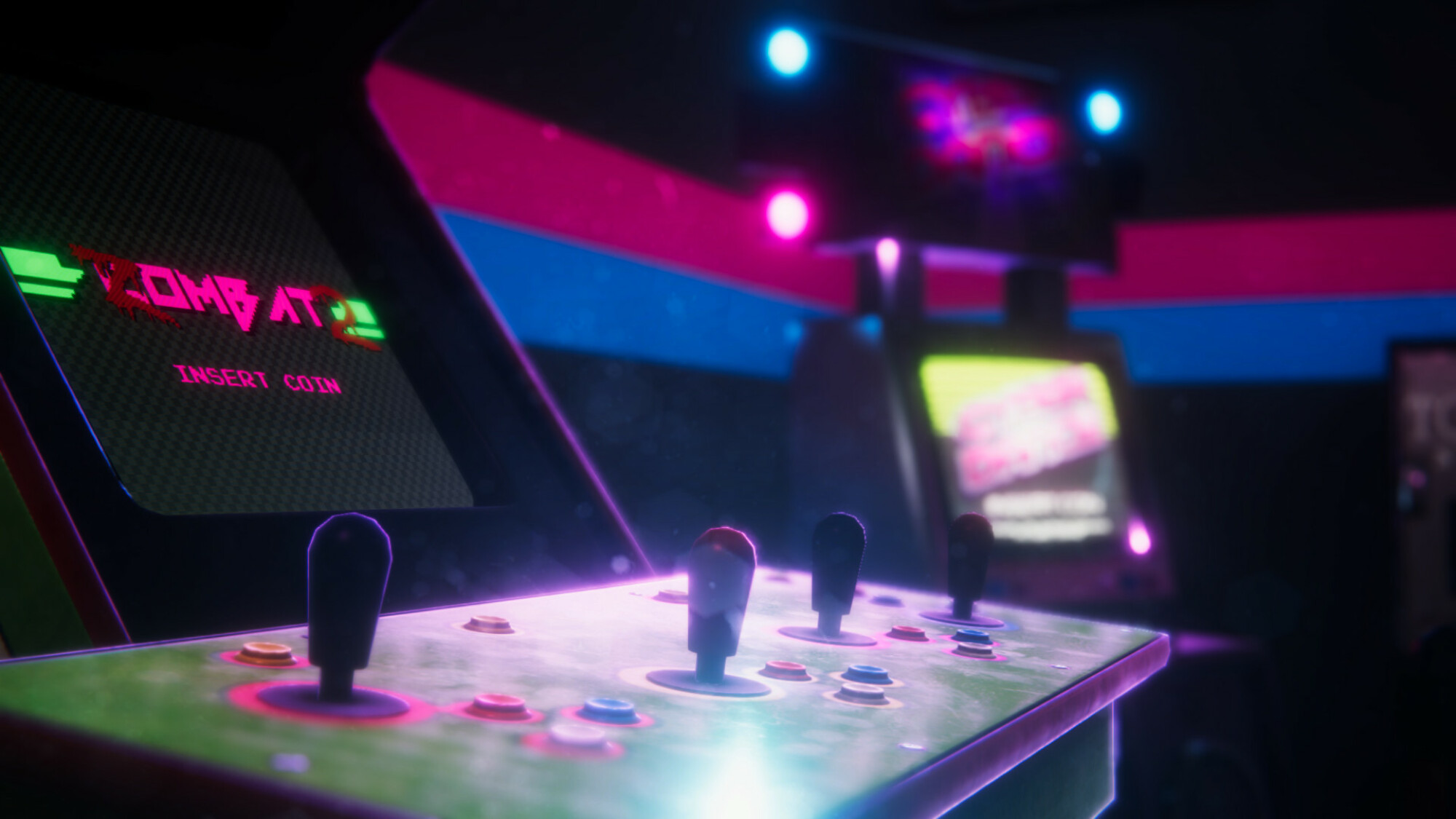 Ever wanted to run a laundromat? I know, I know, it almost sounds too exciting to handle, but in Arcade Paradise, it’s the key to success.

Arcade Paradise is a game where you can play 35 different original games inspired by arcade games of the 1980s and ‘90s, but it’s also more than that. It’s about managing a laundromat until it becomes a successful enough arcade to grow into something more. With a unique blend of management sim mechanics and good old-fashioned arcade fun (some of the games even have multiplayer), there’s nothing else quite like Arcade Paradise.

I Was a Teenage Exocolonist 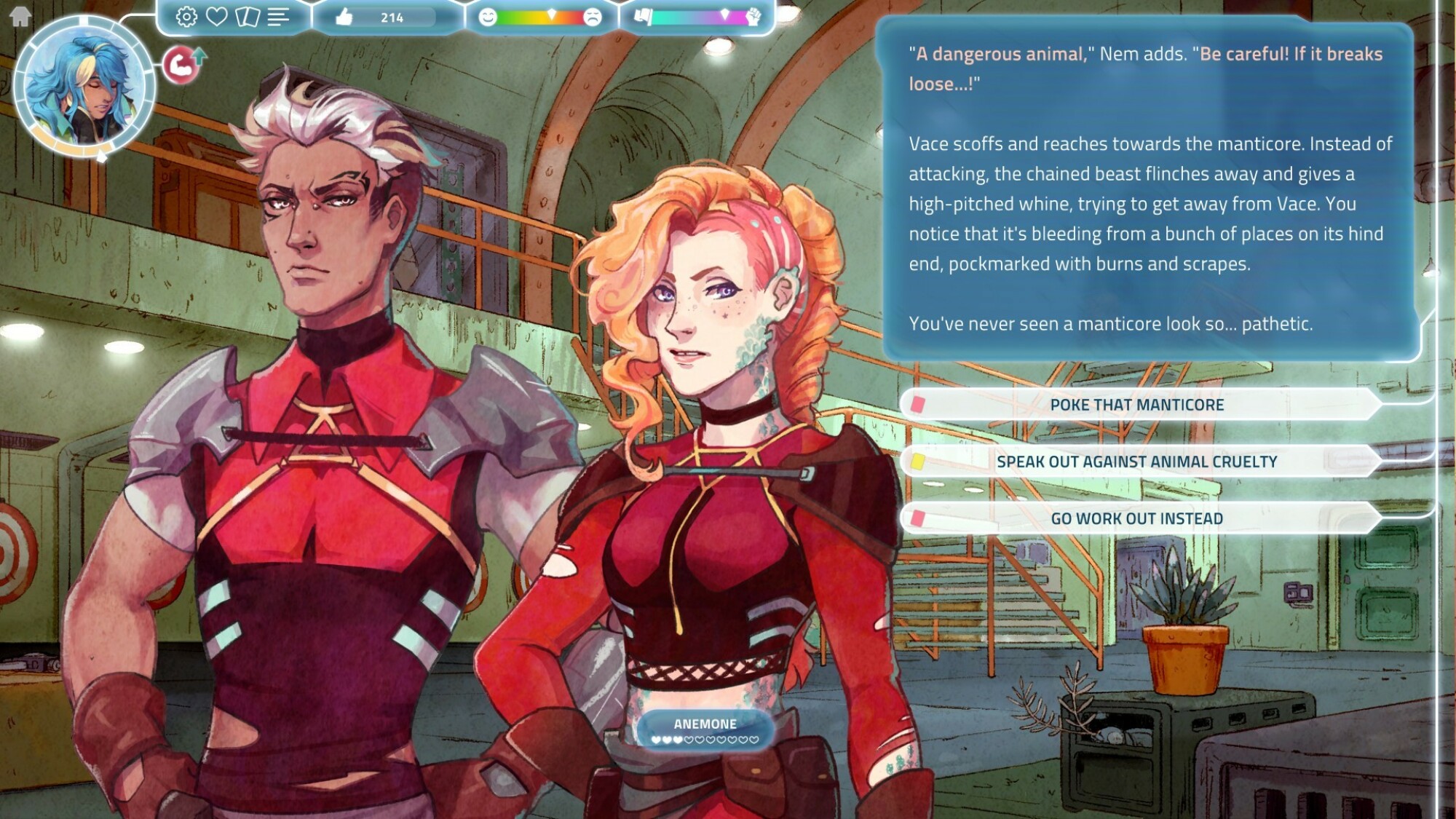 ‘I Was a Teenage Exocolonist’ has great character art.
Credit: Finji/Steam

I Was a Teenage Exocolonist is a cozy little spacefaring adventure about coming-of-age as one of just a few human colonizers on a faraway planet.

Playing as the titular teenage exocolonist through 10 in-game years (from ages 10 to 20), you’ll encounter alien plants and animals, build relationships with your fellow humans, and try to determine your place in the world. It’s a game about choices, friendship, romance, and the struggle to survive.

There’s also a card game mechanic that you can become fully invested in or turn off entirely. This is your adventure, after all. 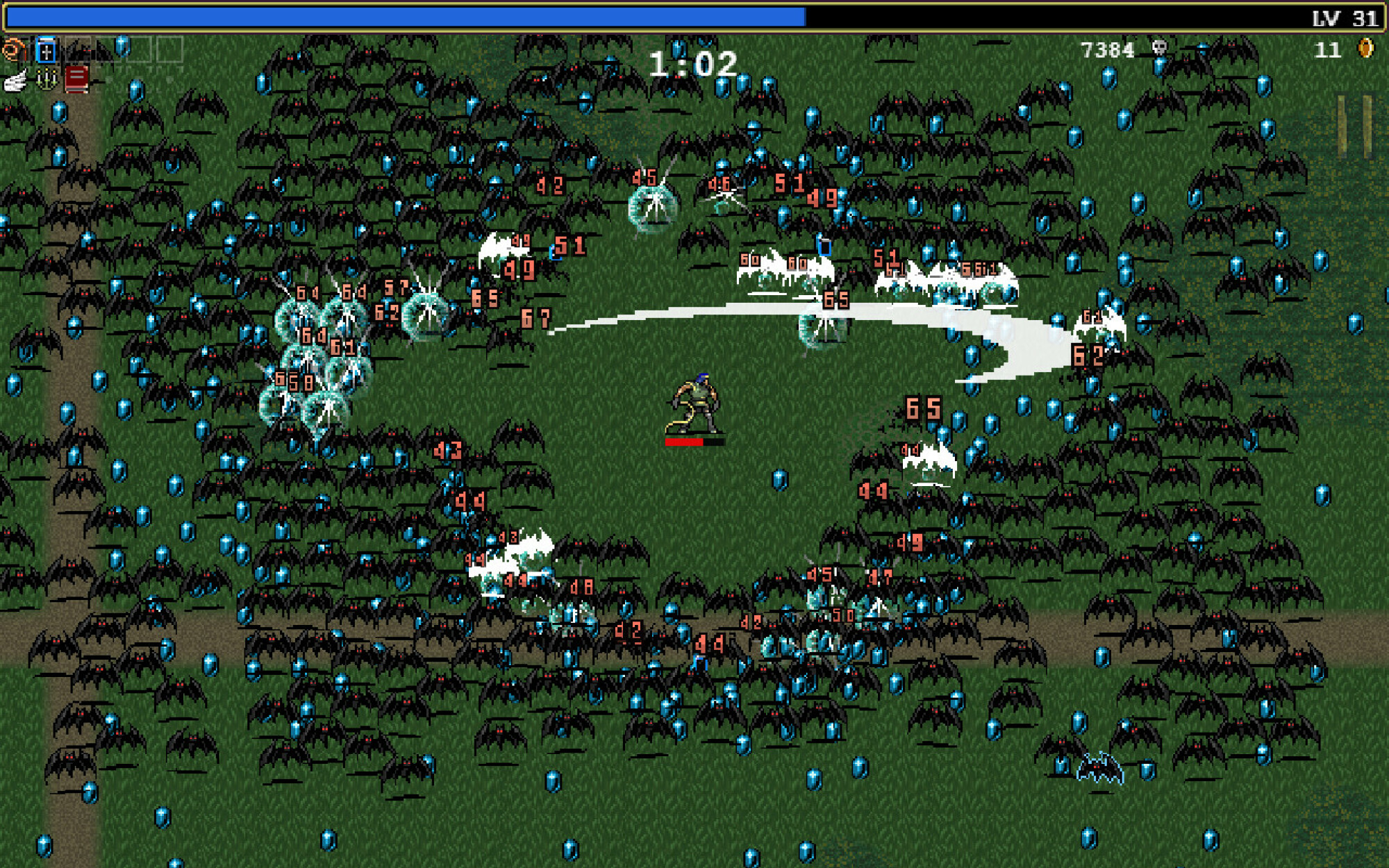 It’s too much all the time and it’s perfect.
Credit: poncle/Steam

Ahhhhhhhhh. That’s the sound of your brain being massaged by the dopamine-releasing thrills of Vampire Survivors.

There isn’t a lot to say about Vampire Survivors because there isn’t a lot to it. You move a little guy around the screen and he attacks automatically at set intervals. Enemies slowly encroach upon you and fall victim to said attacks. Defeated enemies drop experience points and every time you level up, you get a choice of three random enhancements, like upgraded damage, a new projectile that gets added to your base attack, or more armor.

And it just keeps going like that until you’re a walking merchant of death with like 19 different weapons and projectiles flying out of you every half-second. Vampire Survivors is not only the most satisfying game of 2022. It might be the best game of 2022.

Anderson - 03/02/2023 0
eLearning Storyboard Essentials For Success At our company, we create a lot of effective and engaging eLearning, so we know that a great eLearning storyboard...

Michigan Is Reconnecting to the Promise of Community Colleges

3 Questions for Elizabeth Dellavedova, Associate Library Director at a Public...

eLearning Storyboard Essentials For Success At our company, we create a lot of effective and engaging eLearning, so we know that a great eLearning storyboard...
Read more
E-Learning

Workplace Learning Trends: What's On The L&D Horizon This Year? The learning industry is constantly evolving and changing to keep up with modern challenges and...
Read more
Education News

The state of Florida is conducting a master class in how not to have civil debate.So it came as a blessed relief this week...
Read more
Education News

Michigan Is Reconnecting to the Promise of Community Colleges

The skills gap, that chasm between the needs of the labor market and the capabilities of the available workforce, is one of the most...
Read more
Education News

Elizabeth Dellavedova, associate library director at a community college, connected with me after reading my piece “How Do Academic Libraries Spend Their Money?” In...
Read more