Home Feature news The 10 best short-ass movies on HBO Max for when you want...
Feature news 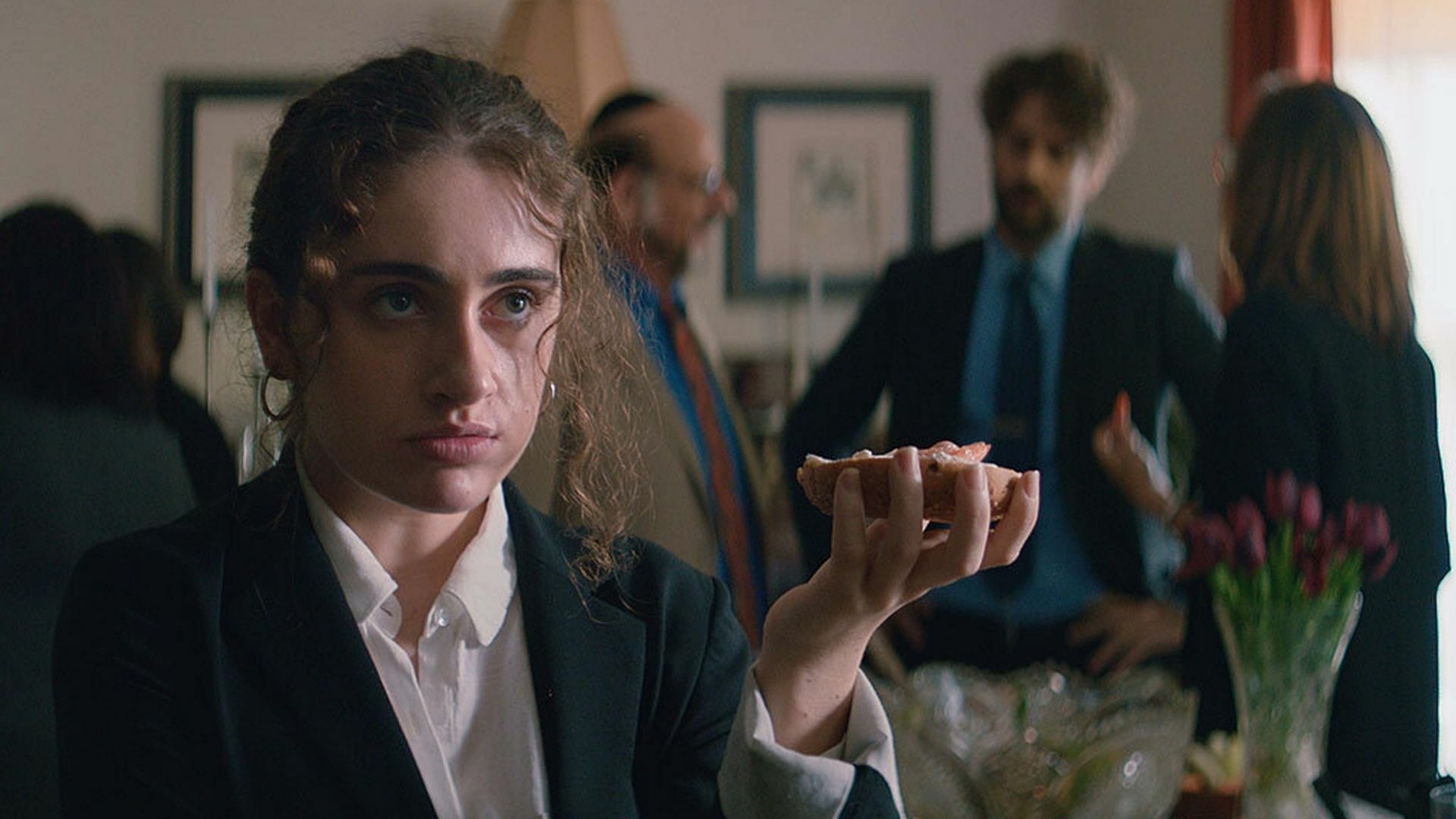 Blame it on technology, blame it on TikTok, or blame it on the multitasking nature of our capitalist society. The fact is, for most of us, our attention spans have only gotten shorter. A two-and-a-half-hour movie? Ha! That’s an indulgence reserved for special occasions or the rare few filmmakers who earn those excessive runtimes (looking at you, Dune).

We the people are tired, we’re impatient, and we want to veg out after work with a damn good movie in 100 minutes or less. Thankfully, a short runtime isn’t a knock on quality, and HBO Max currently has one of the biggest selections of great short-ass movies out there. This list started at 45 entries, which I painfully yet carefully curated down to just 10 films to satisfy a variety of movie tastes.

Here’s a nightmare scenario: You’re a young, bi Jewish woman who just finished hooking up with one of your sex-work clients — he’s rich and cute and, hey, maybe you kinda like him. You show up at the shiva your parents dragged you to, and oh fuck, Sugar Daddy walks in…with a hot wife…holding a newborn baby. And he knows your parents. Oh, and your ex-girlfriend, who’s been a total flake lately, is there too. Emma Seligman’s debut feature is like the Jewish comedic version of Trey Edward Schults’ Krisha, only it finds the humor (and the suffocating anxiety) in the chaos. Even better, it’s only an hour and 17 minutes.

How to watch: Shiva Baby is now streaming on HBO Max. 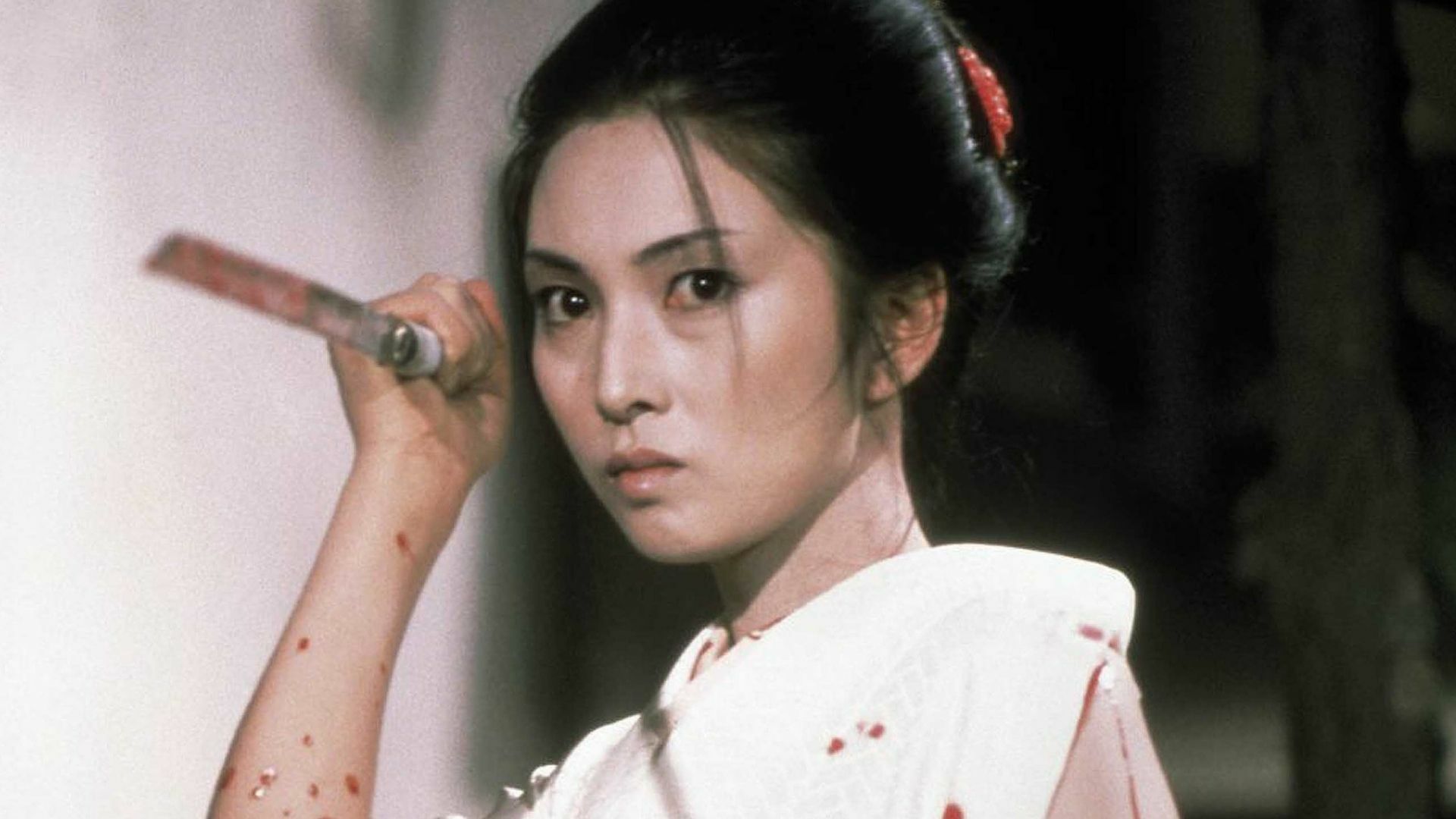 Any Tarantino fan who hasn’t seen Lady Snowblood, please stop what you’re doing and go watch one of the best films of the ‘70s, and the major inspiration behind Kill Bill. Toshiya Fujita’s 1973 film is pretty much the blueprint for female revenge thrillers. After four men sexually assault a woman and kill her husband, she has a daughter for the sole purpose of creating an assassin to one day wreak vengeance upon the men. Yuki, aka Lady Snowblood (Meiko Kaji), and her sword will stop at nothing to do just that. Gushing with both blood and elegant beauty, Lady Snowblood is a delicious, violent treat.

How to watch: Lady Snowblood is now streaming on HBO Max. 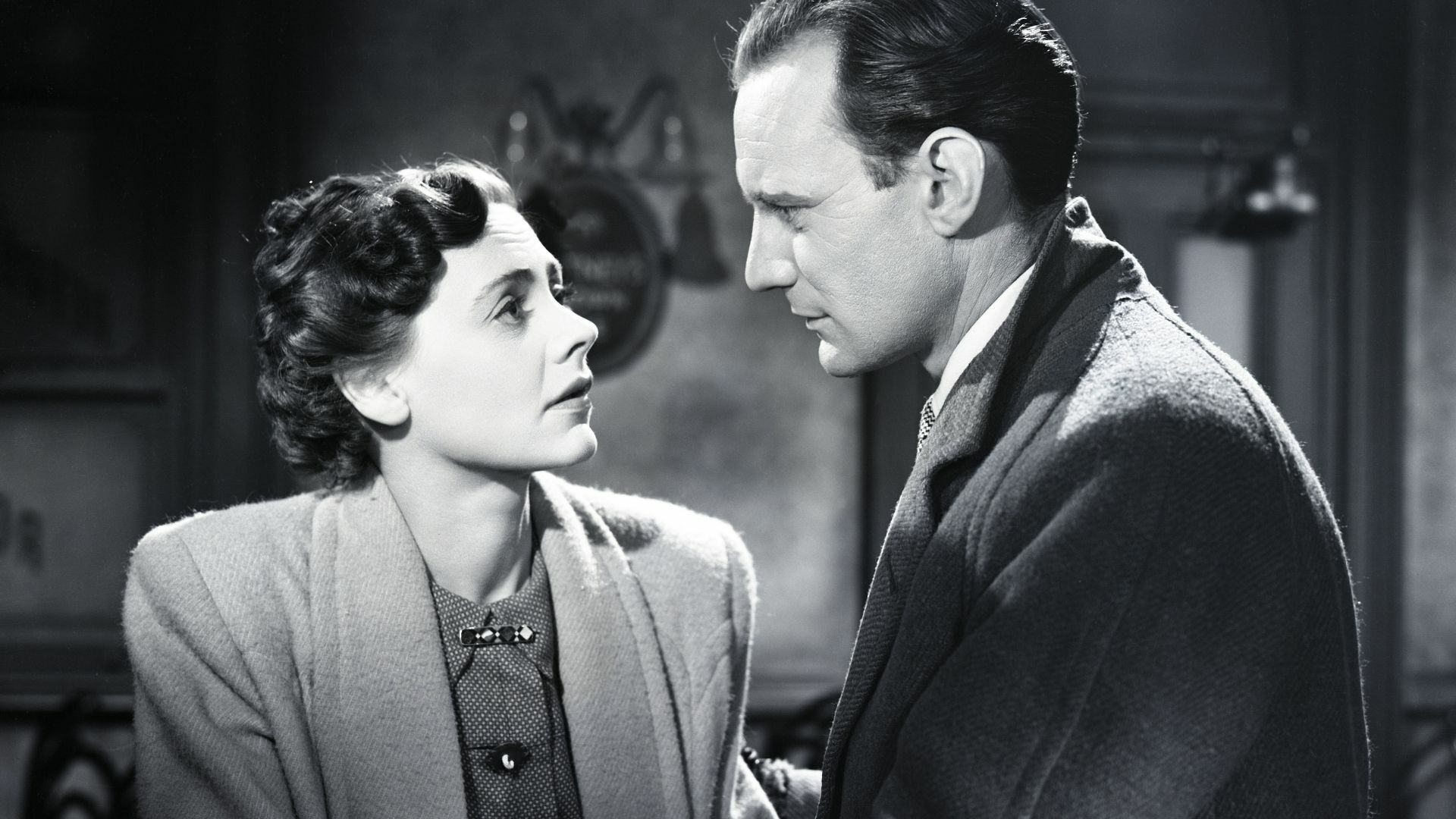 David Lean’s Brief Encounter is the quintessential romance, and, dare I say, one of the best films ever made. A married woman (Celia Johnson) and a married man (Trevor Howard) meet by chance at a train station. They bump into each other again and soon a quietly ferocious love affair begins. But that love can only exist one Wednesday a week at the railway station where their paths collide, miles away from their loving yet dim marriages back home. While an incredibly simple romance formula, each frame of Brief Encounter, potently shot by Robert Krasker, carries the weight of a hundred hearts breaking and falling in love all at once. It’s the cinematic encapsulation of just how glorious and torturous love can feel when you’re not even looking for it.

How to watch: Brief Encounter is now streaming on HBO Max. 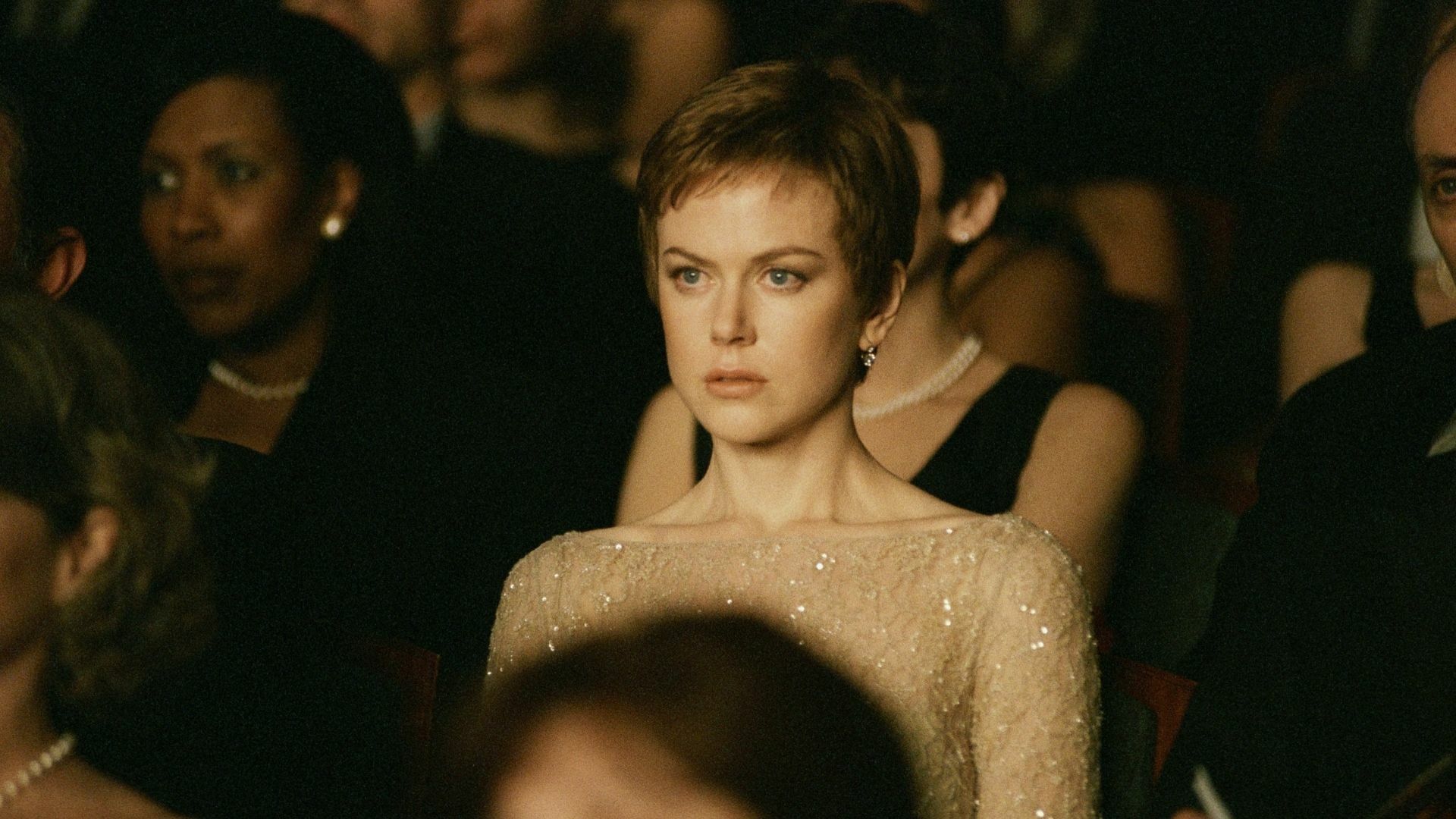 It’s been a decade since your beloved husband, Sean, died and you’re finally ready to move on and marry a nice guy. Then, suddenly, a 10-year-old kid walks into your house and tells you he’s Sean, reincarnated. [Insert baffled Nicole Kidman laughter] Insane, right? How silly! The brilliance of Jonathan Glazer’s Birth is how its cast of stuffy Manhattan elites approach such a childish proposition with matter-of-fact maturity. Kidman’s widow Anna, along with her mother (Lauren Bacall) and fiancé (Danny Huston), at first dismiss it as foolishness, yet remain curious as they allow the boy to hang around. But Anna’s curiosity soon turns to conviction in a performance that is at once delicate and a surge of tremendous emotion, often unfolding without dialogue. It’s a film of staggering capital ‘A’ acting, and one that leaves you questioning, feeling a bit disturbed, and at a loss for words.

How to watch: Birth is now streaming on HBO Max. 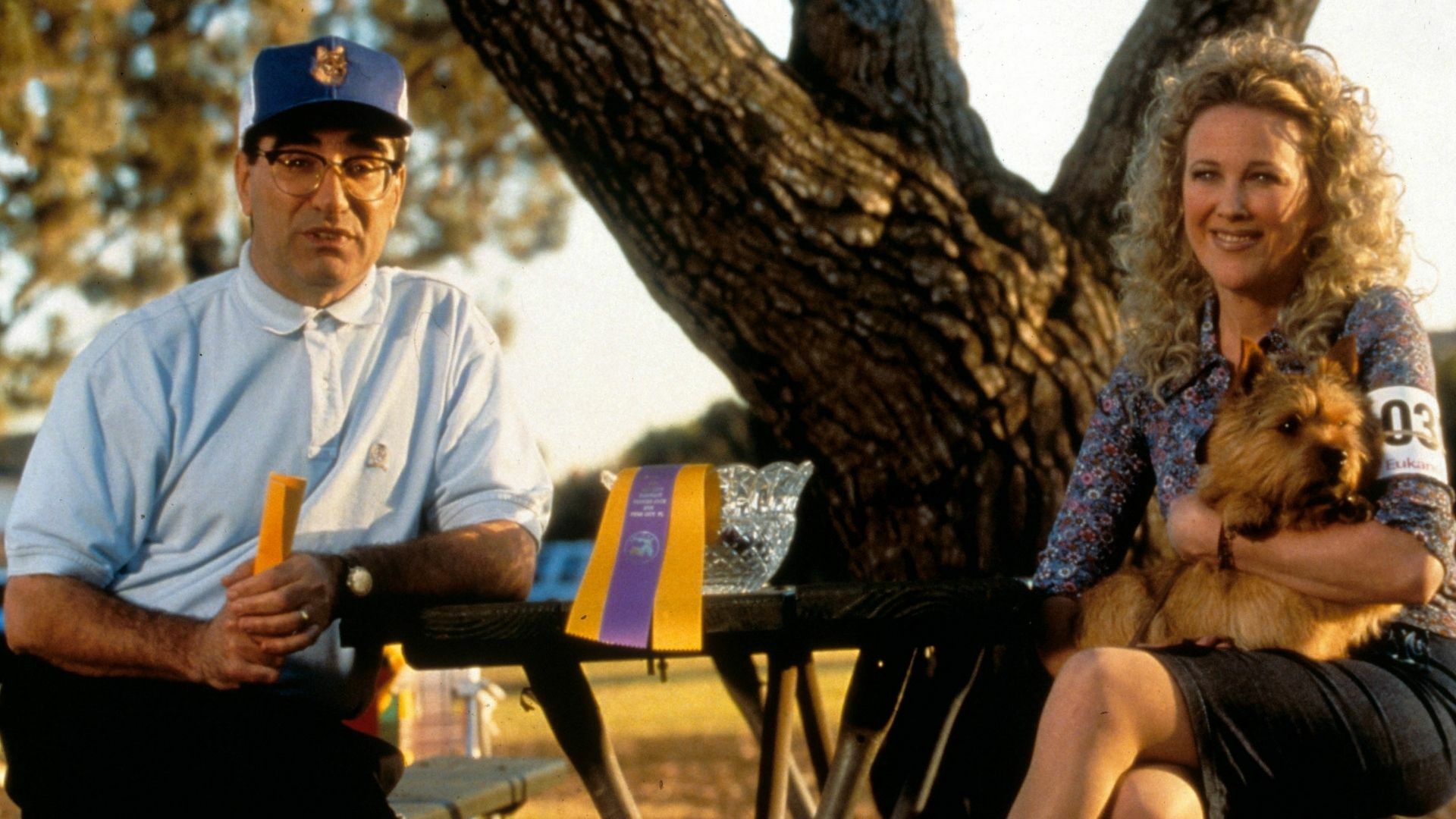 There may not be a single unfunny moment in Christopher Guest’s Best in Show. A mockumentary about dog show contestants and their precious pups, Guest’s film is a chef’s kiss of satirical comedy that features an all-timer cast of comedic actors at some of their very best. You’ve got Parker Posey (in braces) and Michael Hitchcock as an uptight suburban couple who go to therapy to process their dog watching them have sex. There’s Jennifer Coolidge as the wife of an old millionaire and her lesbian dog trainer Jane Lynch. Michael McKean and John Michael Higgins are the epitome of Palm Springs older-younger gays. And of course, we get Catherine O’Hara and Eugene Levy magnificently riffing off one another as a Florida couple. If this Starbucks bit makes you laugh, Best In Show is for you.

How to watch: Best in Show is now streaming on HBO Max. 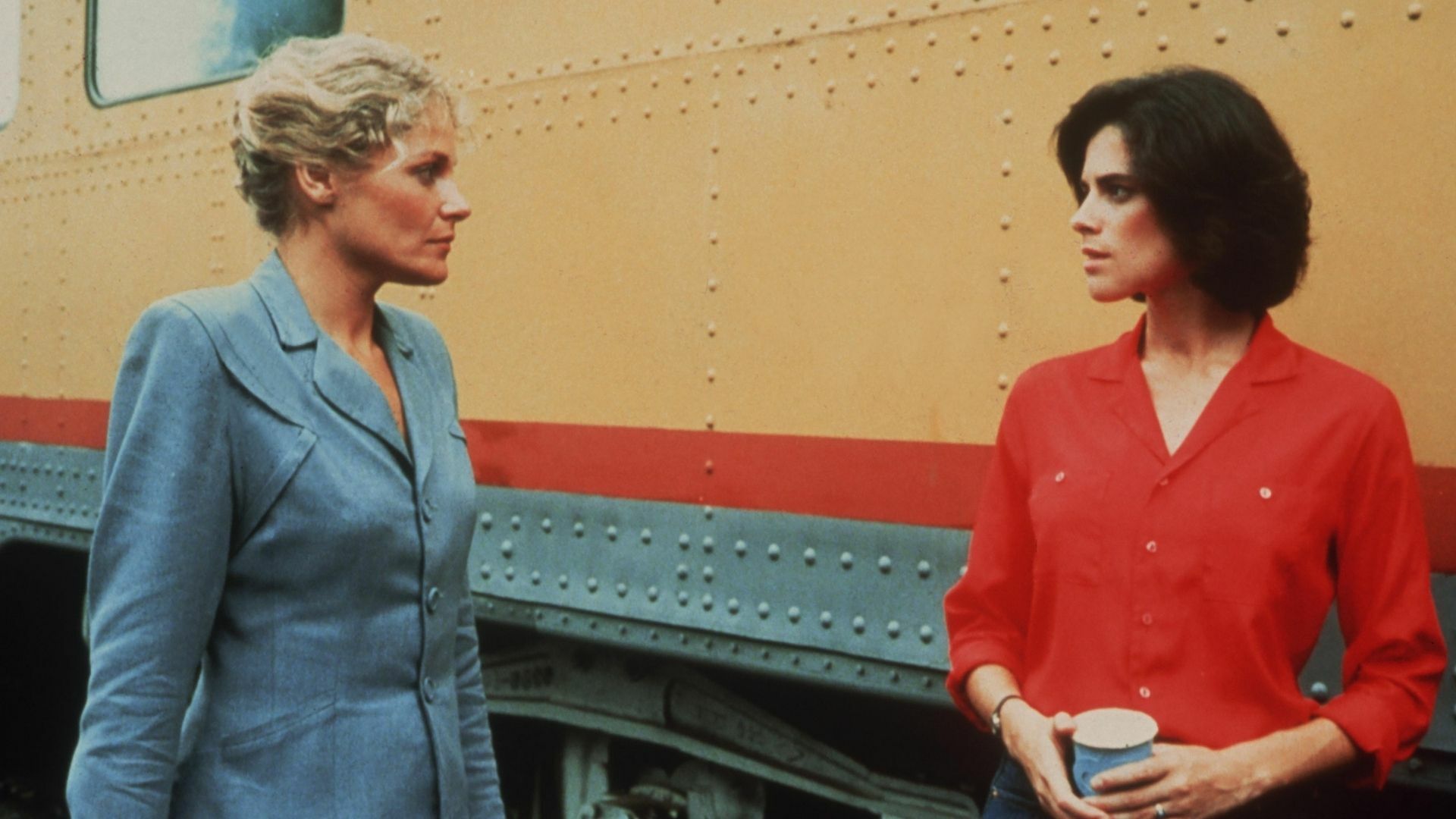 Before the lesbian romances of the New Queer Cinema movement, and long before the current streak of lesbian period dramas, there was Donna Deitch’s 1985 film Desert Hearts — which, yes, is technically a period piece itself. Set in the late ’50s, Vivian, a New York English professor who wears tailored skirt suits and pearls, moves to Reno to get a divorce. She stays at a nearby ranch where she meets Cay, a tough, freewheeling cowgirl type who unabashedly wears her queerness on her sleeve. What follows is a long courtship of brewing sexual tension and tender exchanges that will make any Carol fan swoon.

How to watch: Desert Hearts is now streaming on HBO Max. 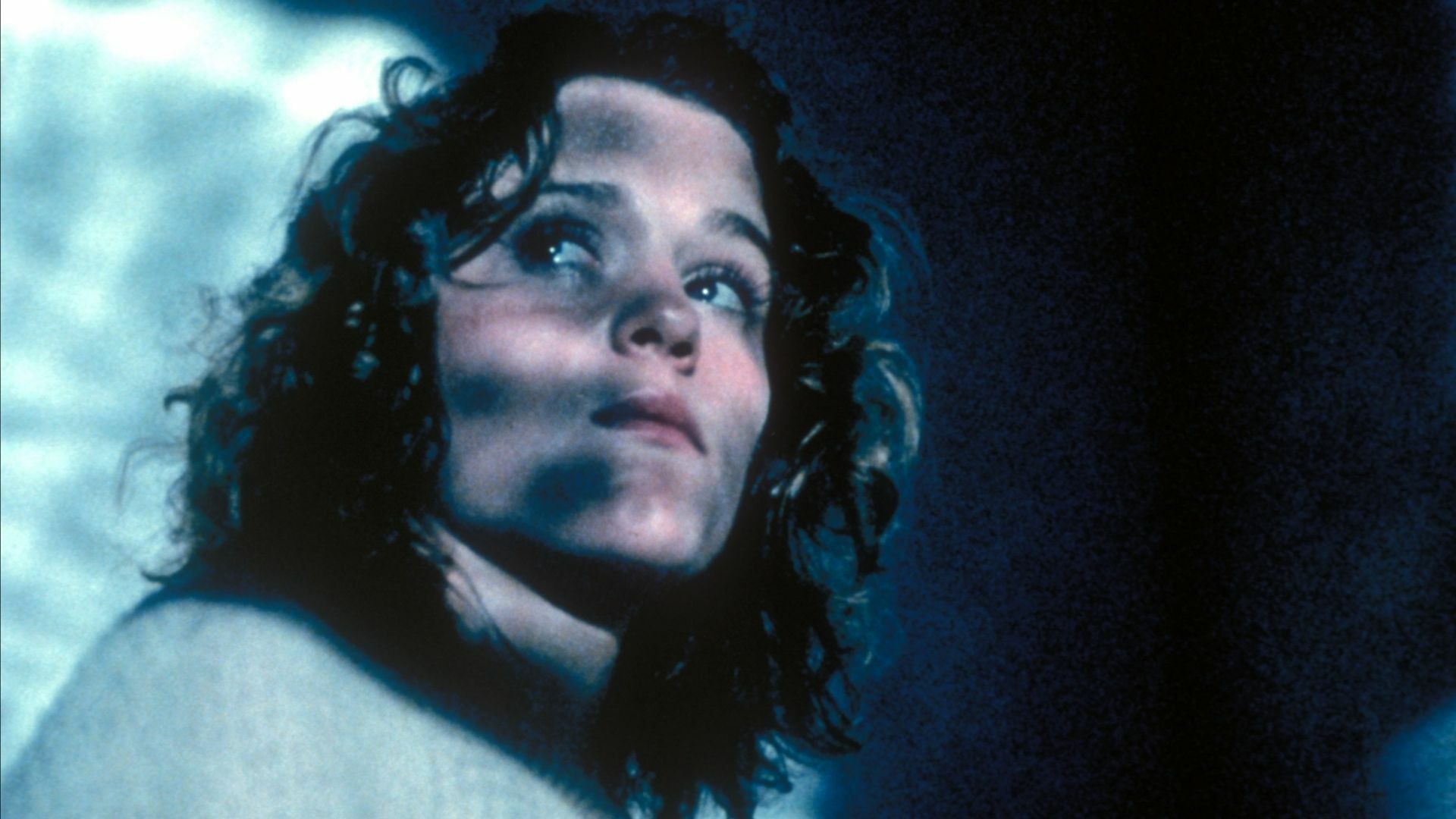 If you can fit a nice, tight murder plot into 96 minutes and make it percolate with suspense, drip with bursts of violence, and ooze with style, then you have a damn fine movie on your hands. The Coen brothers sure did that with 1984’s Blood Simple, which happened to be their (fantastic) directing debut and Frances McDormand’s acting debut. It has everything you’d want from a neo-noir and is the type of film that’s thankfully short enough to watch again and again, and still get a thrill from.

How to watch: Blood Simple is now streaming on HBO Max. 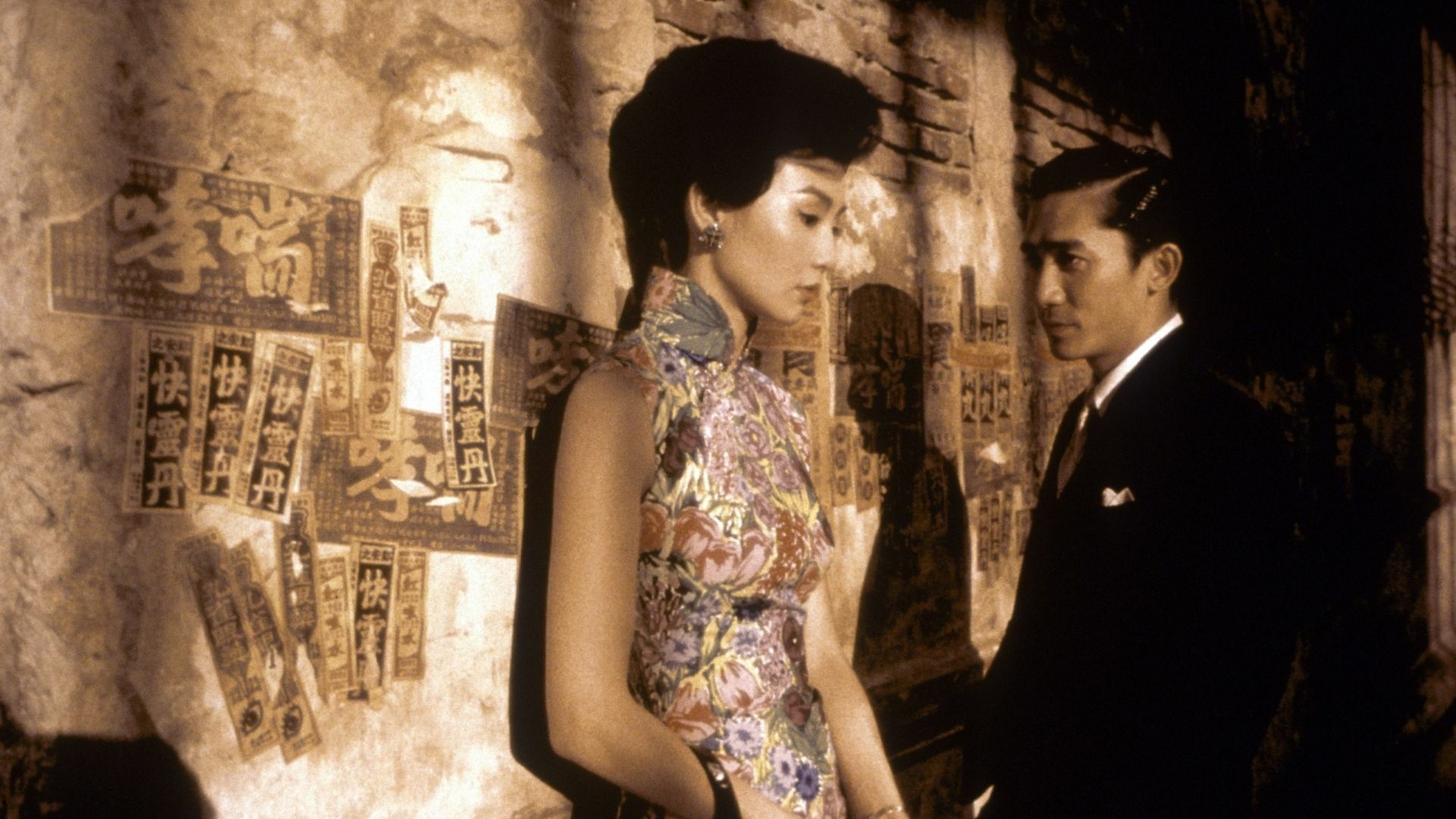 Wong Kar-wai’s masterpiece isn’t a movie that you watch, but one that you feel. It’s a romance that emphasizes the desire and longing tucked inside quiet glances, underneath brief moments of touch, in between words. Set in 1962 Hong Kong, we watch the polite interactions of neighbors Su Li-zhen (Maggie Cheung) and Chow Mo-wan (Tony Leung) as they cross paths in their shared apartment building and throughout town. They soon learn their spouses are having an affair with each other, and in time, Chow and Su begin to develop a deep love for one another. In the Mood for Love’s magnificence comes from Cheung and Leung’s aching performances, the exquisite, patient cinematography of Christopher Doyle and Mark Lee Ping-Bing, and a swooning soundtrack that dares you to keep a dry eye. Every moment of this 98-minute film is pure perfection.

How to watch: In the Mood for Love is now streaming on HBO Max. 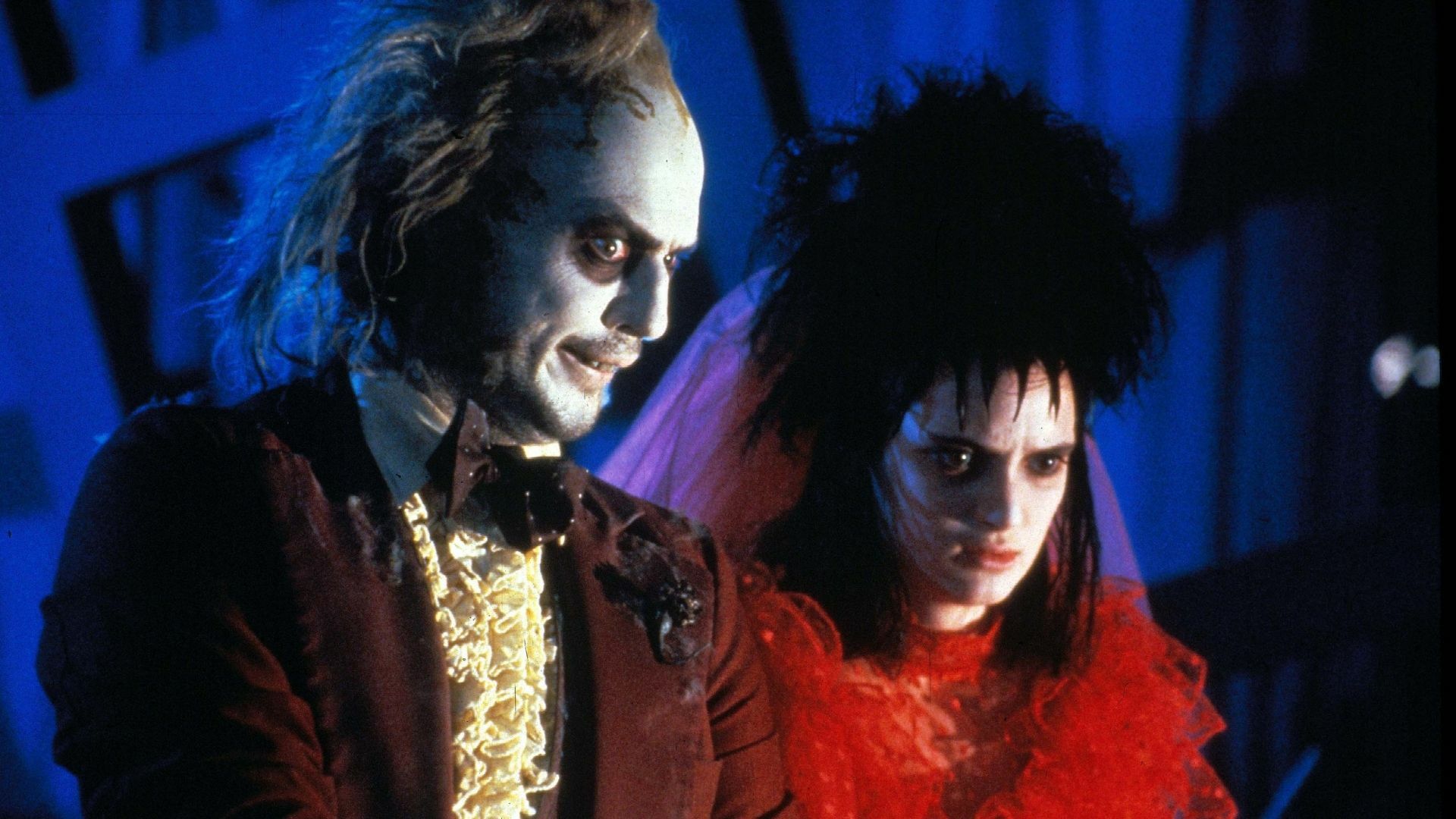 I mean, it’s Beetlejuice… what more is there to say? It’s always a joy to revisit — or visit, if you’ve somehow never experienced this Tim Burton classic — Catherine O’Hara lip-synching for her life to the Banana Boat Song, baby goth Winona Rider pouting around in a black veil, or Michael Keaton in an endless gross-out competition with himself. If you need some fantastical kooky fun, or just a quick 92-minute throwback to the days of good ol’ Burton imaginative world-building, you can’t go wrong calling in the bio-exorcist.

How to watch: Beetlejuice is now streaming on HBO Max. 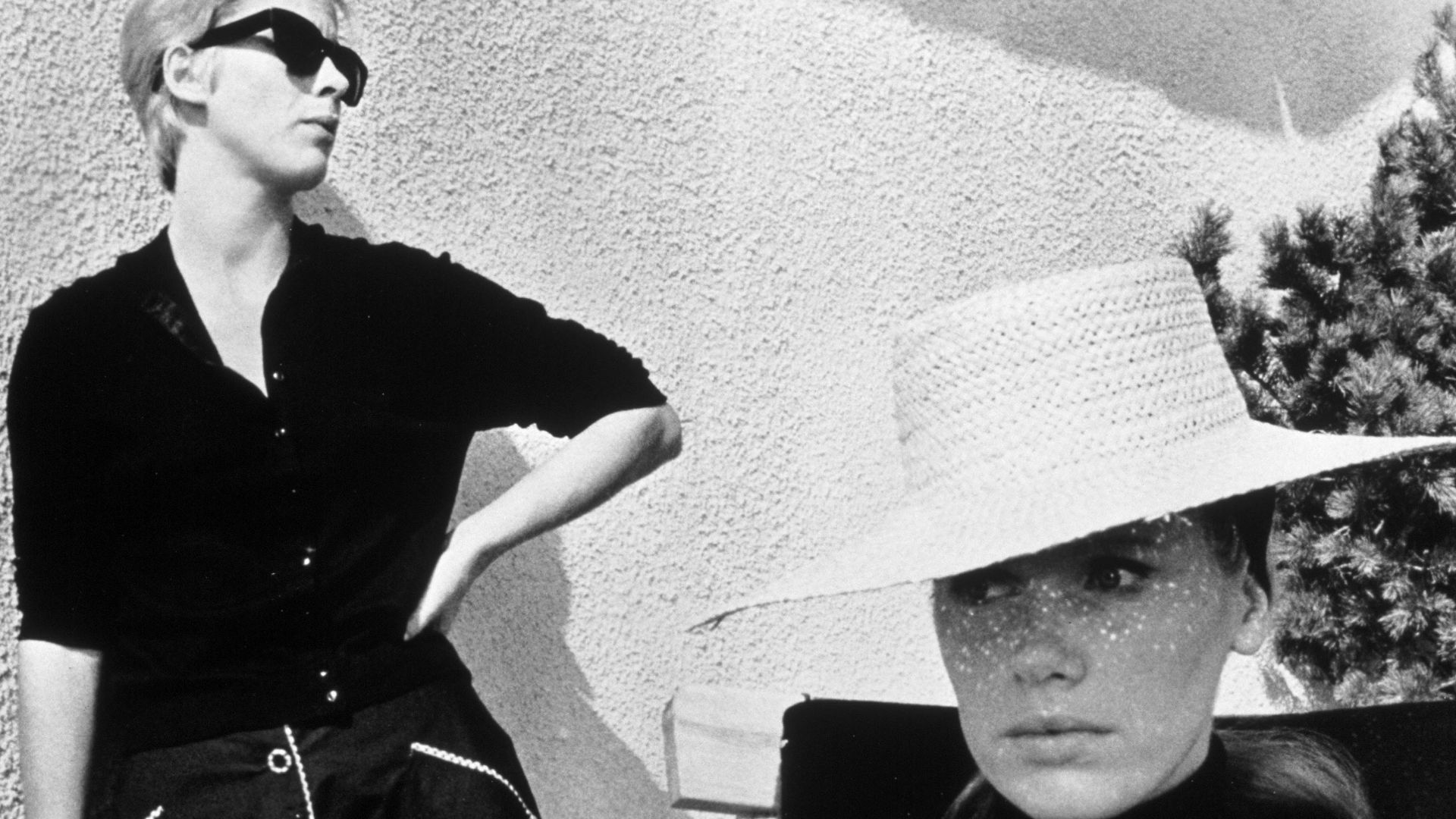 If you enjoy a psychological chamber piece about crumbling identities with great actresses actressing, Persona is essentially the GOAT. Think along the lines of Black Swan, The Clouds of Sils Maria, Mulholland Drive, or Queen of Earth, all films that owe a little something to Ingmar Bergman’s 1966 classic. After actress Elisabet Vogler (played by the always-excellent Liv Ullmann) has suddenly gone silent, she arrives on a remote island with her nurse, Alma (the also always excellent Bibi Andersson). What follows is a cinematic exploration of the human psyche fractured, dismantled, and imploding in on itself. If you enjoy the ride of Persona and are new to Bergman, thankfully most of his other films currently on HBO Max also clock in at just under 100 minutes.

How to watch: Persona is now streaming on HBO Max.

How Mobile Apps Are Changing The Future Of Education The idea of learning while being at home is what an eLearning app aims to accomplish....
Read more

The Present And Future Of AI In The Education Sector Science and technology are developing at a very fast pace and many new techniques are...
Read more

How Mobile Apps Are Changing The Future Of Education The idea of learning while being at home is what an eLearning app aims to accomplish....
Read more
E-Learning

The Present And Future Of AI In The Education Sector Science and technology are developing at a very fast pace and many new techniques are...
Read more
Feature news

Now DoorDash could start delivering your Facebook Marketplace purchases, too

You may soon have the option to have your Facebook Marketplace purchases picked up and delivered by DoorDash. According to a report from The...
Read more