Home Technology The bad news about your avocado habit
Technology

The bad news about your avocado habit 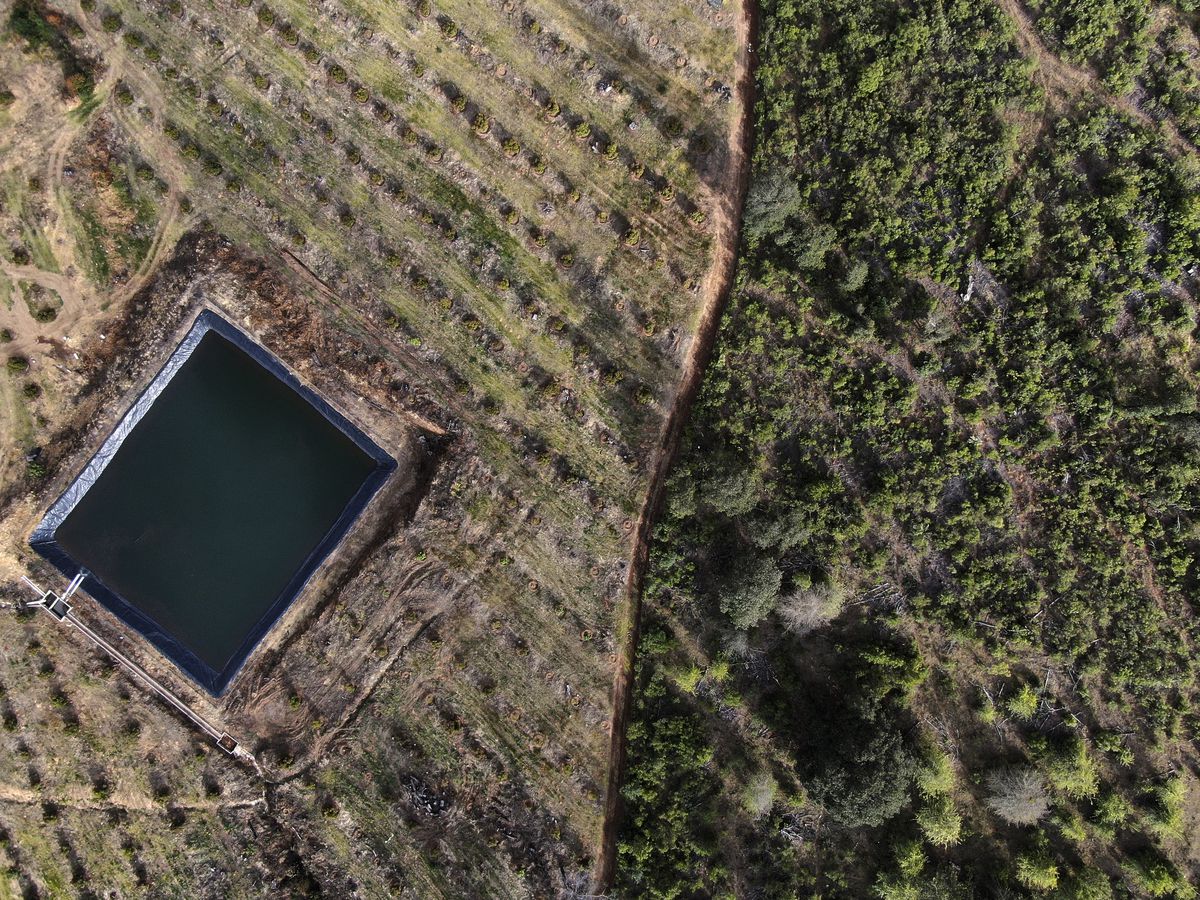 For some of us, the best part of the Super Bowl is the bowl filled with guacamole. By one estimate, football fans eat their way through 105 million pounds of avocados during the big game, making it the biggest day of the year for these fatty, nutritious, and delicious fruits.

But Americans don’t need the excuse of football to eat avocados. In the past decade, consumption has doubled as the nation demands more guac, more avocado toast, and more avocado smoothies.

Most of those avocados begin their journey in Mexico. The country is the world’s top grower and exporter of the fruit, and the US is by far its largest customer. For every four avocados that Mexico exports, three are gobbled up in the US. It’s perhaps for this reason that the marketing organization Avocados From Mexico was the first agriculture brand to pay millions of dollars for a Super Bowl commercial spot, back in 2015, according to the scholar Manuel Ochoa Ayala.

That nearly insatiable appetite comes at a cost. To meet surging demand in the US, farmers in Mexico have cut down swaths of forest in the western state of Michoacán, one of the most important ecosystems in the country. By some estimates, as many as 20,000 acres of forest — the area of more than 15,000 American football fields — are cut down each year and replaced with avocado plantations. The rapid expansion of orchards will threaten forests in Mexico for years to come, according to a study published this week.

That doesn’t mean you should stop buying avocados altogether, experts say. Avocado farming in Mexico is a lifeline for a low-income part of the country, and simply boycotting the produce would likely do more harm than good.

There are ways to limit your impact on ecosystems when shopping for these fruits. And the true responsibility to improve the industry, experts say, falls on what could be called Big Avocado — the handful of major corporations that import and sell these beloved superfoods.

As recently as a few decades ago, Mexican avocados were nowhere to be found in the US. Not in grocery stores. Not even in Mexican restaurants. For most of the 20th century, the US prohibited companies from importing them from Mexico because government officials feared that avocados might introduce insect pests into American orchards.

That all changed in 1997 when the US, after reviewing Mexico’s practices, lifted its ban. Avocados started streaming northward. Between 2000 and 2018, exports of avocados from Michoacán, one of Mexico’s poorest states and the origin of nearly all of its avocados, grew 60-fold.

Much of that growth has come at the expense of forests. Although it’s often illegal, farmers sometimes cut down trees to clear space for avocado orchards — either because there’s no existing farmland to grow the crops or because it’s cheap, experts say. Forested lands in Michoacán contain nutrient-rich soil, so farmers don’t need to spend as much money on fertilizers, according to Antonio González-Rodríguez, a forest researcher at Universidad Nacional Autónoma de México. Demand for avocados also makes them a lucrative crop, so farmers have an incentive to continue planting.

No organization specifically tracks forest loss from the avocado industry, but a handful of researchers have made troubling estimates in recent years. One paper published in early 2021, for example, found that farmers in Michoacán planted about 36,000 acres of avocado farms in areas where trees were cut down between 2001 and 2017. A few years earlier, government officials in Mexico estimated that Michoacán was losing between 15,000 and 20,000 acres of forest each year — a third or more of the region’s total deforestation — to avocado cultivation. (It’s worth noting that while experts consider these numbers substantial, other food industries, including beef and soybeans, are a much bigger problem for the world’s forests.)

Farmers are still cutting down trees to grow avocados today, said Audrey Denvir, a doctoral researcher at the University of Texas at Austin. In a study this week co-authored by Denvir, researchers estimated that avocado orchards in Michoacán will expand by roughly 250,000 acres through 2050. In a worst-case scenario, that expansion would come at the expense of native forests, she said. A portion of these future farms will likely spread into federally protected areas that harbor a diversity of plant and animal life, the researchers concluded.

Millions of migrating monarch butterflies amass every winter in the forests of Michoacán, after flying more than 2,000 miles south from the US and Canada. Avocado orchards have begun cutting into parts of the Monarch Butterfly Biosphere Reserve, “where native vegetation is paramount for the insect’s survival,” researchers from the nonprofit World Resources Institute (WRI) wrote in 2020. Pesticides from avocado farms could also endanger the iconic insects.

Replacing forests with avocado farms also draws down the precious water supply. Avocados suck up more water than fir and pine trees, and farmers will often drain streams to fill retention ponds that they use to water their crops, the Associated Press’s Mark Stevenson recently reported. As a result, the water that reaches downstream communities is often lower in quantity and higher in chemicals such as pesticides, said Diego Pérez-Salicrup, another researcher at UNAM.

Researchers are now worried that avocado plantations are expanding outside of Michoacán. Late last year, the US government struck a deal with Mexico that will allow Jalisco, a state just north of Michoacán, to begin exporting to the States. “The patterns are repeating themselves,” said Valeria López-Portillo, a researcher at WRI Mexico.

How these fruits get from point A to point B shows just how complex today’s avocado industry has become. A single fruit may pass through the hands of growers, packers, exporters, and importers before it reaches retailers such as grocery stores. Drug cartels in Mexico are also involved in the avocado trade, experts say, largely because there’s a lot of money to be made.

Major US firms that import avocados from Mexico and sell them to chain retailers must be aware that growing these fruits is harming ecosystems, López-Portillo said. It’s easy to see the problem if you spend any time in Michoacán, she added. Producers of soy and oil palm have pledged to eliminate forest loss from their supply chains, but no such pledges exist among major avocado firms, according to Denvir.

Avocados From Mexico, the marketing group, said in a statement to Vox that farmers follow all US and Mexican regulations, including those related to pest control and deforestation. “The avocado industry in Mexico is committed to the environment and sustainable development of the region,” the statement said. It did not respond to a question about how it ensures that growers are not deforesting land.

The US, meanwhile, doesn’t ban imports of avocados tied to illegal deforestation, Denvir said. Vox also reached out to several major avocado importers, including Mission Produce, West Pak Avocado, and Calavo; those that responded to our request declined to comment.

Avocado farms themselves are not the root of the problem, Pérez-Salicrup said. Only some farmers actually cut down trees to grow avocados, he said, and most of the profits go to the corporations exporting, importing, and selling the avocados in the US and Canada. “Let’s not confuse the knife with the murder,” he said. There are examples of farmers using revenue generated from an avocado orchard to fund forest conservation, Pérez-Salicrup added.

Some researchers say that avocados should be certified for sustainability so that consumers can assess the impact of their purchases. “What I would love to see is an eco-label for avocados,” Denvir said. The industry could model such a label after certification programs for other commodities, similar to what the Forest Stewardship Council does for pulp and paper, researchers wrote in a 2021 paper led by Denvir. Alternatively, companies could apply existing labels — like Rainforest Alliance, marked by the green frog you can find on bars of chocolate and bags of coffee — to avocado growing, she added. (Existing sustainability standards are far from perfect.)

In the meantime, what should you do at the grocery store? If you have the financial means, it’s better to choose organic, experts say. In general, “the producers who farm organic care more,” González Rodríguez said. Yet even with organic products, it can be difficult to know exactly where they’re coming from, Denvir said.

Most importantly, researchers told Vox, don’t swear off all Mexican avocados. That will only harm communities in Michoacán whose livelihoods depend on them. Though corporations reap most of the profits, growing the fruits still brings much-needed income to rural Mexico.

Now, could you please pass the chips?