Home Technology The biggest wildlife bill since the Endangered Species Act is *this close*...
Technology 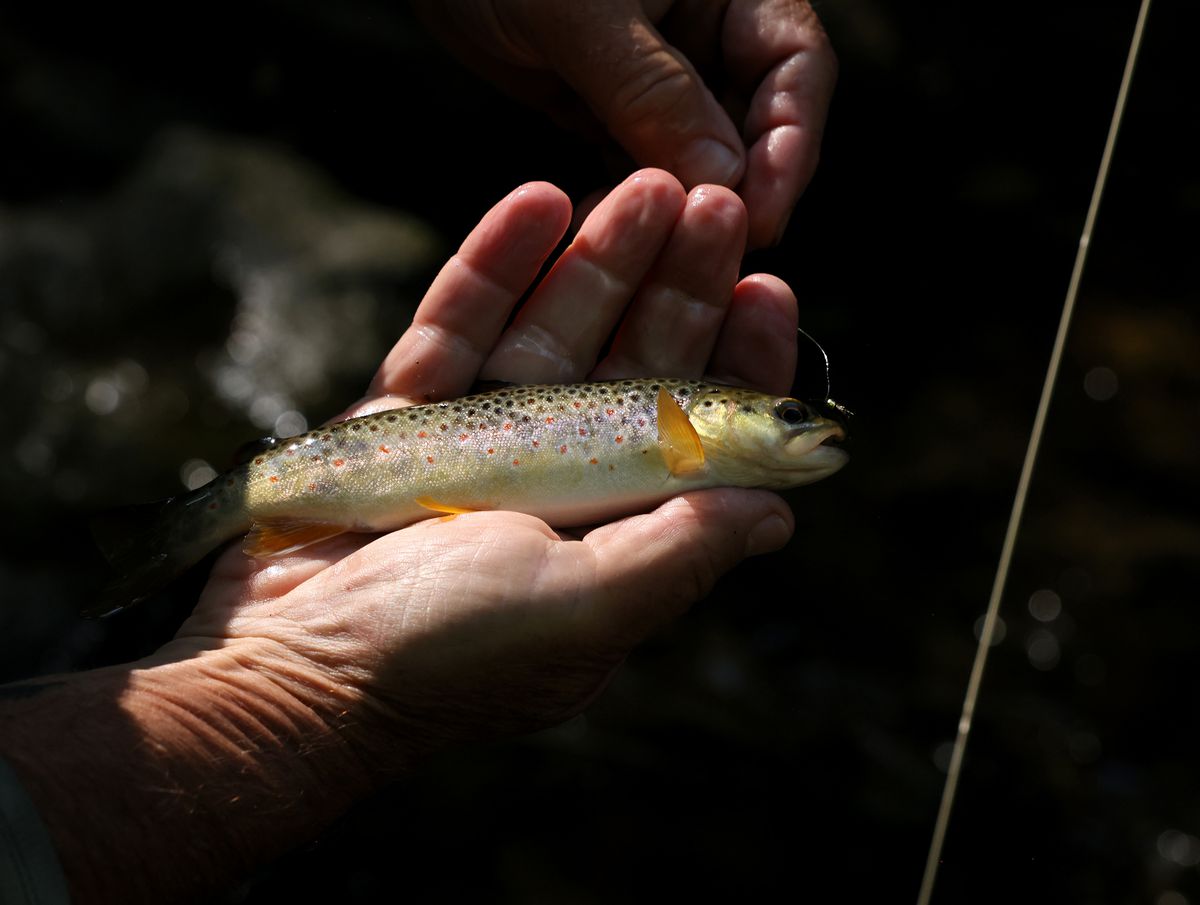 The Biden administration is on the cusp of enacting the biggest piece of climate legislation ever, after the Senate passed the Inflation Reduction Act Sunday with a vote straight down party lines. But there’s actually another huge piece of environmental legislation that could soon become law — and it has bipartisan support.

Known by the acronym RAWA, Recovering America’s Wildlife Act would provide close to $1.4 billion a year for restoring wildlife populations across the country. At its core, RAWA addresses a big problem: More than a third of the nation’s plants and animals are threatened with extinction, from the monarch butterfly to the Florida panther, putting outdoor recreation and ecosystems that Americans depend on at risk.

The bill isn’t just some animal-lover’s fantasy: It passed the House in June on a bipartisan vote, and it’s poised to clear the Senate, where it has 16 Republican co-sponsors, as soon as this fall.

Unlike climate-focused legislation, RAWA has a broad base of support, in part because it appeals to hunters and fishers, many of whom tilt conservative. It also gives power to states to decide how to spend the money. Plus, wildlife-related recreation is a $140 billion industry, so protecting plants and animals comes with a strong economic incentive.

To put this bill in perspective: RAWA would be the biggest piece of legislation for wildlife since the Endangered Species Act of 1973, which is credited with saving grizzly bears, gray wolves, and dozens of other beloved American animals from extinction, said Sen. Martin Heinrich, a Democrat from New Mexico.

“It would be a real shame if we didn’t take advantage of this,” said Sen. Heinrich, who introduced the bill to the Senate last summer, along with Republican Sen. Roy Blunt of Missouri.

By funneling money into wildlife conservation, RAWA would protect thousands of plants and animals before they’re at imminent risk of extinction, according to Heinrich and environmental experts. Ultimately, that could save taxpayers money.

Here’s how it would work — and why RAWA is an acronym worth knowing.

Much of the work to protect animals falls on state wildlife agencies. They have a range of programs to monitor and manage plant and animal populations that include reintroducing locally extinct species and setting regulations for hunting and fishing. Yet these agencies have only been able to help a small sliver of the nation’s imperiled animals — more than 12,000 species in the US are still in need of protection, according to state wildlife agencies.

The first problem is money. Roughly 80 percent of funding for state-led conservation comes from selling hunting and fishing licenses, in addition to federal excise taxes on related gear, such as guns and ammo. But these activities aren’t as popular as they once were. In the early 1980s, for example, hunters made up 7.2 percent of the US population; by 2020, that proportion had fallen to 4.2 percent, according to the environmental advocacy group Wildlife for All.

State conservation is funded through a customer-based model, said Andrew Rypel, a professor of biology at the University of California Davis. And in the last few decades, “the customer base has been declining,” he said. “That results in less conservation work getting done.”

Another problem is how state agencies spend those dwindling funds. Virtually all of the money for conservation is funneled into animals that people like to hunt or fish, such as elk and trout, said Daniel Rohlf, a law professor at Lewis & Clark Law School. That leaves out countless other species, many of which are threatened with extinction. “At the state level, there’s been almost zero focus on non-game fish and wildlife,” Rohlf said.

Fish that have no commercial value are a good example, Rypel said. “There’s this whole group of fish species that nobody cares about, which people call rough fish,” he said. These are species like the freshwater drum and largescale sucker that have no commercial value yet typically serve a vital role in the ecosystem. “Many of them have been declining over time and they never get worked on because they don’t fall into this customer-driven model,” he said.

That’s why researchers like Rypel are so excited about RAWA: The bill seeks to solve both of these problems by providing funding to protect all at-risk plants and animals.

The bill would disperse a total of more than $1.3 billion each year among state wildlife agencies, based on the state’s size, human population, and the number of federally threatened species. California, for example, could get more than $50 million a year, whereas Vermont or New Hampshire — where fewer animals are at risk — could receive closer to $10 million.

The idea is that these funds would pay for 75 percent of each state’s Wildlife Action Plan. These are formal blueprints, drafted by each state in 2005, that detail which species are vulnerable and how the agency plans to keep them off the federal endangered species list.

New York state’s plan, for example, includes 366 species in need of protection, such as the timber rattlesnake and the saltmarsh sparrow, and a wide range of actions to protect them. Those include things like minimizing pollution and protecting forests, wetlands, and other habitats.

Historically these action plans have been vastly underfunded: States can only pay for about 5 percent or less of them. RAWA seeks to fix that. The bill will also require states to contribute 25 percent in matching funds from other sources, such as license plate sales (so a state that receives $10 million from the government would kick in an additional $2.5 million).

One feature of RAWA that makes it so important, experts say, is that it requires states to protect animals that are imperiled, whether or not they’re targeted by hunters and fishers. “That’s funding that doesn’t exist right now,” Rohlf said. The money could provide a lifeline for endangered salamanders, songbirds, and countless other non-game animals that are, as the bill states, “of greatest conservation need.”

RAWA also aims to restore wildlife populations before they’re at risk of extinction, to avoid having to list animals as threatened under the Endangered Species Act, which comes with all kinds of regulatory burdens and costs. “It’s often more expensive to take action once a species is imperiled than it is to take action when it’s doing okay,” said Brent Keith, a senior policy adviser at the Nature Conservancy, a nonprofit organization that has been promoting the new legislation.

The act could help New York protect habitat for the vulnerable saltmarsh sparrow, for example, according to Amanda Rodewald, senior director of the Center for Avian Population Studies at the Cornell Lab of Ornithology. That could ensure the bird, which is in decline, isn’t listed as endangered, and it could also benefit coastal communities that rely on salt marshes to help dampen flooding during storms.

“There are so many shared threats or stressors that are facing wildlife and human communities,” she said. “We just can’t separate out our needs.”

That’s another reason why RAWA has drawn bipartisan support. It would help states avoid having the federal government step in to manage species, which conservative legislators tend to oppose.

RAWA also includes nearly $100 million for the nation’s Native American tribes, which own or help manage nearly 140 million acres of land in the US (equal to about 7 percent of the continental US).

“It truly is a game changer,” said Julie Thorstenson, executive director of the Native American Fish and Wildlife Society and a member of the Cheyenne River Sioux Tribe.

The nation’s 574 tribes manage hundreds of threatened species, and some of their citizens depend closely on wildlife for food. Yet they don’t receive federal money for conservation from excise taxes, like states do, even though Native Americans pay those taxes themselves when they buy guns and other hunting gear, Thorstenson said.

“There’s no base funding for tribes,” she told Vox, referring to money for conservation. Instead, tribal governments have to cobble together funding from a variety of different sources and compete with each other for small federal grants. “The inequities of funding for tribal fish and wildlife is one of the most important and least-known issues in conservation,” Thorstenson said.

Though RAWA’s $100 million provides tribes with far less money than states, it would chip away at those inequities. “It’s not enough,” Thorstenson said, but “it’s a start.”

The biggest hurdle ahead is finding a way to offset RAWA’s large price tag. It would cost the government roughly $14 billion over the next decade, and the bill would make the funding permanent.

In past negotiations, legislators proposed paying for RAWA by closing loopholes in charitable tax breaks for people who conserve undeveloped land, which some wealthy individuals have exploited. (ProPublica’s Peter Elkind has written a lot about what he calls “the tax scam that won’t die.”)

But that strategy likely won’t generate enough money, Keith said. Sen. Heinrich, meanwhile, declined to share details about a potential pay-for. “We’re still in active conversations with both the Finance Committee and also leadership in the Senate,” he told Vox. “I don’t think that [the pay-for] will be an impediment to get this done.”

Should legislators find a way to offset RAWA’s cost, it could come to a vote as soon as September. Environmental experts are confident that the bill will pass; with more than a dozen Republican co-sponsors in the Senate, it will likely have well over 60 votes.

That’s something to celebrate, Rypel said. “You just don’t hear about a lot of bipartisan bills anymore,” he said. “It could be a very good thing for our country to have a functional and powerful piece of legislation pass in today’s polarized time.”