Home Feature news 'The Lost City' review: A romp that should have been a riot
Feature news

‘The Lost City’ review: A romp that should have been a riot 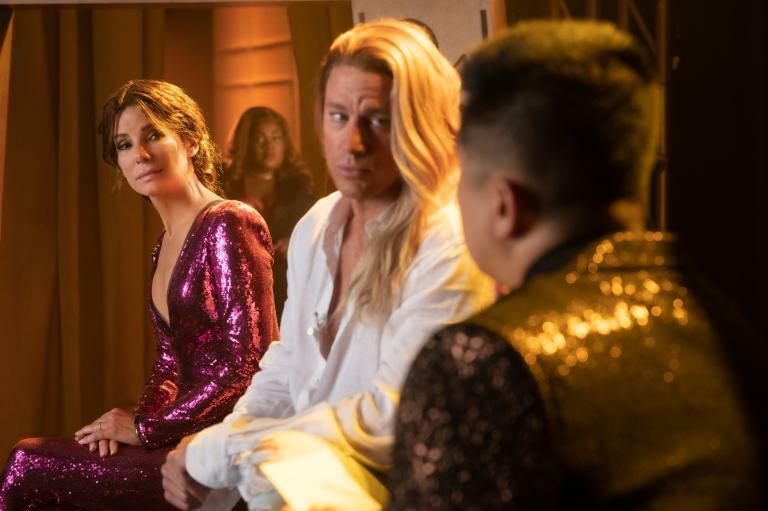 If you’re in need of a wacky rom-com, peppered with action and headlined by dazzling stars, The Lost City is for you. Sandra Bullock and Channing Tatum team up to play the fool, fall in love, and track down a long-lost artifact of legend — essentially unofficially remaking 1984 comedy Romancing The Stone. But instead of being helmed, as that film was, by the deliciously irreverent director Robert Zemeckis (who also gave us such outrageous gems as Death Becomes Her, Back to the Future, Who Framed Roger Rabbit), this sexually charged adventure is directed by filmmakers who have little sense of comedic timing. The result is a film that’s fine, fun, but frustratingly fumbling.

Like Romancing The Stone, The Lost City centers on the will-they-won’t-they relationship between a romance novelist and the handsome man who infuriates her. However, rather than a gruff and vaguely misogynistic wild man, the romantic interest is a non-toxically masculine himbo, who is the cover model for her long-running series of romance novels. (Imagine Channing Tatum with a Fabio wig.) But the recently widowed Loretta Sage (Sandra Bullock) is sick of writing about love conquering all. So, she’s vexed by the flexing and flaunting of her press tour partner Alan (Tatum). When an eccentric billionaire (Daniel Radcliffe) abducts Loretta as part of his scheme to snatch a mythic crown, Alan rushes into the fray, eager to play the hero for real — even if he has zero qualifications beyond bravado.

This premise pitches the pair into the jungle, where he’s equipped with luxury lotions and she’s sporting a fuschia, fully-sequined bodysuit. It’s a solid setup. They are wildly out of their element, fleeing from gun-toting cronies and plunging into the unknown caverns of the lost city. However, the visual gags grow stale, often focusing on her glittery outfit contrasting comically to the rugged terrain. Their unlikely love adds some spark. Heartbroken by grief, Loretta is resistant to romance. But Alan slowly wins her over with his persistent golden-retriever energy and undeniably hot bod — even when it is covered in leeches.

Some of the scenes between the pair crackle just as you’d hope — in particular, an argument where Alan proclaims sincerely that he believes a woman can mansplain, “because I’m a feminist and believe a woman can do anything a man can do!” However, outside of some fiery fireside banter, The Lost City repeatedly and ruthlessly undercuts its comedy.

When comedy works, it might feel like magic, like it’s being manifested by the incredible charisma of a performer, who can harness a punchline with panache. But when comedy doesn’t work, look to the editing for what went wrong. 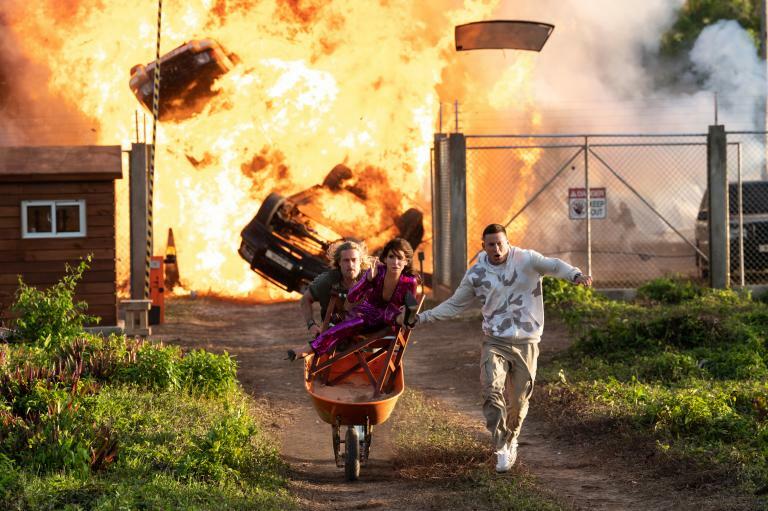 Jokes need room to land so that the audience can catch up to the whip-smart wit or profoundly stupid silliness. Next time you’re watching a comedy you love, take note of what the focus of the shot is when a joke is told. Often, the camera focuses on the teller, bolstering the audience’s attention to the funny dialogue coming out of their mouth. Or else the camera focuses on the reaction of the person being hit with the punchline, perhaps one of bewilderment or comical outrage. Or both might be captured in a two-shot, allowing the joke and the reaction to it to live in the same frame. Regrettably, The Lost City too often chooses none of these paths, opting for a clumsy cut that screams of a “fix it in post” mentality.

It’s frustrating to watch Daniel Radcliffe, who has been side-splittingly hysterical on three seasons of Miracle Workers, reduced to a stereotypical posh British douche. Early on, he delivers lines dripping with icky entitlement with an absolute lack of self-awareness that is funny. But again and again, the cut doesn’t give his jokes the space to land. Instead, the shot focuses on Loretta, who barely reacts. Perhaps because she is so mystified by the circumstances of her kidnapping. Or else, this jarring cut speaks to another issue in The Lost City: ADR addiction.

ADR stands for “additional dialogue replacement,” meaning dialogue written and recorded in post-production. In comedies, it’s often employed to punch up jokes or add in some new ones. This device is utterly abused here. You can tell because over and over the jokester’s mouth isn’t being shown as they speak, and the onscreen listener has no discernible reaction to what was said. This gives the joke nowhere to land, and the audience no place to properly find pleasure in it. Instead, the cut rushes to the next stunt or shenanigan, taking no time to let us enjoy the journey. 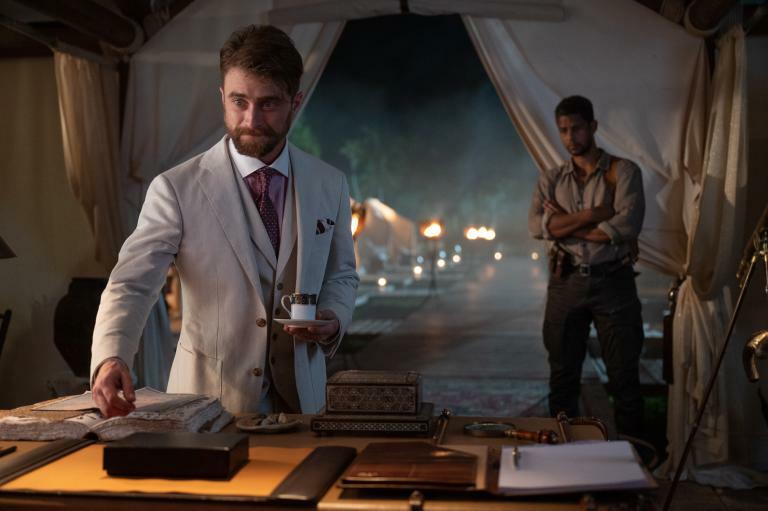 At the helm of The Lost City are Adam Nee and Aaron Nee, who also co-wrote the script alongside Oren Uziel and Dana Fox. Previously, the Nee brothers spun Mark Twain’s tales of Huckleberry Finn and Tom Sawyer into a little-known low-budget contemporary goofball comedy, Band of Robbers. So, it’s impressive that their follow-up was the leap to a mid-budget studio action-comedy, bolstered by A-list stars. Shame they didn’t stick the landing. The flustering final cut suggests that the Nees didn’t get the footage needed to really make their scripted lines sing and so relied on rewrites in post-production, which led to a final cut that’s often inexplicable and too often falling short of funny.

Don’t mistake me. The Lost City perseveres through a barrage of half-hearted bits and bungled punchlines, becoming an adventure that’s inoffensively entertaining and easy enough to enjoy. Bullock is in sharp form. And while Tatum’s hero doesn’t reach the mighty heights of Chris Hemsworth’s side-splitting himbo in Ghostbusters, his Alan is solidly delightful. Radcliffe’s talents are squandered, but Da’Vine Joy Randolph, Patti Harrison, and Brad Pitt make the most out of smaller supporting roles that bring some edge to the overall tame adventure.

The Lost City cruises for long stretches on the charm of its stars and the outlandish stunts of its adventure, but ultimately there are few jokes worth treasuring. It’s amusing, but it’s not the raucous blast that its premise and stars suggest it could have been.

The Lost City opens in theaters on March 25.