The maddest things in ‘Doctor Strange in the Multiverse of Madness,’ ranked 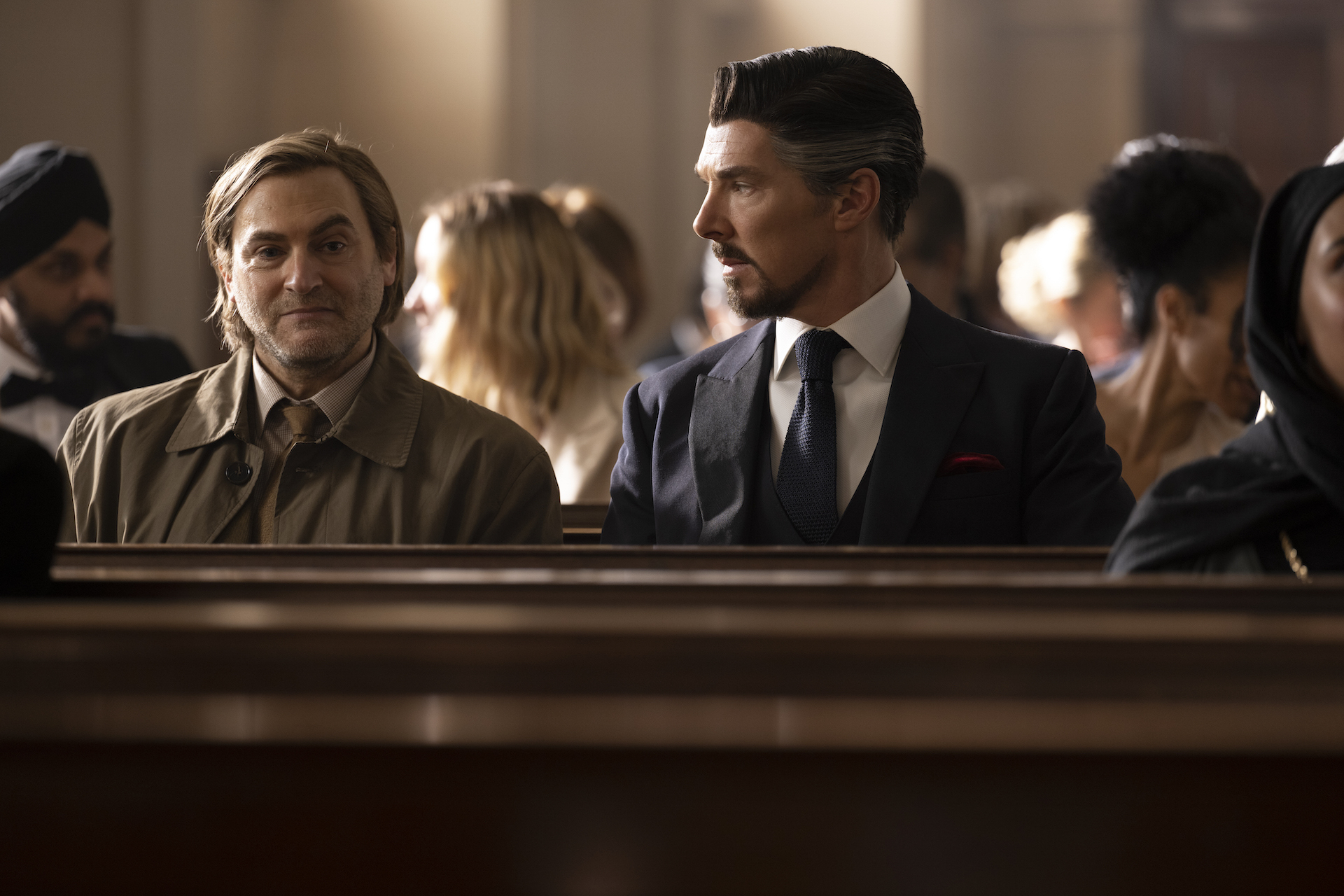 Doctor Strange in the Multiverse of Madness lives up to its name. There’s a lot of multiverse action and all of it is completely bonkers. Between the gruesome deaths, Wanda’s entire arc, and the giant green minotaur nobody explains, the phrase “we’re all mad here” has never been more apt. These are the 14 maddest things in Multiverse of Madness, ranked, of course, by how jaw-droppingly unhinged they are.

Warning: Spoilers ahead for Doctor Strange in the Multiverse of Madness.

14. Socialism is the default state of the multiverse

America Chavez probably knows more about the multiverse than anyone else, which makes her declaration that food is free in most universes and it’s “weird” that 616-dwellers have to buy it a believable multiverse factoid. If most universes have figured out that food should be free, what else is free in those realities? Healthcare? Housing? Wait — isn’t that socialism? Have the multiversal commons decided on socialism as the systemic default across realities? And can we get a pizza ball? —Alexis Nedd, Senior Entertainment Reporter

Marvel has never been the best when it comes to putting their characters in decent or even mildly believable wigs (Natasha Romanoff in Iron Man 2 and Maria Rambeau in Captain Marvel would like a word), but Doctor Strange in the Multiverse of Madness went even harder on weird-ass headpieces. First there’s ponytailed Doctor Strange, who looks like he clipped on the back half of a My Little Pony figurine; then there’s Michael Stulhbarg’s early-00s skater wig as Doctor West. Both Earth-848’s Captain Carter and Christine apparently buy their hair at Party City, and whatever Charlize Theron has on her head in the mid-credit scene is a mystery to everyone. —A.N.

12. Welcome to the paint dimension

We saw flashes of a ton of different universes in this movie, but can we just backtrack to the one where everything and everyone is made of paint? Are people just dripping around like sentient paint blobs there? Is there a paint equivalent of The Avengers? Did they paint-fight paint-Thanos? We need paint-answers. —Belen Edwards, Entertainment Reporter

It’s not a surprise when Bruce Campbell’s cameo becomes the butt of a joke in Multiverse of Madness. That’s been a thing with him and Raimi for the length of the Evil Dead duo’s working relationship. But the joke here, in which Doctor Strange curses some poor, schmucky street vendor to three weeks of a “Why are you punching yourself?” spell, is rubber-room levels of bonkers. —Adam Rosenberg, Senior Entertainment Reporter

On the plus side, it’s nice that Wong appears to have a little something going on with a lovely lady sorcerer. Whether or not HR has a problem with the Sorcerer Supreme dating within Kamar-Taj is neither here nor there. The truly upsetting part is getting a rare glimpse at Wong’s rich inner life and Wanda immediately frying his maybe-girlfriend in a maelstrom of chaos lava. Rude. — A.N.

Doctor Strange’s defeat of Shuma-Gorath was the moment we knew Sam Raimi was bringing goop and gore to the MCU. Stephen stabs the demon’s eyeball with a lamppost, then yanks it out — and Raimi makes sure we see and hear every squelch and splatter. It’s definitely not the grossest moment in the movie (more on that later), but it sets the bar pretty damn high. —B.E.

8. Battle of the Bands

Danny Elfman’s score is a blast throughout (those sick guitar licks!), but Multiverse of Madness really dials it up to 11 when Doctor Strange fights Dark Strange with the power of classical music. Forget Strange vs. Strange: Beethoven’s “Symphony No. 5” vs. Bach’s “Toccata and Fugue in D minor” is the surprise battle we all needed to see. —B.E.

Is ‘Doctor Strange in the Multiverse of Madness’ kid-friendly? A guide for nervous parents.

7. Like we weren’t going to notice the giant green minotaur?

We all saw this guy, right? Kamar-Taj is a mystical place, but up until now it’s been wizard-mystical, not giant green minotaur chillin in the background for many, many scenes-mystical. The minotaur himself is likely Rintrah, a little known Marvel character whose whole thing is, well, being a giant green minotaur, but nobody explained that. They just put a verdant bull-man in a Kamar-Taj trainee robe with zero context and expected everyone to gloss over it. —A.N.

On the one hand, yeeting America Chavez’s two moms through a multiversal portal makes for a truly epic way to go. On the other, we could also just not? The MCU is already woefully short on LGBTQ representation, so did we really need to off this beautiful couple as an origin-story plot point? Faithfulness to the comics can be nice, but as the MCU has proved again and again in the 14 years since it launched, we can have a good story that wildly strays from the source material. —A.R.

5. The sheer number of people willing to kill a teenager instead of keeping her calm and not scared so she doesn’t involuntarily hop universes 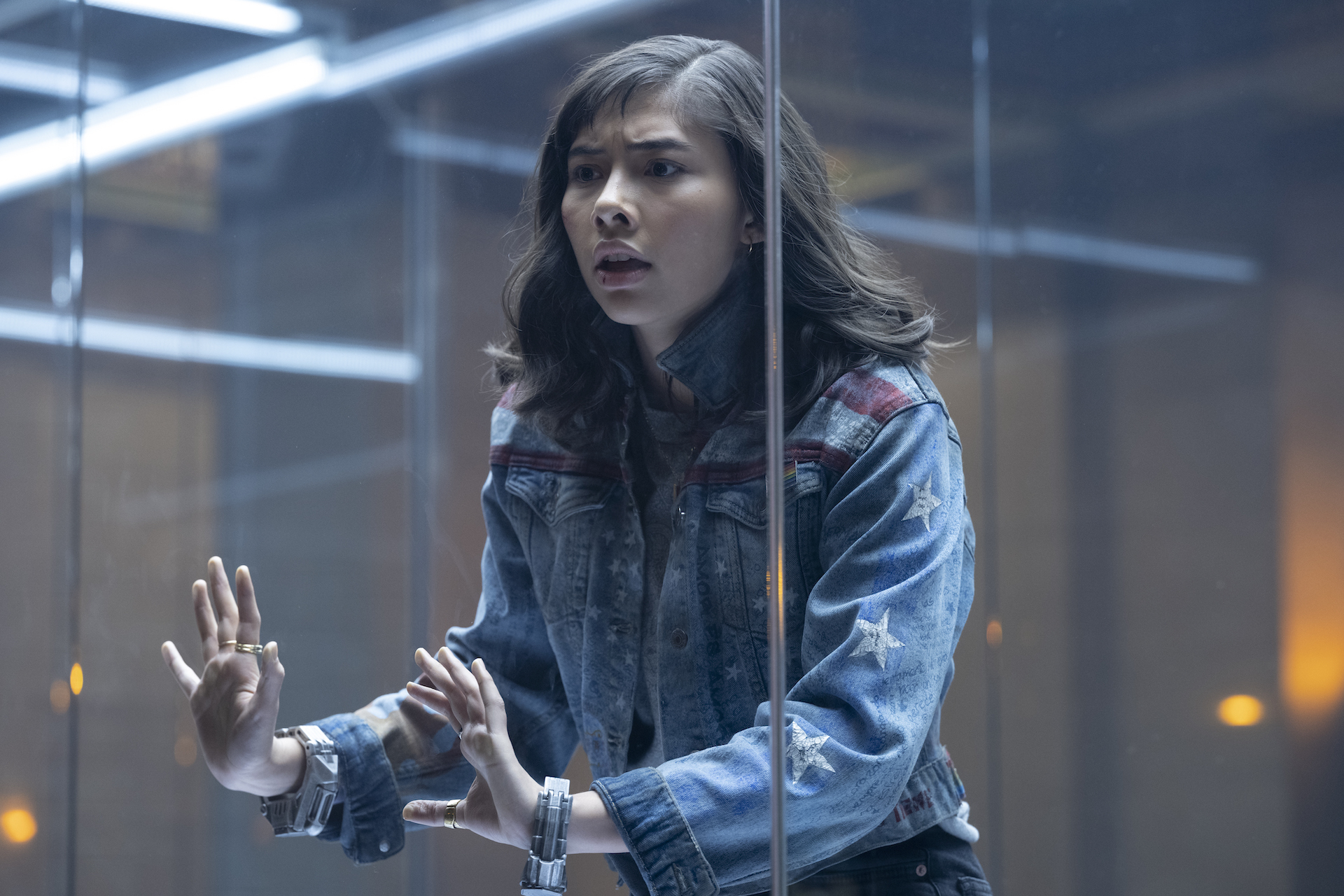 Can somebody help this child? Take her to the Relaxation Universe?
Credit: Marvel Studios 2022

Sam Raimi has always had a knack for turning photos and reflections into nightmare fuel. It happens a few times during Multiverse of Madness, but it’s never more upsetting and “wyd Marvel?!” levels of unhinged than that moment during the invasion of Kamar-Taj when Wanda emerges from the reflection in a broken gong with her best “the girl from the well in The Ring” impression. —A.R.

3. Zombie Strange and his cloak o’spirits

No one expects any Marvel movie to deliver an exclusively Evil Dead moment, even with Raimi at the helm. But the beautiful maniac pulled it off and gave us Zombie Strange. He flies in on wings made of goopy reaper demons, his mutilated face and fleshless half of a jawline ready to deliver a totally-appropriate-for-the-Doctor motivational speech and encouraging wink. It’s wholesome and unsettling in one beautifully deranged package, and we love every moment. —A.R.

Getting the Illuminati in Multiverse of Madness is like wishing for fan service on a monkey’s paw. You want John Krasinski as Reed Richards? Sure, but in 10 minutes he’ll be man spaghetti. Oh, you’re excited for Black Bolt and Captain Carter? Too bad, one blows his own skull out and the other gets chopped in half. And as for Maria Rambeau and Professor X? Well it’s squishy-squishy and snappy-snappy for them. We didn’t see this coming, but boy was it great (and mad as all hell). —B.E.

You know, Wanda! The woman who canonically has not caught a break since she was 9 years old.
Credit: Marvel Studios 2022

Consider America Chavez, a brave young woman who spends an entire feature-length film convincing the good guys not to kill her for the sake of the wider multiverse. Compare that to Wanda Maximoff, who was born into trauma, shaped by trauma, and ended up projecting that trauma into an illusory family that she conjured up out of thin air while terrorizing the mind-controlled residents of Westview, New Jersey.

She emerged from Wandavision with a deeper, darker purpose that manifests in Multiverse of Madness in a series of inarguably evil acts. She’s only stopped in the end when the same good guys who repeatedly stepped back from the brink of killing a kid use Wanda’s fake family to re-traumatize her, prompting her to immediately destroy Wundagore, the focal point of her evil acts, and herself in the process.

In a story and movie that is already completely off the wall, letting the good guys win by convincing a villain who was shaped by tragedy to kill herself is several thousand steps beyond the pale. —A.R.

Doctor Strange in the Multiverse of Madness is now in theaters.