The Olympic ideal is about world peace. The Olympic reality is far from it. 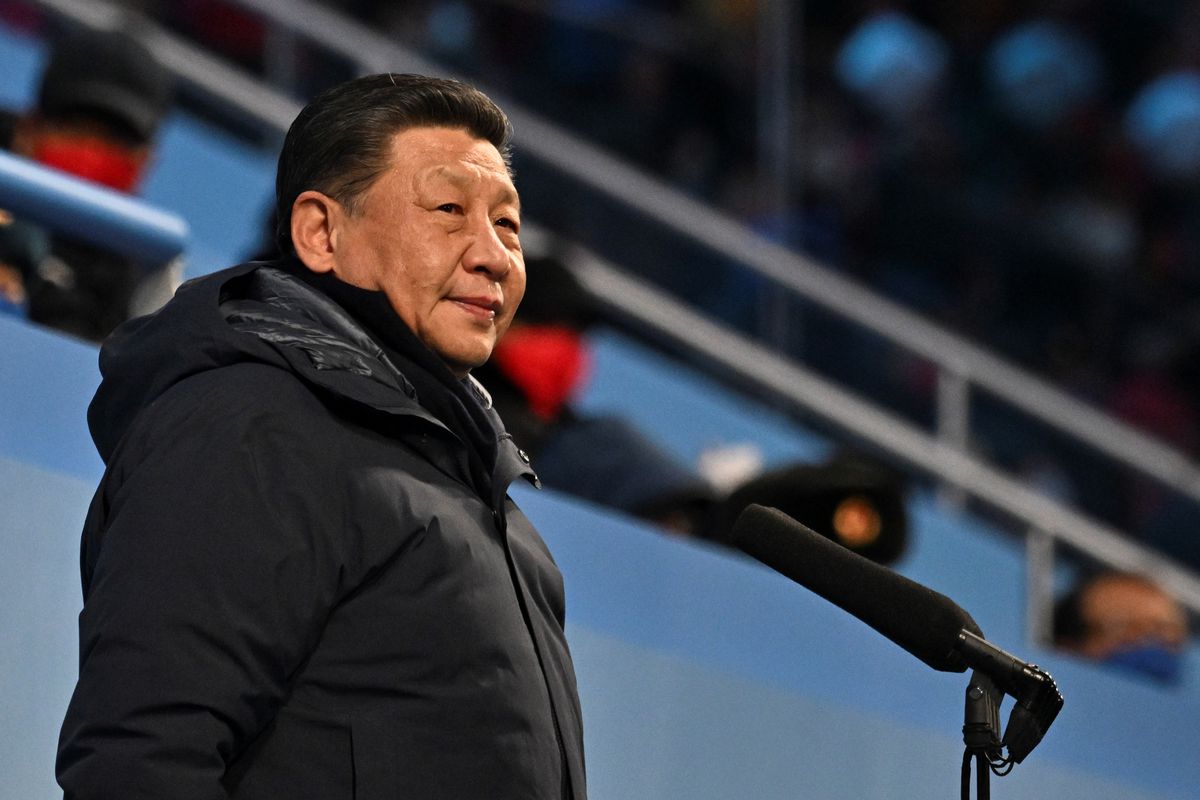 The Beijing Winter Games that opened on Friday are officially the XXIV Winter Olympics. They could have been the XXVI Winter Games — that’s the 26th for those of us who have forgotten our grade-school Roman numeral lessons — save for a historical interruption: World War II, which led to the cancellation of the Winter and Summer Games of 1940 and 1944. (The Summer and Winter Games began alternating every two years with the 1994 Lillehammer Winter Games.)

The idea that sporting competition between nations can play a role in promoting peace has been part of the Olympics since its origins in ancient Greece. Greek city-states that otherwise spent much of their time at war with one another observed (with some exceptions) a truce during the Olympics, allowing safe travel and participation for athletes and spectators during the Games.

Baron Pierre de Coubertin, the French aristocrat who spearheaded the relaunching of the modern Olympics beginning in 1896, believed that “the Olympic Games may be a potent, if indirect factor in securing world peace.”

Since 1993, the United Nations General Assembly has adopted the Olympic Truce resolution two years before every Games, unanimously calling for “all hostilities to cease during the Games, thereby mobilizing the youth of the world in the cause of peace.” In 2000, the committee behind the Games established the International Olympic Truce Centre in Athens “to promote the Olympic ideals to serve peace, friendship and understanding of the world.”

Take away those lofty-sounding ideals, and the Olympics are essentially a glorified international athletics competition that is 100 percent guaranteed to run over budget for its host city. But as the example of World War II shows — not to mention the many Games over the years that have been at least partially disrupted by international conflict, including this one — more often, it is war that has stopped the Olympics, rather than the Olympics stopping war.

Questions about what role the Olympics play in promoting world peace are especially acute as the Beijing Games begin. Even as the ice hockey and curling matches have already begun, tens of thousands of Russian troops are stationed along the Ukrainian border, raising fears of an invasion that President Biden has said would be “the most consequential thing that’s happened in the world in terms of war and peace since World War II.”

While a full athletic boycott of the Beijing Olympics over the Chinese government’s treatment of the Uyghurs failed to materialize, the US has led a number of allies in a diplomatic boycott of the Games, with India deciding to join on Thursday. (The diplomatic boycott meant that observing countries are not sending official government delegations to Beijing, so Chinese President Xi Jinping was mostly joined at the opening ceremonies on Friday by fellow autocrats.)

And the Olympic truce didn’t stop Washington from launching a commando raid on Thursday that led to the death of ISIS leader Abu Ibrahim al-Hashimi al-Qurayshi, and reportedly a number of women and children.

As the international relations scholar Kimberly Kim wrote in 2020, “most of the Games held in the modern Olympic era have failed to live up to the Olympic values and ideals.”

Olympics in 1972 and 1996 were directly marred by deadly acts of terrorism. Ten days before the opening of the 1968 Mexico City Games, the Mexican government opened fire on student protesters in the capital’s Tlatelolco plaza, leading to the deaths of hundreds of people by some estimates, though the final death toll remains unknown.

The 1980 and 1984 Summer Olympics featured alternating full boycotts from the US and the Soviet Union, as well as their respective allies. The 1936 Berlin Olympics were explicitly presented as a showcase for Nazi leader Adolf Hitler’s vision of Aryan supremacy — though American sprinter Jesse Owens had something to say about that — and the 2014 Sochi Olympics, the most expensive in history, were staged in large part to display the strength of Russian President Vladimir Putin.

Nor was peace universally observed in the classical Olympic Games. City-states were only forbidden from invading Olympia, where the ancient Games were held, or from stopping an athlete or spectator on their way to the competition; otherwise, warfare often continued during the Olympics.

Even the Games weren’t always safe — in 364 BCE, troops attacked the sacred site of Altis in Olympia. Athletes stopped their competition, and spectators turned from watching the participants to watching the soldiers.

Peace as we understand it now was never a goal of the original Olympics. What the Greeks observed during the Olympics was ekecheiria, which more accurately translates to “truce.” What the Olympics offered was a partial interruption to the normal background of near-constant conflict between the Greek city-states.

Pierre de Coubertin’s vision that an athletic competition between nations could help lead to universal peace would have been utterly alien to the Greeks.

For all its faults, there have been times when the modern Olympics have played a meaningful role in promoting international peace.

In Barcelona in 1992, athletes from members of 12 former Soviet republics competed as a unified team, taking home more medals than anyone else. At the 2018 Winter Olympics in Pyeongchang, South Korea, athletes from both Koreas marched under a single flag and fielded a unified women’s ice hockey team.

But that unified team in 1992 included Russia and Ukraine — two countries now on the brink of what could be Europe’s first conventional land war in decades. And relations between North and South Korea are arguably worse now than they were in 2018.

Even though Olympic ideals played little role in it, the absolute number of war deaths has largely been declining since 1946, part of a long-term trend in human history away from our often violent past. But as the nature of global conflict has changed, the ideals of the Olympics — nations in friendly competition — seem an increasingly poor fit. What may happen in Ukraine notwithstanding, conflict primarily occurs not between countries but within them, as world wars are superseded by civil wars and open-ended campaigns against non-state actors.

The Olympic truce has little to say about how the Chinese government is treating the Uyghurs, or the civilian casualties that mount in America’s war against ISIS and other terror groups. How nations treat their citizens — let alone citizens of no nation — isn’t in the purview of de Coubertin’s heirs, the sport autocrats of the International Olympic Committee.

The Olympics today are an anachronism layered on top of an anachronism — an ancient religious rite first reimagined for a Victorian era of gentlemen amateurs, and then again for capitalistic excess and geopolitical prestige.

Given China’s draconian Covid policies, spectators won’t be able to attend, and even athletes from different countries will have little chance to mingle and learn from each other, as de Coubertin once envisioned. No doubt the athletic performances will be extraordinary, as they are at every Olympics. But the truce won’t hold, because there was never any truce to begin with.

A version of this story was initially published in the Future Perfect newsletter. Sign up here to subscribe!