Home Technology The race to find 2,100 missing species before they go extinct
Technology

The race to find 2,100 missing species before they go extinct 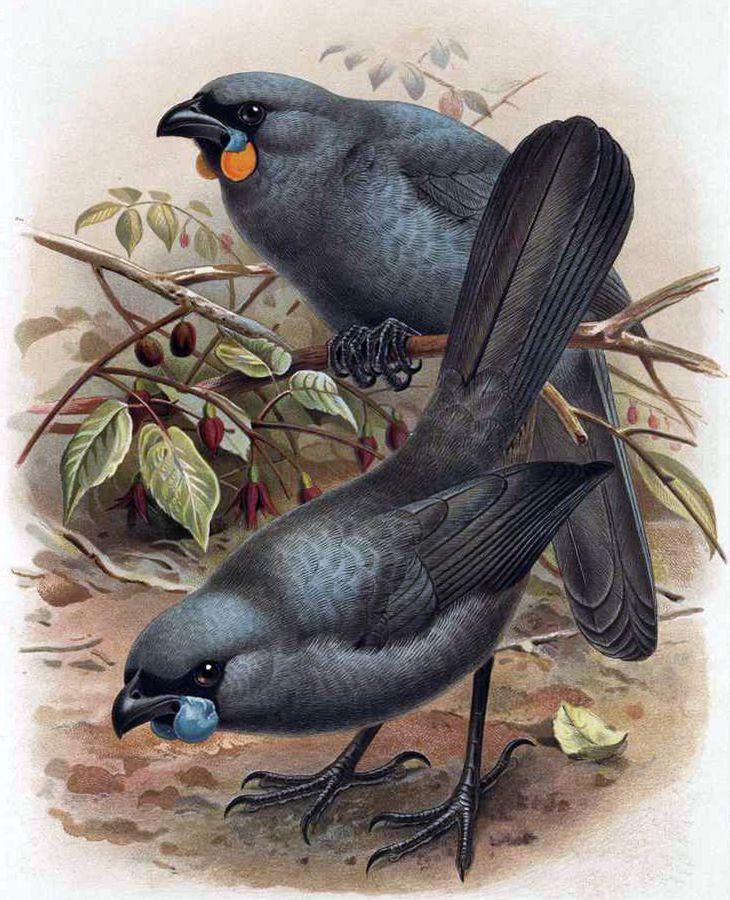 As a species becomes rarer in the environment, it progresses through a series of conservation categories — from “vulnerable” to “endangered” to “critically endangered” to “extinct.” You can look up most animals in a database and see which category they fall into. The vaquita porpoise, for example, is classified as critically endangered, meaning that it’s at risk of extinction. These categories help officials decide which species need protection, and where.

But there’s another hugely important category for species that’s often overlooked. It’s simply called “lost.” Scientists use the term to describe plants, animals, and fungi that they haven’t seen for at least 10 years, or by some definitions, 50 years. In many cases, these animals are threatened with extinction — or even already extinct — but no one really knows because they’re missing.

Scientists are racing to find these lost species, motivated by the idea that they can’t protect what they don’t know exists. And in this week’s episode of Unexplainable, Vox’s podcast that explores big unanswered questions, producer Mandy Nguyen and I join an expedition that’s hunting for one of them. We search for an eyeless salamander that lives in an aquifer, deep below San Antonio, Texas, which is arguably one of the least accessible ecosystems on Earth.

The species hasn’t been seen for more than 70 years.

But the salamander we were after is just one of more than 2,100 lost species, according to the nonprofit group Re:wild, which keeps a running list. Finding them could be the only thing that prevents them from going extinct — from disappearing for good.

Lost species are, on the whole, a strange and not-so-charismatic bunch. In some cases, that’s actually why they’re missing — no one has put in the time or effort to find these animals because they don’t attract a lot of attention.

The missing salamander we went searching for in Texas is a prime example. Last seen in 1951, the Blanco blind salamander not only lacks eyes, it’s also colorless, appearing ghostly white, and in order to conserve energy, it rarely moves. It also lives deep underground in the Edwards Aquifer, an underground structure of caves and porous rock that’s full of water (and home to another lost species, the widemouth blindcat, pictured at the top of this story).

Still, researchers are desperate to find it.

Like other salamanders, the species is an indicator of water quality. It’s sensitive to pollution, so where you find the salamander, you can assume the water is relatively clean. This is important because it lives in an aquifer that supplies drinking water to nearly 2 million people in south-central Texas. Finding the amphibian, or proving it is extinct, would reveal a lot about that critical water source, as I wrote in the feature story below.

Some lost species have been missing for even longer than the salamander. A trapdoor spider native to Europe, for example, hasn’t been seen, definitively, since the early 1900s. An adorable mammal called the Wondiwoi Tree Kangaroo, meanwhile, has been missing since 1928, when it was collected from a forest in Indonesia by the famous evolutionary biologist Ernst Mayr.

There are also plants and mushrooms on Re:wild’s lost species list. Native to the mountains of southern Chile, the big puma fungus hasn’t been seen since 1988, and a type of holly tree endemic to Brazil has been missing for 184 years. (You can find more lost species here.)

Like the salamander, many lost species are now the subject of search expeditions, such as Miss Waldron’s Red Colobus Monkey, and some organizations are even offering rewards for finding them.

The herpetologist Andy Gluesenkamp, who works at the San Antonio Zoo, has spent roughly two decades looking for the Blanco blind salamander, an animal that most people have never heard of, let alone will ever see.

“It’s my white whale,” he said of the salamander.

So what makes researchers like him so keen on finding lost animals?

These expeditions contribute to a much bigger scientific mission of understanding what does and does not exist in Earth’s many ecosystems. Documenting life anywhere creates the foundation from which researchers can ask biology’s biggest questions, such as how different animals evolve and why some environments have more diversity than others.

Right now, we know close to nothing about the Blanco blind salamander, for example, such as where it lives and what it contributes to the aquifer. The only specimen on Earth is in a warehouse in Austin, Texas — and it’s not in great shape. Finding and studying this species in the wild could help answer all kinds of questions about this unique ecosystem and life in extreme environments.

Finding lost species can also help save them from extinction. “We can’t conserve something that we don’t know is there,” said Barney Long, senior director of conservation strategies at Re:wild.

And there are already examples of this, which I highlighted in August:

In 2017, after a park ranger in Guatemala spotted a lost species of salamander on the edge of a reserve, Re:wild and other environmental groups helped expand the park’s boundaries to protect the species (which is critically endangered). Two years later, researchers rediscovered a rare rabbit-size deer in Vietnam, and have since developed a program to conserve it, including removing hunting snares in the forest.

Lucky for scientists, there are more tools than ever to find missing species. They can use traces of DNA — the main approach to finding the Blanco blind salamander — or motion-sensing cameras. Ordinary citizens can also get involved, for instance by uploading sightings of animals on a hike to an app like iNaturalist.

“There are so many more technologies out there that are helping us rediscover animals,” Long told me last fall. “Historically, it would have taken months of trudging around wilderness areas to try and find them.”

If nothing else, finding lost species is about injecting a bit of hope into the movement to conserve wildlife. Normally, we hear about species that have gone extinct. But not all rare species are extinct; they might just be missing.