The Tolkien estate has smote JRR Token — but the NFTs persist 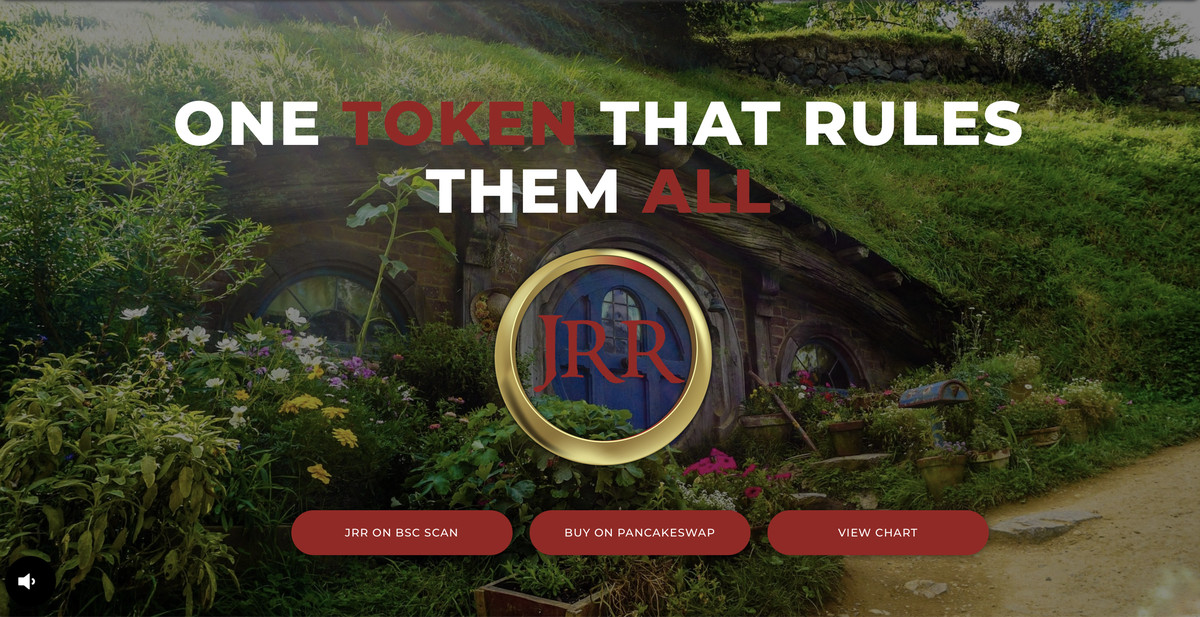 It seems our prediction that a Lord of the Rings-themed “JRR Token” cryptocurrency was destined for the fires of Mount Doom was accurate — the World Intellectual Property Organization (or WIPO) has declared that it violated a trademark belonging to the estate of author J.R.R. Tolkien, and ordered that one of the project’s web domains be transferred to that estate (via the Financial Times).

If you’re unfamiliar with JRR Token (not Tolkien), here’s the lore — it was a cryptocurrency project that drew heavy inspiration from The Lord of the Rings. Its tagline was “The One Token That Rules Them All,” its website featured Tolkien-esque imagery of rolling hills and wizards, and there was even a promotional video featuring an actor from the movies making Hobbit puns and claiming that the token was going “to the moon.” It promised a bunch of financial features called “Tokenomics,” the actual details of which were left annoyingly unclear by its (Lord of the Rings-themed) white paper and website.

As many, many people predicted, all this didn’t sit well with the famously litigious Tolkien Estate — it filed a complaint with WIPO on August 7th, the day after the tokens went on sale. The estate claimed that the project’s site, jrrtoken.com, violated its trademarks, and provided paragraphs of detailed explanations about how the website was infringing on The Lord of the Rings. Honestly, though, you can probably get the gist by just looking at a web archive or screenshot of it.

(Note: the project also had another site, thetokenofpower.com — based on Wayback Machine archives, the two sites appear to have had the same content, but only the former is mentioned in WIPO’s writeup. Neither site contains information about the token anymore.)

In its defense, lawyers for the token attempted to argue that people wouldn’t confuse JRR Token with JRR Tolkien because the “L” and “I” in Tolkien are “conspicuously absent” in Token, and the two phrases are pronounced differently. The response also reads, in part:

J R R TOLKIEN is not confusingly similar to JRR TOKEN. The former is a surname used as a trademark and the latter is an English word meaning a form of digital currency.

Strangely, the WIPO panel (not to be confused with the Council of Elrond), wasn’t convinced by these arguments, or by the ones saying it was meant to be a parody — it said in its decision that the domain name was registered “in bad faith,” and that it “was selected for the sole purpose of creating a false association with” author J.R.R. Tolkien. All the Lord of the Rings references and imagery on the token’s website didn’t help the project’s case either, according to WIPO, nor did the fact that it was a commercial enterprise.

The panel also said that the developer’s alternate explanation that the “JRR” in “JRR Token” actually stood for “Journey through Risk to Reward” was probably bogus, given that the phrase didn’t seem to be used on the site. In its own words:

It is not clear to the Panel what “Journey through Risk to Reward” actually means, and why the term “journey” is relevant to the purchase of tokens.

“There is no doubt that the Respondent was aware of Tolkien’s works and created a website to trade off the fame of these works,” reads part of the WIPO’s decision.

According to The Guardian, the Tolkien estate is now working to “delete any infringing online content” — and indeed the token’s Twitter account, YouTube channel, and websites appear to be gone. To misquote The Fellowship of the Ring’s opening scene: one by one, JRR Token’s sites and social media accounts fell to the power of international copyright law.

But, as they say, there were some that resisted.

Like The One Ring in Tolkien’s story, the token has survived after a fashion — in the form of an OpenSea collection. Of course there are JRR Token NFTs, and if you thought the main project was blatantly biting LotR just wait until you feast your eyes on these (akin to how Gollum disgustingly feasts on a live fish in that one scene I still hate watching).

NFTs allow you to buy and sell ownership of unique digital items and keep track of who owns them using the blockchain. NFT stands for “non-fungible token,” and it can technically contain anything digital, including drawings, animated GIFs, songs, or items in video games. An NFT can either be one-of-a-kind, like a real-life painting, or one copy of many, like trading cards, but the blockchain keeps track of who has ownership of the file.

NFTs have been making headlines lately, some selling for millions of dollars, with high-profile memes like Nyan Cat and the “deal with it” sunglasses being put up for auction. There’s also a lot of discussion about the massive electricity use and environmental impacts of NFTs. If you (understandably) still have questions, you can read through our NFT FAQ.

Interestingly, the NFTs weren’t mentioned in the WIPO’s case write-up, though the timeline may offer some insight into that. As previously noted, the Tolkien estate filed its complaint in early August, and the NFTs weren’t advertised on JRR Token’s website until sometime between August 31st and September 11th, according to captures by the Wayback Machine.

Looking at the blockchain gives us even more precise timing — OpenSea shows that the NFTs were minted on August 31st, and were either listed for sale or transferred to other accounts on September 1st. That is, by the way, is the exact same day the WIPO’s report says that JRR Token filed its response to the complaint. I pray that someday I’m granted the confidence (but not the audacity) of the person who creates NFTs with characters from Lord of the Rings while fighting an infringement complaint from the Tolkien estate.

I’m not sure what will end up happening to the JRR Token NFTs, though I don’t imagine the Tolkien estate will be happy if it finds out about them. As for the rest of the project — if I’m honest, this is pretty much exactly what I expected to happen. The Eye of Sauron may be ever watchful, but the eye of The Tolkien Estate is even more so — and no mere token can be expected to resist the powers of the WIPO.