These pole-mounted EV chargers let down their joules 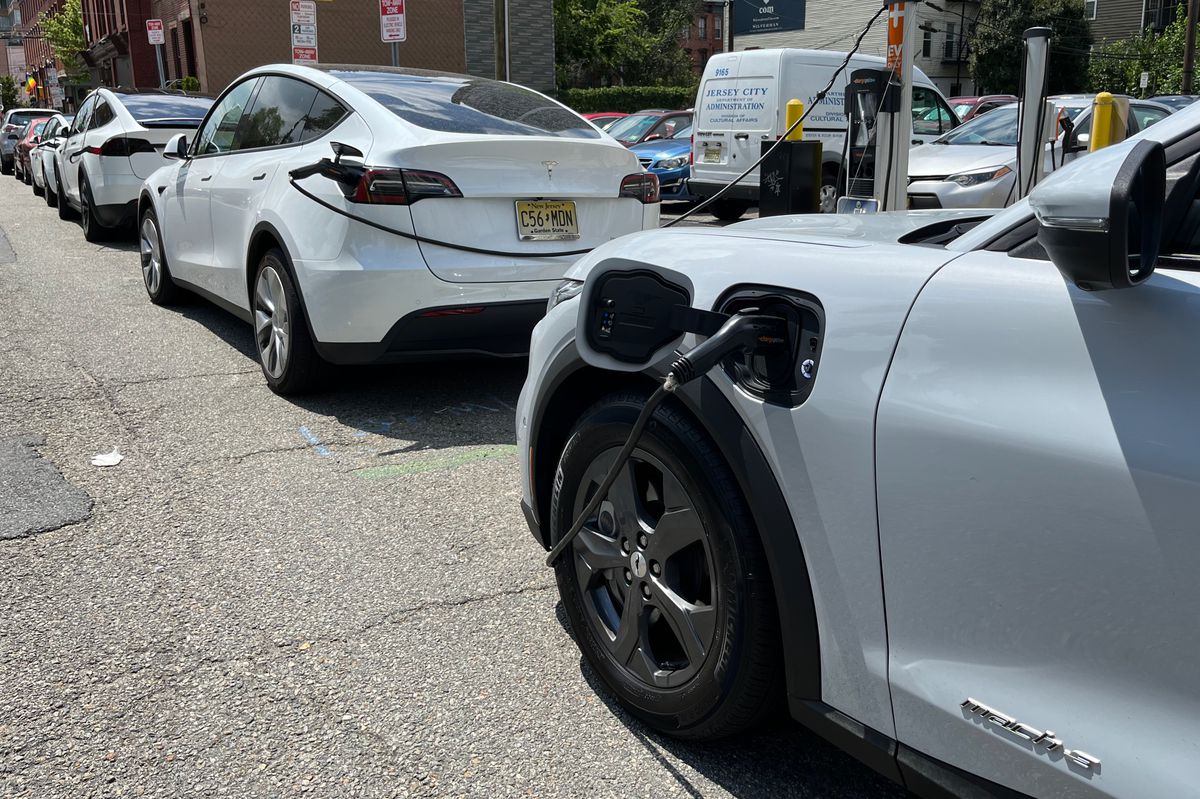 Electric utility poles do a lot for us: they power our homes, take nails for our yard sale and lost cat signs, and shine light for our streets at night. But arguably their greatest contribution yet is helping EV owners juice up their cars. We’re talking about pole-mounted EV chargers, an awesome and apparently feasible public charging solution found in a few places like Melrose, Massachusetts, which recently installed several with the help of the local utility, National Grid.

The utility company worked with the city of Melrose to install the elevated chargers around town, helping EV owners who otherwise don’t have access to a garage or private parking space with dedicated charging. And according to the company, these charging stations reduce installation costs by 70 percent compared to traditional ground stations.

Melrose is the first city in the East Coast to have pole-mounted electric vehicle chargers, mounted at 10 feet in convenient locations throughout the community. pic.twitter.com/nkrjr7on0p

One of the biggest things standing in the way of mass EV adoption is the lack of a reliable charging infrastructure, and the only way to convince the public to buy an EV is to counteract that by installing more chargers. Being able to charge at home is the biggest benefit, but not everyone has the luxury of a private driveway.

And that’s the real beauty of these chargers: they’re cheaper to install and aren’t in anyone’s way. They don’t need to jump through a whole lot of red tape for ground space and wiring, and don’t necessarily require dedicated parking spots that could just get ICE’d anyway (a term used by avid EV drivers describing charge spots occupied by internal-combustion-engine vehicles). You can parallel park like you normally would, follow the same parking rules that everyone else does, and charge from a power source stemming from pre-existing infrastructure.

One of the pole-mounted charging locations is on Berwick Street, which is adjacent to a residential neighborhood where visitors would probably park to visit someone or stroll to the nearby town center. It doesn’t interrupt the bike lane that’s next to it, and since the cable automatically descends from above, it doesn’t get in the way of pedestrians either.

Plug and Play EV, an electric vehicle advocacy channel on YouTube, demonstrated how the system works. You park by the pole, download the AmpUp app (which provides the customer-facing interface for the charger), and scan the QR code on the pole to activate one of the two J1772 connectors. It will then lower itself far enough to grab. Then you can further extend it by holding the lock/unlock button on the plug. Once it’s close enough to your car, you can plug in and let the electrons flow. Parking is limited to three hours, but it’s otherwise free — all you pay for is the electricity, which is currently rated at $0.25 per kWh according to the Plugshare app.

These Rapunzel-like stations charge at up to 9.6kW, enough to boost a Tesla Model 3 another 100 miles in three hours. This is about the average expected speed of AC “Level 2” charging stations, and is more than enough juice for regular fill-ups.

There are almost 50,000 charging stations in the US, and about 45,000 of them are Level 2 — which is close to 100,000 stations short of matching conventional gas stations in the US. Over on the West Coast, Los Angeles is leading the pack with 431 streetlight chargers and 44 utility pole chargers installed in 2021, according to a WRI study on the stations.

In Massachusetts, National Grid is promoting an EV charging station program that helps businesses and municipalities install EV charging infrastructure like the pole-mounted ones, and is supported by the state’s own goals to reach net zero carbon emissions by 2050.

Massachusetts is currently working to pass a comprehensive climate bill that increases purchase rebates to $3,500 for both new and used EVs costing $55,000 or less, plus another $1,000 if trading in a gas vehicle. But the bill may be too ambitious for Governor Charlie Baker, who is concerned about its requirement to ban new sales on ICE vehicles by 2035.

The next step for other cities is to test out these pole-mounted chargers, and try to install them in places that could use them. As the WRI study on pole-mounted stations points out, cities need to plan and collect data to see if they can be successful wherever deployed. And if they aren’t working out on one pole, it’s relatively easy to move the charger somewhere else.

This is all part of a broader picture for clean transportation: chargers, bike lanes, and mass transit options can all help decrease local air pollution. But there are still other deployment challenges that the pole-mounted chargers could face, including NIMBYism, real estate turf battles, and questions about prioritization of car ownership in urban planning.

Some urbanist folks believe that existing street parking space where the chargers would go will continue to take space away from pedestrian sidewalks and bike lanes for cyclists. It all adds up to the mounting challenge of charging an EV in the city, but hopefully pole-mounted chargers will at least help make EVs more viable for those that still need cars.