We’ve rounded up all the best deals we could find on Jan. 9 — here are our top picks:

If you thought the holiday deals were dead and gone, you were mistaken. We’re kicking off this second week of 2023 with all sorts of deals on things like tablets, fitness trackers, gaming gear, streaming subscriptions, and even tax software. ‘Tis the season, after all.

For those looking to treat themselves after the holidays, may we present you with the best deals of the day? There’s a little something for everyone — especially those with resolutions for the year ahead. Keep on scrolling to shop our top picks for Jan. 9.

New all-time low price alert: the 9th generation iPad (64GB, WiFi)(opens in a new tab) is on sale for just $249.99 at Best Buy on Jan. 9. That’s $80 off its usual price and a new record low for the 2021 model. Amazon also had it on sale at the same price, briefly, but it already sold out. In other words, you’ll want to grab it ASAP if you’re interested. The 9th gen iPad features Apple’s A13 Bionic chip and a 10.2-inch Retina display that can help power you through most everyday tasks, whether you are streaming Netflix on a long flight or creating digital art at your desk. That’s why it’s our favorite tablet for most people.

Through Jan. 19, new Ubisoft customers can get a full month of the subscription service for just a dollar. It usually costs $14.99 per month, so you’ll save $13.99 to kick off a new year of gaming. Ubisoft+ is the game publisher’s own subscription service that works similarly to Xbox Game Pass or EA Play; subscribers get access to over 100 new and archive titles, plus a host of in-game rewards and downloadable content. It’s a great way for you to try out a bunch of new games without actually owning them. Of course, after your first month, your subscription will renew at full price, so you’ll have a decision to make: keep trying out new games every month for $14.99 or call it quits and buy them the old-fashioned way. 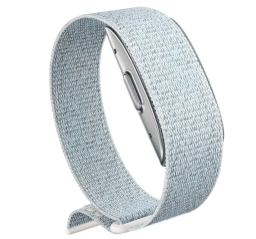 Want to keep track of your fitness regimen in 2023? This deal on the Amazon Halo Band makes it super affordable. Usually $69.99, you can slash $30 off and pick one up for only $39.99 — plus, by entering the code HALOFREEACCY at checkout, you can also snag a free accessory band. The screen-less tracker can keep track of steps, heart rate, sleep time and quality, and more. Then it generates reports based on the data to give you a bigger picture of your overall health. With your purchase, you’ll get six free months of the Halo membership (reg. $3.99/month), which unlocks deeper insights into your health and fitness.

4 Innovative Uses For Mixed Reality In L&D That Can Engage...

Anderson - 06/02/2023 0
Mixed Reality Examples That Are Transforming Learning eLearning is one of the most rapidly evolving industries, with new technologies replacing older ones faster than we...

Mixed Reality Examples That Are Transforming Learning eLearning is one of the most rapidly evolving industries, with new technologies replacing older ones faster than we...
Read more
E-Learning

An Overview Of Trending Online Courses The world of online education is constantly evolving and so are the courses that are offered. As technology advances,...
Read more
Education News

Jewish students at George Washington University and a pro-Israel group are accusing a diversity course teacher of antisemitism, and she has responded by saying...
Read more
Education News

Ben Sasse promised political neutrality as the incoming president of the University of Florida. But that may be impossible for the former Republican senator...
Read more
Education News