Home Feature news What on Earth is going on with Peloton?
Feature news

What on Earth is going on with Peloton? 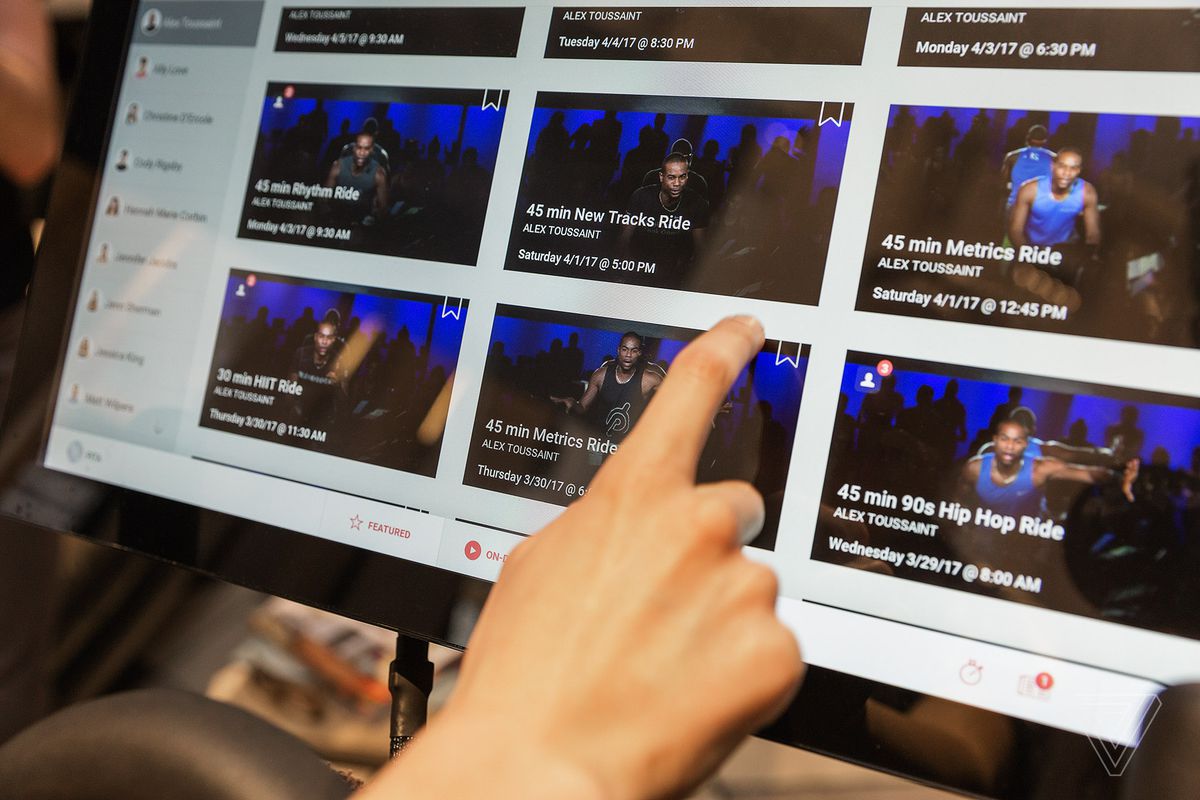 Things are a lot less rosy for Peloton these days. Once a pandemic darling, the connected fitness company has seen its stock price plunge in recent months. TV shows have turned its bike into a deadly punchline, and there’s been no shortage of rumors speculating which company should buy Peloton to save it from impending doom.

Then today, Peloton kicked off its Q2 earnings call with a flurry of news: the company has a new CEO. It’s eliminating 2,800 jobs globally, scaling back marketing, and putting the kibosh on its North American manufacturing ambitions. Altogether, it’s a grim picture that raises questions about whether Peloton can find a way out of this mess.

As a fitness tech reviewer, Peloton’s business woes are bewildering because the company has an excellent product. Its hardware, while pricey, is aesthetically pleasing and generally well constructed. The classes are engaging, and the instructors have their own devoted followings (especially Cody Rigsby). Peloton users are often referred to as a cult, to the point where the Tread Plus recall wasn’t enough to persuade some owners to return the product. While Peloton’s financial news has been doom and gloom as of late, CFO Jill Woodworth was quick to point out that engagement remains high with an impressively low monthly churn rate of 0.79 percent for Q2.

So how did Peloton, a company with a stellar product and devoted fan base in a rising connected fitness market, end up like this? The short story is Peloton overextended itself and failed to foresee weaker demand once gyms re-opened.

In 2020, Peloton’s supply chain was struggling to keep up with the unexpected surge in demand created by people suddenly eager to work out at home. Facing months-long fulfillment delays, Peloton decided to heavily invest in building out its manufacturing capabilities. It dropped millions to expedite shipping and another $420 million buying Precor, one of the world’s largest commercial fitness equipment makers. It spent another $400 million on a factory in Ohio. The company was positioning itself to rapidly build bikes and treadmills for a market that couldn’t get enough.

Then in 2021, Peloton’s success story began crumbling. Both its treadmills were publicly recalled after reports of several injured children, with one case resulting in death. Response to its forthcoming Peloton Guide strength training system was tepid. And demand for its products has slumped as some people headed back to gyms once quarantine restrictions lifted. The result has been Peloton’s market cap plummeting from a pandemic peak of around $50 billion to around $8 billion last week after it was rumored the company would halt production on all its products. That whole commercial debacle with Sex and the City actor Christopher Noth probably didn’t help.

At the center of this mess is Peloton founder and CEO John Foley. A few weeks ago, activist investor Blackwells Capital wrote an open letter demanding Foley be fired for steering Peloton off the proverbial cliff. Among the reasons listed were Foley initially refusing to cooperate with the Consumer Product Safety Commission on the treadmill recalls, hiring his wife as VP of apparel, making poor real estate commitments, failing to correctly anticipate consumer demand, and “upending the product roadmap he himself authored.”

You’d think, then, that the naysayers might be appeased with today’s news that Foley is stepping aside for Barry McCarthy, former chief financial officer at Spotify and Netflix. After all, Peloton is claiming that its cost-restructuring measures will save $800 million and reduce capital expenditures by $150 million this year. Plus, Peloton’s stock has gotten a nice bump from the news.

Not quite. In response to today’s news, Blackwells Capital released a scathing presentation that eviscerated the company’s leadership but zeroed in on Foley. It included damning quotes from Foley about how he goes months without talking to Peloton’s CTO and that he didn’t think his co-workers would have positive things to say about his leadership.

“This company is grossly mismanaged,” agrees Eric Schiffer, CEO of private equity firm Patriarch Organization. “I think it comes down to the fact that you have a CEO that’s just out of his league. He’s trying to run an operation that has the potential to be an incredible organization, but he is falling off the bicycle every time.”

Schiffer went on to say that there was a “painful delusion” that circulates around Foley and that the best thing the CEO could do was leave. Regarding McCarthy, Schiffer noted that the appointment didn’t inspire confidence, as his experience is primarily that of a CFO. Furthermore, Schiffer says nothing’s changed, given that Foley will likely continue to call the shots from behind the scenes as executive chairman. “To me, the brand is on this operational kiss of death. They can slap whatever bandaids they want on this, but it remains catastrophic in the underlying forces and the leadership.”

That’s why investors have been frothing at the mouth over a potential sale. You’ve got a great brand and product with enormous growth potential — if you could get the right person (or company) in charge.

There’s just one problem: Foley doesn’t seem keen on selling. At least, not yet. Foley might not be CEO anymore, but he and his crew control 80 percent of the voting power at Peloton. In short, no sale is happening without Foley agreeing to it.

Foley seems to prefer a future in which his company stays independent, even if investors are eager to see it sold off. Before the Q2 earnings call, Foley told The Wall Street Journal that he and McCarthy, the new CEO, together can “make a complete grown-up and build a really remarkable business.” While analysts tip-toed around the subject during today’s investor call, Foley repeatedly emphasized that he believes Peloton still has opportunities to grow.

It’s not impossible for Peloton to succeed as a standalone company if it sticks to the plan outlined today, says Julie Gillespie, head of market research at TipRanks. “They’re scaling back; they’re winding down development of their own plant, sticking with current providers, cutting costs, cutting employees — I think they can get back to a place where on their own, they’d be profitable. We’re just going to see a much smaller growth trajectory.”

And that’s where the real problem might lie. Peloton says it won’t see the benefits of these measures until the second half of 2022. For these corrective actions to work, it’s also going to require patience from investors and customers. The Peloton diehards aren’t going anywhere — and experts agree connected fitness is here to stay. In the long run, there’s reason to be optimistic about Peloton’s future, even if that means modest growth. But the investors want their piece of the pie, and their patience is in short supply.

According to Gillespie, as soon as companies like Apple, Amazon, Nike, and Disney were floated as Peloton buyers, “people went nuts.” In a sense, Peloton’s become the victim of its own meteoric success. “Investors expect that hype and excitement, and there is a lot of pressure to maintain that versus slow and steady long-term growth. These last couple of years, the patience is not there.”

Schiffer agrees. While Peloton could choose to slow things down, it’d make investors unhappy, as that likely means a lower valuation and, therefore, less profit. For that reason, Schiffer believes it’s not likely that investors will give up on pushing for a sale.

“I think you’re going to continue to see a bloodbath and a slow bleed out with Foley and the leadership, but at some point, investors will pressure him to get out.”

So the question isn’t whether Peloton can right the ship. It can, and it probably will. It’s a question of whether it does so as an independent company. Right now, only Foley really knows.