When Ed Sheeran popped up on my TikTok For You Page earlier this week, I was hit with a gust of emotion so powerful I felt like I was forcefully thrown back to 2012.

In the video, user @niccoya says she doesn’t know, “who made the executive decision that we all hate Ed Sheeran, but you know what? I’m finna stand my ground. I like that little leprechaun.” Sheeran duetted the video and nodded in agreement. “Yes, thank you!” After some more compliments, the two sang “Lego House,” his hit 2011 song from his album +, together.

I spent the majority of my time in high school moving down a dangerous road of obsession with Ed Sheeran. I ran a fan Tumblr blog when I was 15. I made my mom drive me three hours both ways, twice, to see him play live. I had him sign one of my shirts. I learned how to download his earlier work from YouTube onto my phone. I wrote an entire show for my saxophone choir based on his music alone.

When I went to London after graduating high school, it was my one and only wish to go to Nando’s, which Sheeran said was his favorite fast-food joint. I remember this because he participated in a violently cringey freestyle about the peri-peri chicken at Nando’s. When I watch this video now, I have a physical reaction of cringe. But at the time? Peak comedy.

I loved his entire discography, but was particularly into his cover of Ginuwine’s “Pony,” and wanted to get a paw print tattoo on my foot — similar to the one he has on his guitar — in 2012.

And then, once I started college, I realized not everyone adored him as much as I did. He hadn’t done anything wrong, but he was cringey — and as a college freshman, I couldn’t risk being cringey by association.

He hadn’t done anything wrong, particularly, but he was cringey — and as a college freshman, I couldn’t risk being cringey by association.

There’s no one way to become cringe, but for Ed Sheeran, I’m sure it was a mix of a lot of unfortunate choices that collided to create one of the cringiest artists today. In 2010, he released Loose Change, the EP that featured his future debut single, “The A Team.” At this point, people loved him. His first studio album, +, received critical acclaim. He wrote music for One Direction, was working with Taylor Swift, and was eventually nominated for multiple Grammy Awards. This seemingly swift rise to the top of his professional life was met not with love, but with cringe from the public.

I’m not sure if it’s because of his terrible tattoos, or his real inability to nail an interview, or because he became so mainstream that he no longer had to prove himself and, thus, his music became worse. Reddit users argued it could be because he spent a ton of time at the top of the charts, or that it was because he seemed too competitive. According to VICE, it’s his inoffensiveness that makes him offensive.

Now, nearly a decade after my obsession began settling, I predict an Ed Sheeran comeback. Not because his music is getting better (it is not) or because he’s working on anything groundbreaking or new (he is not) or because more people will begin to enjoy his work (they will, in all likelihood, not), but because that is the trend of cringe we’ve seen with so many artists, movies, and TV shows before him. They start off beloved, the public calls them cringey, and then they return to the cultural zeitgeist more beloved than before.

Now, nearly a decade after my obsession began settling, I predict an Ed Sheeran comeback.

“We’re in this time where people are embracing cringe,” Amanda Brennan, a meme librarian and the senior director of trends at XX Artists, a digital marketing agency, told Mashable for a story in August.

Now, I’m not talking about “cancel culture” here. There are plenty of reasons to change your approach to consuming media that has nothing to do with cringe: like refusing to watch Harry Potter anymore because of JK Rowling’s transphobia or no longer listening to the band Brand New because of Jesse Lacey’s sexual misconduct accusations. But there are plenty of differences between canceling an artist for doing something terrible and discovering the public thinks one of your favorites is cringey.

Take Twilight or Glee. When they were released, there was an obsession — led predominately by the unmatched primordial force of teen girl infatuation — that held us all by our necks. The early aughts brought us Mumford & Sons and Nickelback, whose rabidly obsessed fanbases led cultural discourse for years. Then, as many things do, we all realized it is cringey. They were popular at the time, but, with hindsight intact, many of us winced in the same way we might wince when we see the fits our younger selves sported at Warped Tour. 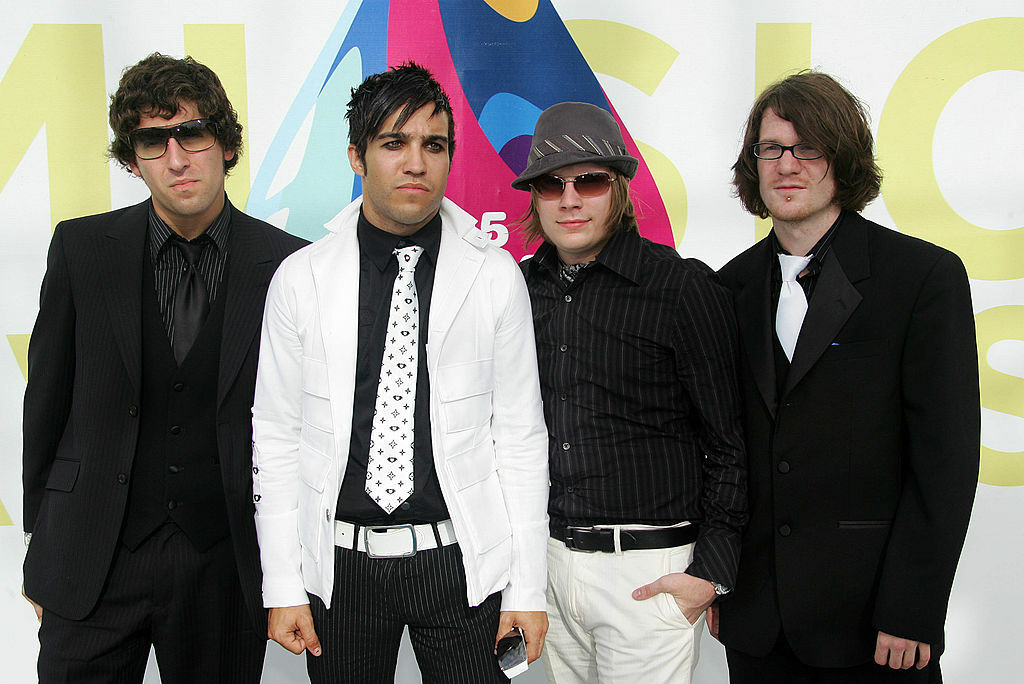 Cringiness knows no bounds: It could have been the dialogue in a movie, the outfits we wore at the time, the storytelling, the lyrics, or even the fandoms that were cringey. And once that starts happening, once you notice that society as a whole does not agree with your love for an artist or a show or a film, you have, in my mind, three options: double down and love them even more, give up and join the public consensus, or love them quietly.

For my part, with Ed Sheeran, I took the option of loving him quietly. Eventually, I aged out of my obsession and his work got decidedly less good — to me, and to critics before his most recent album. You could also simply give up and join the public consensus, a choice I have made dozens of times for less and more impactful issues than if a rich singer-songwriter is cringey or not. Arguably, the most bold and authentic choice, is to double down and love them louder.

There’s a final option here, too: Stop giving a fuck. You can also just enjoy something without having to double down, or hide it, or cower to public opinion. And, despite the public seemingly hating Ed Sheeran, it seems like that’s what they’re doing. His albums are still doing incredibly well on streaming services, and his music still gets played on the radio. His apparent cringiness didn’t make him lose money or even popularity. He still has diehard fans, too.

And, if you’re lucky, public opinion will turn back in your favor. Twilight is becoming cool again. Glee is having a resurgence. Next up: Ed Sheeran.