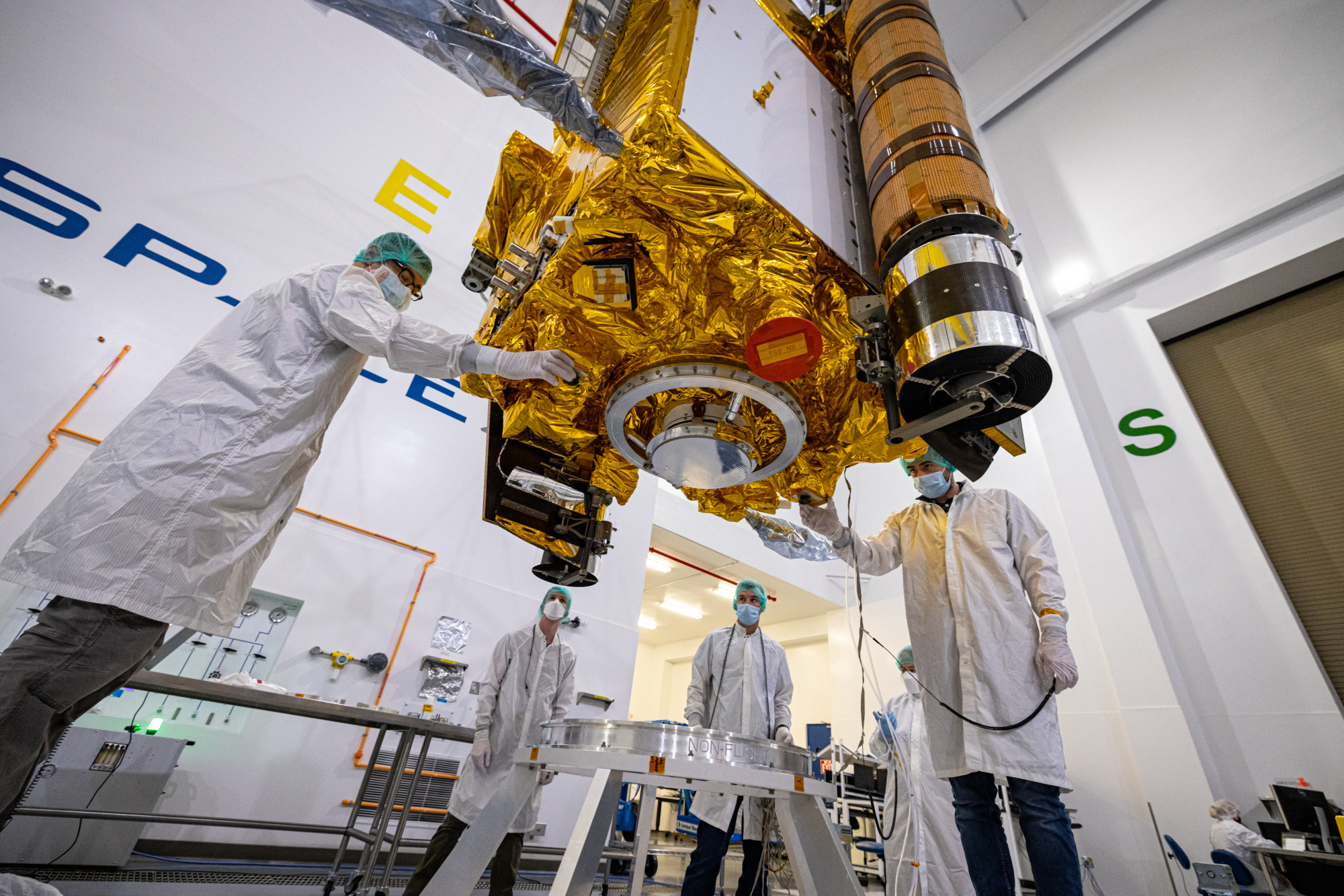 Since November 2021, a NASA spacecraft the size of a vending machine has zipped through space on a never-before-attempted journey of self destruction to ram into a harmless asteroid.

Why, you ask? Target practice.

Now the DART spacecraft, short for Double Asteroid Redirection Test, is just a week away from landing its blow, crashing head on into Dimorphos, a 525-foot space rock about the size of the High Roller ferris wheel in Las Vegas, zooming at 14,000 mph. For the U.S. space agency, intentionally destroying this $330 million metal box is part of its first planetary defense mission — training for the day humans may need to stop an asteroid barreling toward Earth.

What exactly will engineers see from the mission operations center at a distance of 6.8 million miles from the crash? Perhaps more than you’d think, and NASA plans to share its front-row seat with the rest of the world.

Pictures from a camera, the only instrument on the spacecraft, will come back live before the collision. NASA plans to broadcast the mission starting at 6 p.m. ET on Sept. 26 and share the images publicly as DART beams them down, right up to the 7:14 p.m. impact.

But don’t expect the hit to look like a planet obliterating in the sky, Armageddon-style, with glowing space ripples and chunks of rock blowing off, intermixed with close-ups of Bruce Willis’ pained face. The spacecraft, at some 1,300 pounds, is going to give Dimorphos more of a nudge than annihilation — a type of strategy intended to shove an asteroid off a collision course without creating a massive spray of debris that could be dangerous in its own right.

“Sometimes we describe it as running a golf cart into the Great Pyramid,” said Nancy Chabot, who oversees the project at Johns Hopkins Applied Physics Laboratory in Maryland. “This really is about asteroid deflection, not disruption.”

“Sometimes we describe it as running a golf cart into the Great Pyramid.”

Like a moon, Dimorphos orbits another larger asteroid, Didymos. The pair makes an oval-shaped orbit around the sun, stretching from beyond Mars to just outside Earth’s orbit. It takes about two years for them to make a complete loop.

Though Dimorphos won’t explode, the smack of the spacecraft will leave a crater and blast up to 220,000 pounds of pulverized rock into space.

The sharp spacecraft images should be “spectacular,” Chabot said, with a new one snapped every second.

At first, people will see the asteroid as a mere point of light. That speck will eventually grow in the frame, until the DART spacecraft goes kaput.

“It will start filling the field of view … at about two minutes out and closer,” Chen said. More pictures will come afterward from a toaster-size spacecraft supplied by the Italian Space Agency. The LICIACube will fly by the disaster site three minutes later and capture shots of the collision and debris with its two cameras. Those first pictures from the aftermath won’t be available for a few days, with more to follow over weeks and months.

Scientists also will try to observe the crash with space telescopes Webb and Hubble, along with the Lucy probe, a spacecraft on a 12-year asteroid tour in the outer solar system.

But none of these instruments will tell NASA how much DART moved the asteroid. For that, the team will need ground-based telescopes to take measurements. Dimorphos goes around its bigger companion Didymos every 11 hours and 55 minutes. With observatories on Earth, scientists hope to confirm the collision bumped it closer, making its orbit somewhere in the neighborhood of 10 minutes shorter.

Millions of asteroids orbit the sun. They’re the rocky rubble left over from the formation of the solar system about 4.6 billion years ago. The majority are in the main asteroid belt between Mars and Jupiter, but occasionally rocks get nudged into the inner solar system.

Such stray asteroids rarely come close to home, but at least three have caused mass extinctions throughout history, the most notorious of which wiped out the dinosaurs.

Today astronomers watch for space rocks in the 30 million-mile vicinity. There are currently no known asteroids on an impact course with Earth. Scientists are, however, keeping an eye on 30,000 large objects out there — including 10,000 about 460 feet wide or larger — a size big enough to devastate a city or region if it were to become earthbound. They estimate there could be 15,000 more waiting to be discovered. 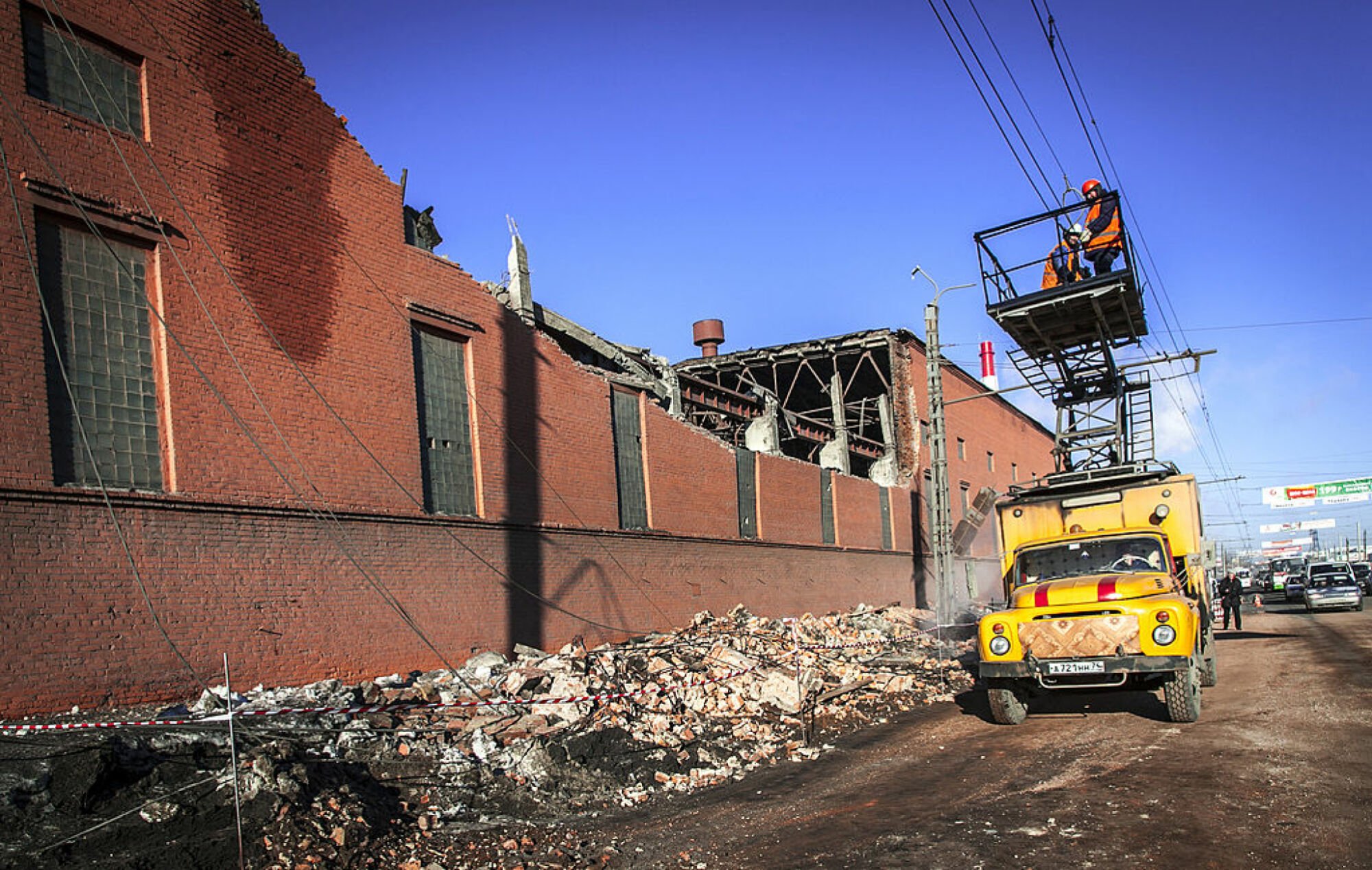 Workers repair a power line near the wall of a local zinc plant which was damaged by a shockwave from a meteor in Chelyabinsk, Russia, on Feb. 15, 2013.
Credit: Oleg Kargopolov / AFP via Getty Images

But even smaller rocks can cause a lot of harm. An undetected meteor exploded over Chelyabinsk, Russia, in February 2013, causing an airburst and shockwave that affected six cities. About 1,600 people were injured in the blast. The rock was just about 60 feet across, according to NASA.

While there’s no immediate threat to the planet known, NASA believes tests such as DART are necessary studies to protect life on Earth in the future.

“This is what you would want to do for planetary defense,” Chabot said. “You’re trying to just give something a small nudge, which only changes its position slightly, and that adds up to a big change in position over time.”