Home Technology What’s the point of all these scammer stories?
Technology

What’s the point of all these scammer stories? 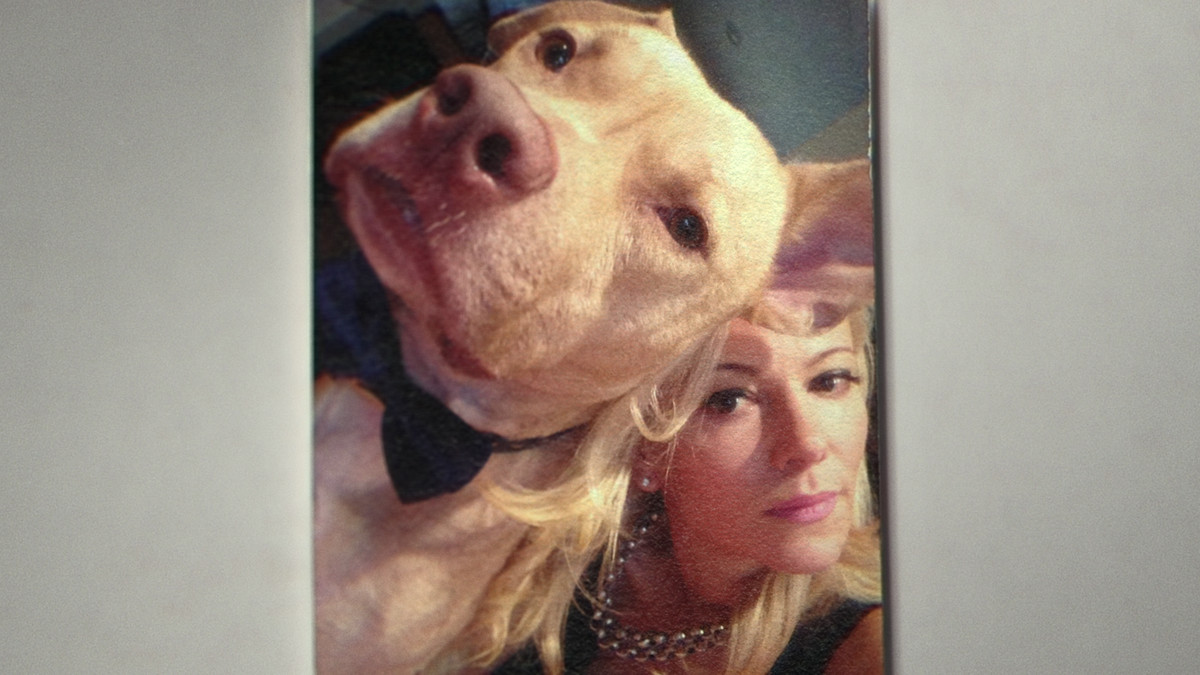 Any given night, you can plop onto the couch and gorge yourself on the true tales of people who got taken in, sometimes inexplicably, by someone’s charisma: a lady with a biblical diet plan, a sweaty spiritual guru, a dude throwing a big party in the Bahamas, some guy with a bunch of exotic cats in his backyard.

But it’s weird how few of these series — from Tiger King to LuLaRich to The Vow — manage to make you really understand the appeal of their central grifter, guru, or con artist. The trend started with docuseries, but many of the same tales have graduated to docudramas, where the central problem gets even more confusing. Inventing Anna, the Netflix series in which Julia Garner, using an accurate but bizarre rendering of scammer Anna Delvey’s accent, so fascinates a whole bunch of reasonable people that they get sucked into her orbit, is perhaps the most egregious in this respect. The series takes for granted that we find Anna entrancing, while portraying her as abrasive and annoying without anything particularly interesting to say. By the end of the series, we’re listening to her lawyer and the journalist investigating the case talk as if she’s Jedi mind-tricked them into slavishly following her every whim. Having watched the whole show, it’s impossible to buy into it.

The only explanation available is that they’re just stupid, and yet, you know it can’t be that; after all, Delvey is also the subject of an episode of HBO’s series Generation Hustle, as well as an upcoming docuseries. It seems more that the show doesn’t know why it exists. Maybe the whole genre doesn’t. Why tell (and retell and retell), on glitzy streaming services and with movie stars and fancy sets, tales of people who defrauded their investors and hurt their friends? What’s the point? In the case of Inventing Anna, the answer is some ethically muddled, bizarrely patronizing mumbo-jumbo about how women are punished for doing things that men get away with. Okay? Is that all?

Thankfully, no. And not every one of the many, many, many series that have come out about cult leaders, scammers, con artists, and, lately, tech entrepreneurs is as mystifyingly bad as Inventing Anna. There were the double Fyre Festival docs, back in 2019, along with the very intriguing HBO series The Inventor: Out for Blood in Silicon Valley, about Elizabeth Holmes and Theranos. But pandemic-era entertainment seems particularly marked by documentary series about grifters and con artists: Tiger King, Love Fraud, LuLaRich, The Vow, WeWork: The Making and Breaking of a $47 Billion Unicorn, The Way Down, and a whole bunch more. To those you can add the newer, lightly fictionalized docudramas alongside Inventing Anna, like WeCrashed (Jared Leto as WeWork founder Adam Neumann), Super Pumped: The Battle for Uber (Joseph Gordon-Levitt is Uber cofounder Travis Kalanick), and The Dropout (Amanda Seyfried plays Theranos founder Elizabeth Holmes). It felt weirdly of a piece when, last year, Real Housewives of Salt Lake City’s Jen Shah suddenly turned out to be running a scam of her own.

Each retells a story, sometimes a very familiar one, often looking for the reasons the fraud or con or cult succeeded in the first place. People wanted to belong. They were suckered by privilege. They wanted money. They want independence or direction or power.

But that doesn’t quite explain why we are watching. Schadenfreude is one explanation; it’s meanly fun to watch people get suckered into a scam, and even more fun to watch the scammer get taken down. As with certain genres of reality TV, the enjoyment is in the self-comparison: Man, my life is a mess, but at least I’m not in a sex cult, or a pyramid scheme, or stranded on a beach with a cheese sandwich, or married to a guy with 17 secret wives.

But Netflix’s new series Bad Vegan, in a formal trick, taps into something new, and gives hints of where a good scammer show could go.

The four-part documentary series, now streaming on Netflix, feels like a genre goldmine. The truly bonkers tale of high-end restaurateur Sarma Melngailis, once the proprietor of the now-defunct New York vegan hot spot Pure Food and Wine, sounded like a traditional scammer story when it was in the headlines. New York’s “hottest vegan” takes off with her husband and a huge pile of money stolen from her employees, who are left empty-handed. She’s only taken down when she orders, of all things, a Domino’s pizza to the Tennessee hotel room where they’ve been hiding out.

But oh boy is it a lot weirder than that. The details are best unfolded in the documentary, in which Melngailis, looking frail and dejected, is the main narrator, telling her own story. A chorus of voices — family, friends, former employees — corroborate and sometimes conflict with her account, but the basic outlines are maintained: Naturally shy and a loner, Melngailis fell under the sway of a man she met on the internet. He is either delusional or the world’s biggest liar, or both. He spun a tale involving a shadowy group of ethereal beings he called “The Family,” whom she had to pass a series of tests to join; he claimed he could make her dog immortal; he promised fabulous wealth and comfort beyond her wildest dreams, and she bought it all, and with it, her own personal hell.

There’s more than that, which is why this series is four hours long. Directed by Chris Smith (who also made Netflix’s Fyre: The Greatest Party That Never Happened and is reportedly tackling the crypto thief case next), Bad Vegan paces its reveals expertly, so every time you kind of think you know where this is going, it takes a screeching left turn.

Yet the fascinating train wreck vibe these shows share isn’t, in the end, the real point of Bad Vegan. As with Smith’s take on the Fyre Festival, the series is less interested in the schadenfreude and more fascinated by the whys. Why would someone accomplished, beautiful, and successful like Melngailis be taken in by such a seemingly obvious grifter? Why, when the bloom had rubbed off, would she stay with this abusive man? What does it mean that she’s willing to talk with a documentarian working for Netflix about it now?

In some ways, this matches what the excellent series The Dropout, about Theranos founder Elizabeth Holmes, manages to do. You won’t finish The Dropout understanding exactly how the glitzy and powerful investors she attracted to her company failed to do their due diligence before continuing to support the company. But you do understand why, at least a little — the appeal that this young, ambitious woman had for mostly older men; the way she represented a feeling of energy and vitality. (It’s certainly no accident that many of these stories feature attractive young white women.)

In Bad Vegan, the beautiful young woman isn’t the scammer; she’s the scammed. And to make you get inside her head, Smith pulls a cool trick. A talking head introduced early on seems like perhaps a surprising get for the documentary. When the truth about the character is revealed, suddenly we feel at least a little bit as gaslit as Melngailis did.

To be sure, certain aspects of Melngailis’s life and personality made her particularly susceptible to her particular scammer. But that destabilizing effect goes a long way toward a reminder that all of us, presented with someone confidently asserting that something is true, tend to just kind of believe it.

Bad Vegan isn’t quite content to let us rest there. After four hours of the show — listening to Melngailis explain her story, seemingly as a reliable narrator — the series takes a turn, and spends its last 10 minutes casting doubt on the whole thing. Is the tale we were just told the full truth? Or have we, too, been a little bit scammed?

If your goal in watching a scammer series is to feel a little better about yourself, then that turn could be infuriating. If that’s your goal, though, there are plenty of shows that fit the bill, and such a popular genre could serve better ends than a little satisfied smile at others’ expense. It could remind us that we’re all susceptible, and to let us feel a little compassion toward people who fall for it. By not just telling us about the scam, but letting us feel a little of it ourselves, Bad Vegan gives us something less smug — and a little more of a story worth telling.