Where are Ukrainian refugees going? 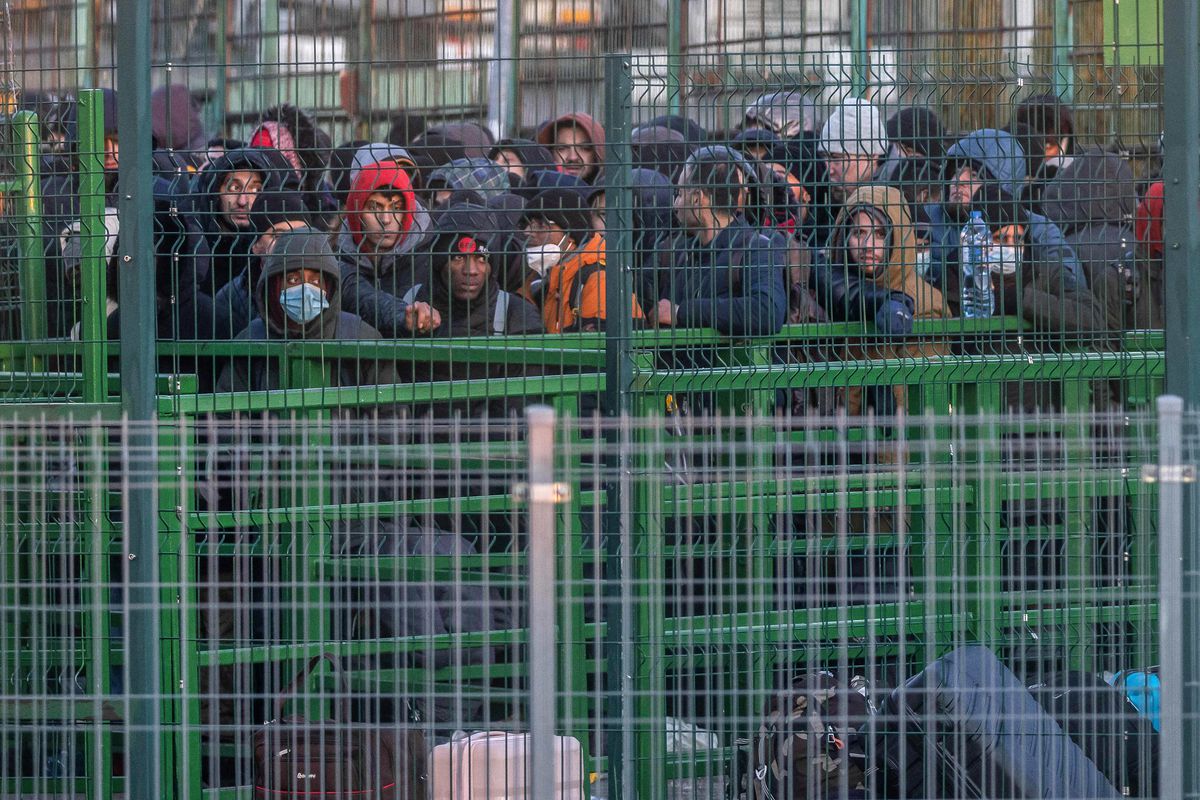 The number of Ukrainians who have fled Russia’s war on their country surpassed 1 million on Thursday, and that number is rising hourly.

“I have worked in refugee emergencies for almost 40 years, and rarely have I seen an exodus as rapid as this one,” United Nations Commissioner for Refugees Filippo Grandi said in a statement Thursday.

European governments and humanitarian organizations have been planning for their arrival for weeks, but the number of refugees has surpassed those expectations. The UN has projected that 4 million Ukrainian refugees could arrive in neighboring countries just in the coming weeks.

Such a heavy influx would be a “huge burden for receiving states and would no doubt stress reception systems and related resources,” Grandi said during a United Nations Security Council meeting on Monday.

So far, at least 505,000 Ukrainians have gone to Poland, 139,000 to Hungary, 97,000 to Moldova, 51,000 to Romania, 72,000 to Slovakia, and 90,000 to other European countries. Nearly 48,000 have also gone to Russia and a few hundred have gone to Belarus. Most of the refugees are women and children, including a growing number of unaccompanied children. Ukraine has conscripted men between the ages of 18 and 60 to fight, prohibiting them from leaving.

The refugees are arriving by crammed-full trains, by car, and even on foot after walking for dozens of miles, waiting in long lines at the borders to reach safety, and bringing whatever they could fit in their suitcases if they had time to pack. Those who can afford it have found their own accommodations, but others are staying in government-run shelters, hotels paid for by private companies, churches, or with their families or ordinary citizens who have offered to take them in.

Right now, with help from the international community, Ukraine’s neighbors are managing to handle the refugees they’re receiving. But in order for them to continue to do so successfully, they’ll need a lot more supplies and money, and quickly.

Neighboring countries have kept their borders open, unlike in other migrant crises in the recent past. But actually crossing the border is still an arduous process.

Though Poland is accepting refugees without a passport, there have been miles-long lines at border crossings where people have had to wait as long as 60 hours to be processed in freezing temperatures and have been sleeping in their cars, if at all. The traffic has gotten so bad that the Polish government has asked volunteers not to show up at the border unless they’ve made arrangements to meet refugees ahead of time.

Earlier this week, the UN also reported a 20-hour queue in Romania, and it’s taking 24 hours to drive the roughly 60 kilometers that separate Odesa from Ukraine’s border with Moldova.

There have been reports of Black refugees, many of them third-country nationals who were students in Ukraine, facing difficulty crossing. At the Polish border, some Ukrainian guards sent Black people to the back of the line last week, saying that “Ukrainians” took priority. Polish authorities have said that anyone who shows up at the border is being allowed to cross.

“We strongly condemn this racism and believe that it is damaging to the spirit of solidarity that is so urgently needed today,” Kenyan Ambassador to the UN Martin Kimani said Monday at the security council meeting.

Ensuring that refugees in line have adequate access to food, water, and medical support is also a problem. One Nepalese man who had been studying in Ukraine said he had not eaten anything for three days while waiting to enter Poland, and an older woman died at one of the border checkpoints, according to the Washington Post.

NGOs have tried to help. Chef José Andrés’s World Central Kitchen, for instance, handed out 4,000 meals over the course of 18 hours at Medyka, currently Poland’s busiest border crossing. The Polish authorities have also tried to streamline processing, but the resources and personnel at their borders just aren’t equipped to deal with the current volume of arrivals.

The European community has mobilized to ensure that Ukrainians have a place to stay in both the short and long term. Local governments created temporary shelters, and civilians are welcoming refugees into their homes. The EU also asked all 27 member nations to grant asylum to all Ukrainians for up to three years, which would give them access to social services and permission to work. EU Commissioner for Home Affairs Ylva Johansson said Sunday that an “overwhelming majority” were in favor of doing so, but did not specify which countries opposed the measure.

In Poland, where roughly half of Ukrainian refugees have gone so far, new arrivals are being transported via tour buses to one of nine reception centers, where they are being provided meals, medical care, beds, and information and legal services. In the town of Korczowa, for instance, a makeshift shelter with folding cots has been set up inside a warehouse. There, refugees can also meet up with family; Poland was already home to about 2 million Ukrainians before Russia’s most recent incursion.

Private companies have funded accommodations for Ukrainians, too. Airbnb, for instance, has offered free short-term housing for up to 100,000 Ukrainian refugees and is working with countries in the region to arrange long-term stays. There is also an online directory of hotels and hostels that have openings for refugees.

The government, citizens, and private companies will have to continue to ramp up capacity to prepare for even more arrivals, but other EU states have promised to share responsibility by also taking in refugees.

The needs of the Ukrainian refugee population in Europe will likely only balloon in the coming weeks, and meeting those needs will require money.

The UN, which has set up a Ukraine Humanitarian Fund, has requested a preliminary $550.6 million from member states in addition to the $190 million it had already sought to help support reception efforts in neighboring countries. Humanitarian groups are still assessing the most pressing gaps in assistance, but that money would go toward shelter, emergency relief items, and cash assistance, as well as mental health and psychosocial support for refugees.

For its part, the US has recently approved $54 million in humanitarian aid for Ukraine, and Congress is considering issuing another $2.9 billion. Every day that lawmakers deliberate, however, delays the delivery of aid.

The European Commission has also said that its commitment of 90 million euros in aid on February 28 is just the beginning.

“So far, [the needs of Ukrainian refugees] have been met, though I am seriously concerned about the likely further escalation in the number of arrivals,” Grandi said Monday.