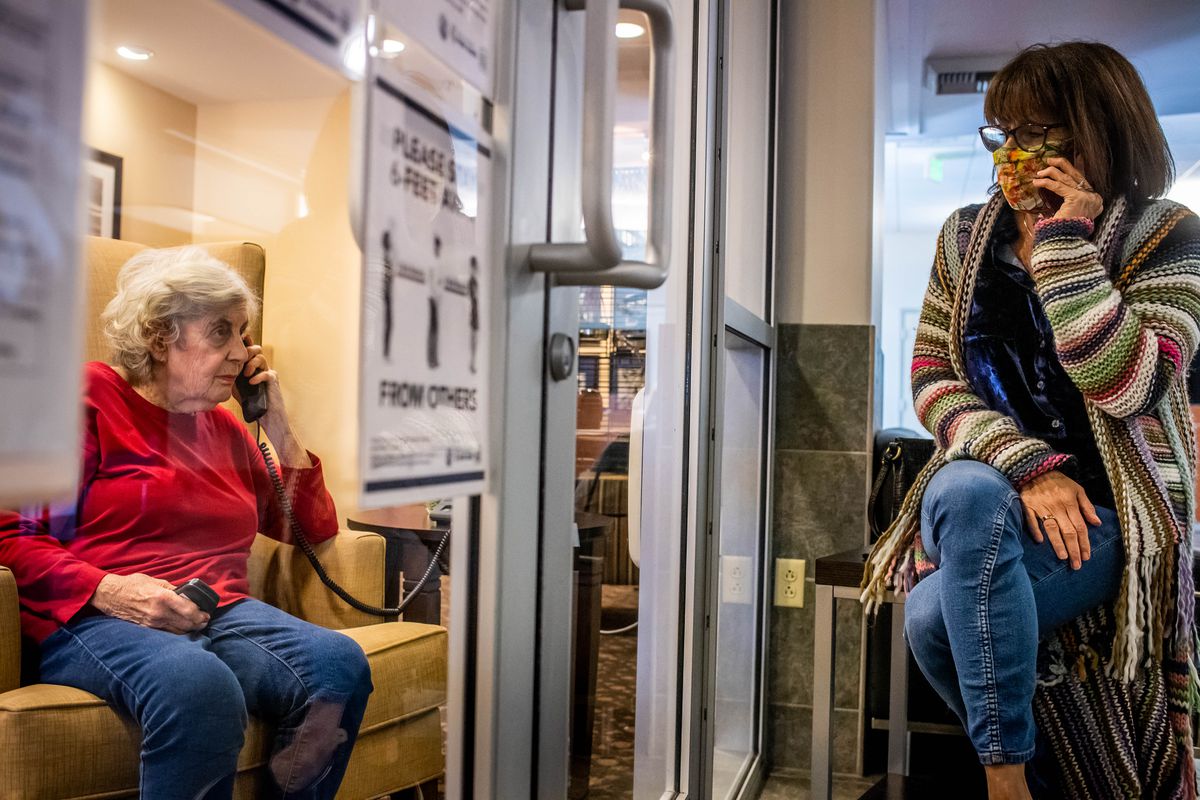 Deaths from Covid-19 are at some of their lowest rates in the United States since the start of the pandemic, but they’re still alarmingly high, according to some health officials.

The Centers for Disease Control and Prevention reported this week that, on average, close to 400 people are dying of the disease every day. The total number of cases, hospitalizations, and deaths is trending downward, albeit at an agonizingly slow pace. And as summer gives way to fall, federal health officials are bracing for another spike in cases.

The good news is that it’s unlikely the Covid-19 surge expected this fall will rack up tolls anywhere near those last year or the year before, given how much immunity is now present throughout the population. More than 79 percent of Americans have had at least one dose of a Covid-19 vaccine, 67 percent have had two, and 33 percent have had three. Add to that the protection from surviving prior waves of infection, and there are few people left whose immune systems are completely naive to the virus. Multiple effective treatments are available for the disease now as well.

Yet despite the widespread exposure to the disease, there are still millions of people who are at risk of severe illness or death from Covid-19. “It’s really the people who have somehow managed to go without any vaccination at all,” said Daniel Kuritzkes, head of the infectious diseases division at Brigham and Women’s Hospital. Right now, one in five Americans haven’t received any doses of a vaccine. These people face the highest death rates, especially if they have preexisting health conditions or are older adults. They die at a rate 6 to 11 times that of people who received their shots.

But some vaccinated people are facing rising risks from Covid-19 as well. In fact, the number of Americans who have been vaccinated are comprising a growing share of deaths, even though their overall mortality rate remains lower than that of unvaccinated people. The latest figures show that people with multiple risk factors, like older adults who live in nursing homes, remain at high risk for complications and fatalities. Add to that waning immunity and a more transmissible version of the virus, and you have an increasing number of people becoming vulnerable again.

“This is a pretty sad reality,” said Sean Leng, a professor at Johns Hopkins University School of Medicine who studies geriatrics. “Older individuals still shoulder the majority of deaths.”

Three years into the pandemic, Covid-19 is still one of the leading causes of death across the US, but many people — individuals, businesses, even public health officials — have moved on and largely resumed life as normal. That’s making it harder to contain the spread of the disease.

However, there are ways to prevent more deaths from Covid-19, even among the people who are most susceptible. These tactics demand a comprehensive public health strategy including limiting transmission of the virus, reformulating vaccines to counter the latest variants, and mounting an aggressive campaign to lift vaccination and booster uptake rates as high as possible.

That’s why the upcoming fall booster campaign with redesigned vaccines is so critical: The number of people who get their shots will shape the rising wave of infections and, ultimately, how many more people will die from Covid-19.

In fact, older adults are making up an even larger share of deaths now than earlier in the pandemic. Take Los Angeles County, for example. It’s the largest county by population in the US and has reported the largest number of Covid-19 deaths. Health officials have been tracking how these deaths have changed over time, and they found that the share of deaths among older adults had grown in recent months.

“A higher proportion of the deaths were younger adults a year ago than this year,” said Paul Simon, chief science officer at the Los Angeles County Department of Public Health. From May through July of this year, 53 percent of deaths were in people ages 80 and up, and 27 percent were in people 65 to 79.

Several factors are at play here. One is that vaccines were rolled out by age group, with the oldest at the front of the line. For months, younger adults had to wait for their shots and continued to face Covid-19 without protection. As younger people became eligible, their share of the death toll began to shrink relative to older adults.

Meanwhile, older adults experience problems that leave them at greater risk than younger people, even when they’re vaccinated. As people age, their immune systems weaken or may become poorly regulated. More infections can take root or lead to dangerous overreactions. People also accumulate more chronic health conditions, like diabetes and high blood pressure, later in life. Treatments for diseases such as cancer can compromise the immune system. This further impairs the body’s ability to corral an invader, even with vaccines and boosters.

Aging affects how well vaccines work, too. In response to a vaccine, the immune system produces antibodies, proteins that can bind to the virus and prevent it from causing an infection. Antibody levels ramp up after vaccination, but in older adults, it doesn’t always reach levels as high as in younger people. Production also tapers off faster in older adults, sometimes in less than six months, leaving them more vulnerable to breakthrough infections.

Boosters do bring antibody levels back up, but uptake has been slow across the US, even in people over 65. It doesn’t help matters that the virus that causes Covid-19 has continued to mutate, and the latest subvariants of the highly transmissible omicron variant are especially adept at evading the immune system. Antibodies produced from the first generation of vaccines have a more difficult time attaching to newer variants, rendering them less effective at preventing infection and illness.

Public health measures meant to limit the spread of the virus are also all but gone. The CDC has relaxed Covid-19 testing and isolation guidelines. Face mask mandates and social distancing regulations have disappeared throughout the country, and many people have resumed their lives and interactions as before, increasing the chances of the virus jumping from person to person.

But older adults are not the only ones dying. Although younger people face far lower chances of developing severe Covid-19, they also have the lowest vaccine uptake rates. During the initial omicron wave this past winter, people under the age of 18 accounted for up to a quarter of new cases, with spikes in hospitalizations and deaths following thereafter. Children also experienced more opportunities for infection during the winter and spring of this year as schools reopened and gatherings resumed.

The continuing spread of the disease in children also poses problems for adults. Children can transmit the virus to grown-ups, including those who are more likely to experience dangerous complications. And the more that Covid-19 circulates, the greater the chances that the virus acquires mutations that make it more transmissible, more elusive, or more dangerous.

Covid-19 deaths are far below their peak, and while the virus is not likely to ever go away, the current death rate could still fall further. So far this year, about 4,700 people have died from Covid-19 in Los Angeles County, making the virus second only to heart disease, which killed 11,000, in terms of mortality.

“Despite that lower mortality, we’re still seeing numbers that are far too high,” Simon said. “This shouldn’t be viewed as normal.”

But deaths won’t decline on their own; it will take deliberate effort. The first step is to ensure that everyone — but particularly the most vulnerable — has their immunity topped up.

The Food and Drug Administration is poised to authorize new versions of Covid-19 vaccines from Moderna as well as Pfizer/BioNTech that are targeted against newer variants to be deployed as boosters. These reformulated doses may provide better protection against the latest versions of the virus than the original vaccines, and will be the pillar of the next booster campaign this fall.

However, improved vaccines only work if people are willing to get them, so health officials also need to come up with ways to convince more people to get their shots.

“The mantra I always have is, ‘Vaccination saves lives, not the vaccines,’” Leng said. “You can produce all the vaccines you want and put them onto shelves and not into people’s arms, and it won’t do much good.”

And the strategy has to go beyond vaccinating the vulnerable to vaccinating the people they encounter, like family members, health workers, and staffers in care facilities. “Just as important is creating what I call a cocoon around seniors to protect them, making sure that everybody around them is also fully vaccinated,” said Simon.

For those who do fall ill, there are now effective treatments for Covid-19, like the antiviral drug paxlovid. That’s helped reduce the death rate from severe Covid-19, especially in older adults. However, there are still a number of hurdles ahead of getting the drug that could stop the people who need the treatment from getting it. First, you have to have a positive Covid-19 test and be aware that treatment is available. Then you have to seek out treatment in the early days of an infection and hope that the drugs are available in your area.

“I think that overall that immunity is probably playing a bigger role than treatment in preventing death and other severe consequences, but certainly therapeutics have played an important role in those who become infected despite vaccination,” Kuritzkes said.

Preventing Covid-19 deaths also hinges on curbing transmission of the virus. That’s increasingly difficult as the virus continues to evolve in ways that make it more transmissible and evasive of the immune system while the patience for mask mandates and distancing evaporates. That means individuals will have to be proactive about testing themselves, isolating if they test positive for the virus, and wearing masks and distancing in high-risk settings. Another benefit of slowing the spread of the virus is that it limits the opportunities it has to mutate in dangerous ways.

The virus itself is unlikely to go away entirely. That hundreds of people are still dying every day from this disease means the crisis is not yet over. But it’s clear that there are many ways to reduce its harm, with the most effective tactic being vaccination using the most up-to-date shots, especially for those who have yet to receive their initial course of immunizations.

Americans may have to live with Covid-19, but they don’t have to die from it.